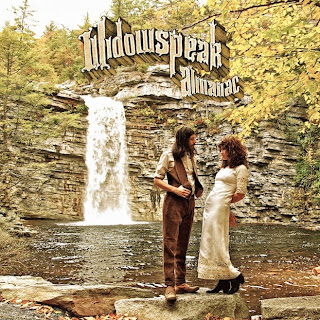 Not all that long ago- earlier this year, actually- I contemplated starting a music blog based around female music only.   It would spotlight women in music and not feature any men really.   I wanted to do this primarily because I’ve always felt like I didn’t have enough positive female role models growing up, especially in music, and now there seems to be an abundance of women in music that I like.  Where were you all when I was growing up?

In any event, I am somewhat grateful now that I didn’t make that blog because after a while writing about women in music becomes redundant.  Sure, in ten years, people will have plenty of influences to look back at and compare new bands with, Widowspeak being one of them.

But right now, I’m forced to issue standard comparisons like Cranberries, L7, That Dog and, well,  you get the point if you’ve read my reviews before.   But Widowspeak makes me hopeful because one day in the future I will compare a band to a mix of Widowspeak, Colleen Green and Drowner.   Who knows, at least in the future I’ll have more options.  My son will have more options of women to listen to make music.  For that I am both thankful and hopeful.
Posted by Joshua Macala at 9:02 AM