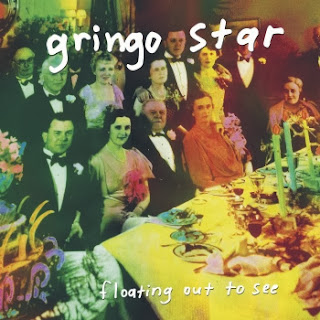 When Weezer first debuted their song “Buddy Holly”, which I heard performed live with the precursor of “This is going to be our next single”, I never thought that so many bands would sound like a cross between Buddy Holly and Weezer these twenty years or so later.

With the tinny sound of the guitar that borders on garage rock, Gringo Star have that Superdrag sound that can be found in movies like “That Thing You Do!”.   They do, however, add their own sort of sense and charm to their music so as to not be just another fold among the pack.

Yes, Gringo Star has accomplished something on this album that I didn’t think was possible in music anymore.  They have managed to make themselves a big fish in a big sea, if you will pardon the play on words from the album title.
Posted by Joshua Macala at 8:37 AM