I actually first saw the name Julianna Barwick on a show poster from Shana Falana, who were opening for her.  I then looked her up on Band Camp, and consequently Spotify, found this album and decided to review it since it also showed me the tour date of her opening for Sigur Ros. 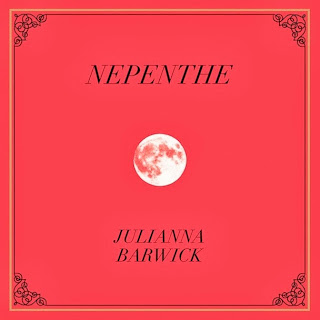 I never really pictured Barwick as being a singer/songwriter type because she was headlining a show with Shana Falana and so I only imagined it would shoegaze or something along those lines.

While it is somewhat in the genre of shoegaze, it really has more of a spatial feel, an ambient sense to it if you will.    But what really grabbed me about it was that this music was so gender neutral, and it created such a huge atmosphere that I immediately fell in love.

There are these vocals on the first few songs that sound more just like backing vocals than anything, and if you weren’t aware of them being female based on the name “Julianna”, then you probably would just live in your non-gender world and be completely happy.

If these first few songs cannot get you into this album on a whole, and win you over as a fan of Barwick as it has done me, then I don’t really know what else to tell you because you just don’t have good taste in music.
Posted by Joshua Macala at 7:06 AM