Once upon a time, the Eels were a band.  And what’s this?  They’re still a band!  I actually really like the Eels and have since I first heard them back in the early ‘00’s.   This album reminds me of a distorted collaboration between Beck and Tom Waits, which I would call “Beck Waits”. 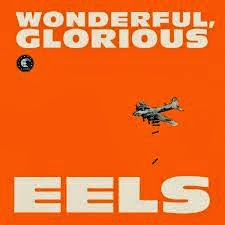 Yes, everyone seemingly put out new music in 2013 and Eels are no exception.  But this is still rather good and you should be happy.  If you’re not an Eels fan, you should be.
Posted by Joshua Macala at 8:18 AM