SPOTIFY REVIEW: Editors “The Weight of Your Love” 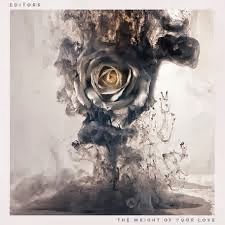 When you think of modern rock bands and indie rock bands, you tend to go to the cliché names such as Interpol, Death Cab and Radiohead.   Along with Jim Morrison, that’s what Editors also seem to be going for here.

I also would not be the least bit surprised if whoever wrote “Army of Me” sues Editors for the way this second song opens up.   I could keep going, but I’ll spare them.

Oh, wait, no.  One more thing.   There actually is a lyric pretty early on that says “I know I’m getting boring now”.   Is this band even trying anymore??
Posted by Joshua Macala at 11:53 AM