I have to admit that I wasn’t quite sure about Girls Names at first.  I knew I had never reviewed them or listened to them before, but felt like they might have some redeeming quality.  I think I was thinking of that band just called Girls, so I was going to put this on and then quickly turn it off. 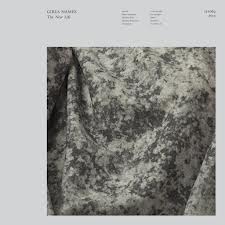 While the first song on this did put me off a little bit, I kept listening either because I wanted to give it a shot of more than just the first track or because I was busy doing something else so couldn’t be bothered to press stop at that precise moment (Which is the more likely of the two).

I wouldn’t exactly describe Girls Names as shoegaze or new wave, or anything specific in such a clear genre.   I’d put them into nugaze, which may just be something I made up.   They have distorted guitar solos that are killer and remind me of Echo and the Bunnymen.

I also can really hear some Flock of Seagulls in a song like “Hypnotic Regression”, so it has that 1980’s/new wave vibe to it, though it is not fully fledged new wave.   Growing up as a product of the 1980’s and 1990’s this is really quite fitting.   For me, music hit its peak back in the early ‘00s, before 2005, but whenever a band that comes around is new to me and they have a sound like something between 1980 and 2005 (the older the better), I am usually always inclined to listen to them.   This album is particularly good.
Posted by Joshua Macala at 8:34 AM