CD REVIEW: Zucchini Drive “No Food but Lots of Weapons”

Zucchini Drive “No Food but Lots of Weapons”
The duo known as Zucchini Drive (There aren’t many bands that start with Z, go ahead try and name more than five, so I’m guessing they chose their name in hopes of cornering the market on the last letter of the English alphabet) combine a sort indie rock/acoustic simple blend with elements of hip hop—though not in the way you’re probably thinking, in a much more laid back and unnoticeable way.
Honestly, my first thought of this duo- and it stayed strong throughout these nine songs- is that this sounds most like a slightly more serious version of Flight of the Concords.    I say slightly more serious because a song like “Gospel Oak” has female accompanying vocals to let us know that we are all screwed.   So this may not be a 100% full on comedy band, but it does have a lighter side to it.
Yes, I stand by my initial reaction that this most reminds me of Flight of the Concords.   I also want whichever one of these two dudes says he doesn’t believe in 2012 in the first song to know that as I type this (And especially by the time this album drops September 25th, 2012) 2012 shall not be the end of the world on account of leap years.   Look it up. 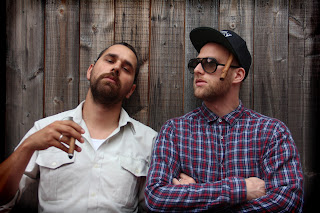