<1> “She Smokes in Bed” – This song is beginning like The Verve.   Then the vocals come in and it’s not them so much any more.  This has the sound of some indie rock band, but I don’t care who I’m trying to compare this with right now.   There are some “bah bah bah”s in here, which is cool.   And they also do sing the title of the song, which is kind of funny.   And at least now he is also warning about the dangers of smoking in bed.   It’s how a lot of people burn their houses down. 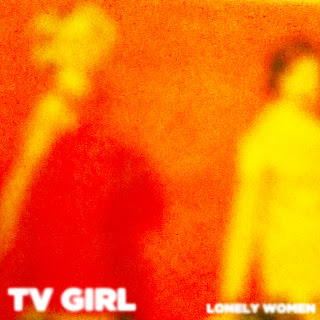 <2> “Laura” – This song begins with some funky piano and then equally funky beats.   This is like a better version of Ben Folds.   This also does resemble The Rocket Summer in ways.   The chorus is “Writing songs about you”, but he never names her by name.   And apparently not only is Laura from another planet, she is also dead.   Wow, plot twist.

<3> “My Girlfriend” – Paula Cole!  Based on this slower song so far that sounds like Lou Reed with a drum machine, I could almost imagine that these lyrics are about me.   Okay, the going out with friends part isn’t about me, I’m more of the never leaving the house type.   “But it never does any long term good to go thinking about the past”  True that.   Take a walk on the wild side, y’all.

<4> “Easier to Cry” – This is some kind of crazy electro pop rock song to start.   And now he’s singing about a cigarette between her fingers, so possibly the same girl from the first track.  So, she wanted to die but it was easier to cry.   That’s the chorus of this song.   It’s actually also the plot line to an episode of “American Dad!” I watched recently.  It was like the Bad News Bears.   And now the piano break down that reminds me of The Rocket Summer.   Bring.  That.  Beat.  Back.  This also has a Hunx quality to it.

<5> “Melanie”  - This is dreamy and romantic with banging on the piano keys, but can also be a little funky.  And now he’s just rambling off random female names.   What is this—Weezer?  Melanie sounds kind of like a bitch, but this is a nice song.  “Feel sorry for her unborn kids”.   Whoa, and that’s a technical foul.  If Melanie is a real person, I feel very badly for her.
Posted by Joshua Macala at 9:49 AM