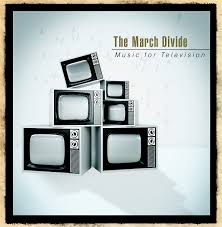 While this is usually a turn off for me, I enjoyed The March Divide’s full length and I find myself just as much enjoying this seven song EP.   The songs have a pop quality to them in ways, but I wouldn’t call them pop so much as grounded, in the sense that they are down to earth and relatable.

It comes as no surprise that the female vocals make their return on this EP because, well, a lot of these songs are about girls and struggling with life as well.    They remind me a lot of the confessional style of a band such as Say Anything or Modern Baseball, but then something more acoustic like Dashboard Confessional for example can come out as well.

As an accompaniment to the full length, this EP makes for a great added bonus in many ways.   But that isn’t to say that this EP can’t hold its own.
Posted by Joshua Macala at 8:34 AM