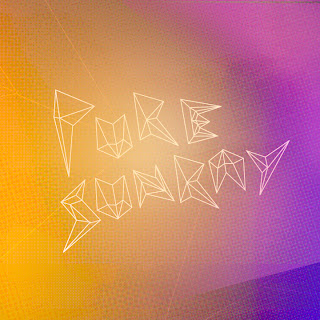 <1> “Caramel” – And we begin with a nice dance beat.  This has new wave written all over it.  And here come the male and female mixed vocals.  This is kind of like one of those radio bands, like Phoenix or Neon Trees, only not nearly as annoying.

<2> “Can You Imagine” – That is the kind of drum beat I want to hear open every song.  Then we go into some synth and dueling vocals.   This is so new wave it’s not even funny.   I really like it though.

<3> “Giver” - This song has more of a 90s rock sound to it (early 90s, not grunge… okay, maybe late 80s even) and doesn’t have the same sense of synth and new wave.   It’s still a good song though.   Well, near the end we can kind of get the drum machine back, but yeah, closer to Breakfast Club even than new wave.
Posted by Joshua Macala at 8:51 AM