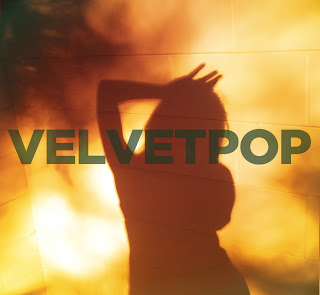 This is my first exposure to the band (or are they a duo?) known as Shana Falana, who are a part of the shoegaze movement.    Considering I tend to find more shoegaze to be good music than not, I kind of new going into this that I would like it.
So what of this album?   What does Shana Falana sound like exactly?   That’s the 64 million dollar question that everyone wants to know.   (Or at least it should be if you’re reading this instead of surfing porn)
On “Velvet Pop”, Shana Falana (Which is still fun to say) have the combined musical styles of Sleater-Kinney (but without the double vocals), Blondie and of course The Go-Go’s.   There are some musical loops in here, which seems to be common place in shoegaze, and a lot of them seem to be with the vocals, but it does not bother me at all because it just somehow seems to work.
I also need to note that the song “Journey” has a decent amount of crazy screaming in it.  It isn’t what you would think of in terms of your typical hardcore screaming or screamo band—nothing like that.    I can’t particularly place the range on it, but it is something a little louder than what you’d expect out of one of the 1980’s female rock bands that probably inspired this band, but also a bit less gritty than by a band such as, say, The Muffs.     So yeah, it’s somewhere in between The Go-Go’s and The Muffs.    That’s a pretty good place to be, right?