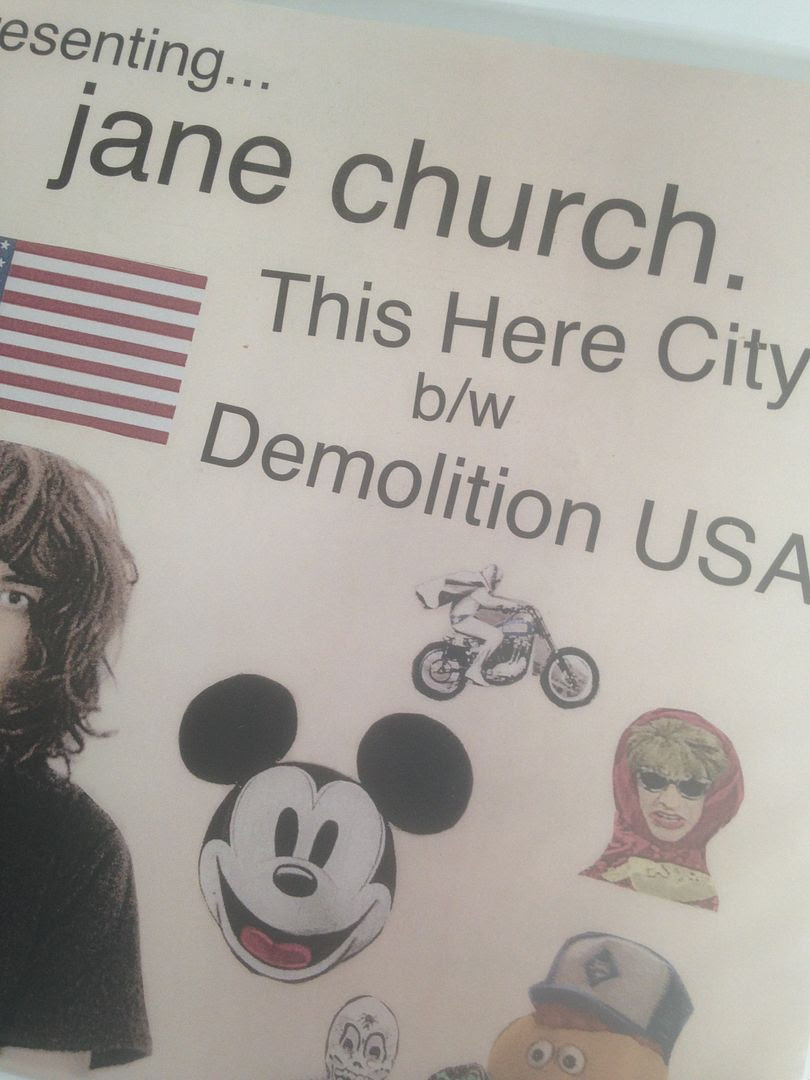 Back to one of my favorite concepts which is the 7" record serving as a single with one song per side, much like they were originally designed for back in time.   Oddly enough, this is also the first 7" I've received (that I remember) where I'm using a 45 adapter.   Granted, I might have had some in my old apartment, but since moving I got a new record player which came with its own adapter and as such, this is the first time I've used it.

"This Here City" has a sort of new wave rock sound to it.   Somewhat "Empire Records" it closes out with keys and while some might call it dreamy I prefer to think of it as starry for some reason.   It just has that blissed out sound but it stays grounded in its rock n roll essence as well.   It would make a great single, which in some ways I suppose it is, and also it could be one of those songs that is on the right soundtrack and makes people want to look further into the music of Jane Church.

"Demolition USA" is on the flip side.   It opens with more of an acoustic vibe, which then turns into this 1950's rock n roll song, like something along the lines of High Pop.   Yes, this has that sound where it feels like the flip side of a single, but at the same time, it is a stellar song in its own right.   It's winding, dreamy rock could also be traced back to early Ben Kweller (ShaSha!) but it is mostly one of these songs I think you should listen to now, by buying this 7", because eventually it's going to come out as a "B-Sides and Rarities" type of thing like, ten or however many years from now.

It's funny to me how people can submit a single song to me and expect a review when I probably couldn't even write a few sentences about it.   Yet, if it's not digital and there are two songs on a record, if you're willing to put forth that effort into it, then the landscape changes and I'm able to write about it.   Don't let this trick you into thinking though it has anything to do with my writing as much as it does with the quality of the songs.  These two songs will be forever preserved in vinyl because they are worth it. 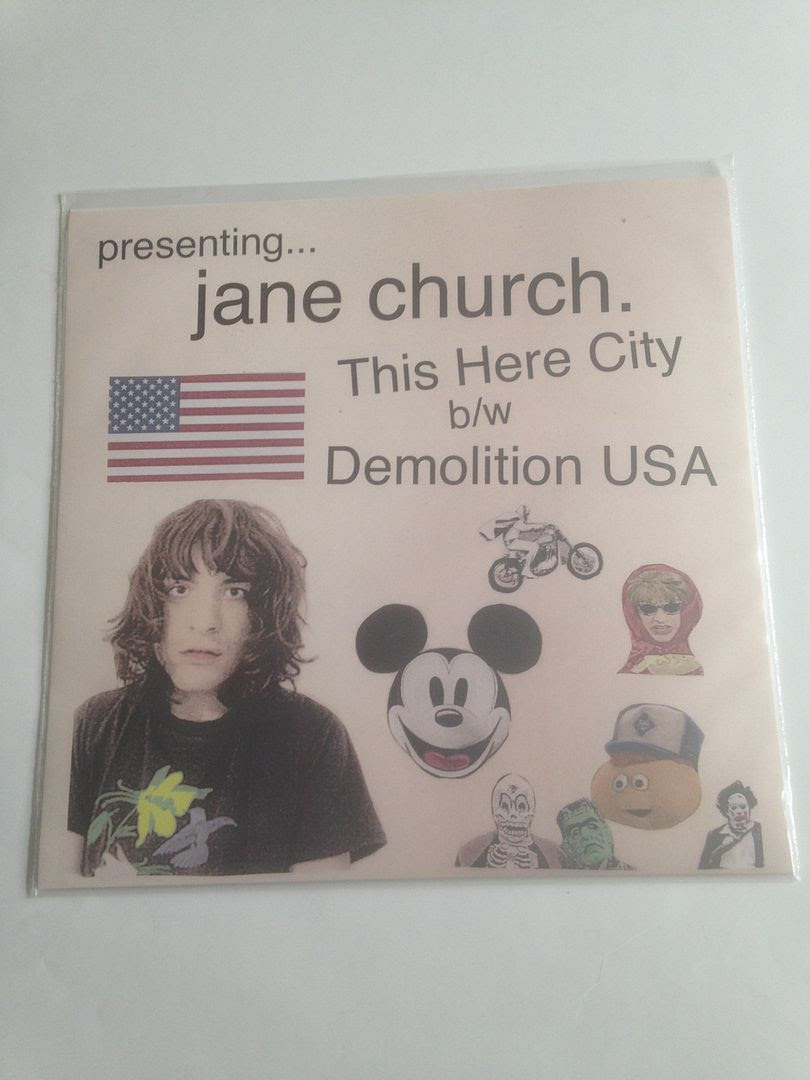 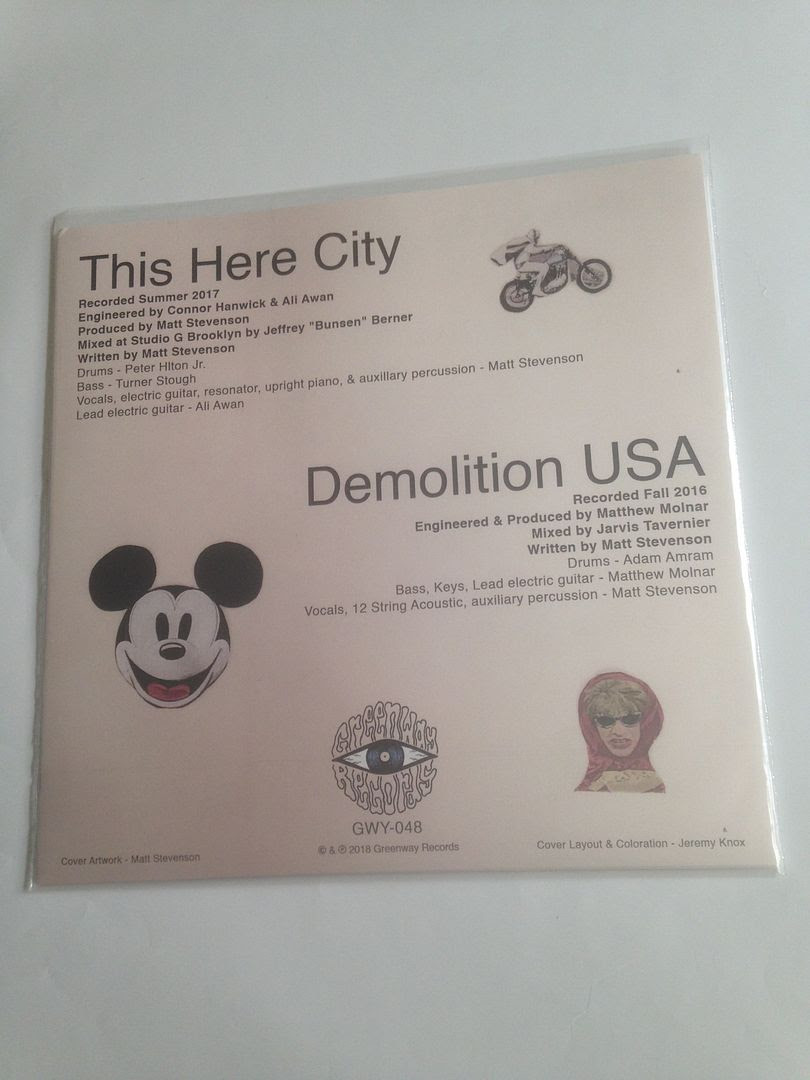 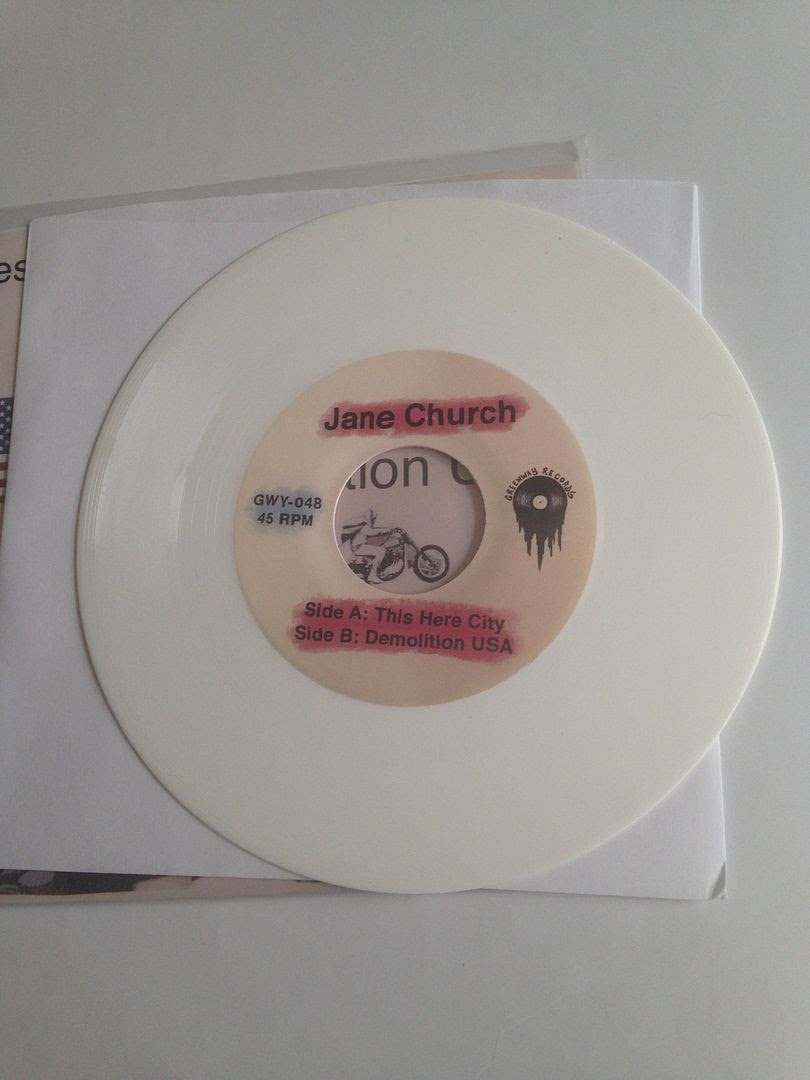 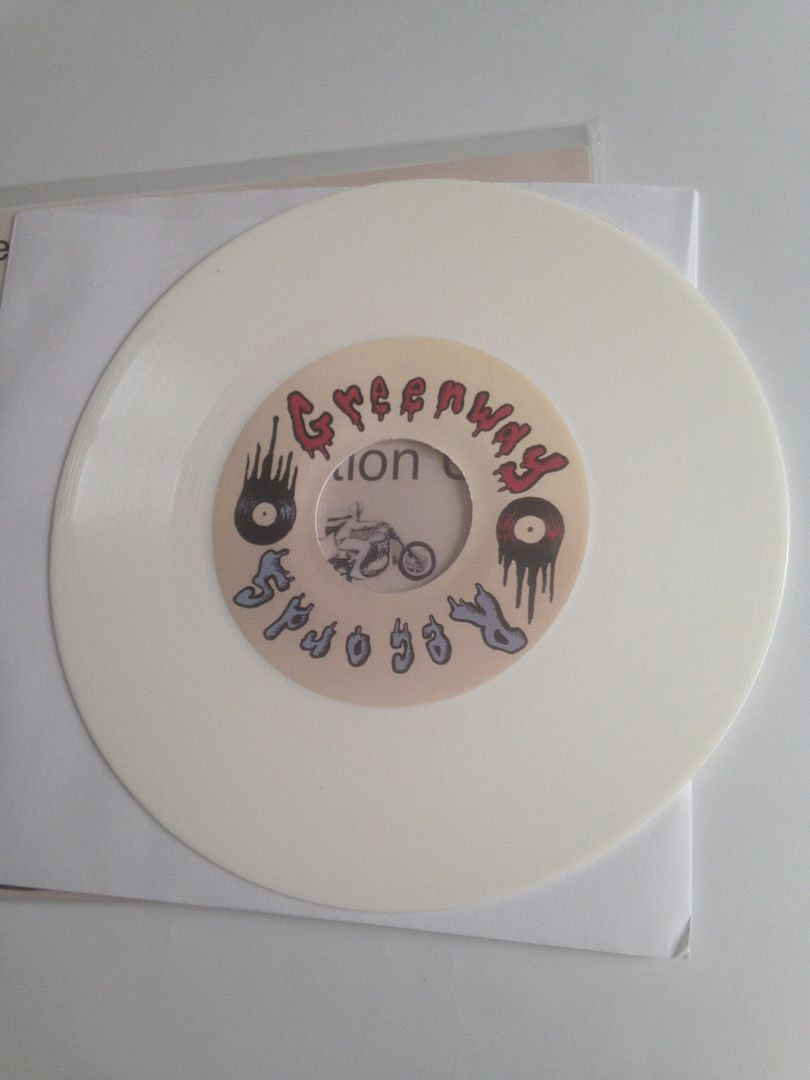 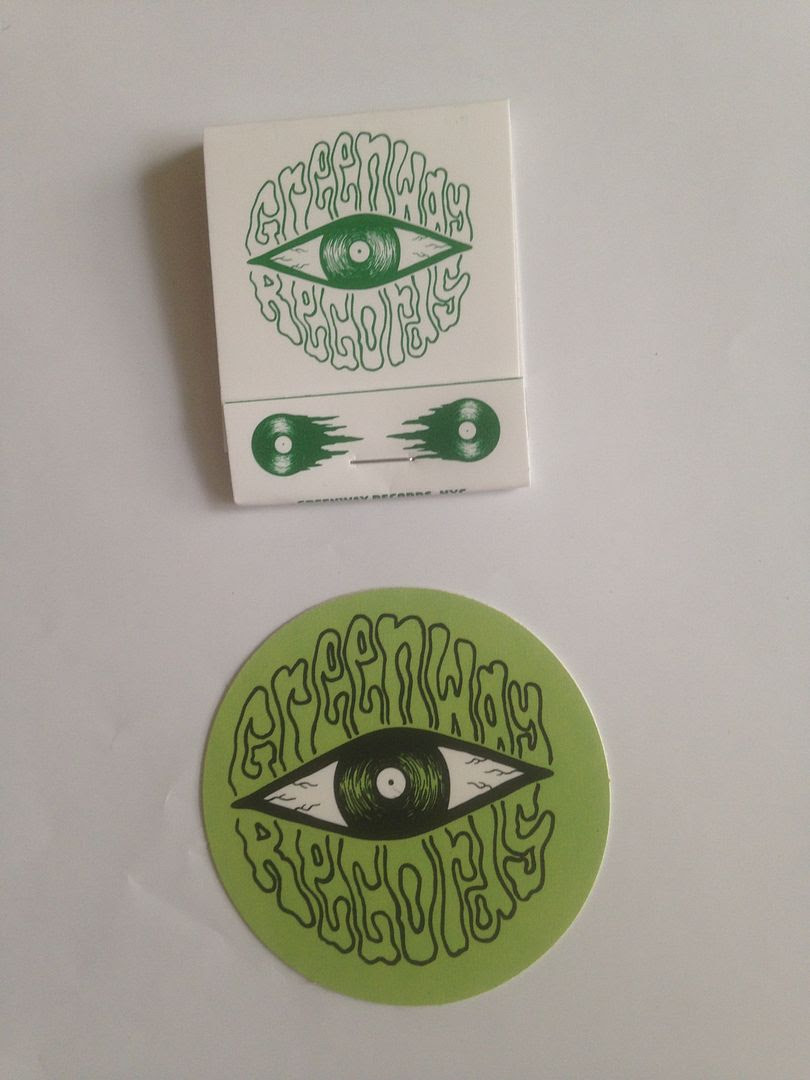 Posted by Joshua Macala at 1:49 PM