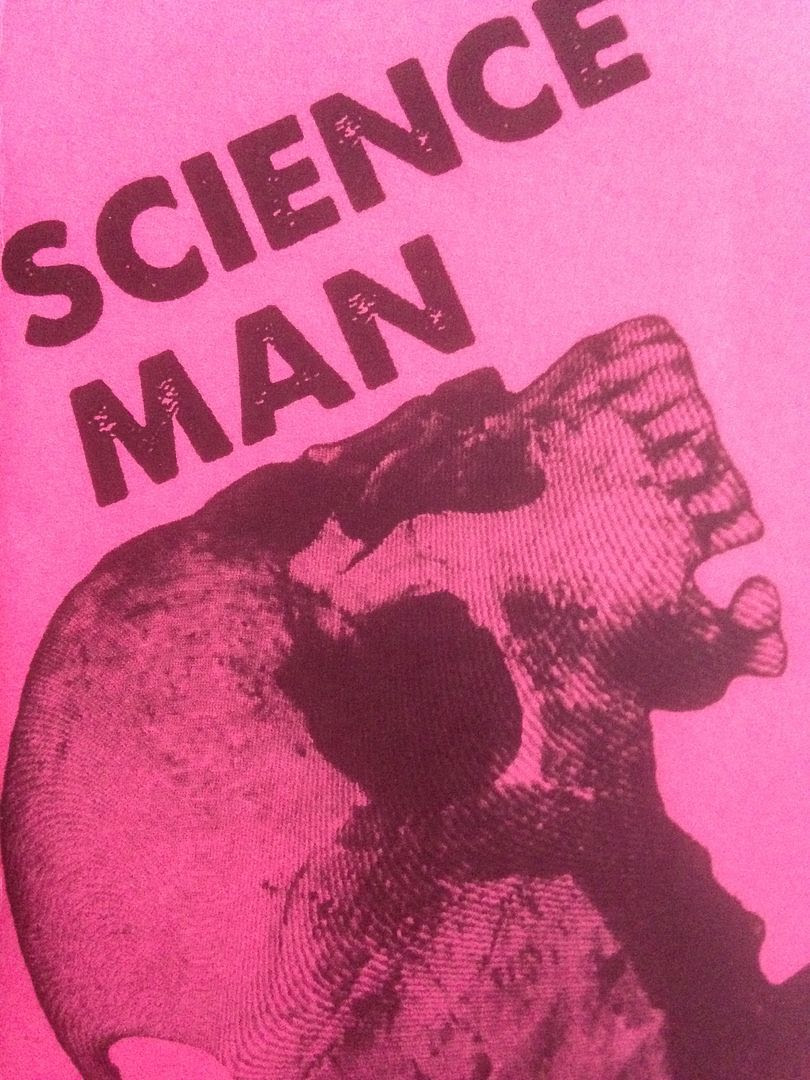 Science Man have a cassette called "Science Man" and the first song on it is called "Science Man" in which they sing about finding a cure and just in general it's kind of like their theme song.   I like how it opens up the cassette though because it's that sort of theme of "This is who we are, this is what we're here to do" and it's a nice way to be introduced to any new artist, I think.

These songs are fast paced, something like an amped up Atom and His Package at first but then they get closer to hardcore punk.   It's strange because at times I feel like they could easily be this heavier version of Oingo Boingo or some sort of similar band and then at other times I feel like they're a lighter version of Fear Before The March Of Flames.   So I guess the music is generally best described as a faster version of Oingo Boingo but not quite as heavy as FBTMOF.

As we dive further into the songs, they do seem to get heavier.  A little bit of New Bomb Turks comes out and then I can even hear something like The Dedication.    There are definite hardcore roots to this, but it's like He Is Legend in the way that it's one foot in the hardcore side and one foot in the more fun seeming punk side.   I do hear these grinding parts though which make me think of a band from Black Market Activities, something back from the time of Daughters, for example.

The last song mixes it up.   Most of these songs are around a minute in length- true punk rock style- but the final song is about three and a half minutes.   It's softer and begins with these beeps which sound like the theme from "Doogie Howser".    They repeat in sequences and it is no coincidence that they sound like machines used in hospitals.   The banging of a drum comes in and then a loop of guitar notes (or some strings) and it just has this cool vibe to it, though it is also so much unlike any other song on this cassette.

Throwing away the whole stereotype that being punk/hardcore means you can't play your instruments well, Science Man does whatever science can.    For fans of hardcore, punk and everything in between these two genres, I would put this on as loudly as you can and try not to have your friends trash your house.   Yeah, I imagine this would be a wild show to go to as just hearing it through my speakers gets me so pumped up. 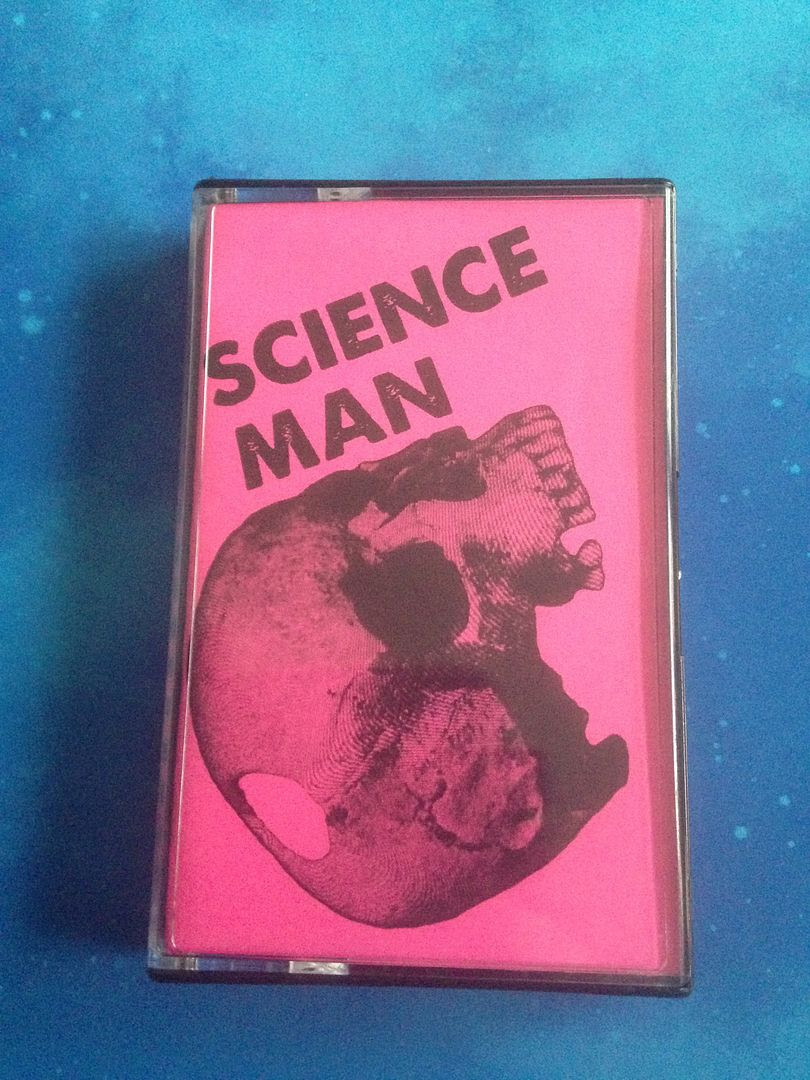 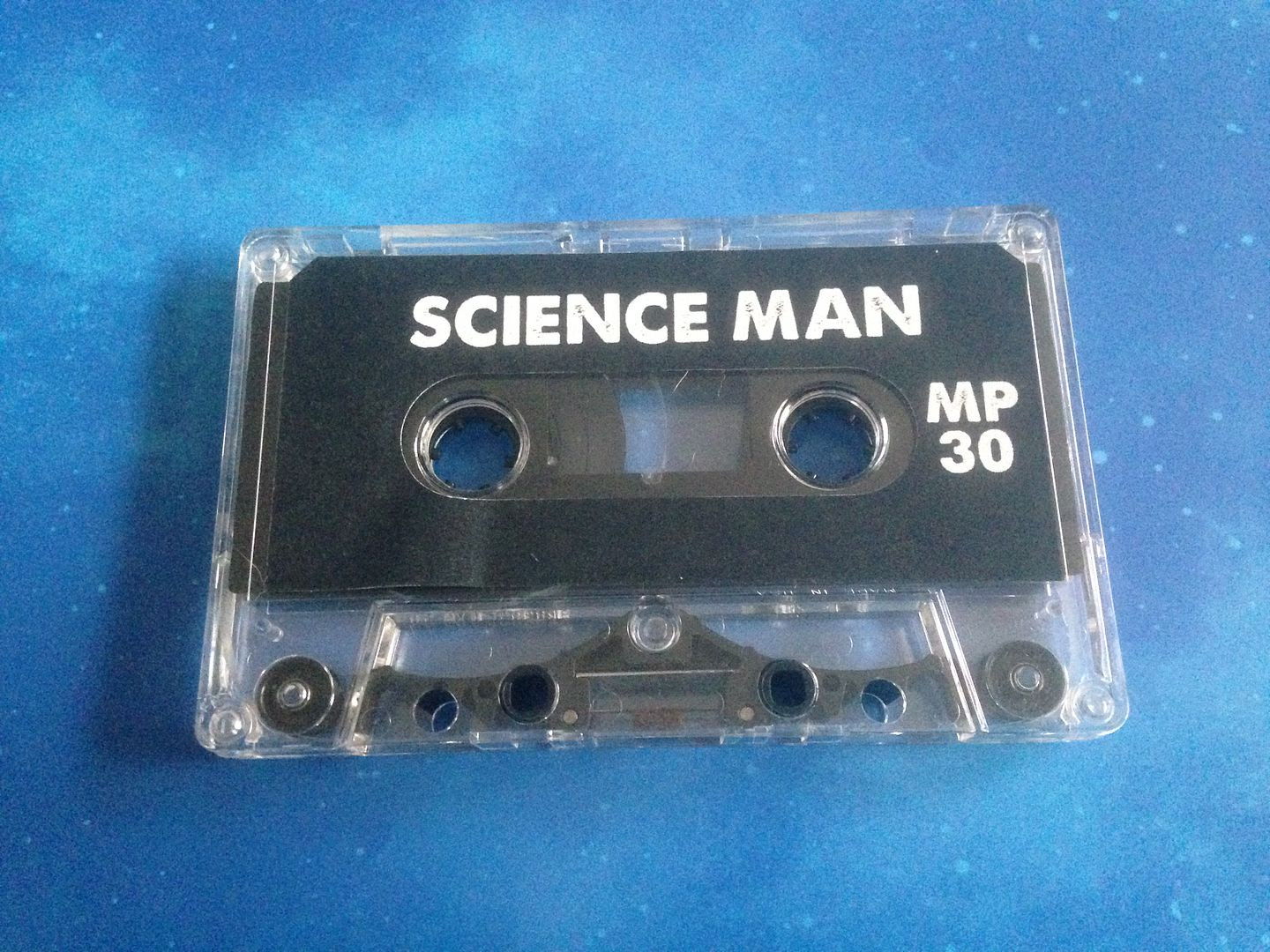 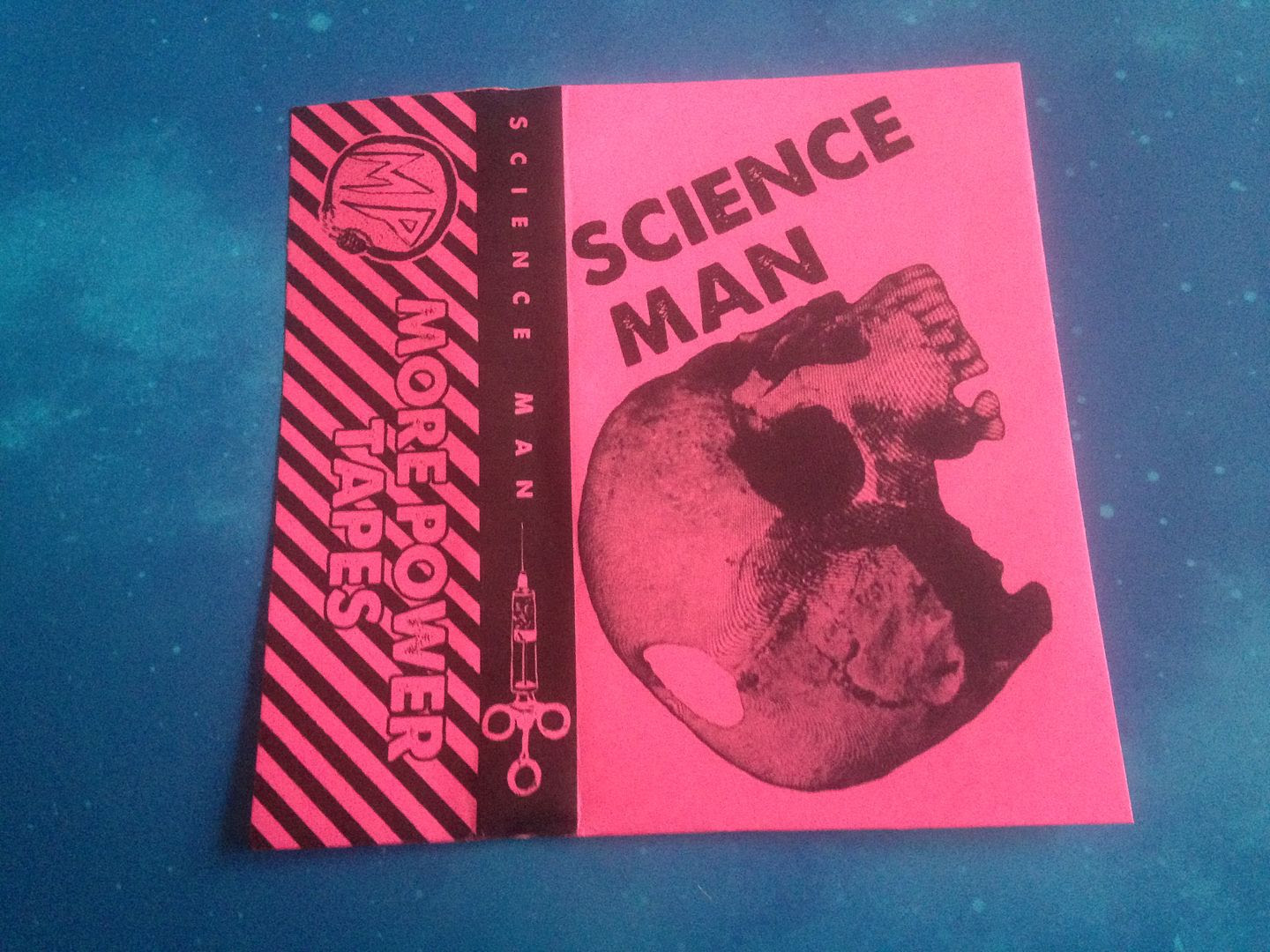 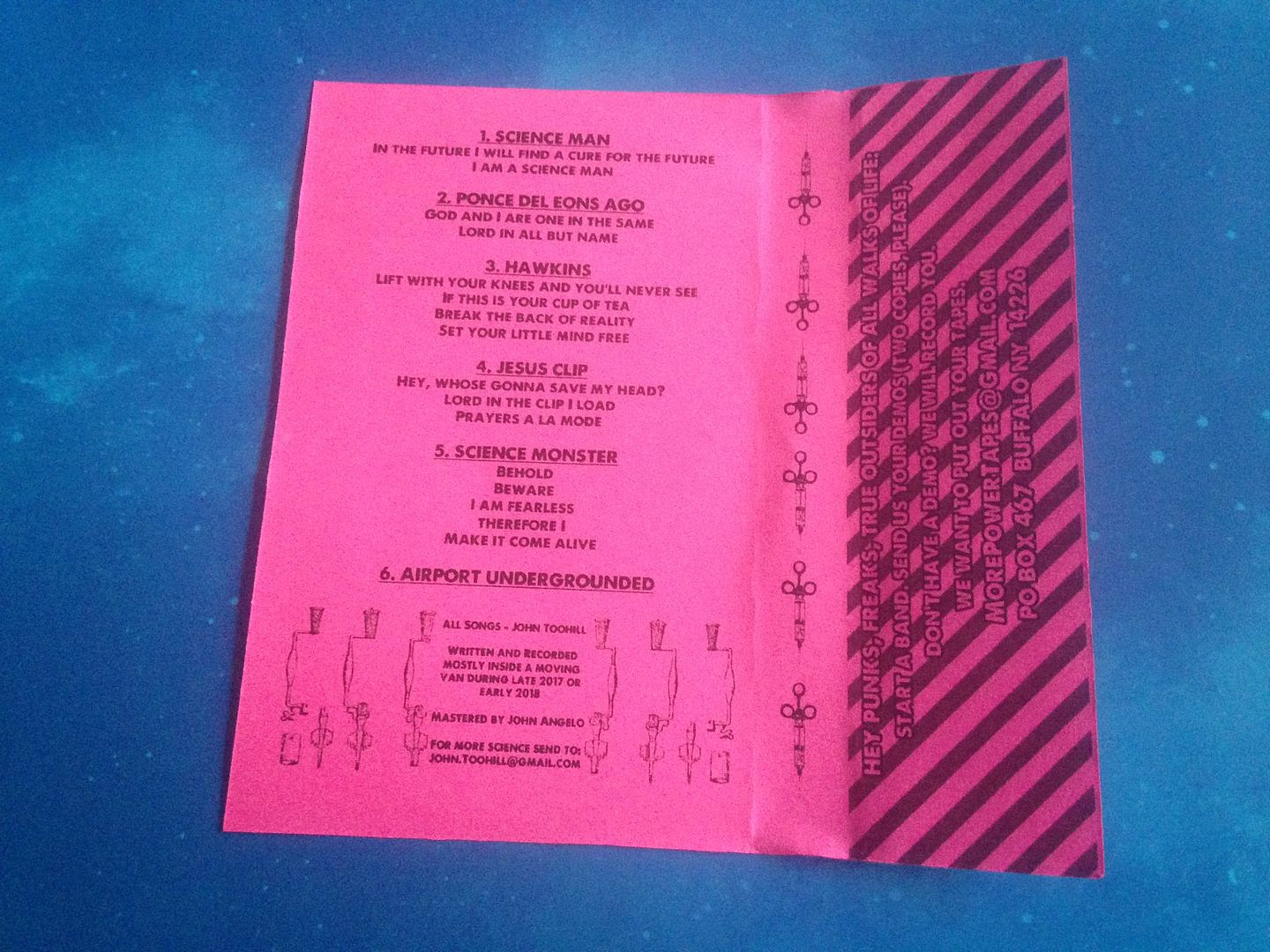