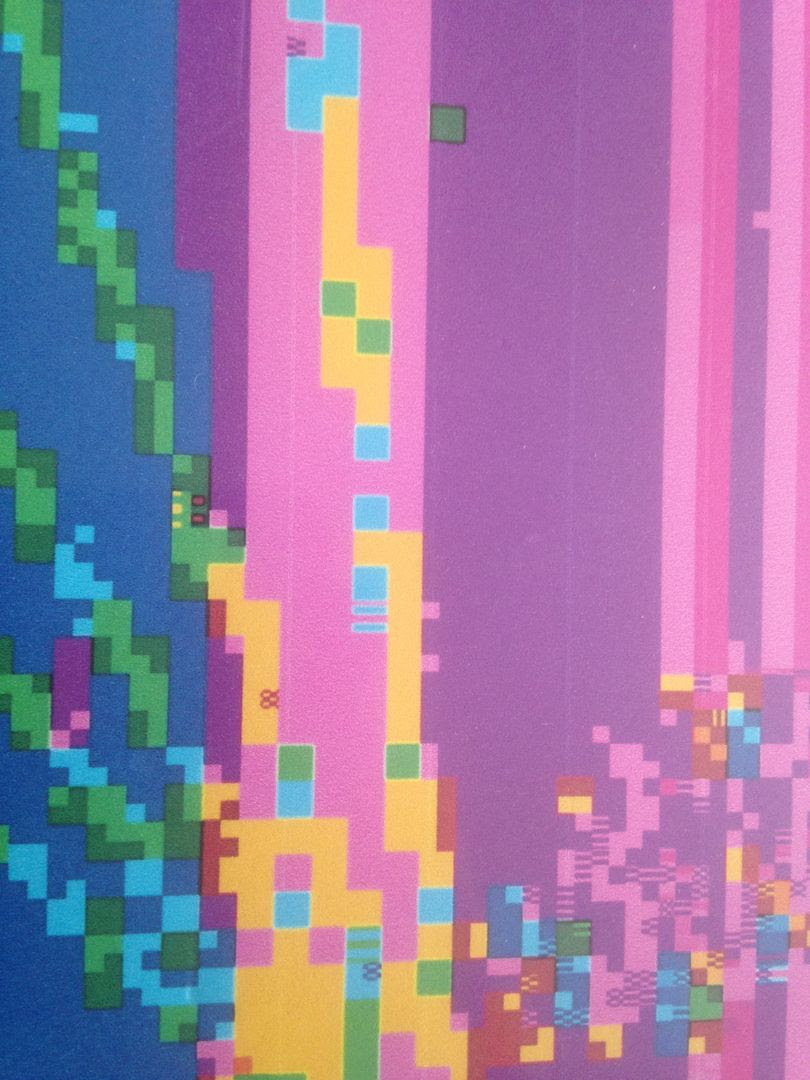 By now, you should be familiar with the music of QOHELETH based on my prior cassette and CD reviews of their music.   The audio on here shouldn't really come as a surprise to you then.   Going into this, you should know there will be a heavy sort of punk-metal with some more experimental sounds mixed in as well.   In some ways, I feel like describing the music is just redundant based upon the prior reviews but it is nice to see how the two mix together so well, how the sounds and the visuals link up in that way.   It's not just "Oh, here's a song and here's some images we liked and wanted to put with it".    They all are very deliberate and work well together.

We open with a shot of Yoda, R2D2 and a flashing light and then it says QOHELETH across the screen.    It can drone as a car drives backwards but can also just get trippy as cartoon baseballs swarm the screen.    An image of butter alternates with a cat playing guitar.   There exists a show called "Life With Louie", an animated series based on the life of Louie Anderson, and there is a joke in there about how if you leave butter out cats will lick the butter and then when you eat the butter you will die.   This has been a long standing joke in my family and it may or may not apply here but then there is also a banana playing drums.

We're warned about scams before seeing bugs and what look like potatoes.    What you have to understand about this part right now is that it just seems so wholesome, so pure- which is the way a lot of early television and movies felt- but there is this underlying message to it that makes you pay attention a little bit closer.   You know, it's like watching a show now such as "My Three Sons" (Which I've never seen, but I'm just saying as an example not as fact) and then it seems so much like "This family really loves each other!  All right!" but then the father says something like "Now get in the kitchen and make me a sandwich" to the wife, which everyone has a laugh about because it was a different time but now, in 2018, you're kind of like "Wait what".

Leave them there!  All of the items are coming out of the tube again-- televisions, hot dogs, cheeseburgers and of course baseballs.   Now we've gone into some creepy doll.   Yes, toys were a lot creepier back in the day, especially when they had low batteries or just somehow otherwise malfunctioned.    A short shot of a keyboard being played.    The image from the sticker (which is also on the back of the case) is shown now.    There is a decent amount of static in here, both audio and visual.   I've always wanted to buy VHS tapes from Good Will or wherever that were on blank tapes so it said things like "Graduation 1995" or "First Dance Recital" and splice them together to make art but I don't have the technology.

Pianos take over this video from 2017.   Could I get a video camera now- from Savers- and program it to the current date?  I don't see why not.   I want one of those video cameras though where you record direct onto VHS tapes.   If I had one sort of "dream job" in my life that would never happen because it wouldn't catch on I would want to get a video camera where you could record directly to VHS.   Then I would find a space to book shows and whenever an artist came to town I'd record their set.  I would then release the live performance and give some copies for the artist to sell themselves as well.   It would be a strictly VHS label.   Do those exist?

A commercial for concrete now.    Qoheleth Concrete seems like a legit business.   We're getting a rant about Facebook now, which is pretty funny because Facebook is such a trip.   I wouldn't be on Facebook if it wasn't for the art.  If we had an art community like Facebook but without the idiots I'd totally join that and just leave Facebook behind, but yeah, who wants to do that.   Now the QOHELETH Facebook and Bandcamp pages are plugged.   "Our Feature Presentation" comes on and it makes me think we're watching a Tarantino film.    Pianos and something stuck on repeat come through with what looks like a sock puppet but the way it's distorted with colors I can't quite be sure.
Now the concrete ad is going backwards.    It isn't just that ad though, it's a lot of different things mixed in as well and it's going a bit crazy.    This turns into a darker drone of a song where we're seeing chain link fences and what looks like someone walking around with a knife.   It has a haunted feel to it, mainly because of the music, so I assume the person in the checker Vans slip ons is up to no good.   Through this loop we then find ourselves back at this keyboard, now creating dramatic tones.   And that doll is back looking far too creepy.    Now all the baseballs are being sucked into the hose.    The bugs are also back so it feels like we're revisiting some of the earlier images but in more of a reverse order since the potato people have also returned.

It's not the music itself but the images do feel as if they're coming back in the order which we saw them earlier, as the person who originally gave us a warning about being scammed is now talking backwards about the same thing I would assume.  It feels like the images start at this certain point, then when we get to the ad for concrete they begin to drop back down and are played back in reverse.   I can't tell if the video is glitching on purpose or not now (you know, old technology) and I do also enjoy that about it.    As I see the music video from the beginning return I begin to question whether or not the audio is going backwards as well.

Yoda, R2D2 and then the FBI warning take us to what becomes the upside down version of what we just saw play through forward and backwards.    How do you play music upside down?  I don't know.  I don't think you can.   But there is still music with these upside down images and overall I just feel like when I'm watching this I'm watching something from Mtv back when they played music videos and it'd be on after midnight as well (think: "Liquid Television")   If I was the type to have parties or whatever I would also put this on as the soundtrack/visual to such an event not just to see how people react to it but because it is that good and if people didn't like it I'd kick them out. 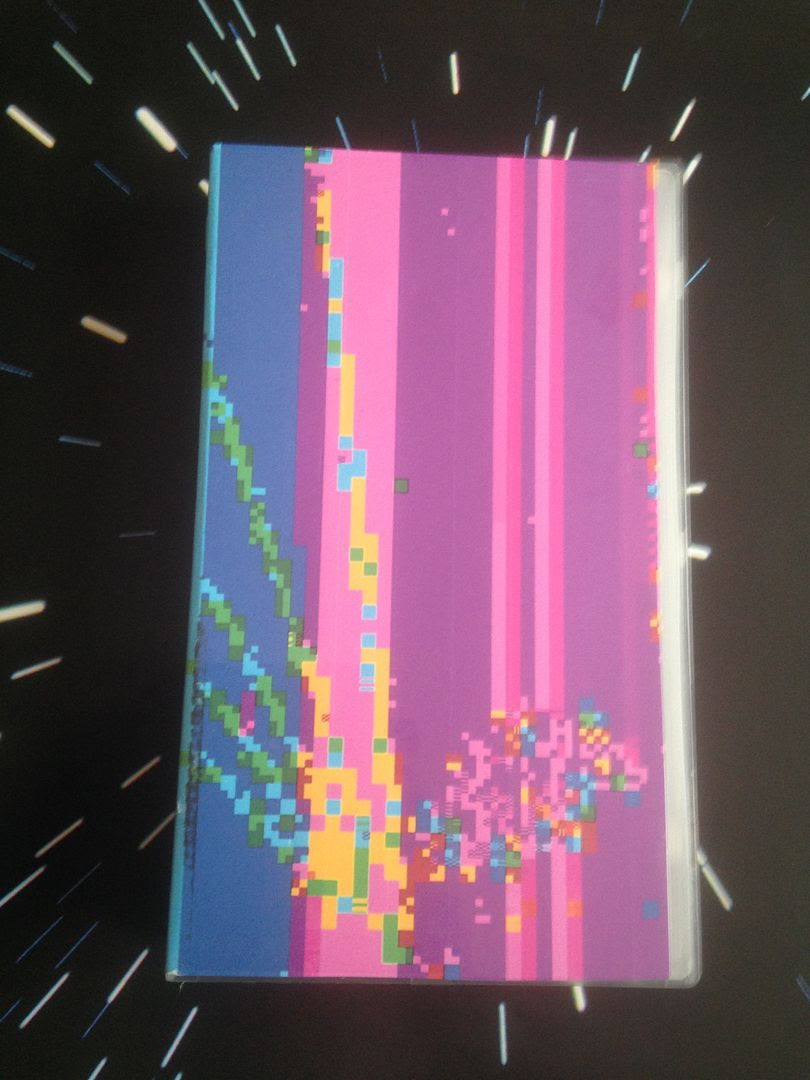 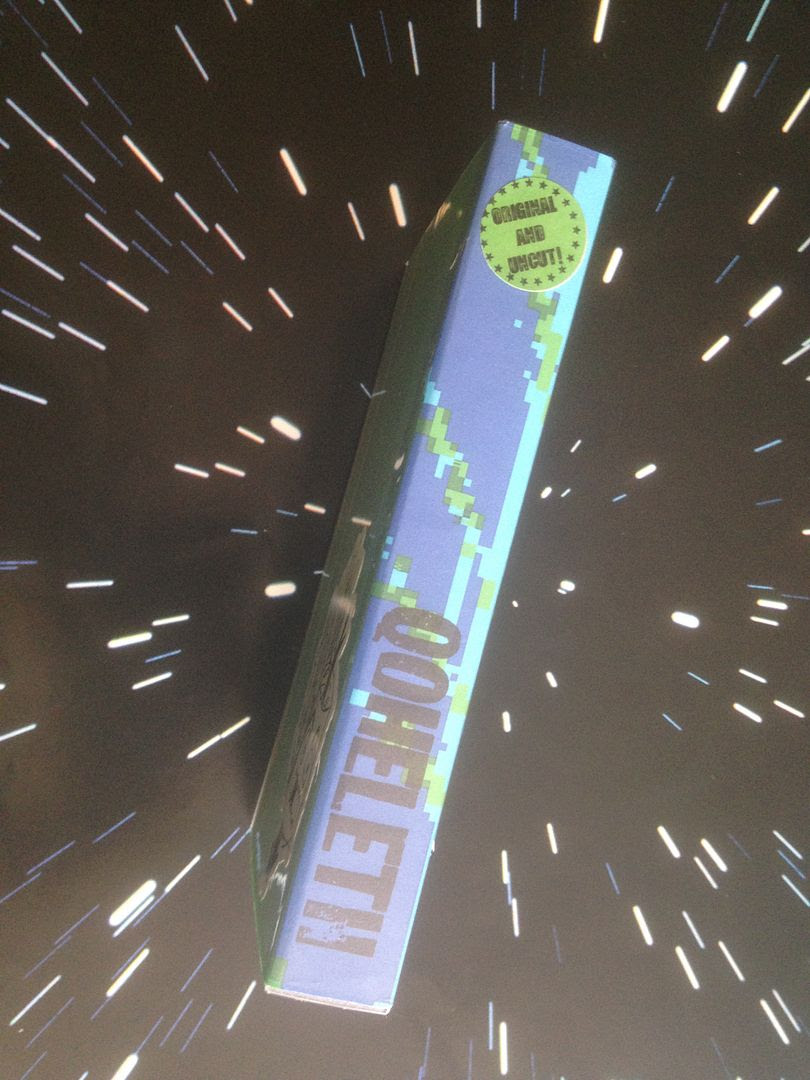 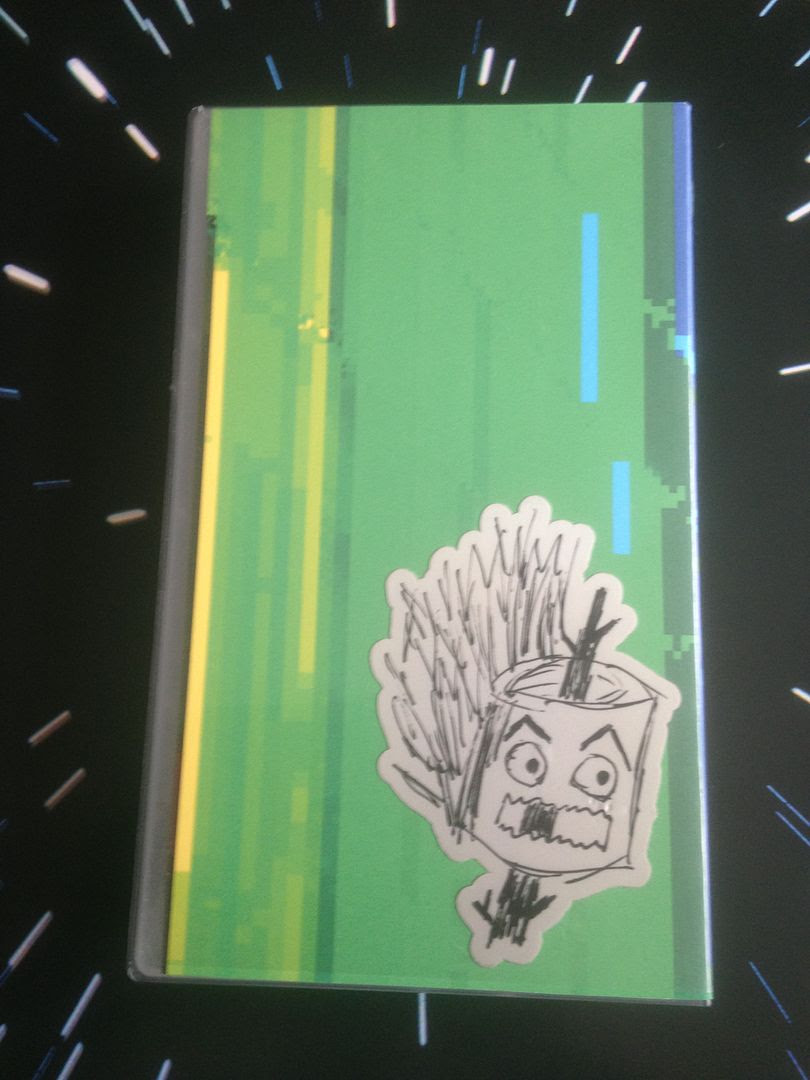 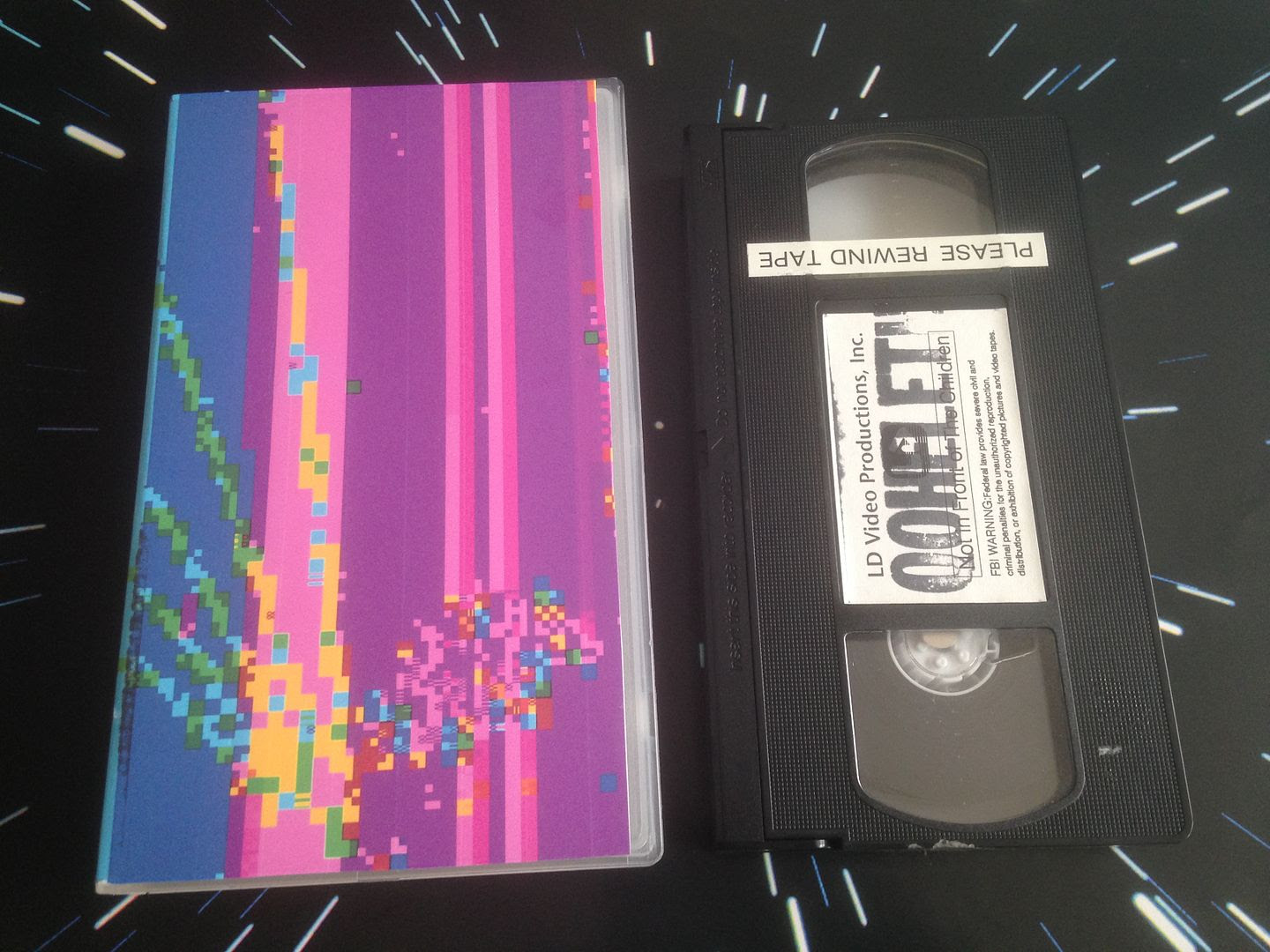 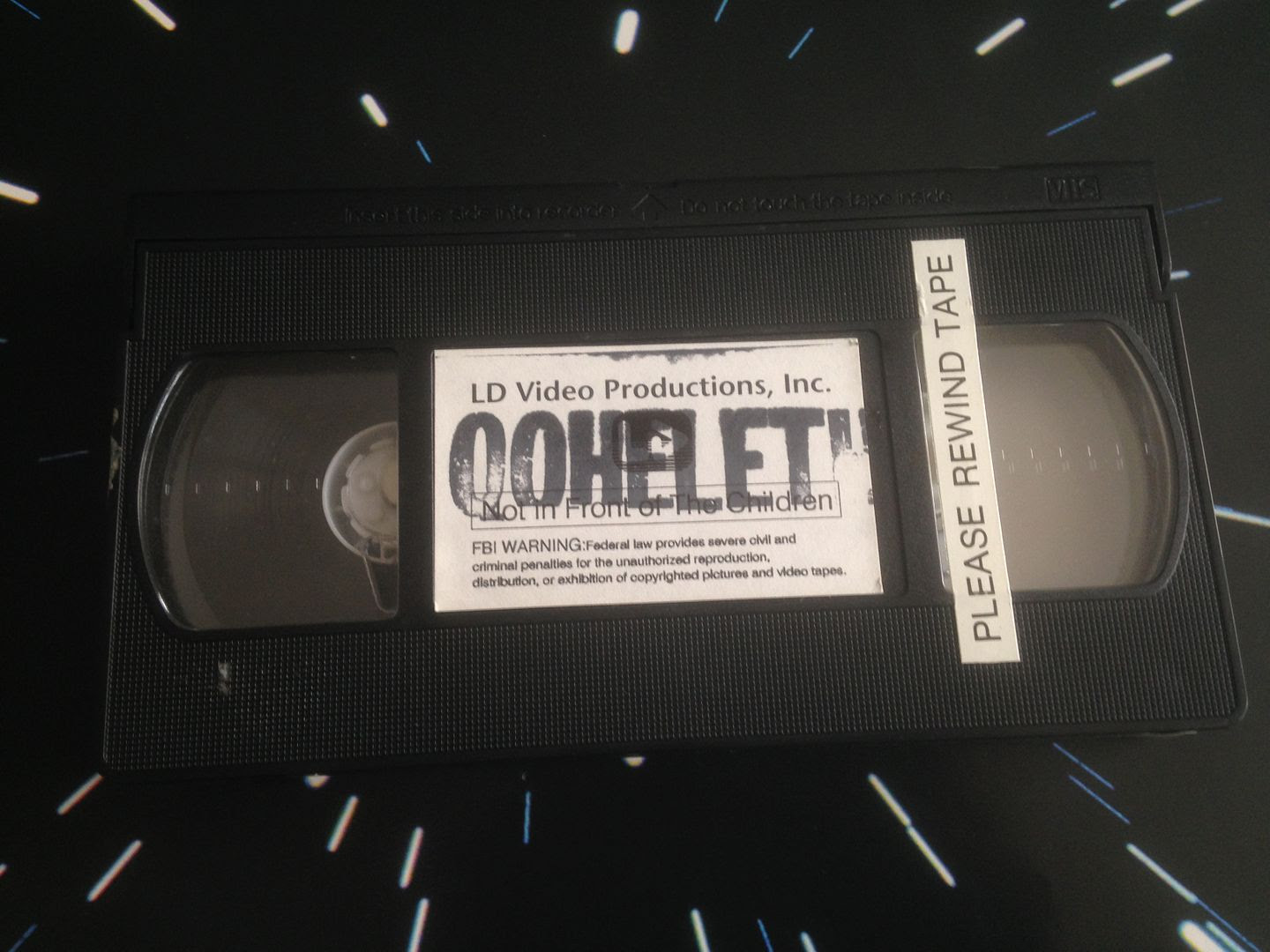 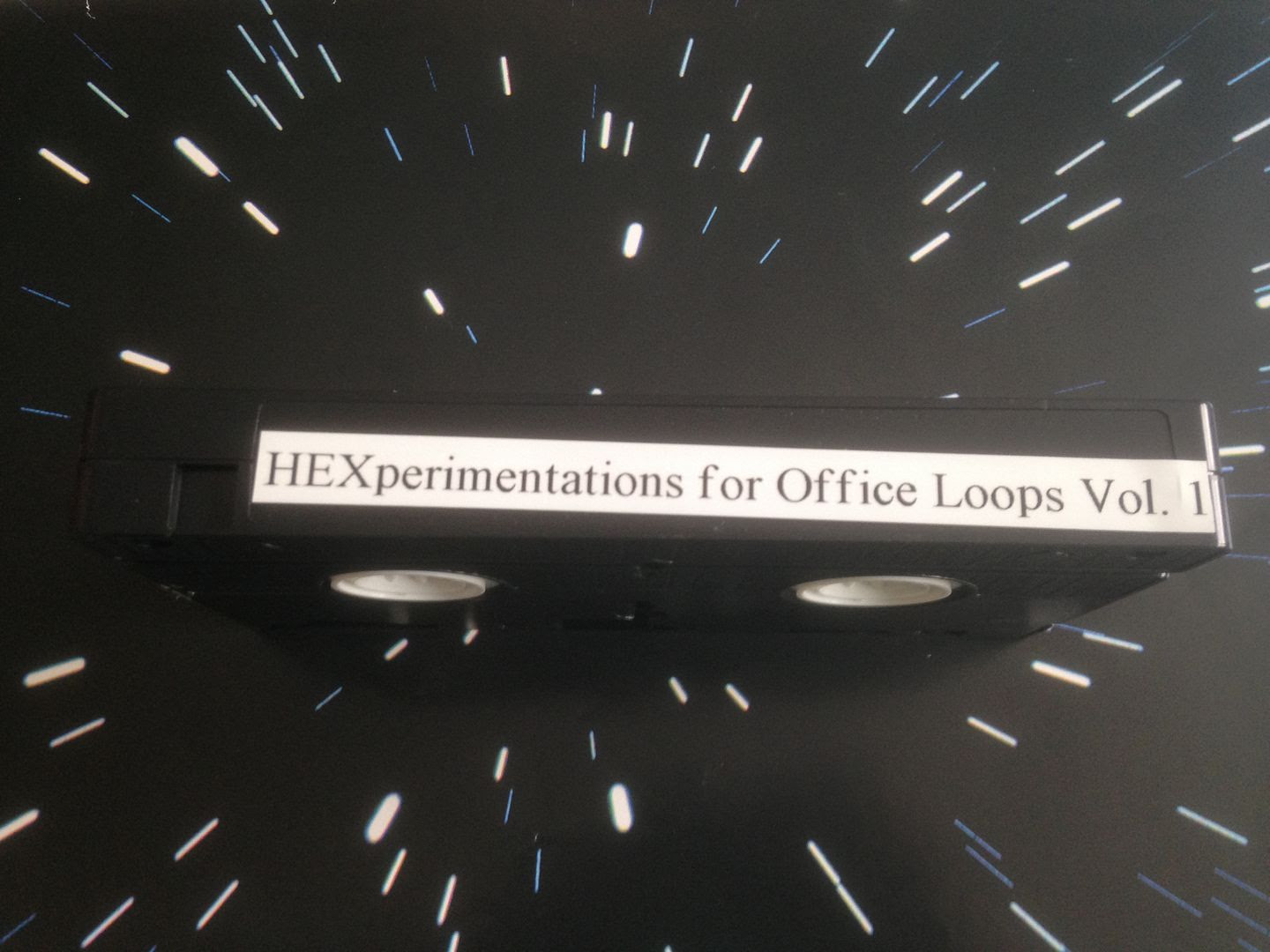 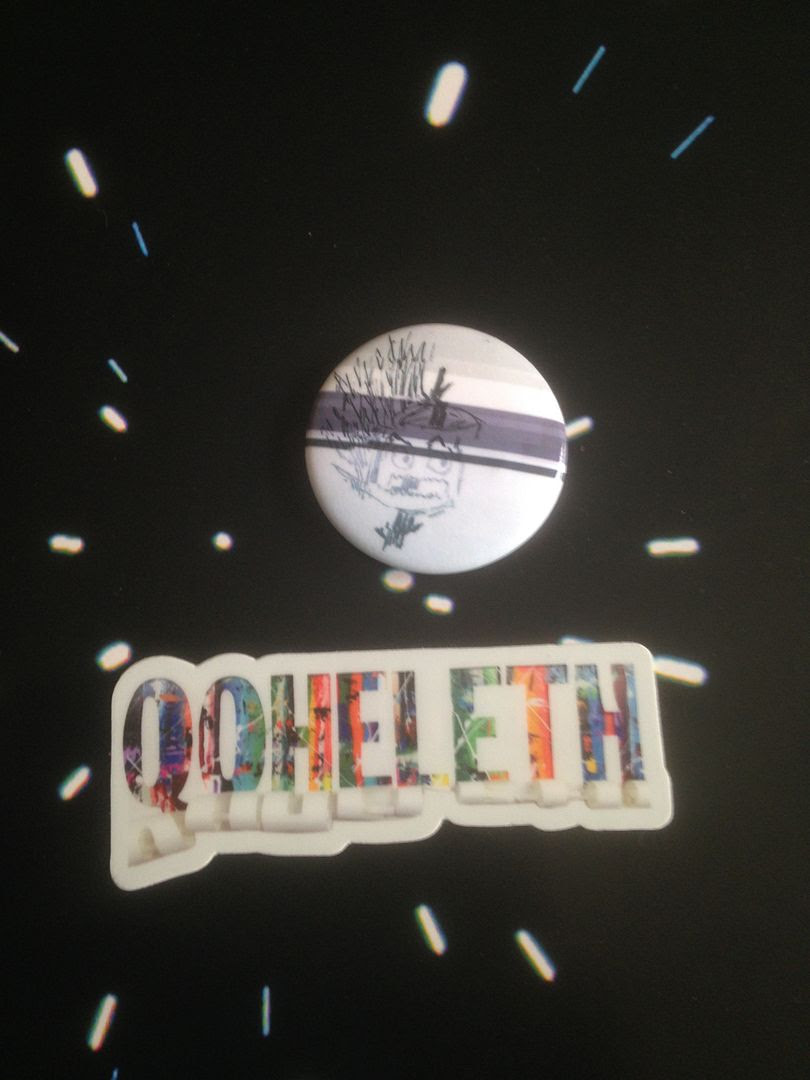 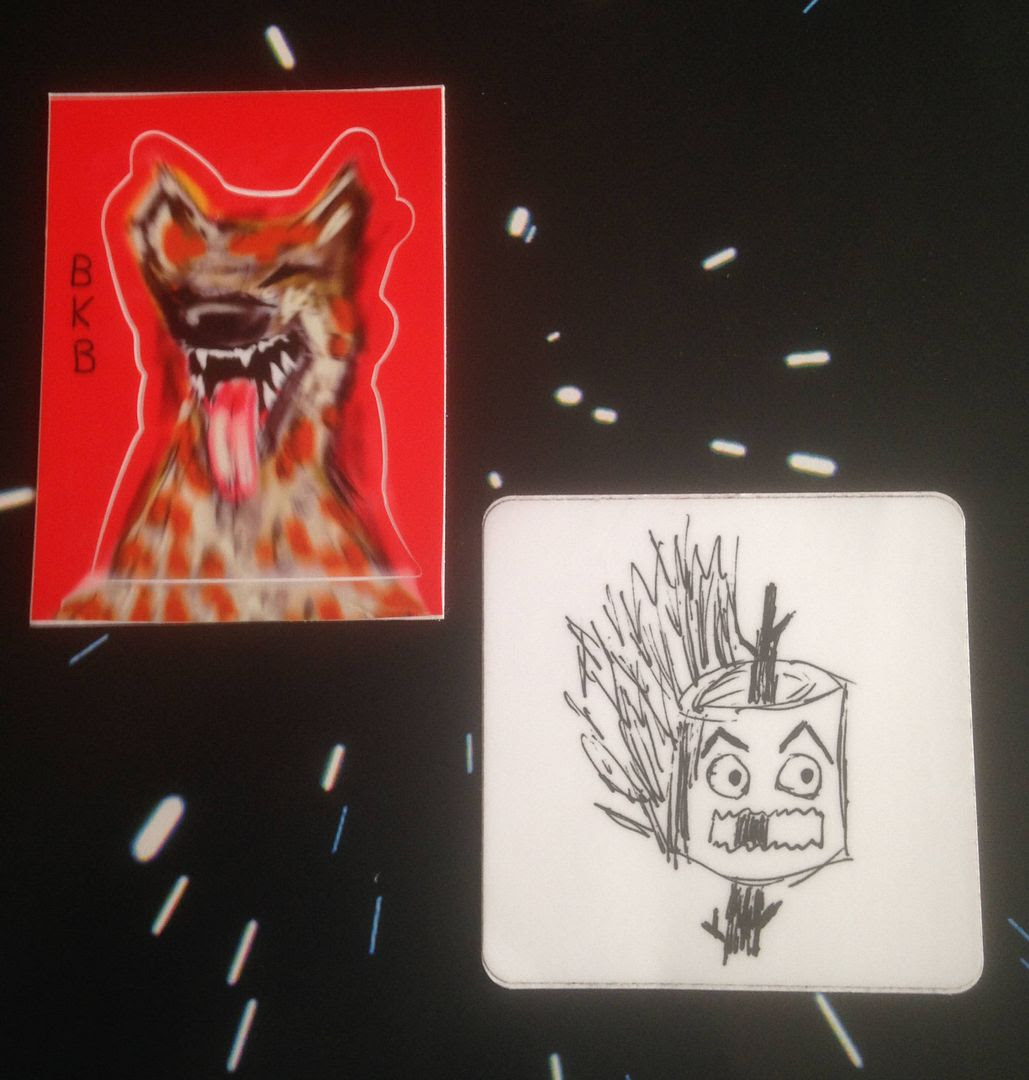 Posted by Joshua Macala at 7:54 AM