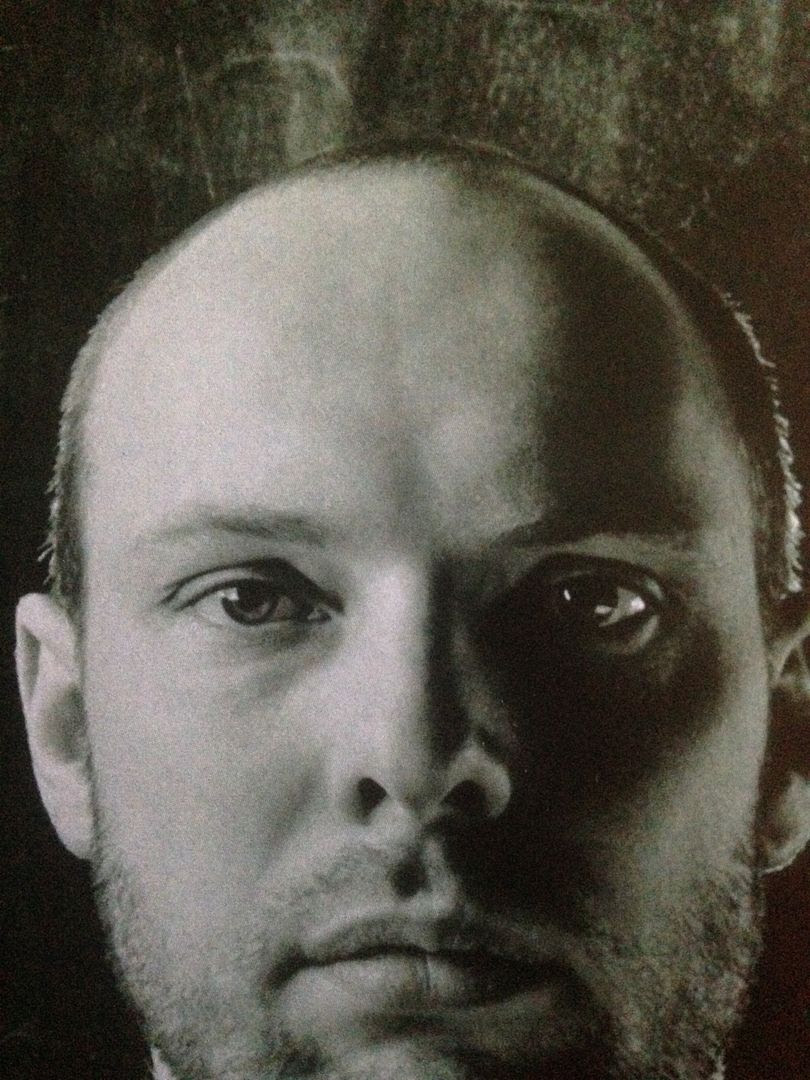 A dark start to this one, it feels like a bomb goes off and then what sounds like horns come screeching through.    There is a sense of destruction here for sure, but it also somehow feels like jazz.    If I was one to be naming genres I'd call this "no future jazz".   It then kicks into something much heavier, a thrash metal.    A wavy sort of distortion comes through which sounds like speaking but it is also possible that it is not, it could just be the way the sounds bend.    A static fog now, we embrace the hue.   Laser shots have been fired and this is going into a dark industrial place even though sharp tones still persist.

Sounds of a great space battle now make it seem as if everything around you is falling to pieces.   A louder sharp tone now sounds like a car horn.    This turns into a deeper drone.    A car engine perhaps.    Lasers and space whirrs now.    Robotic breathing.   Percussion creates a rhythm now.   It sounds like a snare drum but could just as easily be something else.   Sharp whirrs come through with this and it has a robotic march feel to it.    This goes back and forth, sometimes fading, sometimes stronger.

A loud blast comes through.   Space missiles and frequency whirrs now as well.   I imagine this as the soundtrack to some great battle fought in space between opposing robot armies.   Distortion comes through now quite harshly.   It feels a little bit like Transformers as well.   Then somewhat like sawing a violin.   It gets quiet, minimal and just becomes strings.    Then pianos take us into what can only be some sort of resolution to this conflict.   This drones through in darkness now with only slight alterations.

As it grows quieter, it feels more submerged.    Piano notes come out as well.   It gets minimal, where all you can hear is the darkness and the piano notes give off this eerie vibe.   Someone says something and we're back to the crazy horns, wild drums and this has a thrash jazz feel to it overall now, if I can blend genres.    As it comes to a crashing stop, some notes squeak their way through.    It all grows louder, violent once again and the screams come with it.   Horns take on a solo stance and this has a steady pace now, not as wild as before but certainly not calm either.

Guitar notes come through and then those distorted screams follow.   This turns into what I feel is a flute drone type of sound now.    Drums are banging away now and the flute fades.   This has become a drum solo!   Singing/screaming come in with the drums now and then the flute sound returns as well.    What I think of as the flute drone has a steady LOTR sound to it, but the drums thrashing away back there make it something different.    If there is not already a genre for jazz-thrash-punk then this might be it right here.    Those wild horns (I think a trumpet) come back now as well.

While it feels like we're falling now, whirrs come through and it can also be hypnotizing.    This really is a wild ride.    Those raw, primal vocals continue and then we get into a series of beeps as well.    Vocals turn more into chanting and frequencies are coming through with the drums which just provide this steady rhythm that maybe doesn't make you want to dance but it does make me want to get up and move.    From modems to chirping like crickets, this then dives into something deeper, kind of like the horn of a great ship but then the trumpet aspect of it becomes much more apparent.

At times this sounds like a pained animal in the way that the sounds come through and I'm not always sure if that's being made by the vocals or horns.    Loud distorted bombs are dropped now.     The horns begin to sound like dying as they come through faintly.    Dark piano notes come in and this now is beginning to feel like the end, not of the cassette but of everything.    This turns into a straight up hardcore/metal thrash sound now.   There's screaming and just a full sound like something I would've listened to on Ferretstyle back in the early '00's.    This just shreds now, as it comes out with huge guitars.

I've listened to quite a bit of music that has this hardcore-thrash sound to it, which I think when I'm listening here I kind of pick out Fear Before The March Of Flames the most, and I've also heard music in a more instrumental sense that has been heavy.   I've always thought that heavy instrumental music (which is how this cassette starts) could ultimately turn into something like how this cassette does, I've just never really heard the two sounds paired together like this, which is just oh so perfect.    There is also a remix of Side A on Side B which only further goes to show you why you should buy this as a cassette and support physical media, but even if you're one of those who is too cool to own a tape deck at least listen to the stream on Bandcamp.   This one will change the way you hear music. 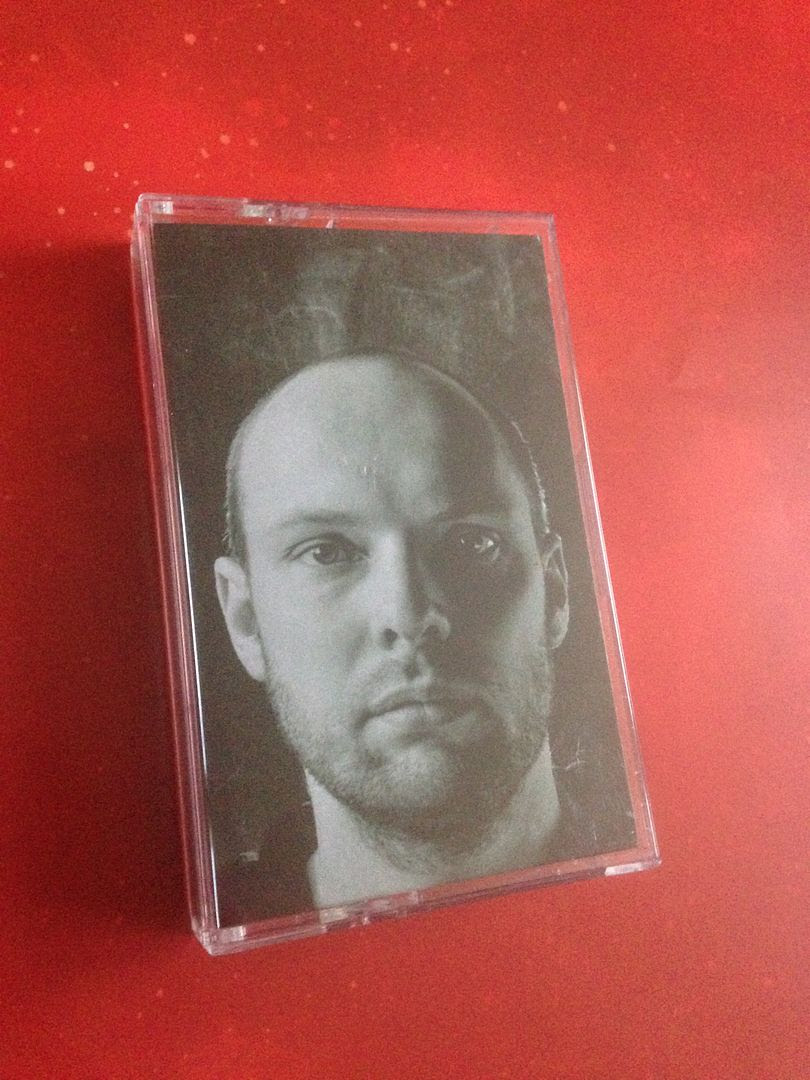 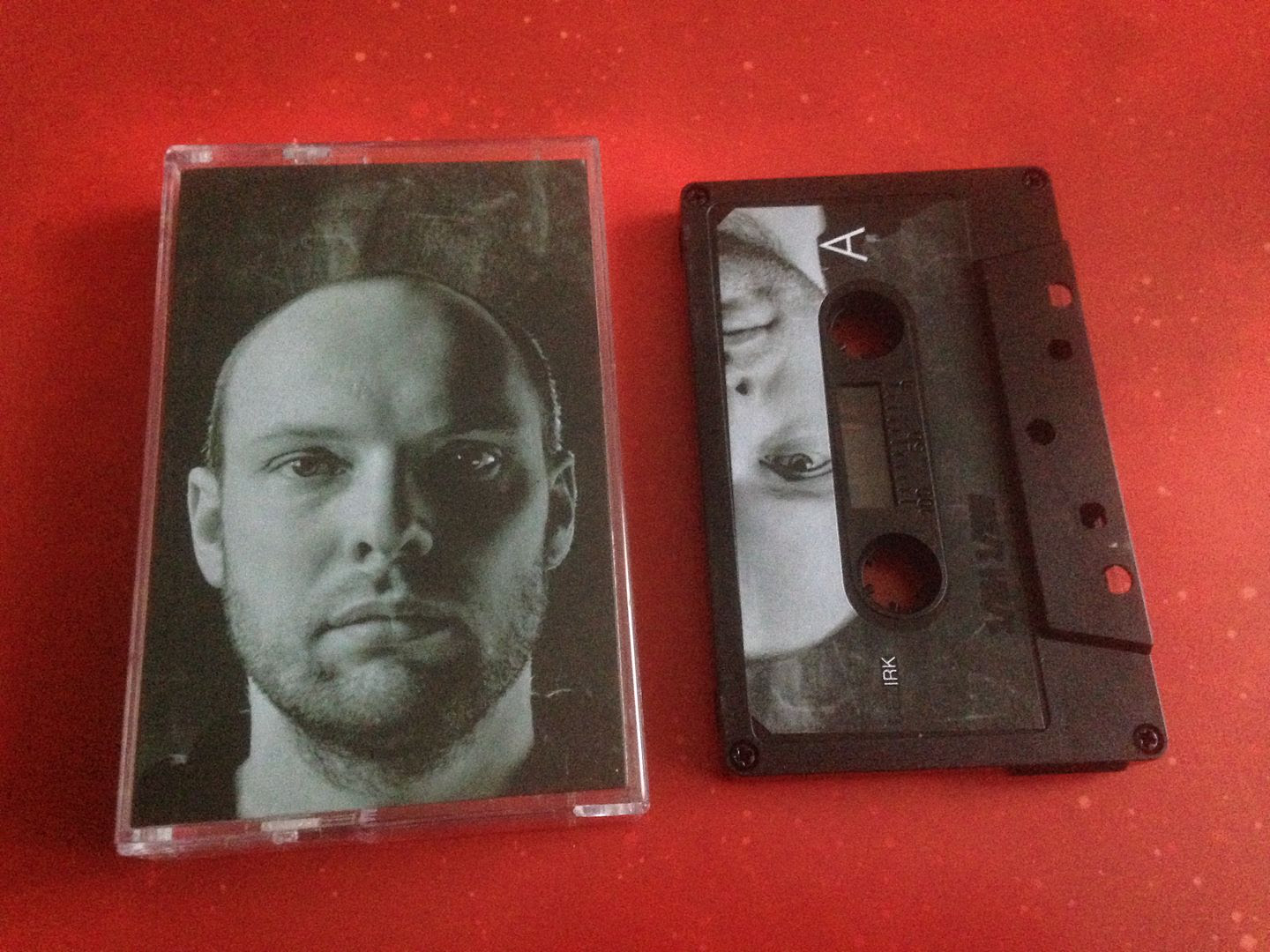 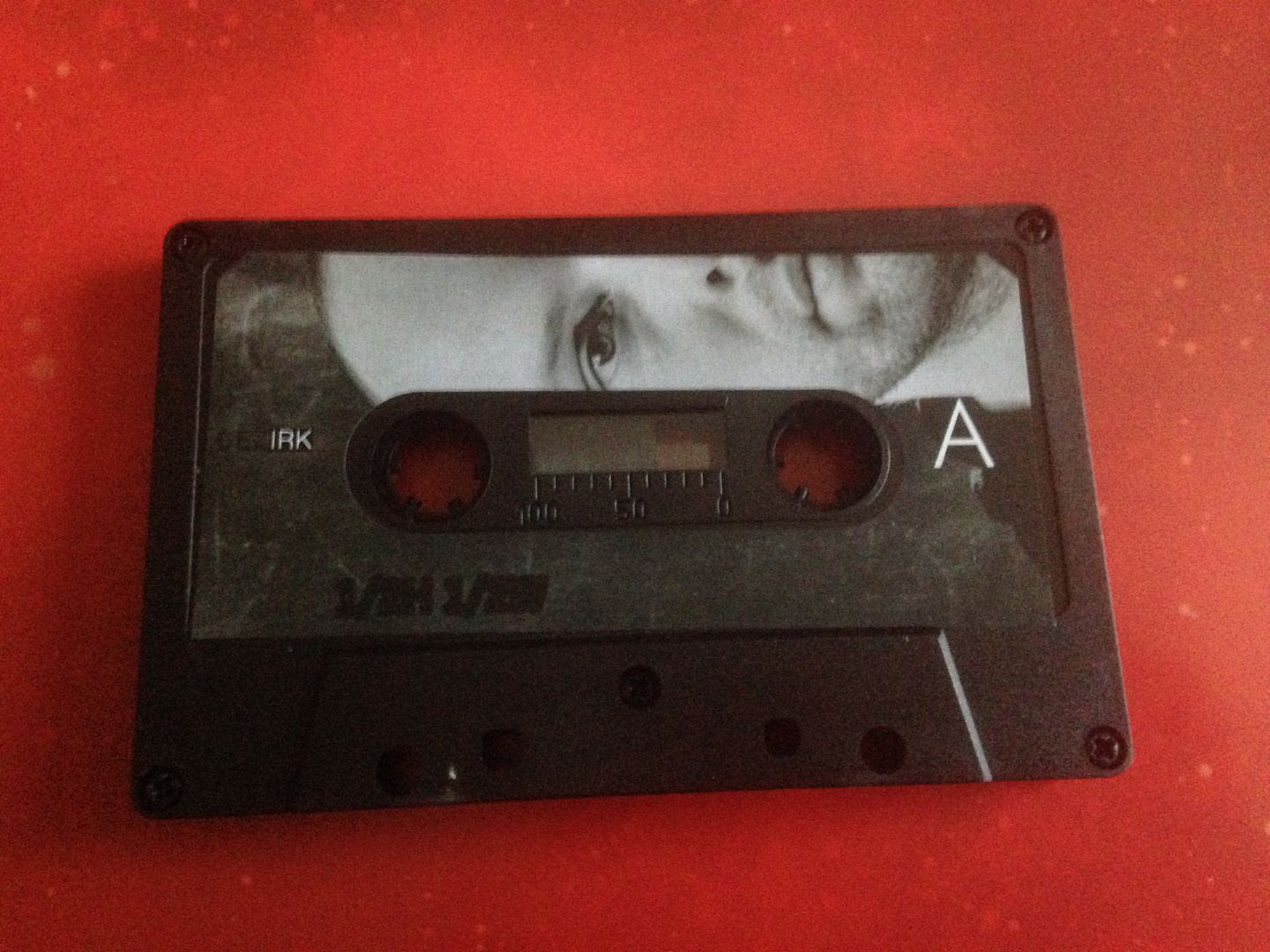 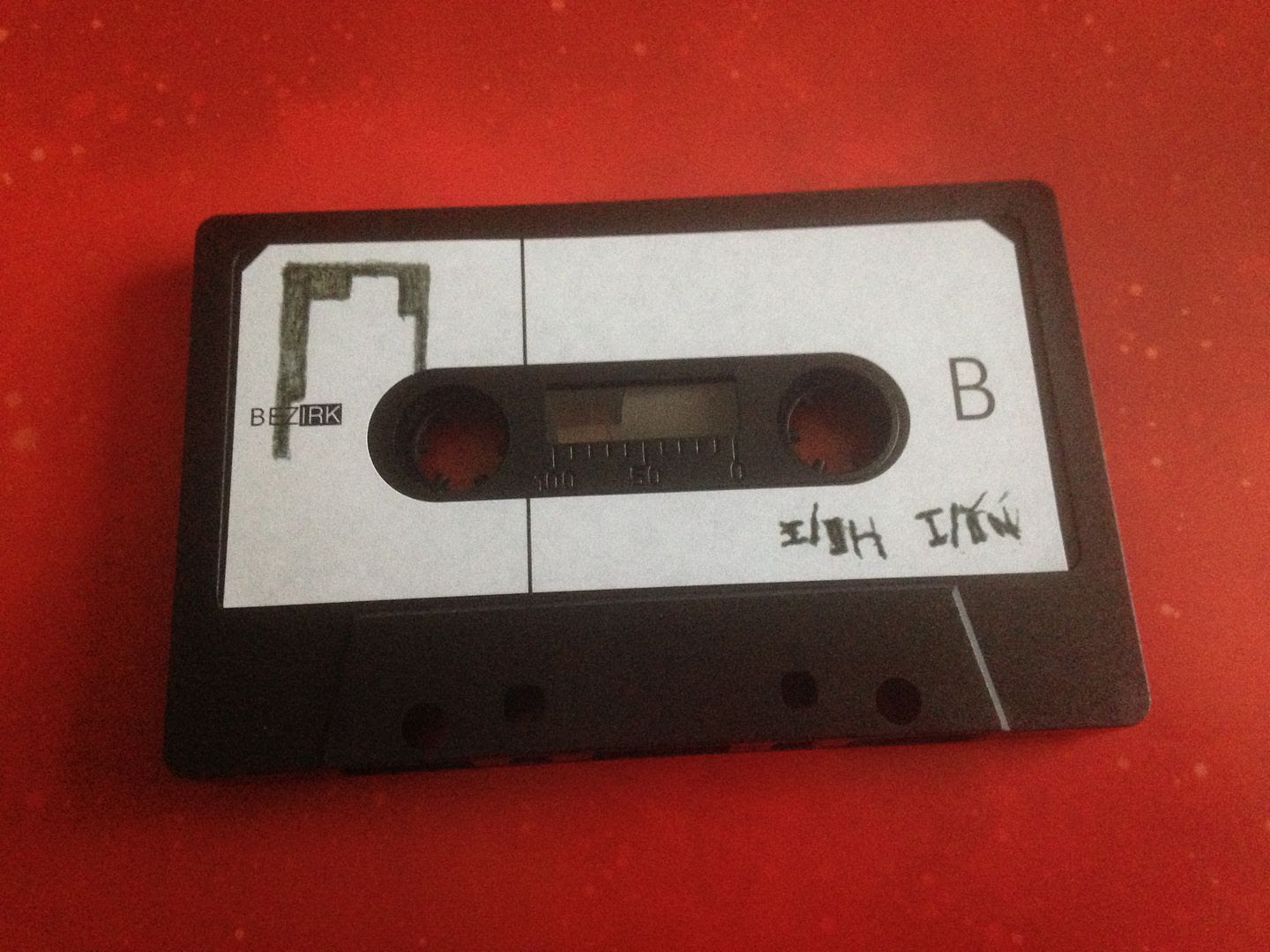 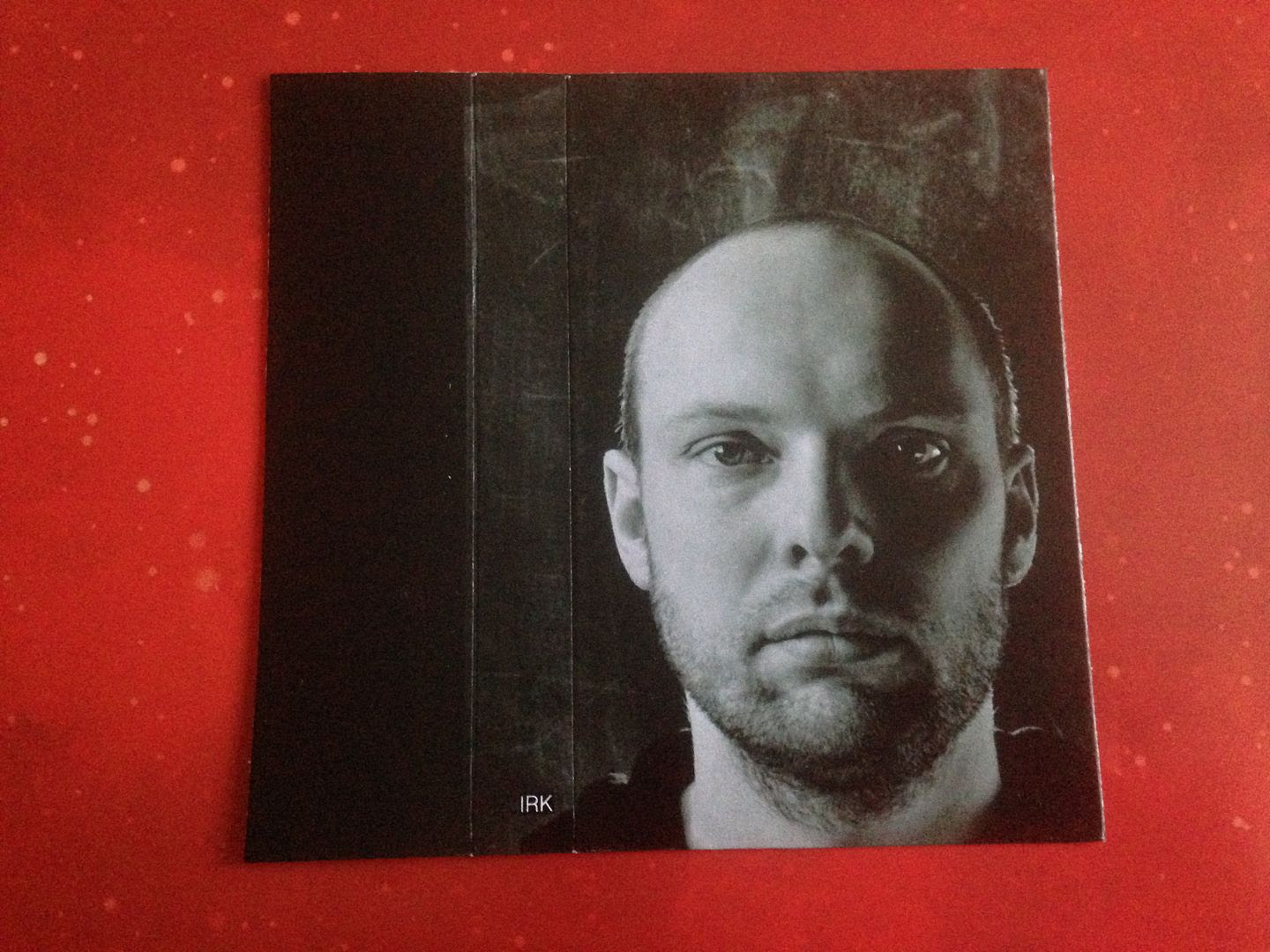 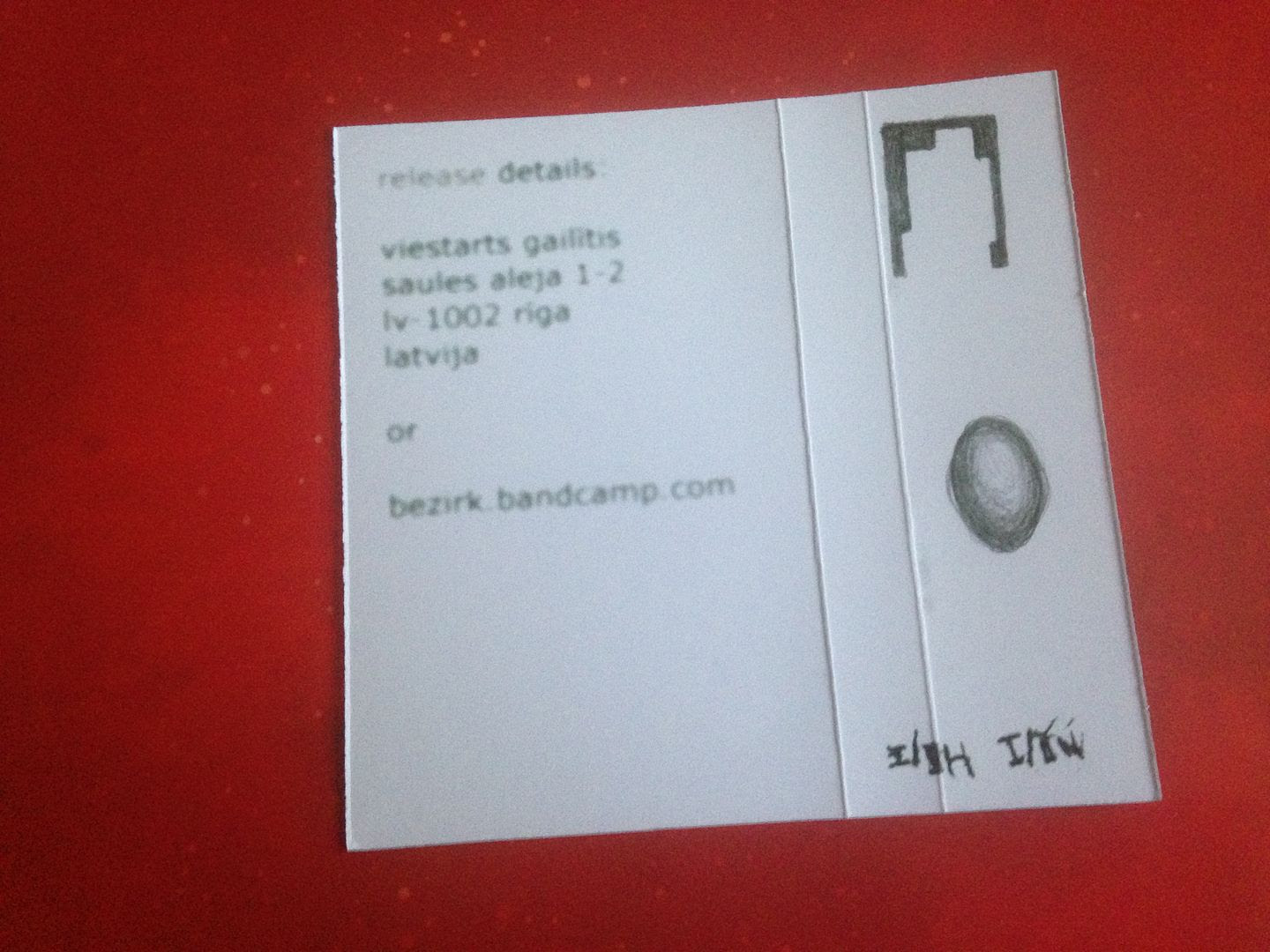 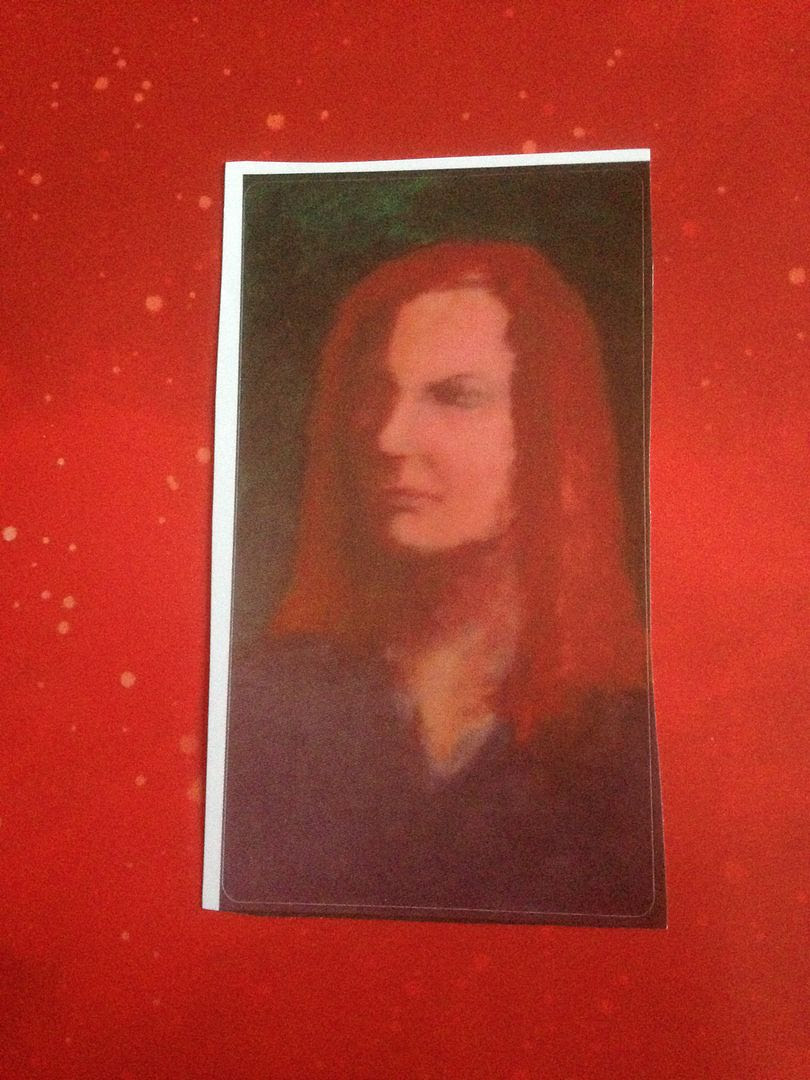 Posted by Joshua Macala at 7:53 AM