When we first started collecting WWE Mattel figures, Quentin didn't really know who a lot of the "flashbacks" or "legends" were and so our collection in that sense was rather limited.   I had the Brian Pillman I always wanted, but then we slowly began to expand with Vader, Yokozuna, The Four Horsemen, DDP and Macho Man Randy Savage.   Even Sting is a flashback to some extent.    And a figure like Elite 41 Terry Funk was one I couldn't pass up on, as an old school ECW fan.

The first time Hall of Fame Series 2 was in Target here, I kind of wanted Sgt. Slaughter but was stuck in my "we're only going to buy modern figures" phase.   I feel now, though, as much fun as it is it have Justin Gabriel represent Lucha Underground or EVOLVE and Kevin Owens represent ROH or PWG we also have Alberto Del Rio representing AAA and, yes, we even got the Elite Rob Van Dam who could go with ECW.   And so it's not just the modern match ups that I enjoy-- though there are a lot of them to make, quite possibly more than in a line of wrestling figures to date (Which says more about the talent WWE has on its roster than Mattel vs. another company)

As we left Target after finding out about their $10 sale on Hall of Fame figures, we purchased "Stone Cold" Steve Austin first and then went to another Target the next day for the Macho King, but the first Target had Sgt. Slaughter at it and I thought to myself that if we went back there and that Sgt. Slaughter figure was still there, I'd buy it for $10.   I'm not sure if there are or if there will be any other Sgt. Slaughter figures made by Mattel, so if this is the only one we get and it's for $10 then it's a fine deal for me.

Perhaps the biggest reason why I wanted this Sgt. Slaughter figure was G.I. Joe.   I'm a huge G.I. Joe fan and have been since I was a kid.   One day, Quentin will watch G.I. Joe and begin to realize how awesome it is and he will also- hopefully- appreciate that we have this Sgt. Slaughter figure.   He's kind of that G.I. Joe character who found his way into wrestling somehow, since I always knew him from G.I. Joe before I ever found out he was a professional wrestler.

The figure itself is rather great.  I really like the scan and the body shape looks to be right on as well.   It's just one of those figures that really looks perfect and so you can't complain about it in terms of what would be considered to be "ring gear".    The accessories- or lack thereof- are what bother me.   He comes with his hat, sunglasses and a whistle to wear around his neck.    Perhaps asking for a removable jacket at the $20 price point is a bit much, but he could have at least come with a nightstick as well.   It doesn't seem like that would have broken the bank at Mattel.

Back when tickets for major events- such as WWE- used to go on sale through the phone or by *gasp* going to the box office there was a time when we actually showed up in person to buy tickets to a WWE show and doing so allowed us to meet Sgt. Slaughter, who also gave us a signed 8x10 from his "Commissioner Slaughter" days.   I really miss stuff like this, as it'd be so cool to take Quentin to meet a wrestler such as Kalisto or Kevin Owens when going to purchase tickets in person for a WWE live event.    Oh well.  Seems like some of the better parts of the past are left there.

This action figure is probably not worth $20 because of what it comes with and how that seems like not enough in ways to justify it being an Elite figure even.   But, again, this might be the only Sgt. Slaughter figure made by Mattel and if not, it's the only Sgt. Slaughter figure we will likely be buying from Mattel and so at $10 it is well worth it.    I don't feel like we would have bought this figure for $20, but that's why you've gotta love a sale. 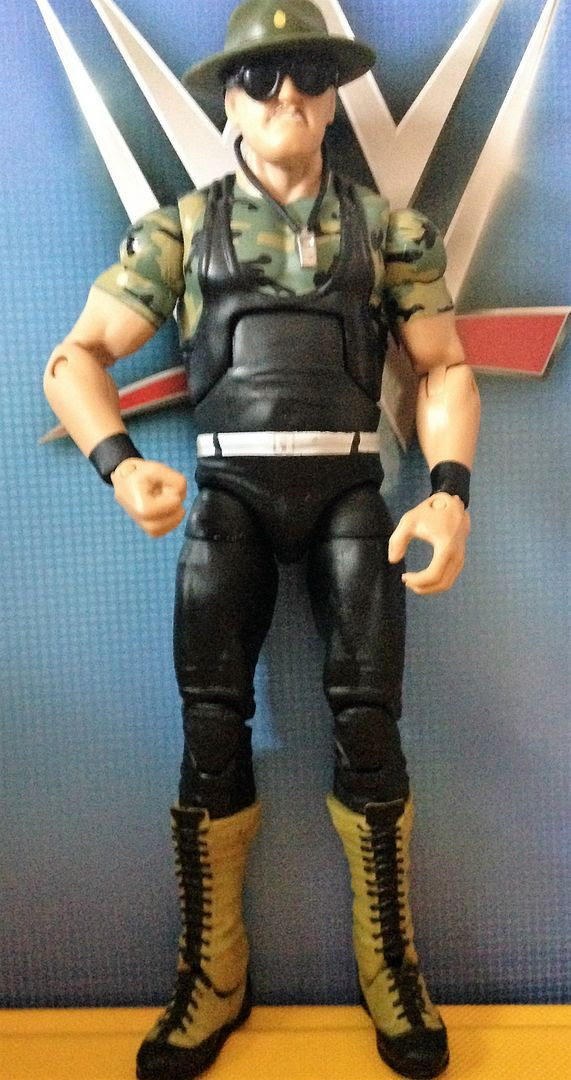 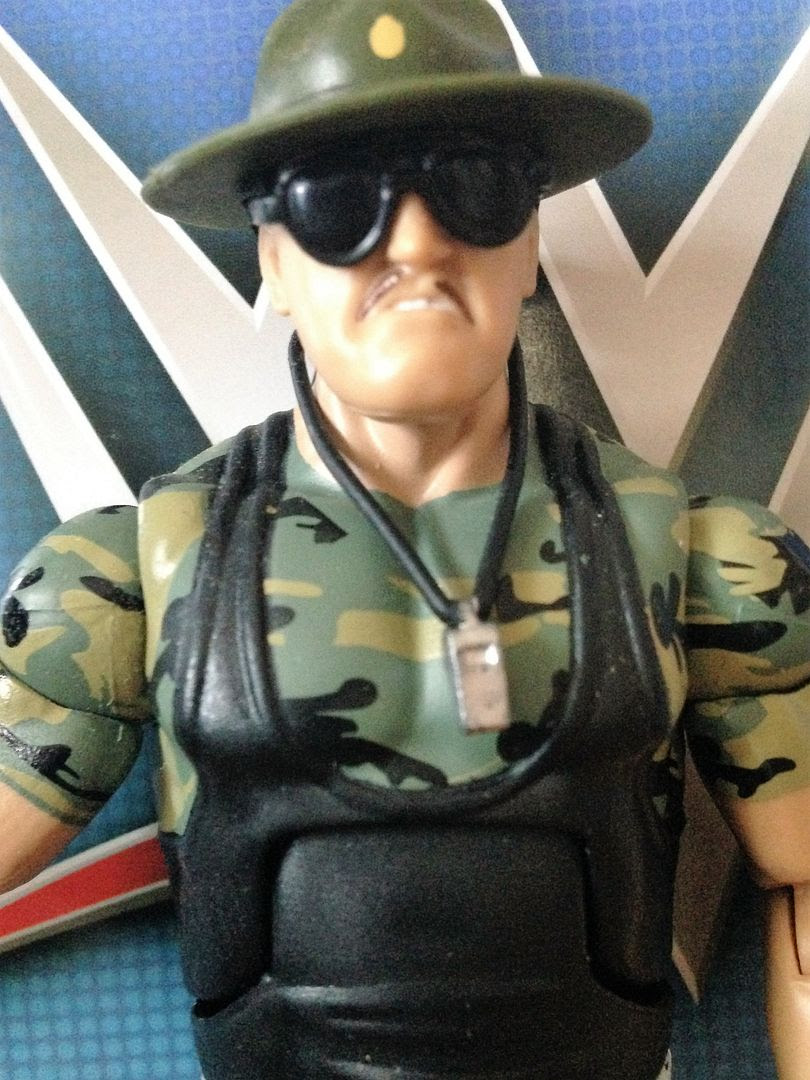 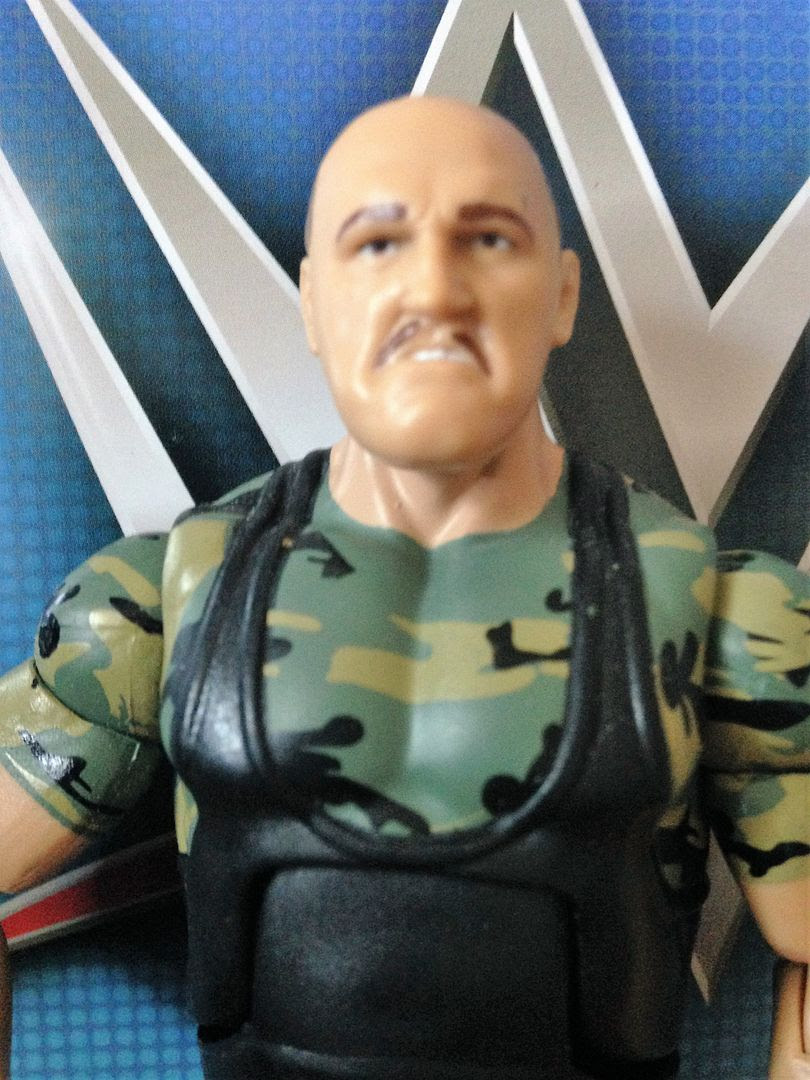 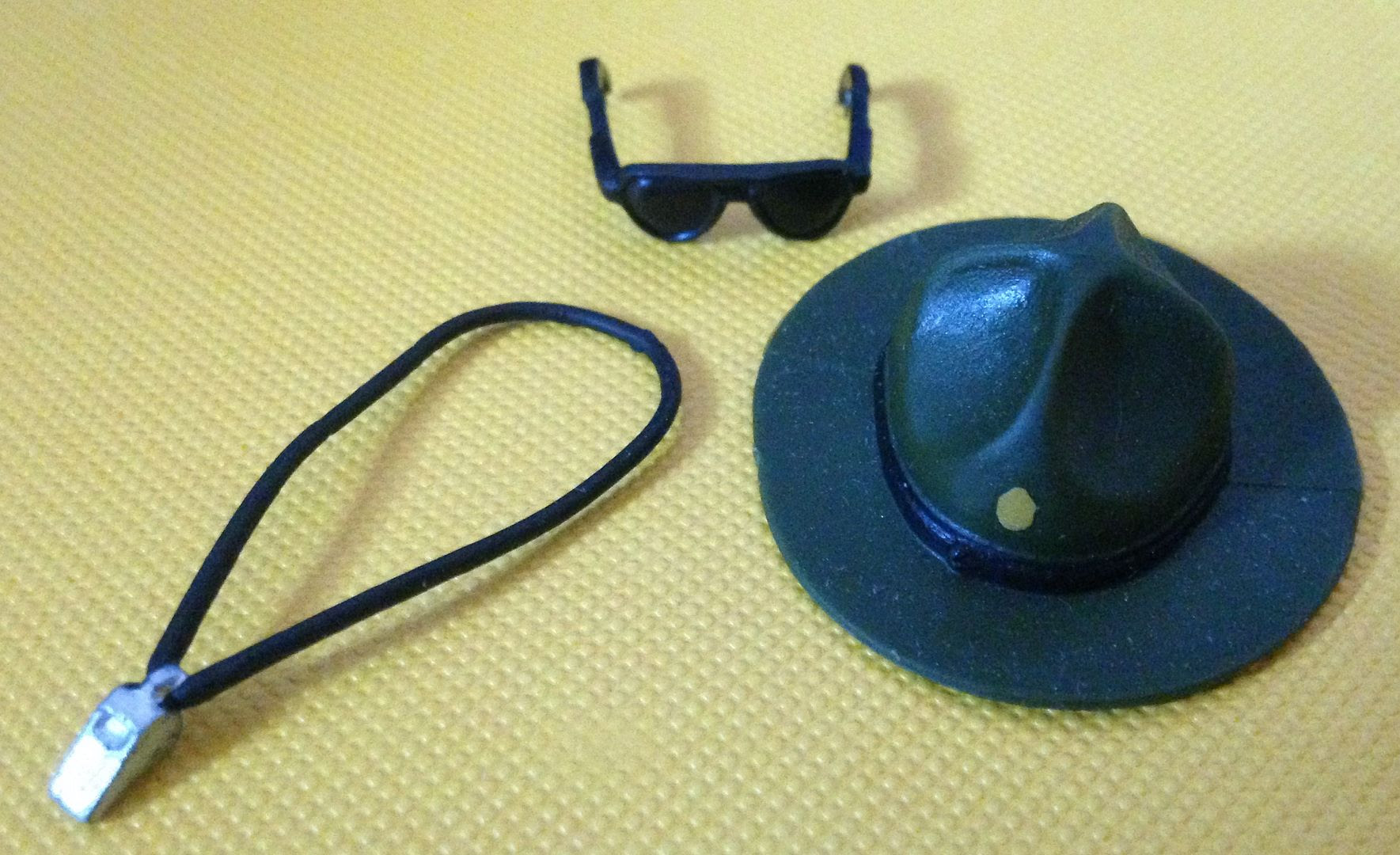 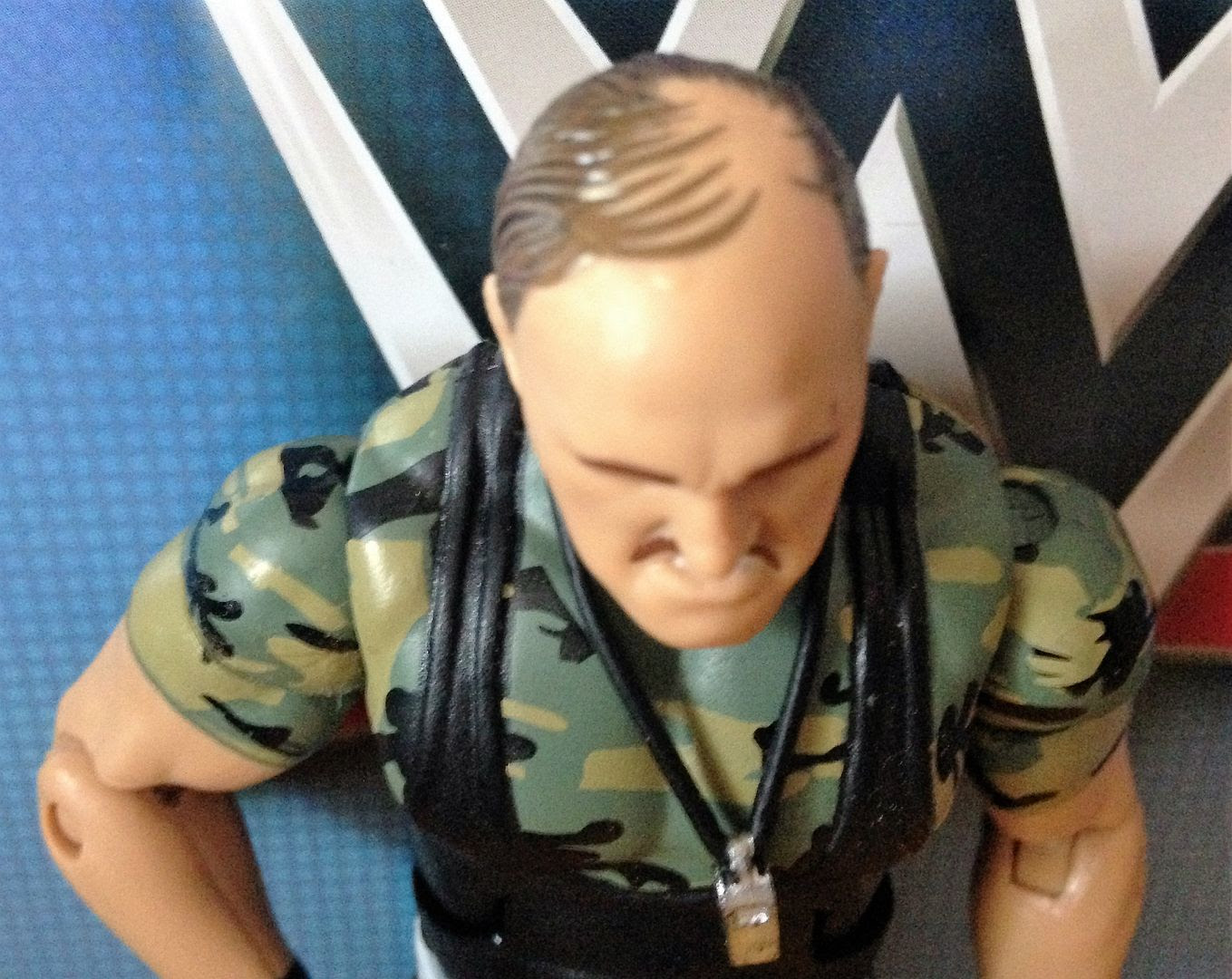 Posted by Joshua Macala at 6:07 AM