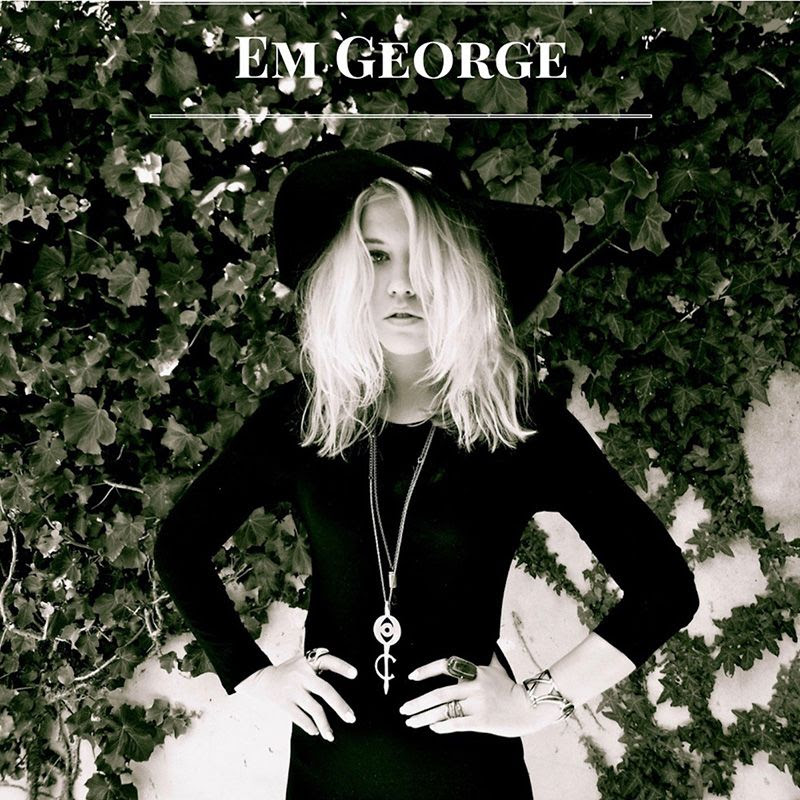 If you listen to a lot of music (and if you read music reviews, I assume that you do) you can begin to put pieces together to form music ideas without even really hearing a band but just having them explained to you.   Like if I said, for instance, that a band had those funky guitar riffs and horns you could put together that it was under the banner of ska without even hearing it and you might be right.

But what Em George does on this EP is create five songs that are primarily filled with delicate vocals and acoustic guitar notes.    If you read that, as simple as it may seem, you will think of it as being something along the lines of folk music and you will be correct but what Em George does goes above and beyond that somehow.

Somewhere between Anna Nalick and Robin Kirby, sometimes stretching to Fleetwood Mac, Em George finds her own voice on this EP which can be as powerful as it is haunting.   It's not that it's scary, it's just that the delivery is the type which can leave a lasting impression on you.    It has a rather serious side to it, as if I imagine that Em George were to stand up anywhere, even in the busiest and noisiest of spaces, and began playing and singing everyone would fall silent and offer up their undivided attention.

Lyrically, these songs are something from a distant past, a time when music had real substance, back before these new so-called artists decided that they could rhyme "shmoopity" with "boopity" and get it stuck in peoples heads.    You know, this goes back to when our parents (and in some cases your grandparents) had vinyl and it was filled with the songs of Bob Dylan.    What I'm saying is-- Em George is a real song writer and there aren't too many of them left these days it seems.

Whether you're looking for music to inspire, hypnotize or just relax on a cool summer night, Em George will give you all of that and more, pouring these songs out like her heart itself and leaving nothing behind.    As I said from the start, this is folk music but it is so much more than just that.
Posted by Joshua Macala at 7:44 AM