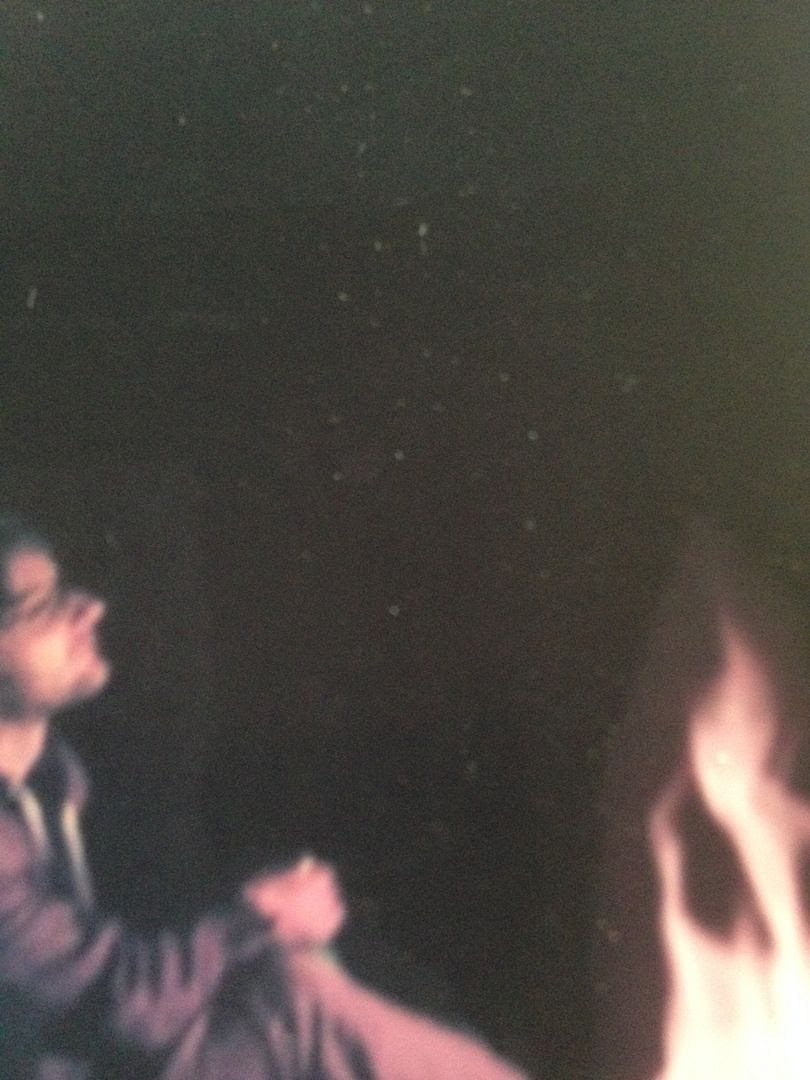 The first time I really heard something from Froh & Munter Records was a cassette by Claudius Loik.    After that, it was John Doe Experience and looking over the Bandcamp merch page of Froh & Munter Records I knew that there was only really one other artist they were releasing music for physically and that was Diametral.    Now, odds would say that based upon my liking Claudius Loik and John Doe Experience I will also like Diametral and this is one of the times that the odds don't lie.

Acoustic strums bring about Stone Temple Pilots in their "Pretty Penny" era, The Doors and just a trippy psychedelic ride.    Parts of this remind me of Beck and then they can also remind me of Spacehog.   It's just got this perfect vibe from the 1990's era where people thought of grunge as being the big thing but other bands were also releasing music that might have been caught up in the hype of grunge but wasn't that genre itself.

Elements of The Verve can be found in these songs as well, which makes me think about this being shoegaze and that sort of influence the music might have.    It's fun, yet chill, so I could absolutely see myself walking around listening to it with my head down.   And then yet there are also these western undertones and I can begin to hear something like Urge Overkill come out.    Through some darkness, "Alle Anderen I" remains rock n roll at its core.   It also can remind me of David Bowie and not just because I've been listening to him a lot since his death.

Pianos and horns bring about the vibe of Bob Seger's "Turn the Page" and this is followed by dark acoustics.    Those bells they put on sticks and shake (I'm not sure what they're called and I'm not bothered enough to look for a photo or proper name) are shaking a lot in these songs on Side B.    As I'm wondering whether or not the lyrics are saying "I'm Mr. Bright Side" and if that is indeed a Killers cover, I find that the last song is a Beatles cover.

You don't have to have grown up in the same time as me to enjoy the same musical influences.    But when you start thinking of something as far back as The Doors to something as specific as those late 1990's bands who were overshadowed by the term "grunge" and then combine that with David Bowie... I mean, even if those weren't some of my favorite things I'd still want to hear that out of sheer curiosity.

I just feel like Diametral is really combining some of the best elements of rock n roll music here, but also it is being done in such a way that you could be a fan of shoegaze or grunge or whatever and still get something out of this cassette.   The fact that the kid in the Nirvana shirt (when Kurt Cobain died before he was even born), the kid in the Jesus and Mary Chain shirt and the kid in the David Bowie face paint could all be united by this gives me hope for the future not just of music but of humanity. 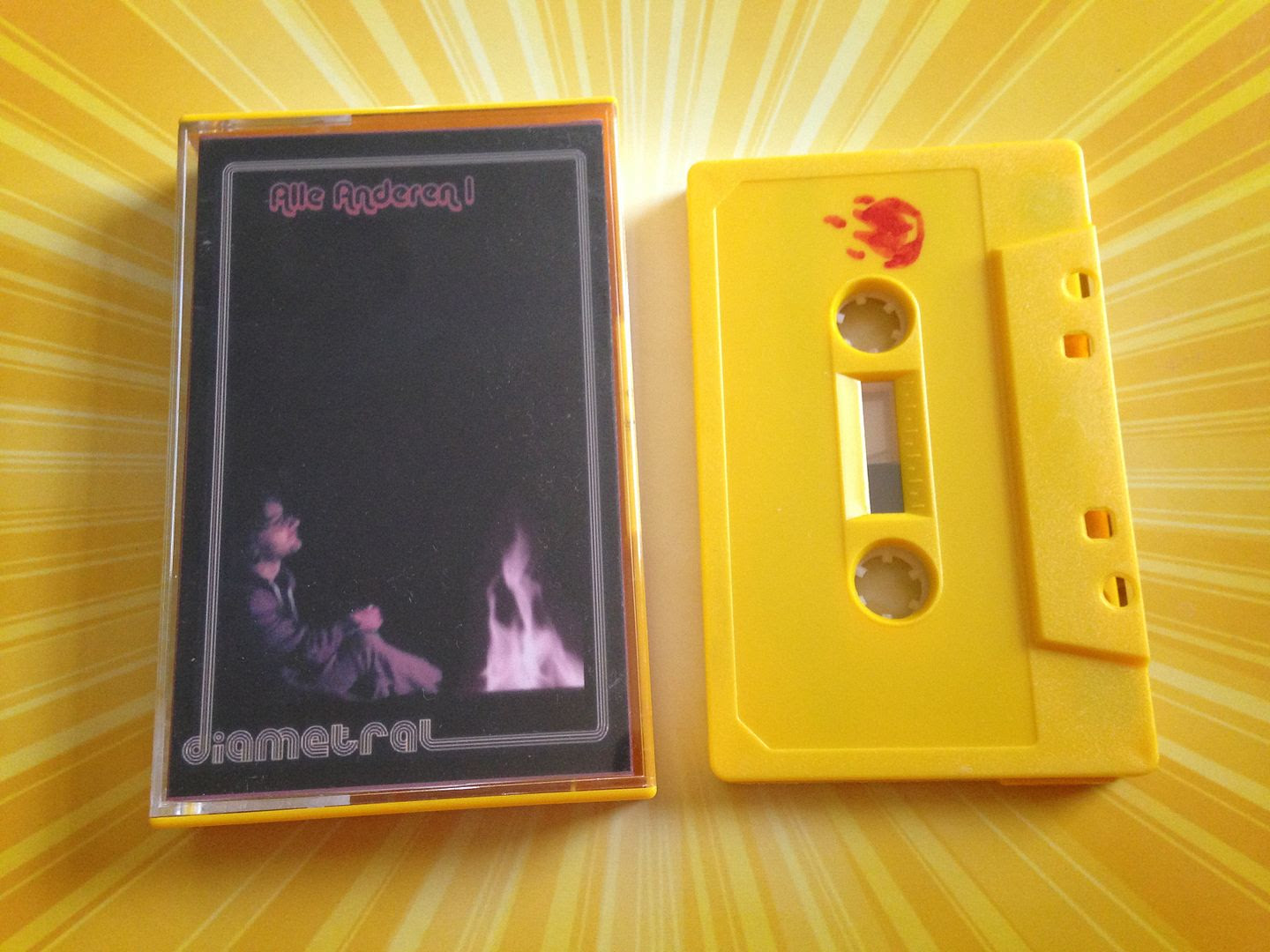 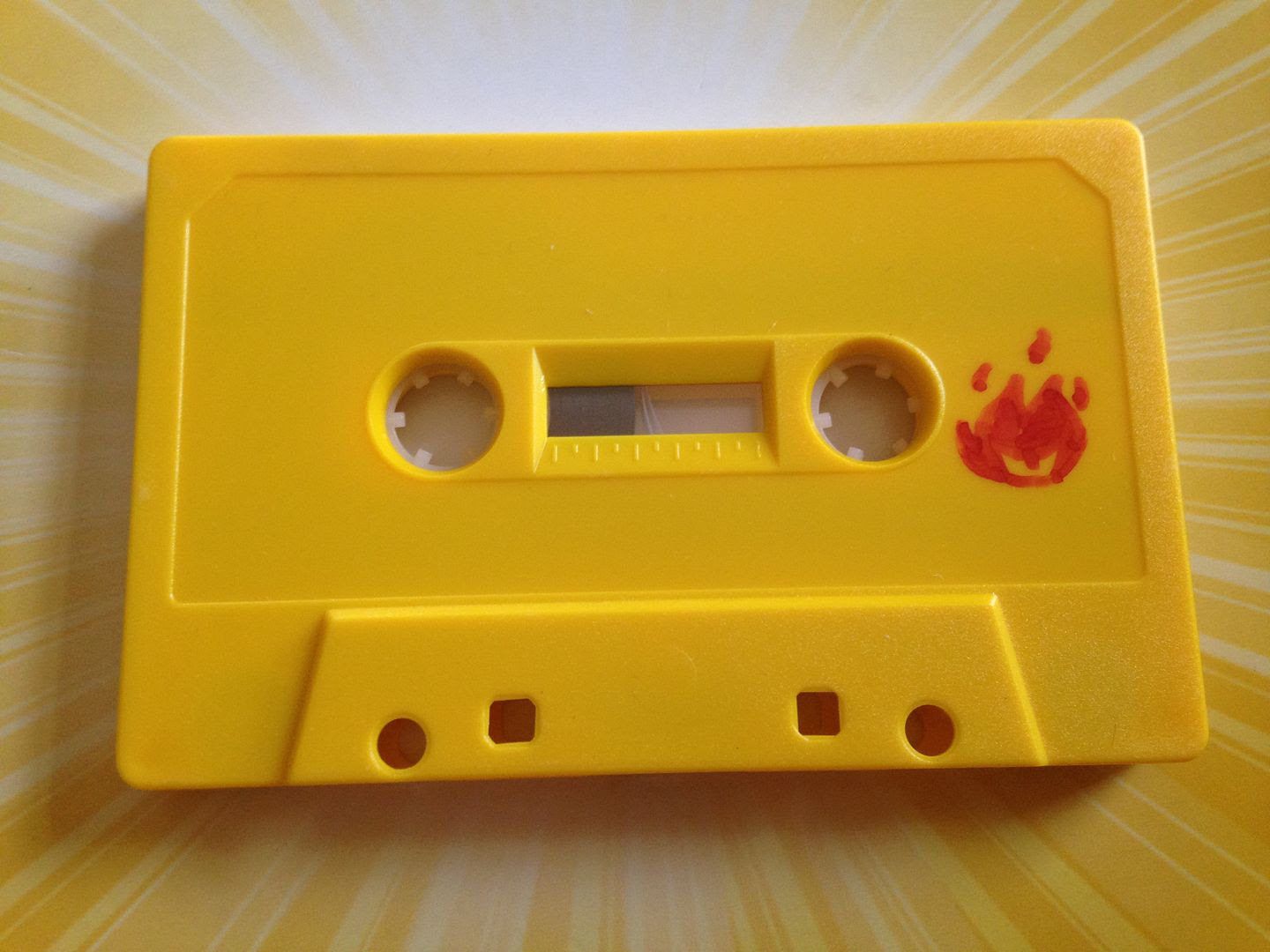 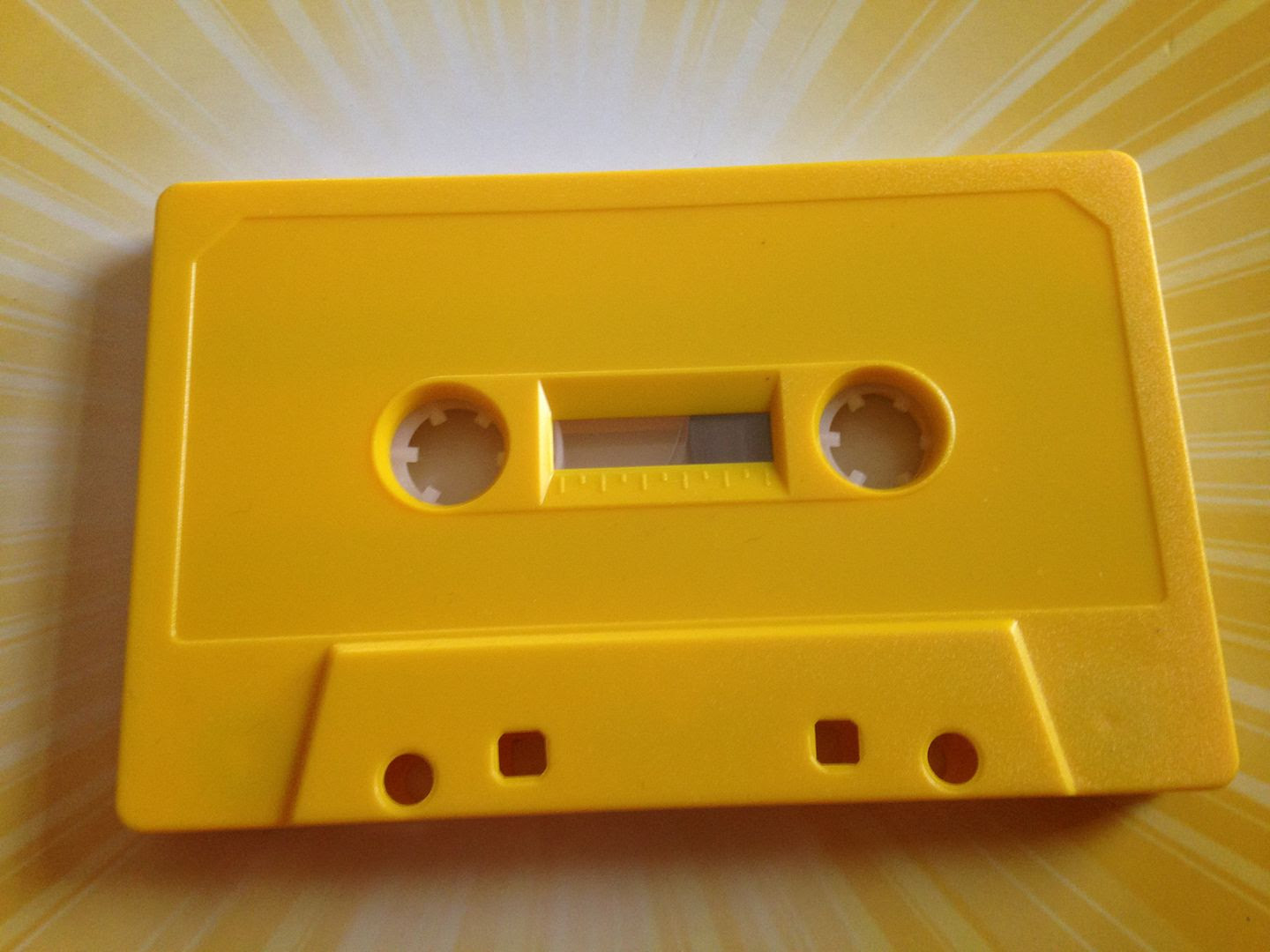 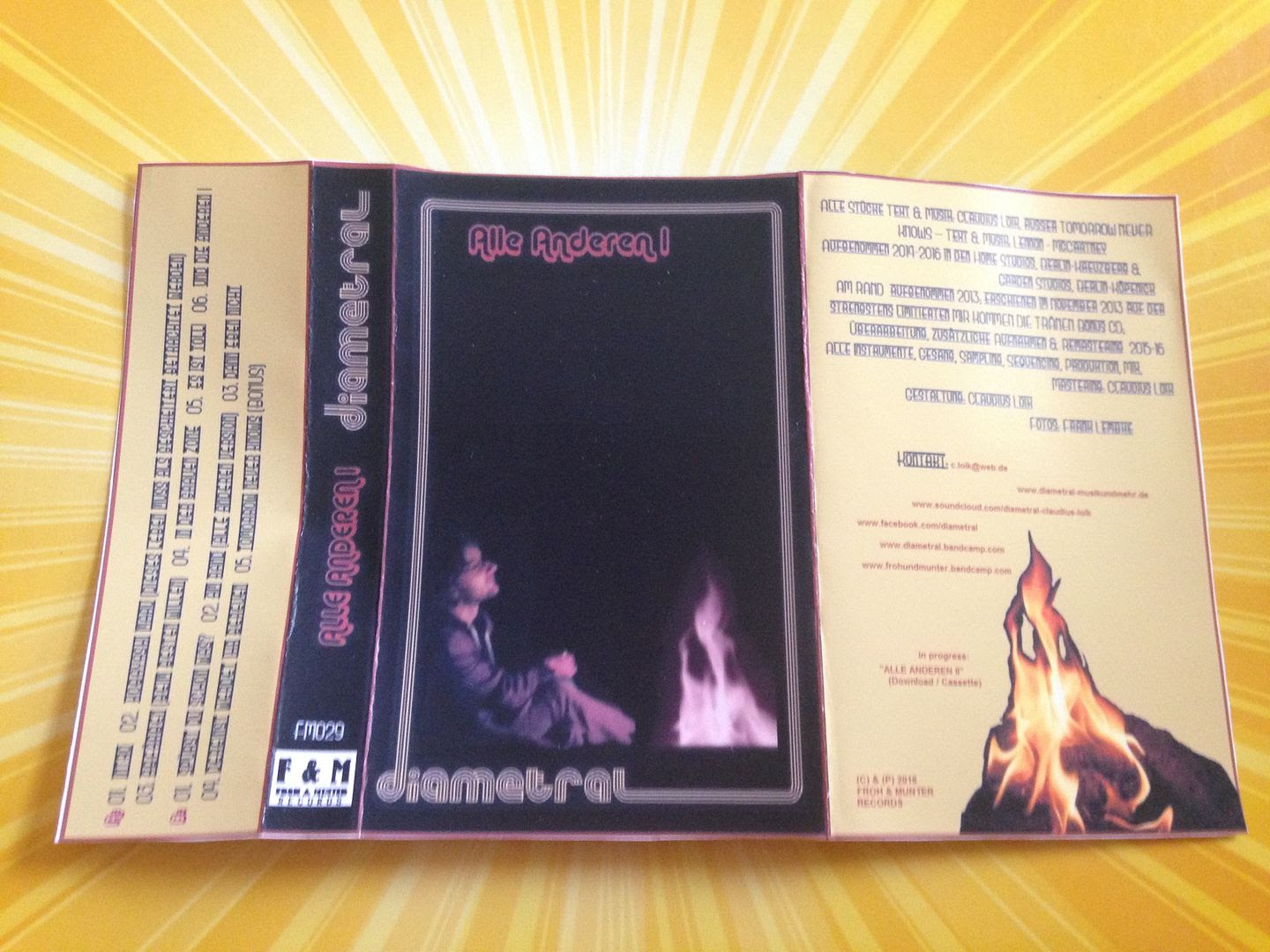 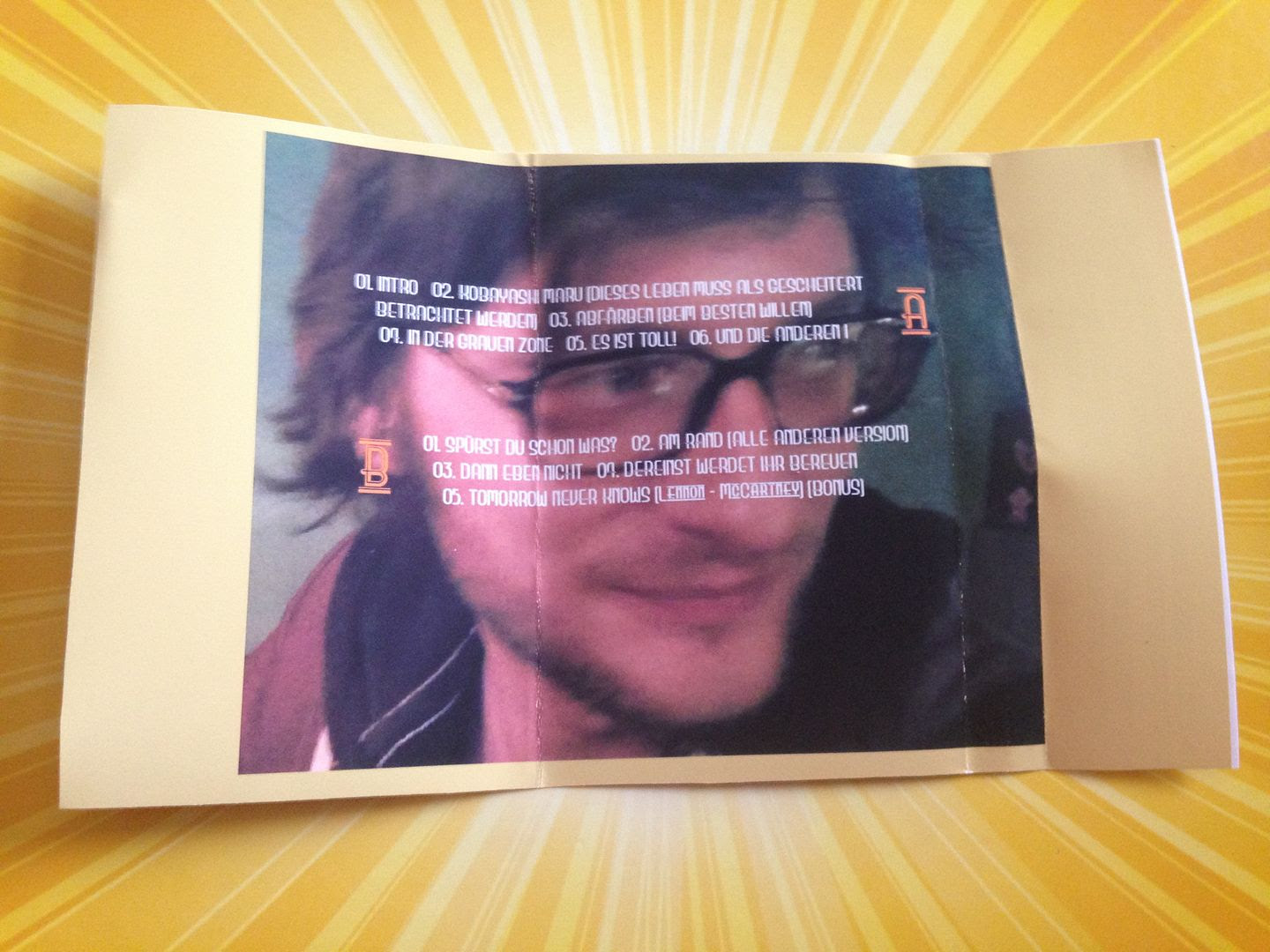