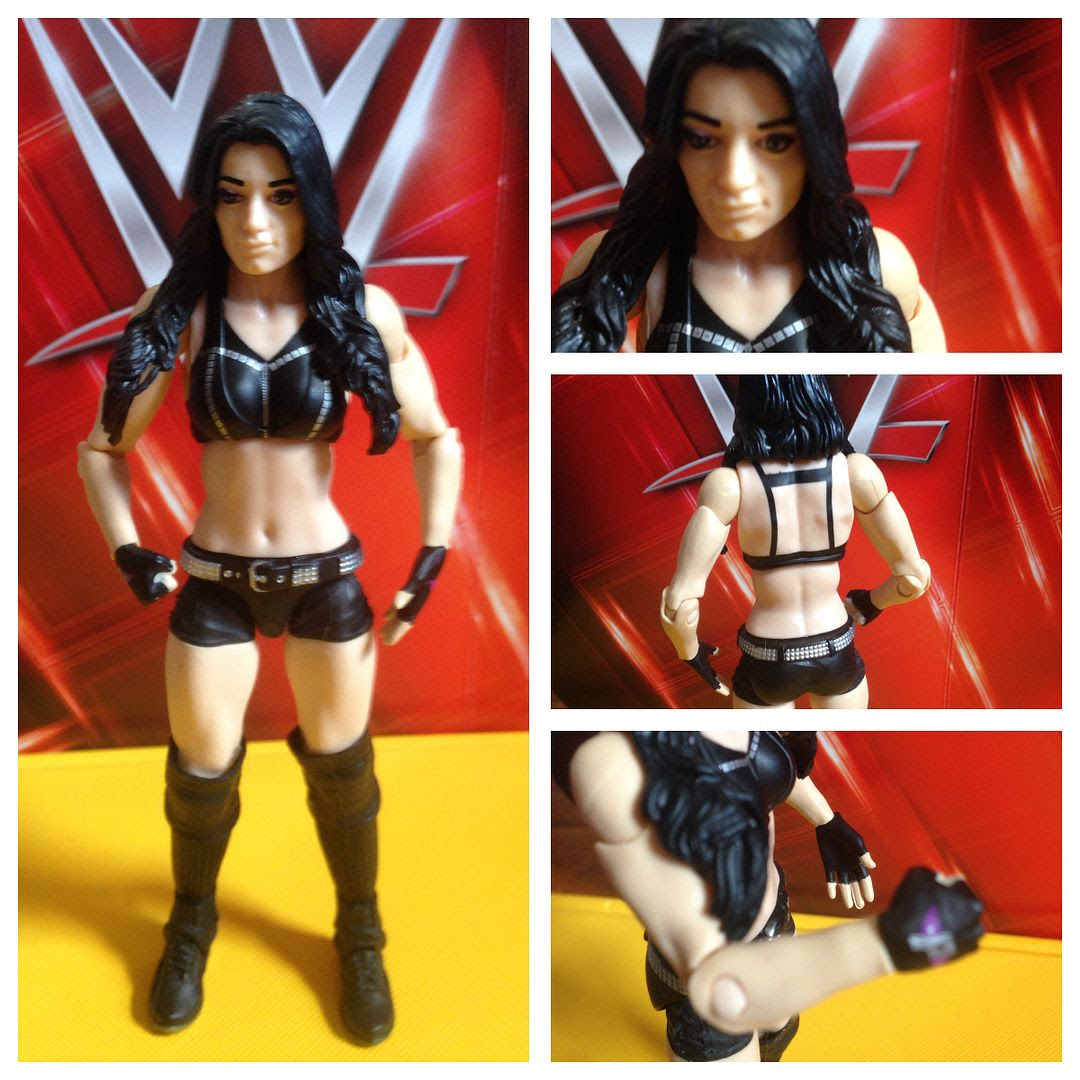 I'm not sure why I felt the need to get this Paige other than the fact that she's Paige.   There isn't any difference in the definition between Basic and Elite Diva figures so I do enjoy that about this.   But she's just in all black this time- which seems to fit her character more than being in purple- and then on top of that she also has designs on her gloves.    The way I feel about Paige is this though:  She is like the Lita of this generation in WWE only Paige can actually wrestle.  Lita was just more of the anti-diva based upon her look.   Paige can actually back it up in the ring.   And I started watching NXT because of Paige-- as in, I went back and watched old episodes of it just to see her and the other NXT graduates (and Chris Hero who has a painful feud with Ricky Steamboat Jr.)

In some ways I feel like I welcome any and all Paige figures that Mattel wants to make.  But at the same time, I don't know if this might be my last one or not.   When Paige was first announced in her debut Elite figure I was lucky enough to find it at mass retail when so many others complained that they couldn't.   I then saw it by the hundreds at Walmarts, but that's not the point.   I feel like Mattel has kind of ruined me to the point now that I don't expect to ever see diva figures in stores and so when I do I have to buy them.   Paige was really one of the first I found and even though I had never seen Natalya before that, I still haven't found Charlotte or Naomi (and I never saw Emma in stores either)

Oddly enough, when I found this Paige at Walmart she was with Finn Balor and there were about six of each of them on an endcap.   We went back to that Walmart a week later and they were all gone from that series.   Even the Erick Rowan and Ryback figures.   It was so strange.   But I feel like I was smart to buy Paige and not wait because then she'd be gone.    Though I did want this figure when I saw the prototype and all-- she and Finn Balor were always the two I wanted from this series.

I don't quite know what makes this figure so cool or why I feel the need to have two figures of Paige.   I'm also wondering if there is a diva figure I would see at mass retail now and pass on.  Bayley and Sasha Banks are on their way so I want to find them, but then we do have an Eva Marie coming out again.   Maybe Eva Marie can be the one I see and pass on.  I don't know.  I just suppose that my wanting this figure- and Quentin wanted it too because he always walks around screaming "This is my house!"- is because of how much I like Paige the character on WWE television and why wouldn't anyone.    So if you do see this figure in mass retail, yeah, you should buy it. 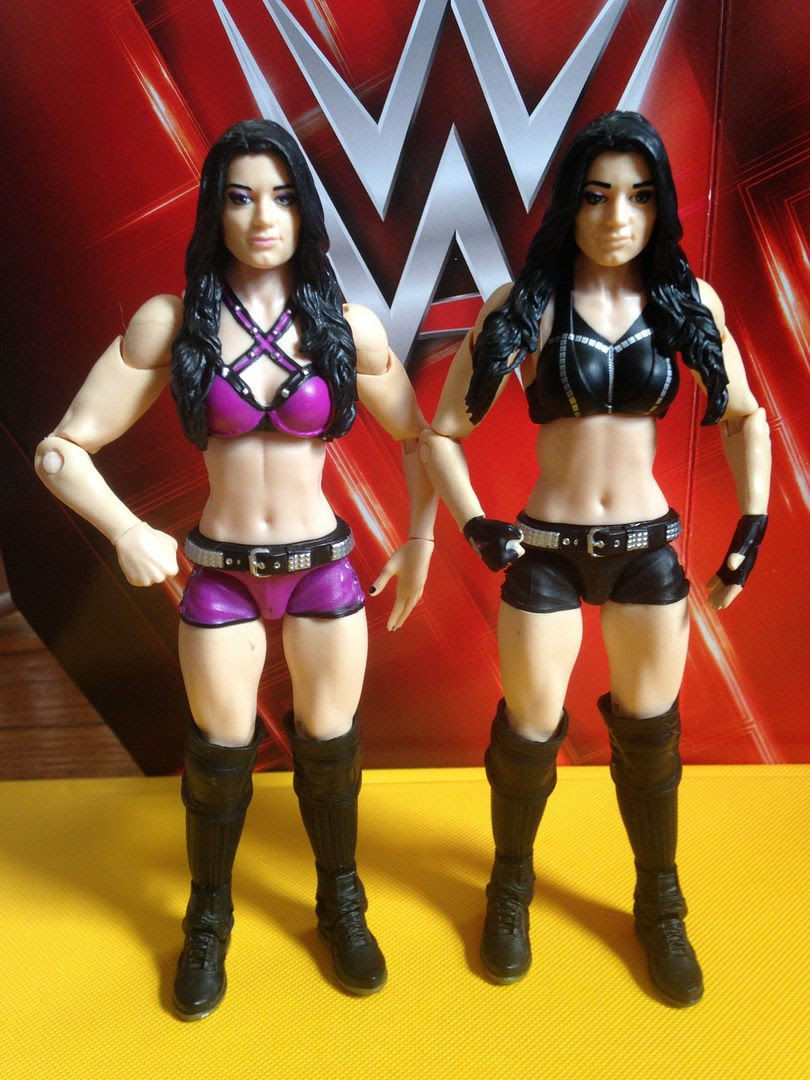