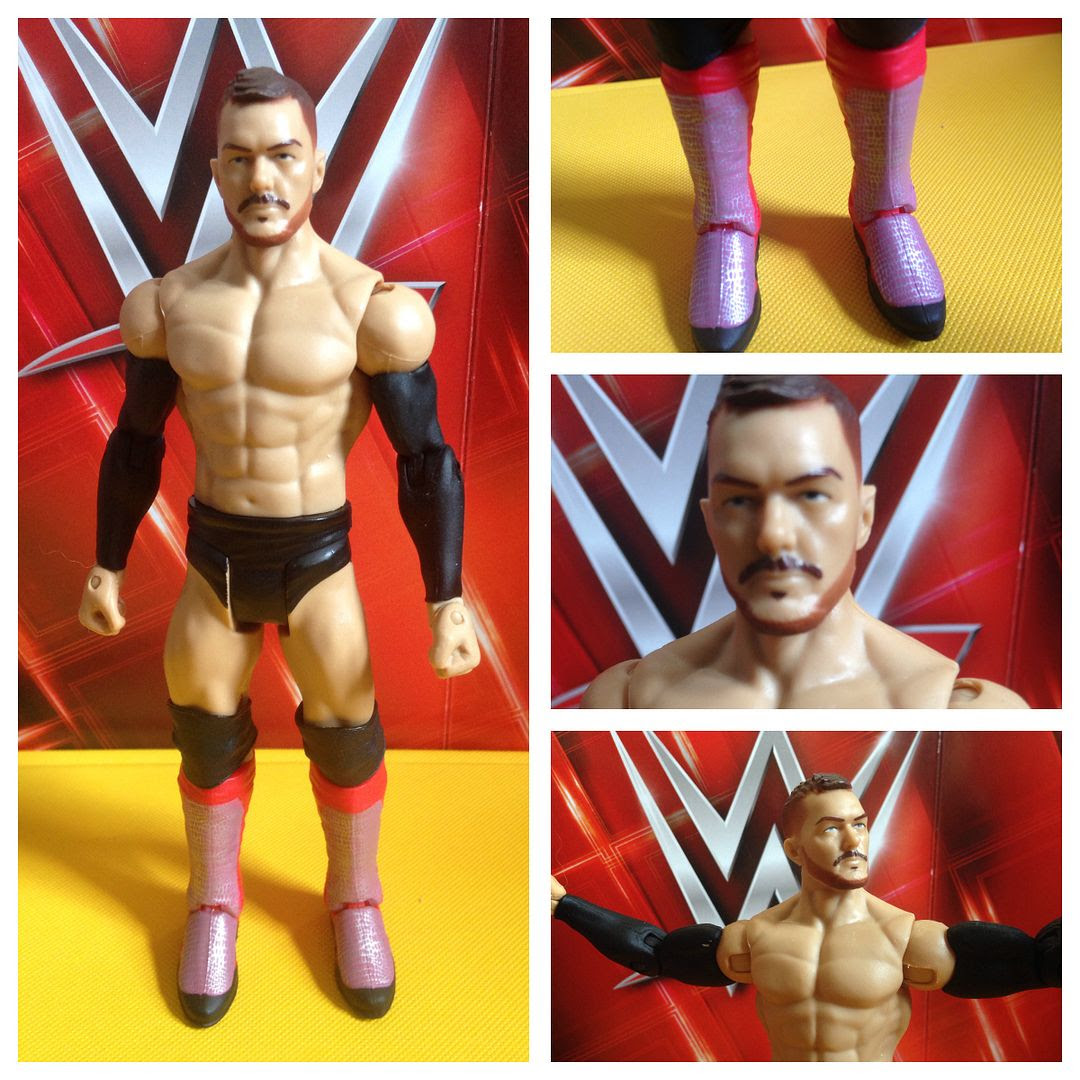 I found Finn Balor with Paige at Walmart and was rather surprised.   You can read more about that in the Paige review.   Finn Balor is one of the best wrestlers in WWE right now and I honestly believe that when John Cena retires (hopefully sooner than later he will reduce his fighting schedule) Finn Balor will be our next version of John Cena only, you know, with better quality wrestling matches.   You don't really need a reason to love Finn Balor you just need to watch his matches.

Do you remember back when TNA used to announce a "huge surprise signing" every week?  Well, one week someone commented on Facebook and said they should be signing Prince Devitt.   I was like, "Who?" because I'd never heard of him before.   So I looked him up and watched some matches on YouTube, especially one against Michael Elgin, who I was getting into at the time because he said he wanted to be a baseball player.

Coming to WWE doesn't have that same feeling for me that it did to see Daniel Bryan or even Hideo Itami or Samoa Joe, but Finn Balor is still one of those characters and wrestlers you want on your roster.   That being said, this figure serves one purpose and one purpose only: He is for Quentin to play with.   When the Elite Finn Balor hits stores he will go on display.   This one is here to help Hideo Itami fight off The Ascension, naturally.

And I mean, for someone who is usually so full of decoration, this figure really has little of it.    The boots are the only part of this figure which aren't solid and even then, it's not by much.  I mean, Mattel couldn't slap some kind of logo on the back of his trunks?  Of course not because they knew this would be his first figure in stores and as such it would fly off of shelves.   Plus, you have to buy this one to get the non-painted face scan so then you can make an Elite Balor without face paint and kind of have the two-heads-one-figure deal companies like to make, but yeah, this figure is good for what it is but it's certainly not great. 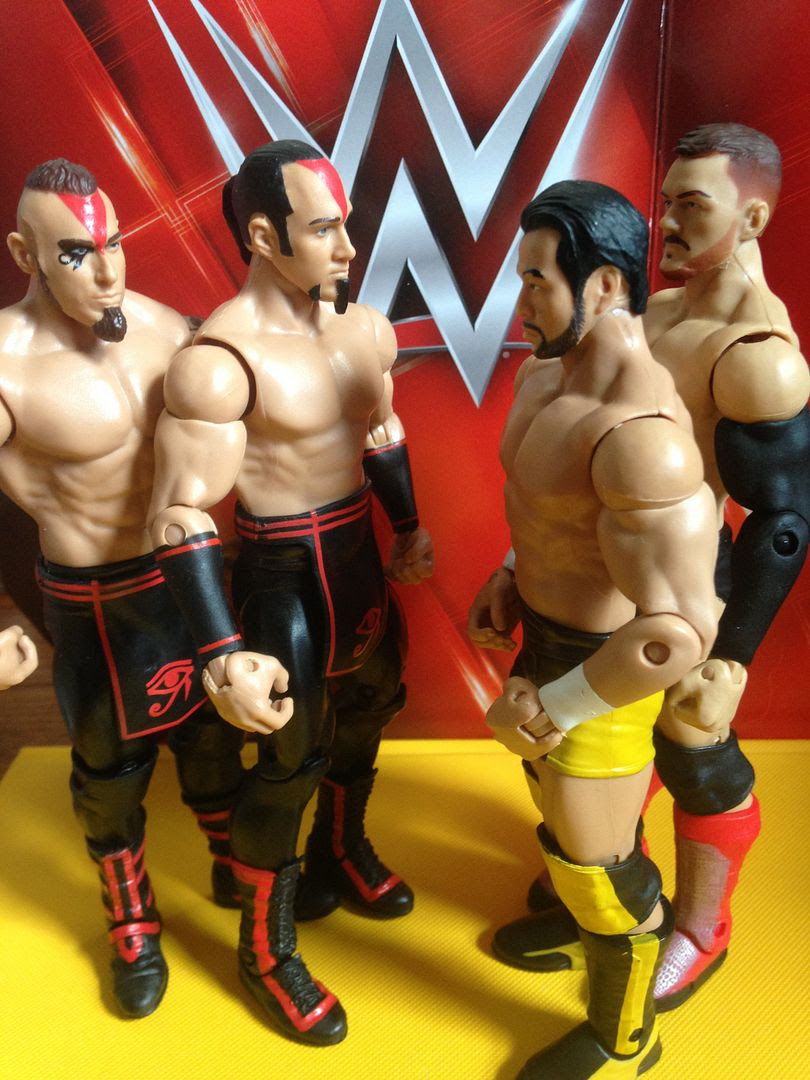 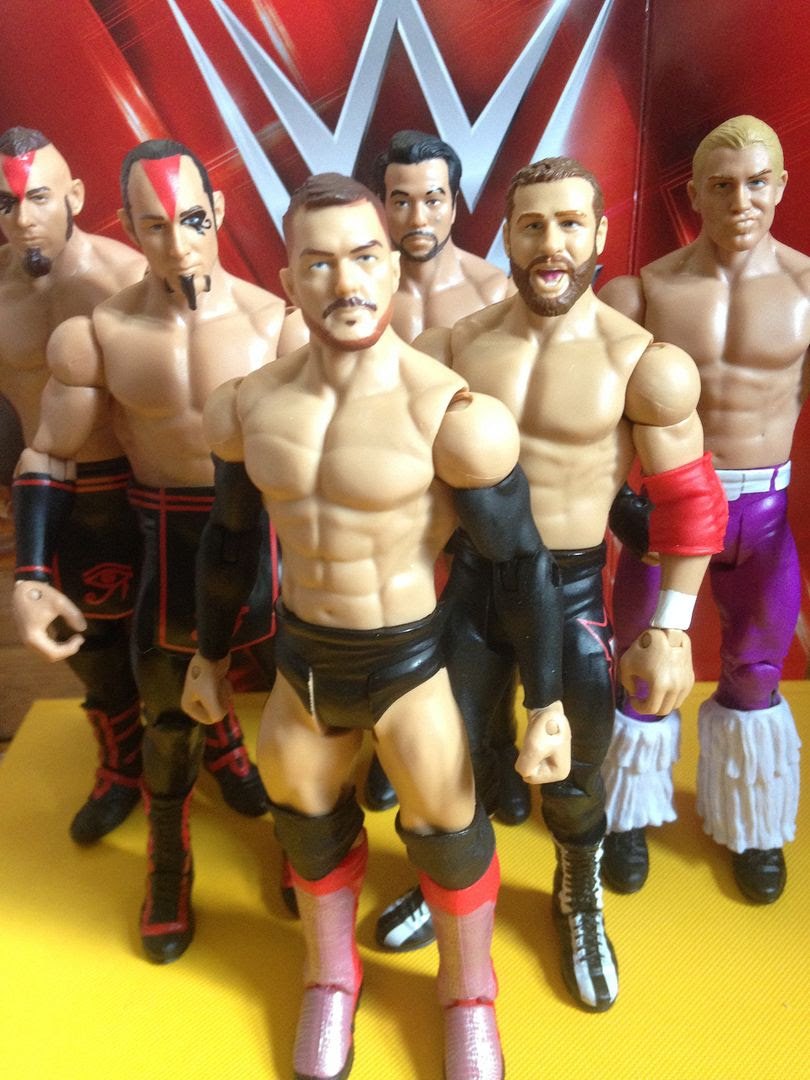