This is a new 7" from Emotional Response Records and as always be sure to note that total songs are not always reflected on vinyl as some are download only.   But each record you buy comes with a free download so there is no reason for you not to love all of these songs.

Enemy Anemone starts things off with three songs.     The first is called "Who Is Your Enemy" and it has this upbeat, pop rock quality to it.  I'm not sure why, but it really reminds me of Saturday Morning Cartoons.    Have you heard that album that was released in the 1990's with Sublime and the Ramones on it covering various theme songs like "Spider-Man" and "Underdog"?  It kind of reminds me of that, but I also feel like it's a good theme song because the show would be called "Your Enemy" and it would be kind of like a reverse super-hero cartoon (More about the villain than the hero) and the plot twist is that in the end the person holding you back is yourself.    Geez, someone call Cartoon Network.

"Off Season" is the second song and it has a slower more mod set to it as I can hear what sounds like those garage organs, but you know, if the kids from Scooby-Doo wanted to run around while it played I wouldn't find it at all in the least bit weird or out of place.

The third and final of the three opens with a bass line and female vocals sparking "Hey! Hey! Hey! I need your attention!"  Words are being spoken while someone else is singing and something is said about Instagram but I do believe it is in jest.    The line "I can't hear myself think" comes up a lot too and this takes me out of my Saturday Morning Cartoons mood but is still a fine song.

On the other side we have Cougar Vox and I'm not sure what "Craigieburn" means (Is it a guy's name?) but they like to say it a lot.   Someone is speaking through the song while the title is sung and it reminds me of some sort of garage rock pop combination I can't quite put my finger on but it is a fun song for sure.

"Odd" is the second song from Cougar Vox and the final song overall for this record.  It's just this great anthem about being odd and loving it and if for no other reason you should own this record for this single song.   It can be your theme song as well, just embrace it.    I am also odd and I also don't care.

Now "Prue" is a song which is included with the download but not on the record.  It's got banging drums and is dreamy like some sort of ballad from the movie "Cry Baby" or one of those "Teen Angel" songs, you know the ones, where they're all like "Why must I be a teenager in love?" and all that.

It is strange- and not lost on me- that while Enemy Anemone and Cougar Vox share enough similarities for it not to be weird for them to be on a split 7" such as this, it is worth noting that they couldn't be more different as far as two bands are concerned in general.   Yes, you could simplify both of these artists down to "female fronted garage rock pop" but the fact is that if you put these songs on shuffle you can tell one artist from the other and, well, it just goes to show why genres can be so vast and unhelpful when describing music.   Can we all just agree this rocks and listen to it every day?  Ok, it is agreed. 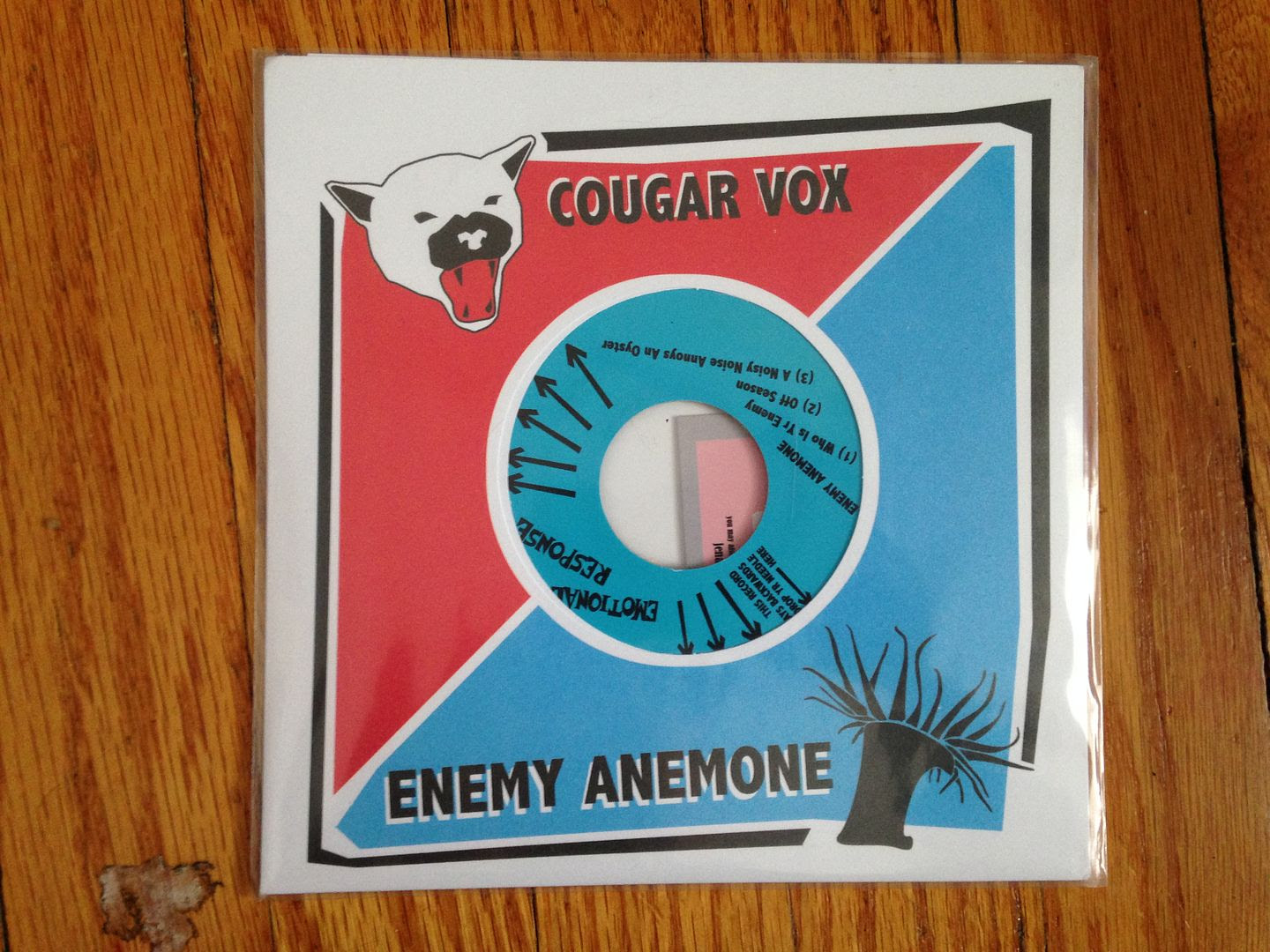 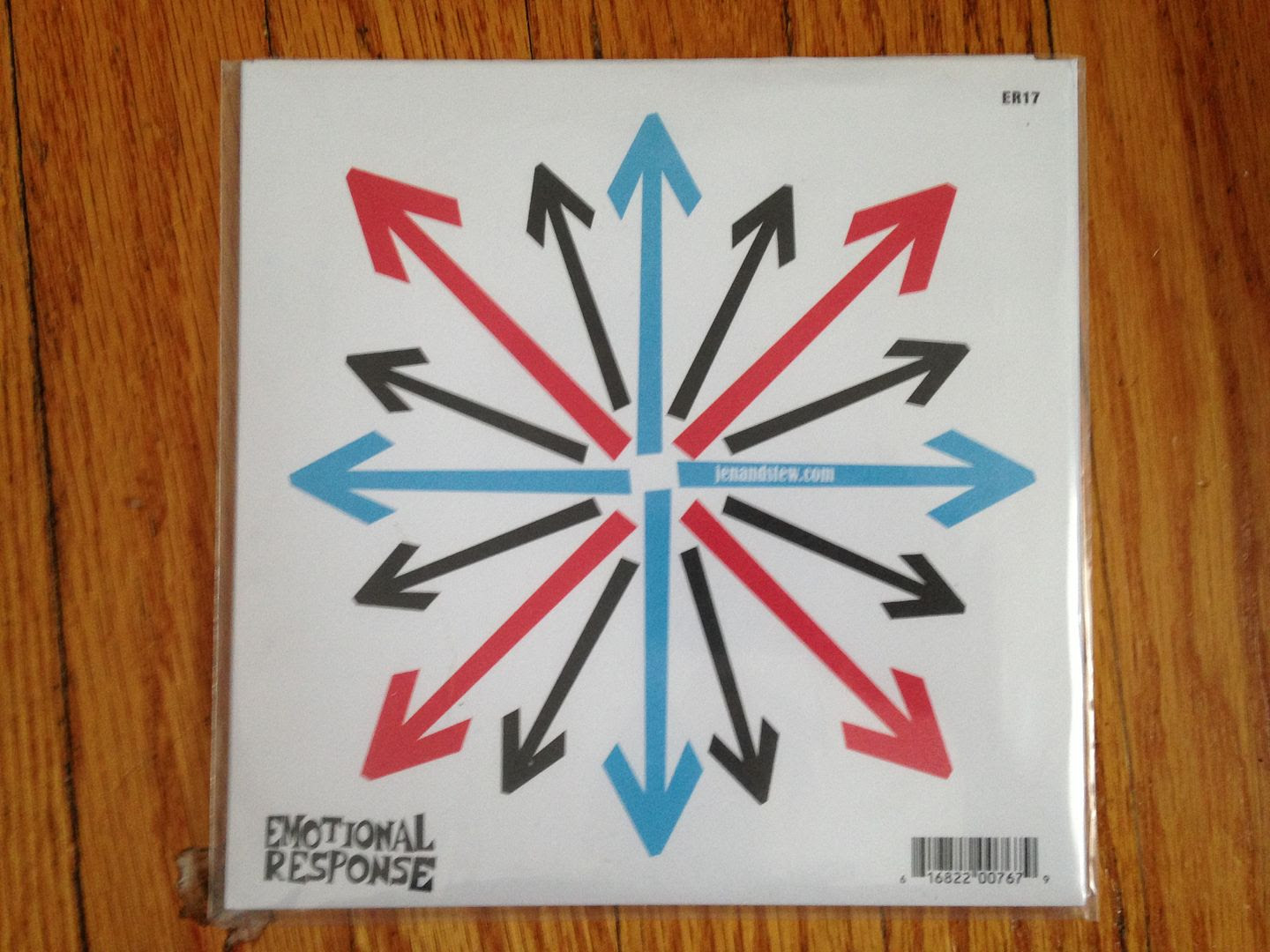 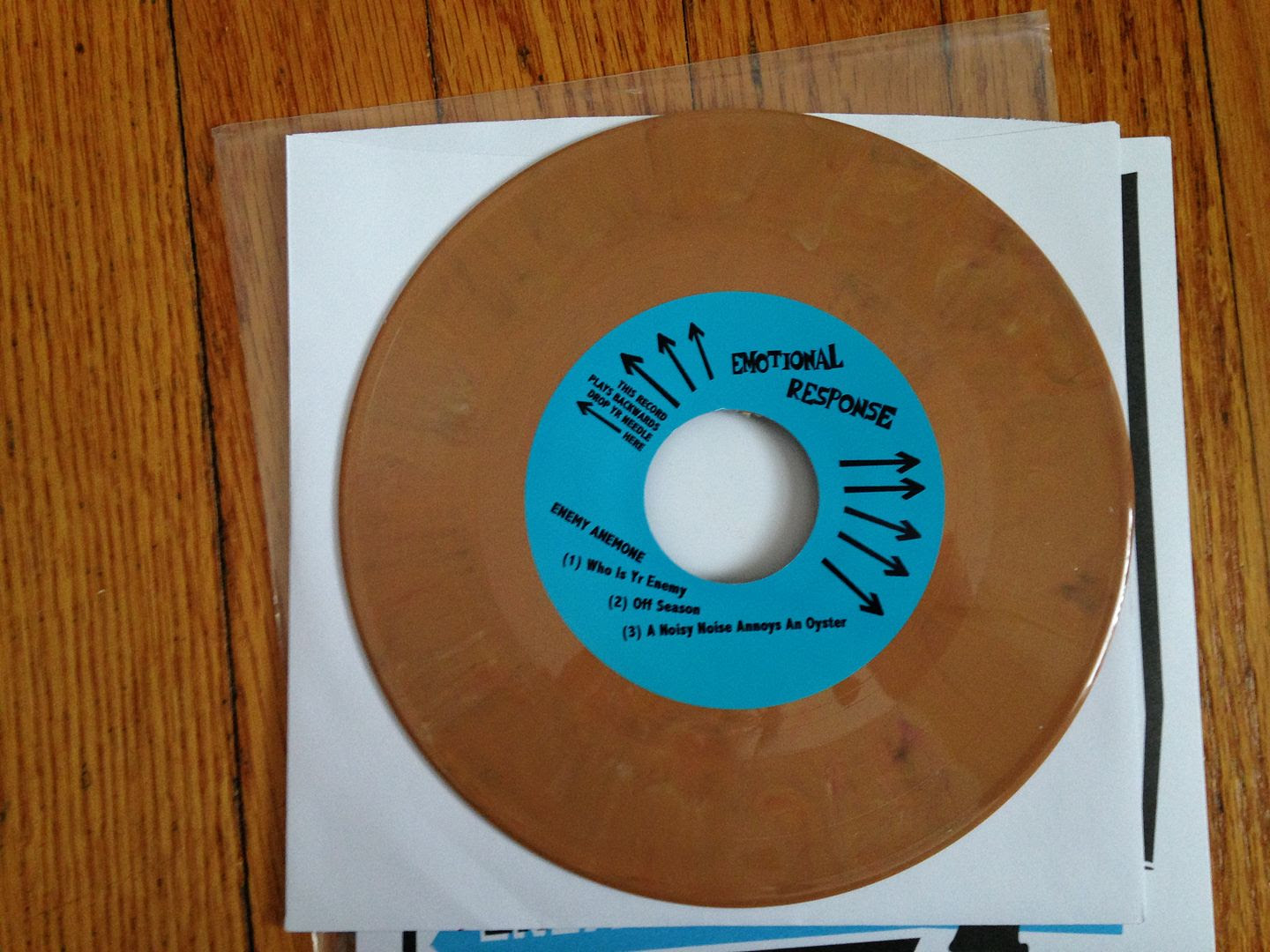 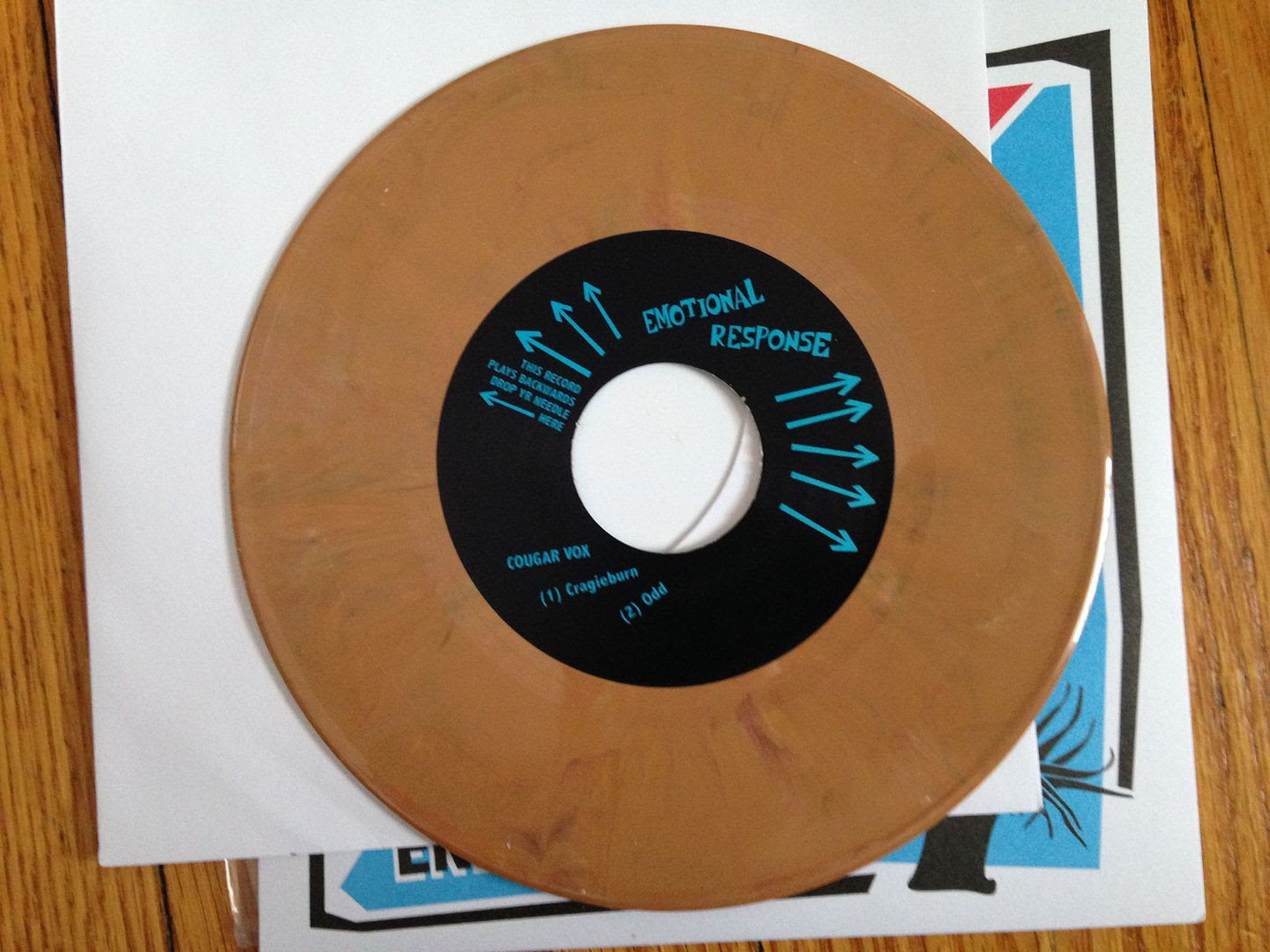 Posted by Joshua Macala at 6:02 AM