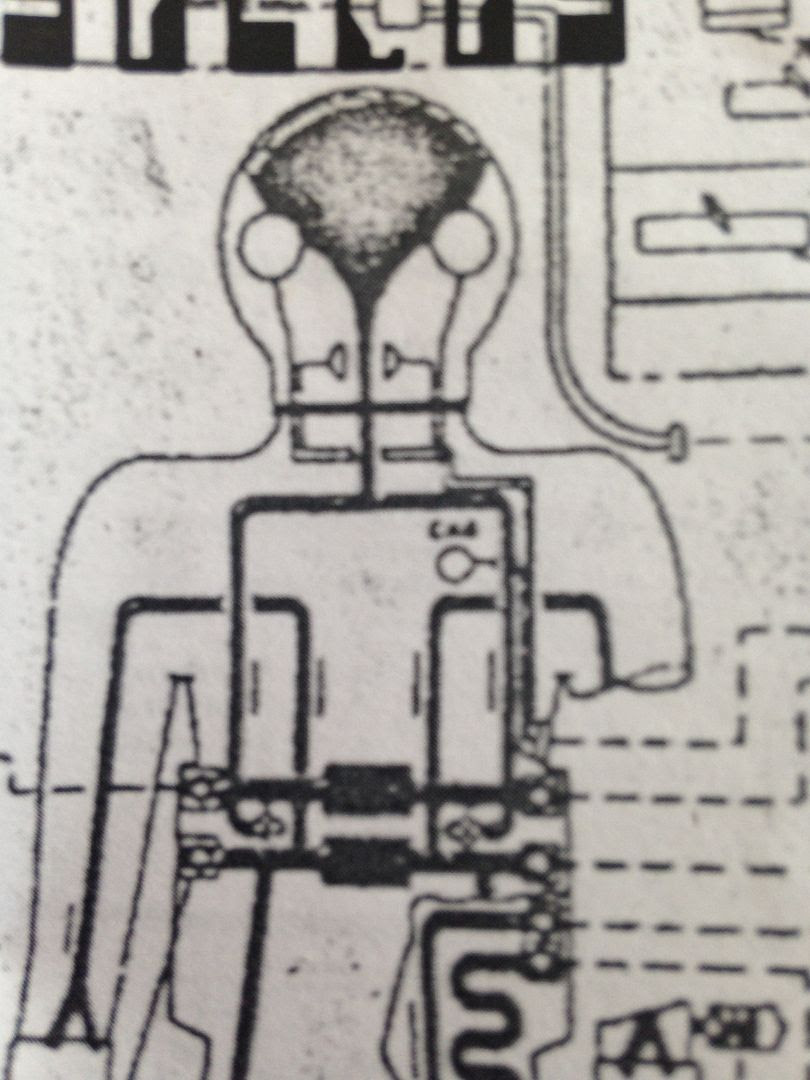 Before listening to this cassette I didn't pay attention to how long it was but this is a a long one, running at something near 90 minutes in total, and though it doesn't feel like that you have to appreciate the fact that some major motion pictures don't even last that long.   I went into this the same way I would any other cassette to review but when I was done listening to it and looked at the time I realized it was much later than I had thought.   So the good news is that for as long as this one is it certainly won't drag and make you feel like you're listening to it for as long as it actually is.

The cassette begins with an audio clip which I believe to be from an airport.   Words are spoken and a guitar rattles through trippy space.   A slight squeal makes me believe we are somewhere between ambient and rock music.   Smooth guitar rock comes out next and I feel as if we are bordering on the blues.    The guitar rattles ala "Pulp Fiction" and then there is another audio clip.   Something is said about "It's not handled properly.  Ever" and there is also a little bit of funk.    A demonic voice portion takes us into something out of Doctor Who.    It's trippy wizardry at its best.   Back into rocking it goes wicka-wicka-wah and then as it starts to become a little dreamy it just sort of cuts off to end Side A.

Side B is spacey with guitar beeps and singing which has me somewhere between David Bowie and The Cure.   An audio clip comes on sped up that says "What this means is".   Outer space guitar ringing takes us into FNL.   There is also some pretty heavy drumming in here, which I certainly enjoy.    I could call it "future rock" (whatever that means) but there is also some Black Sabbath in here as well.    Still spoken words though, and then a count down to blast off.    It becomes rather alien and there is chanting but then lots of trippy guitar note pieces as well.   A pretty heavy throw down with horns comes in next like something from the Blue Meanies or just traffic and then someone says "Start projector now" and it ends.

The music on here is really amazing but one thing I've been trying to do while listening to this is really analyze the audio clips where words are spoken and see if I can somehow put them together to make sense of something.   One of my struggles with that, obviously, is that this isn't something which is only twenty minutes in length and so the repeated listens come at a price but at least I never feel like this is dragging or wasting my time.    This cassette by SULCUS should win you over based on quality and quantity while also reminding you that sometimes the best mystery movies exist within our own minds. 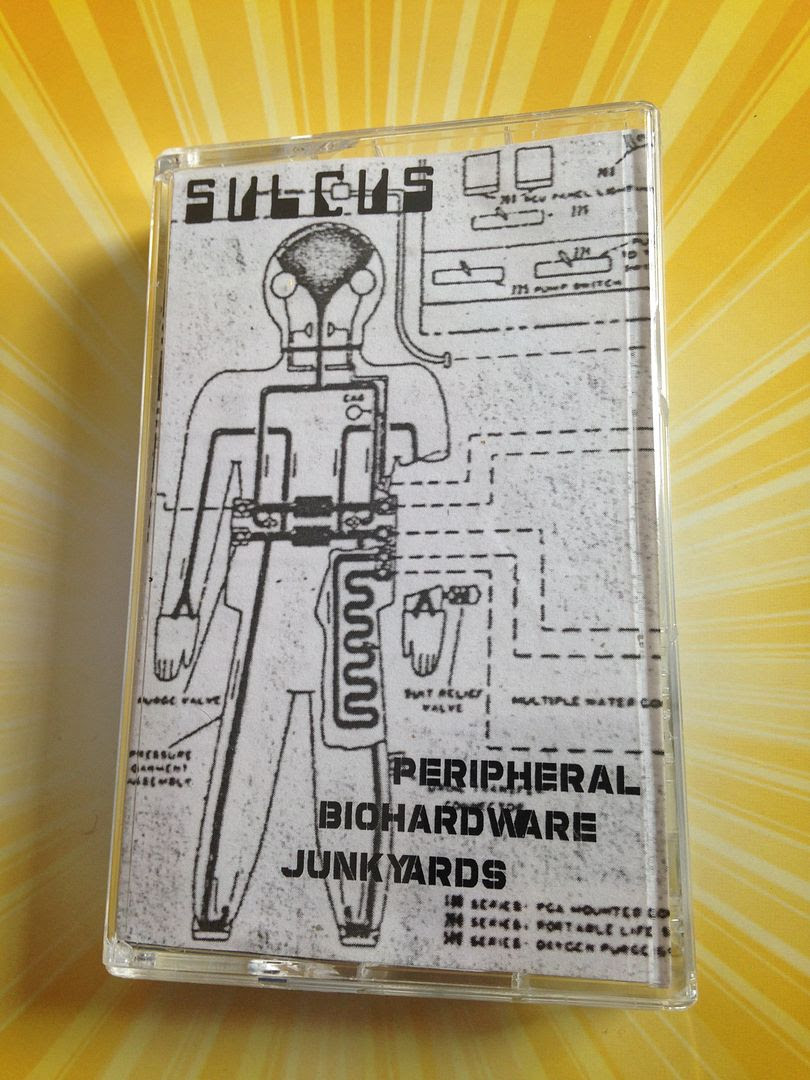 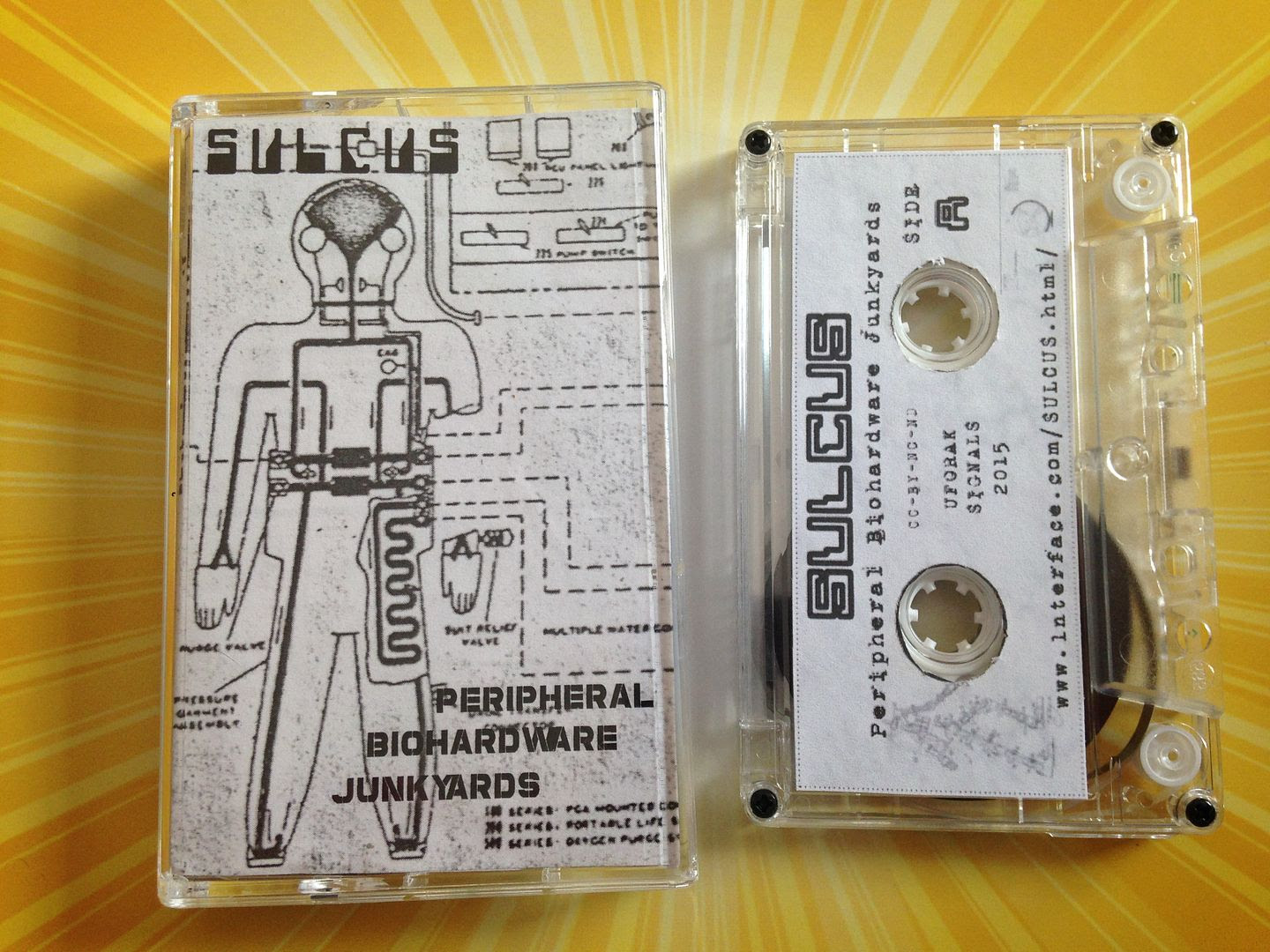 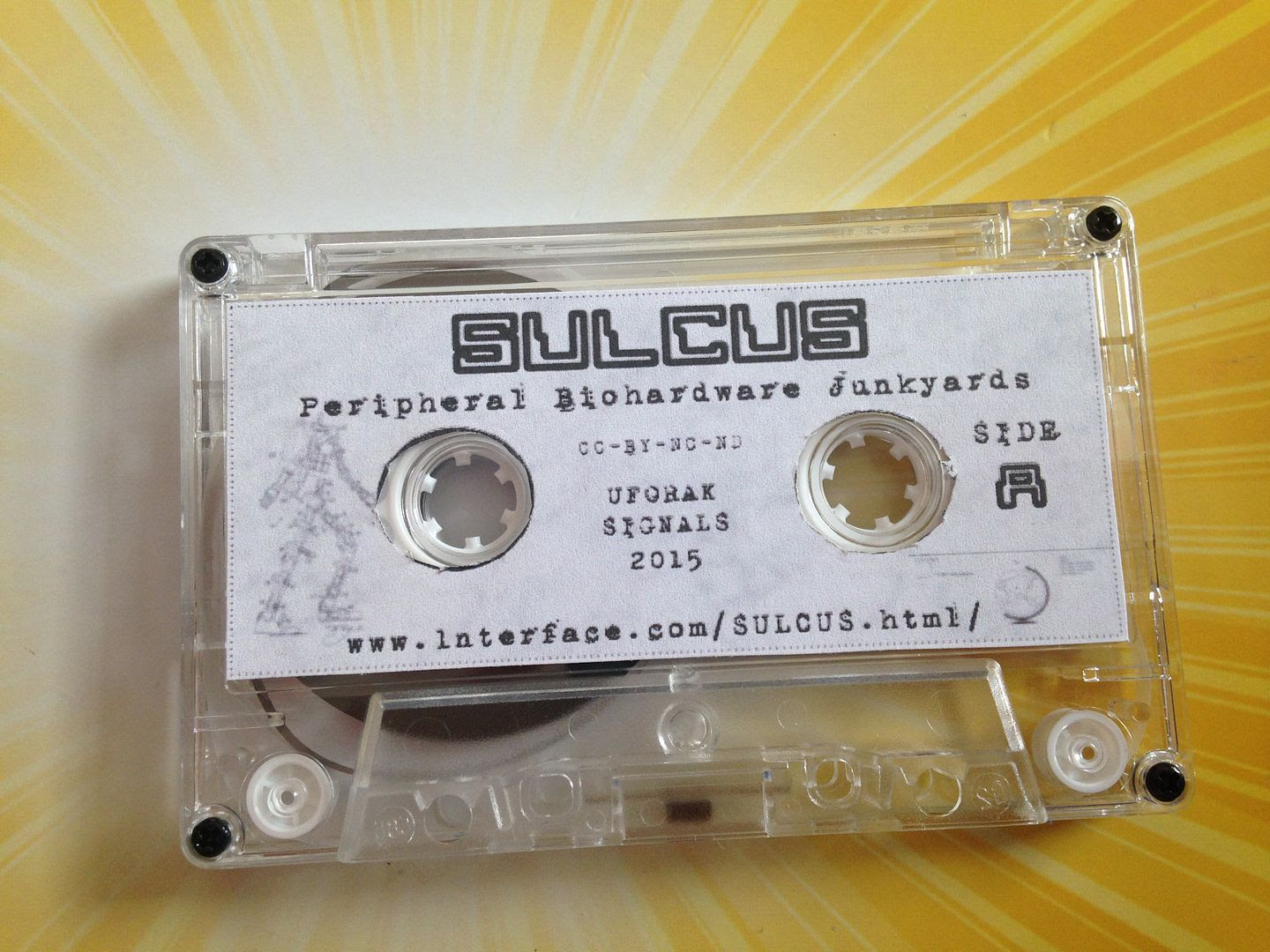 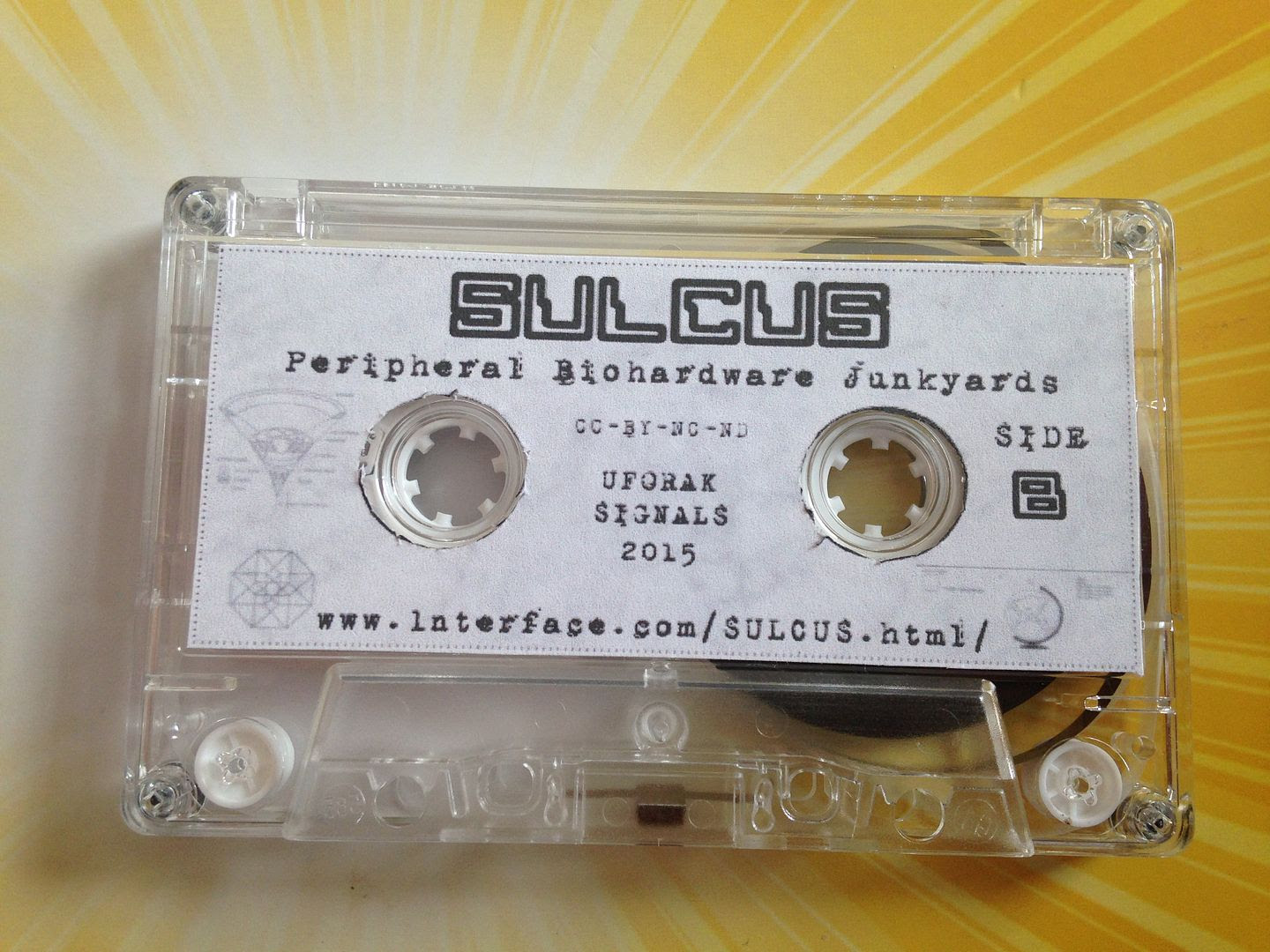 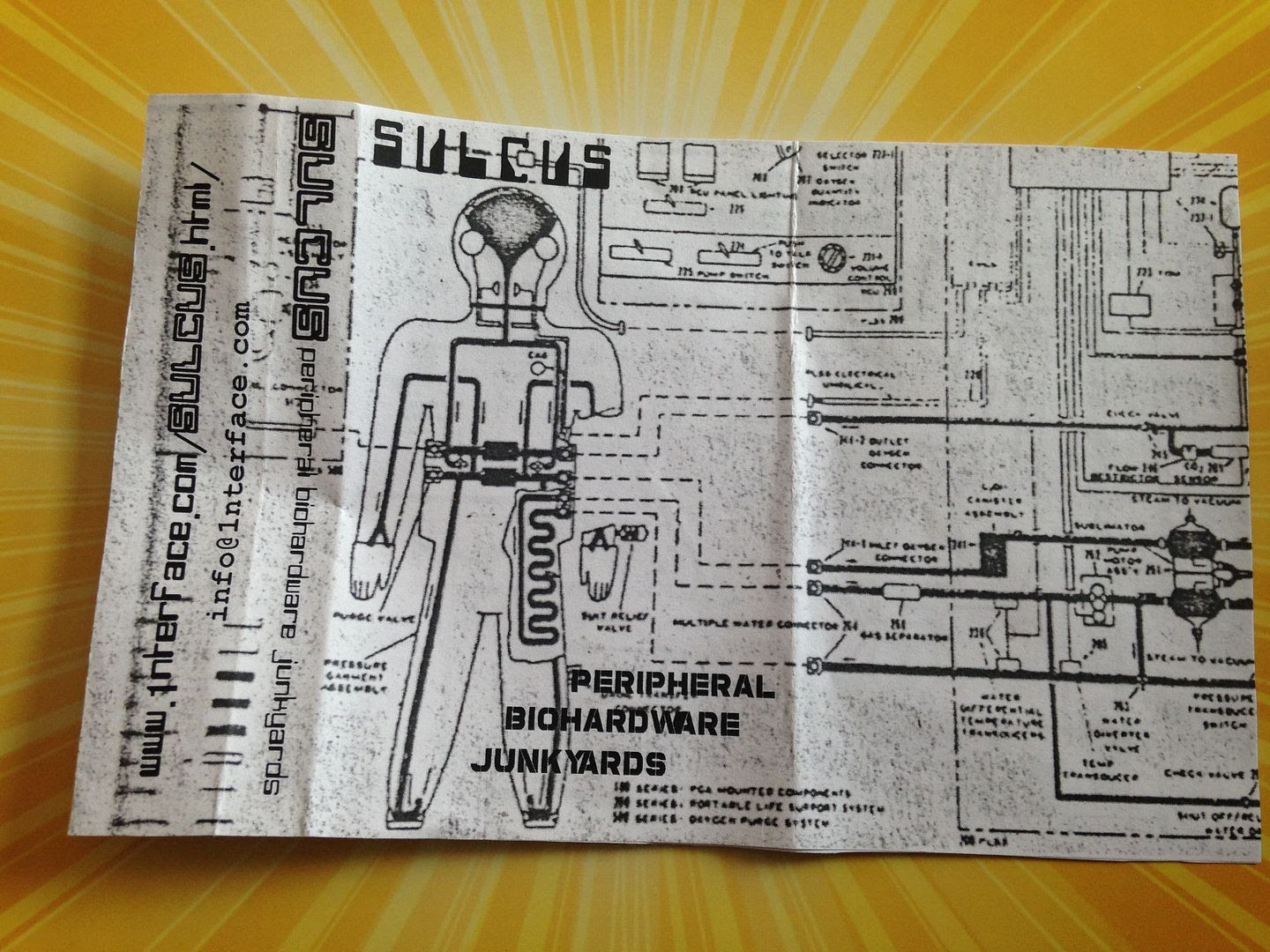 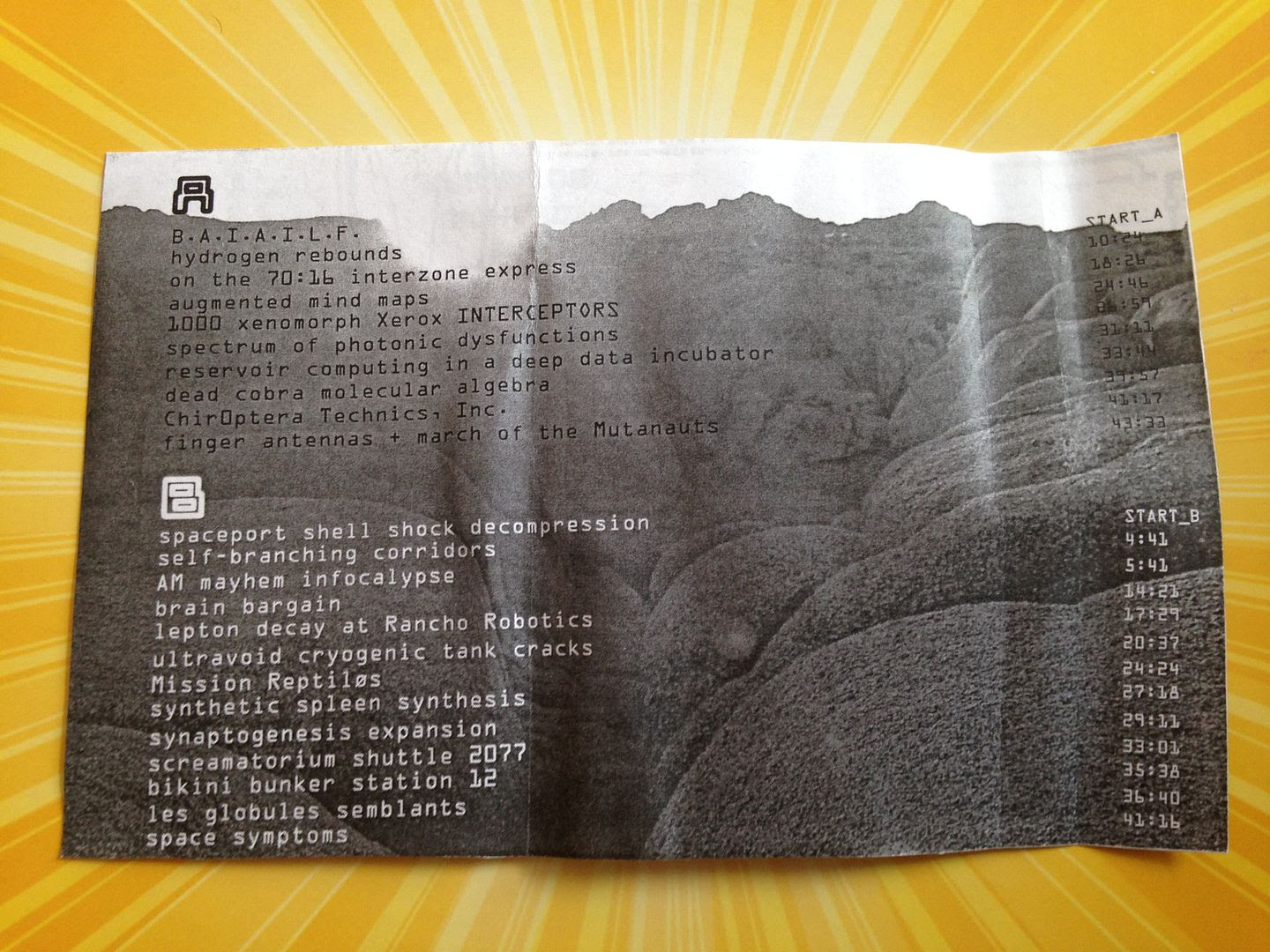