Cassette Review: Snow What "It's Over" (Rok Lok Records) 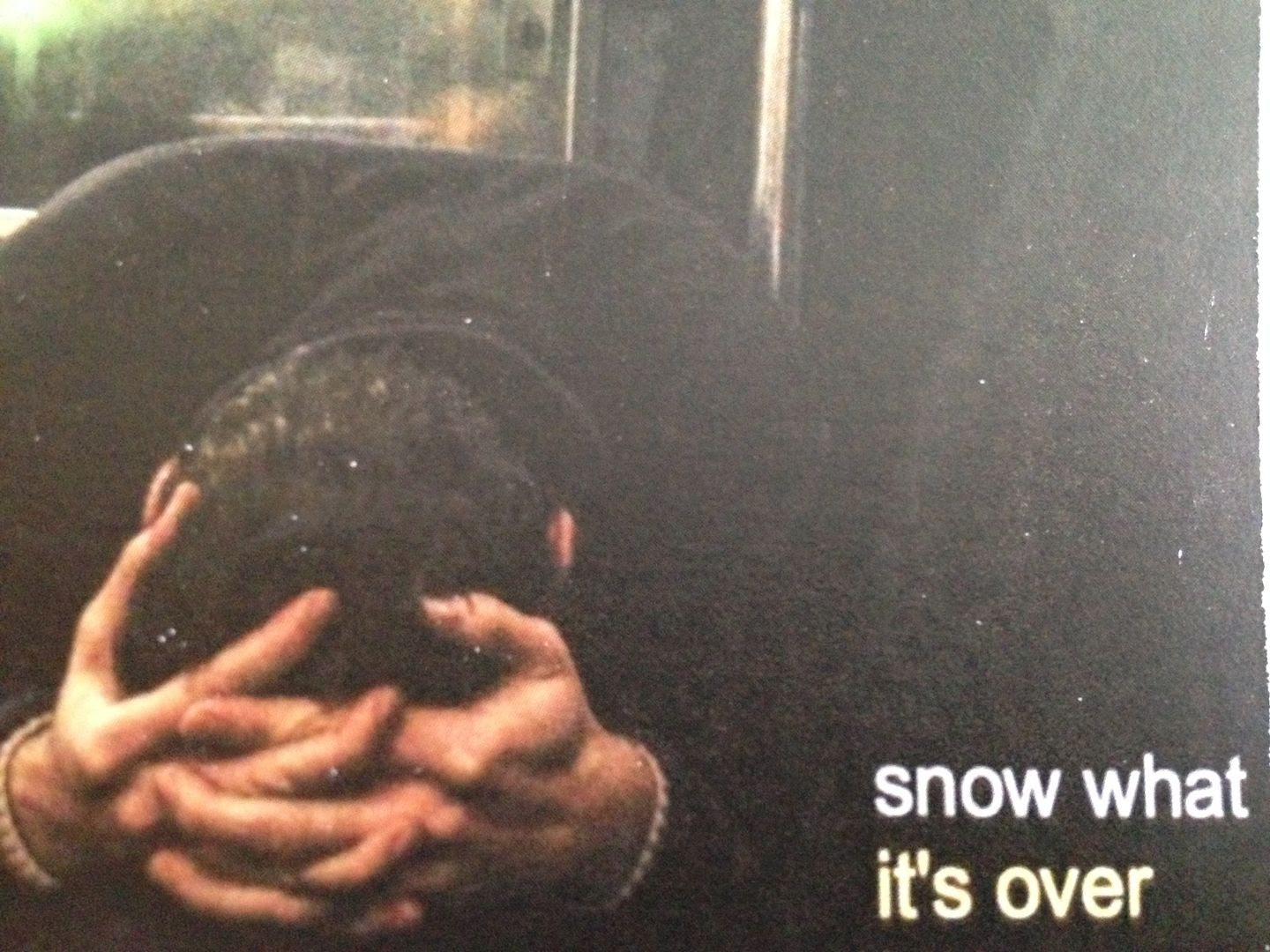 Snow What is a band that I've always kind of known was on Rok Lok Records because I've seen them on their Bandcamp page before but this is my first time actually hearing them.   Sometimes I feel overwhelmed by how much music is out there and so taking it one band at a time is never a bad thing.   I often get upset to the point of "Why haven't I heard this band before" but part of listening to a lot of music is pacing yourself so as not to become burnt out on it, which is probably what happened to me back in the early '00's.  (I also blame the overall quality of music, but that isn't what this is about)

The rock style of Snow What is somewhere between Piebald and Smoking Popes.   Of course this leads to some bits of Bayside being in here naturally because Bayside has those elements of Smoking Popes, but it's just some clean rock n roll music with big guitar chords and killer guitar riffs.    If I had to make a recipe to tell you what was in these songs I'd tell you that they're punk at their core but on the surface combine maybe 30% twee or similar guitar clank sound and then the other majority of it comes from a band such as The Replacements-- you know, that 1990's "alternative rock" type of band-- but combining these elements does give Snow What more of a modern feel and so it's not quite as close to being "No Alternative" as other bands I've heard.

I feel like too many bands in rock today feel like they have to have a gimmick.   It's like, oh, you're that rock band with the trombone player or the rock band with dance beats.   Whatever happened to just being a rock band?   Well, that's where Snow What comes in I suppose.   And I really like the name Snow What as well because as much as I think of it as being like "So What" I also think of it as being Snow White.   Plus, I really want to see them go on tour with Canadian rapper Snow, but even asking them to cover "Informer" is something that likely won't happen because then they'd be known as "that rock band who covered Snow" and, well, even I don't want that for them.

This is just some solid rock.   On Side B, one song takes a stop and then comes back as if something is wrong with the cassette but I assume since the cassette keeps going it was supposed to do that.   It was almost as if the pause button was held down briefly during dubbing but not in the way which speeds things up.   Oh, and he also calls his guitar solo at one point and that reminds me of something from an old Fat Wreck Chords compilation which also makes me very happy.   So if you don't listen to this you obviously don't like to rock and if you don't like to rock then why are you listening to music in the first place? 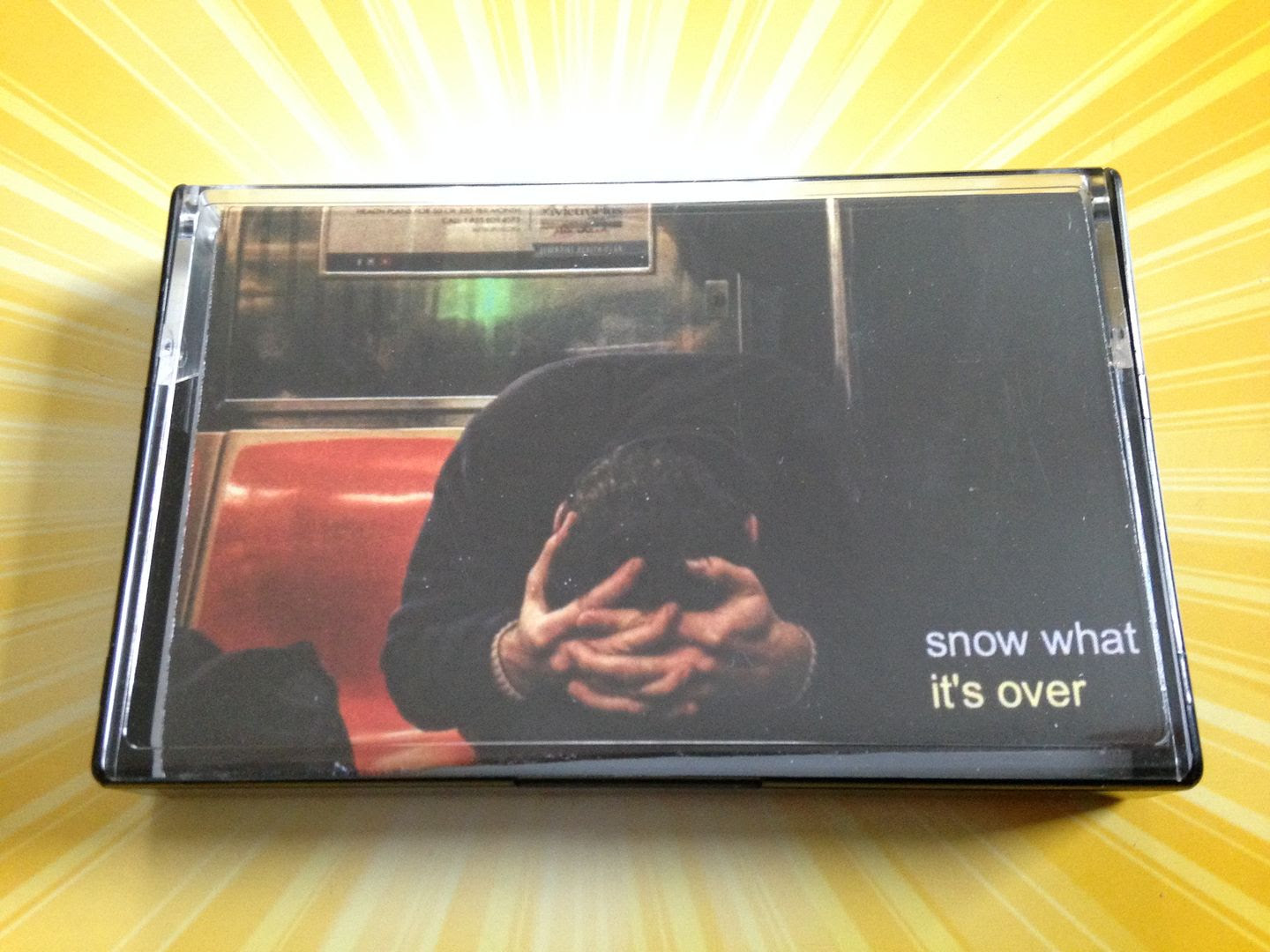 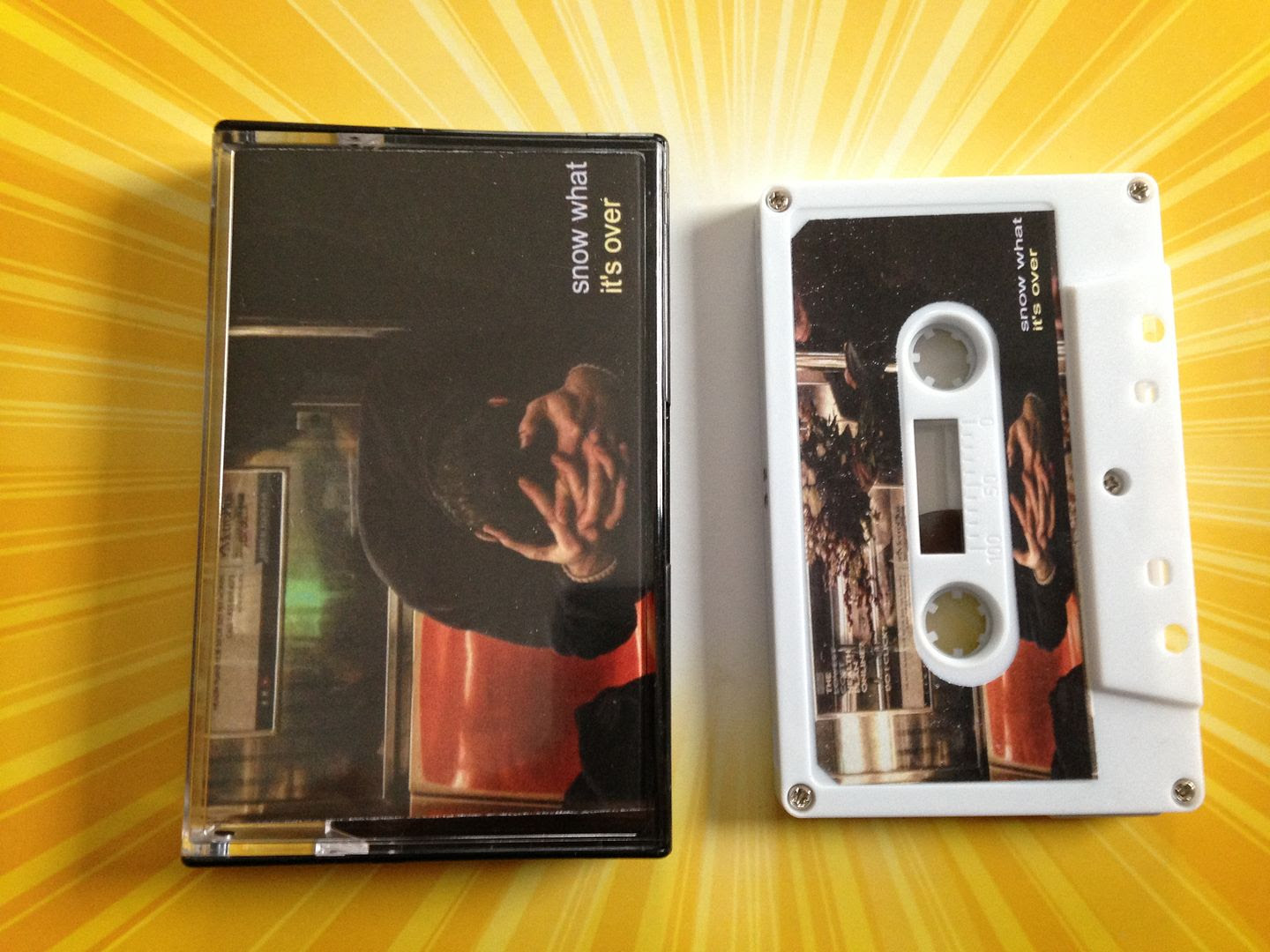 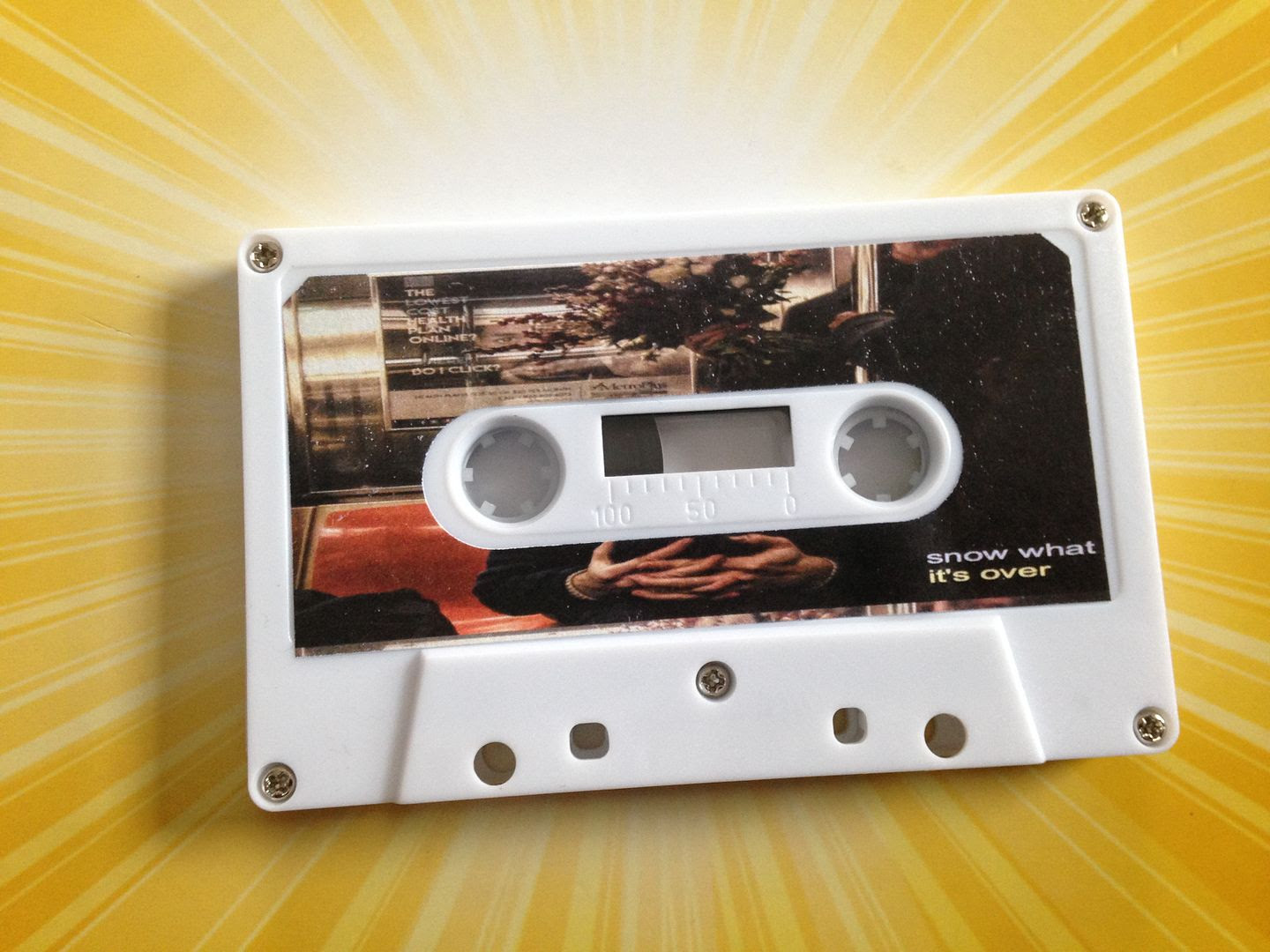 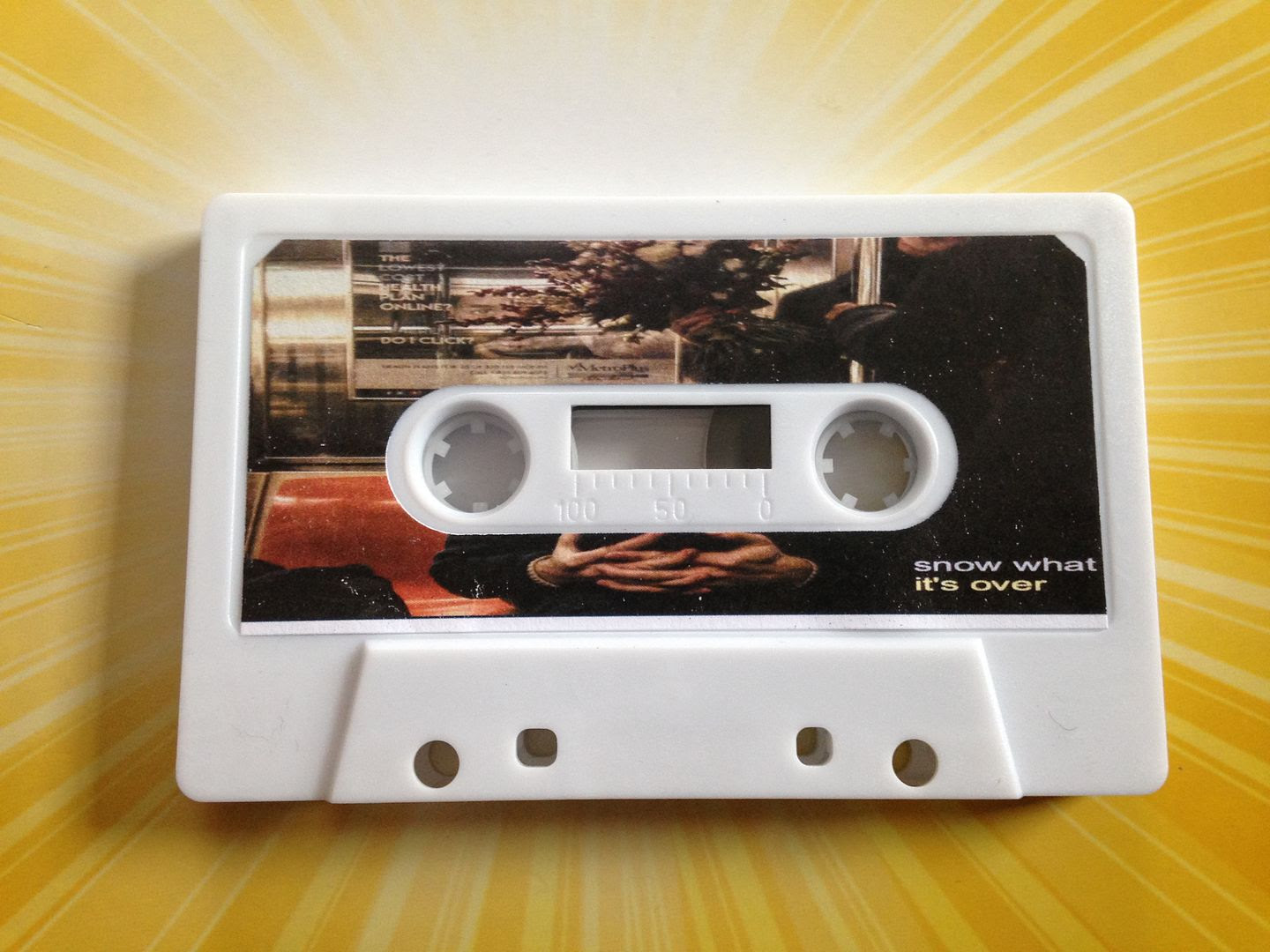 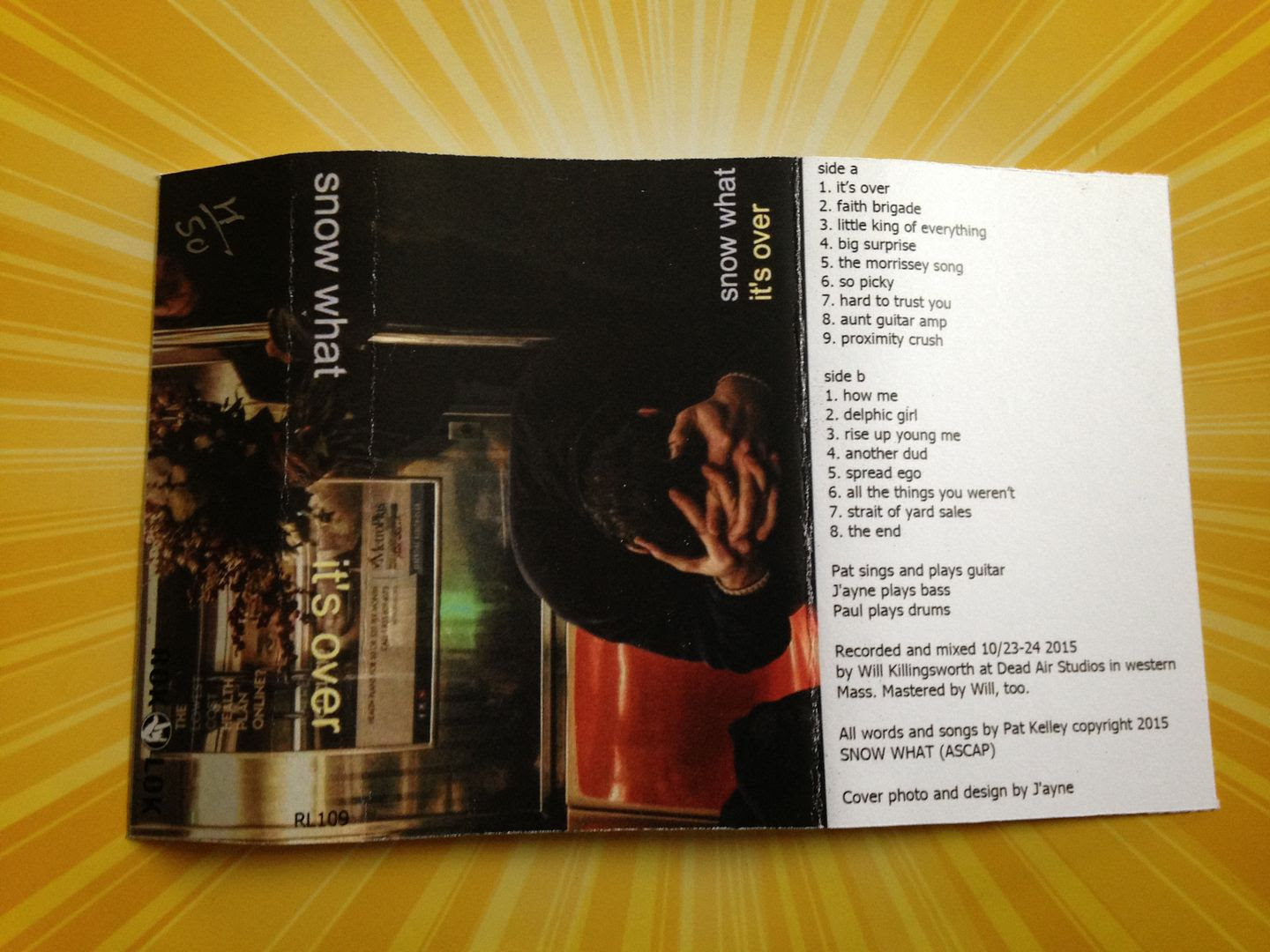