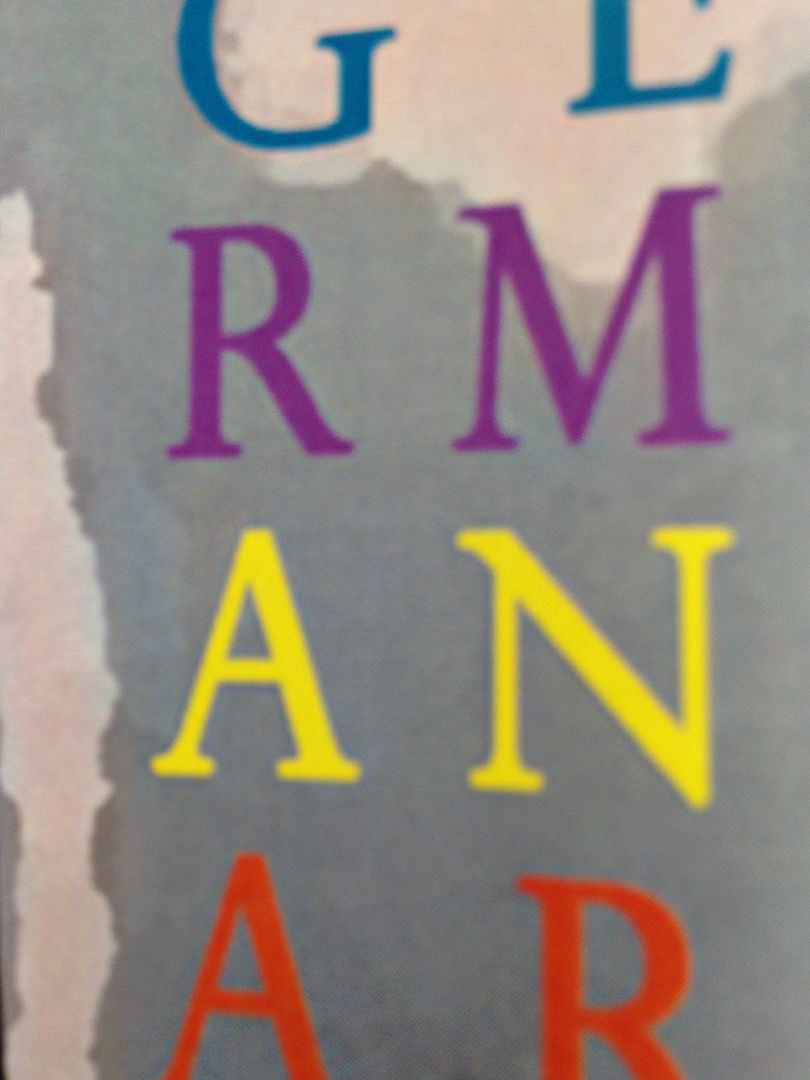 I feel like German Army is everywhere now but only because I have listened to him/them in some form or another these past few months.    First, the record.   Then, the CD (Well, as Final Cop, but my point remains)  And now a cassette.    And for those scoring at home, this is the same cassette label which brought us the most excellent cassette by Unfollow called "Zero Likes".

"FUNAI" begins with funky space beats and spoken words.   I feel like I'm being fooled by always thinking German Army is instrumental and now all of a sudden all of these vocals are coming out- even if it is just spoken word- but whatever.   I continue to listen to the groove.    It's sort of surf rock even and I can't place where I heard it before except for that one song that Smash Mouth did which sounded kind of surf-like.  (Confession: The album which "Walking On The Sun" appears on by Smash Mouth was among my favorites when it came out.  I still think some of those songs are underrated.  I also once saw Smash Mouth perform live promoting said album because Buck-O-Nine opened)

Deeper vocals bring about drumbeat loops.    Some blissed keys swipe across as well.   I still don't remember German Army having this much singing but they do on "FUNAI".   Is their identity becoming known so now they can sing or something?   What is going on in this world of German Army gossip?   Who will tell me?  Who could I even ask??  An instrumental drumbeat rhythm serves as an outro to end Side A.

Side B begins with a xylophone and female vocals and strings with male vocals.   A lot of what happens on Side B is actually spoken word but when he is speaking (And I'm not sure if it's really spoken word or an audio clip) he sounds like a doctor diagnosing a patient only it would be more of a mental patient than a "Hey, I think I broke my arm, doc" patient.    Sharp dings come out in mostly instrumental beats.    Deep synth beats are moderately paced now and there is talking.   I'm not sure why, but I think it's about to go into "Wanderlust" by Polly Scattergood.

Side B ends with a quieter Knight Rider pulse.   It's a slower trip but there is still talking and I think this cassette might be the time when I decide to stop commenting about how I didn't think there were so many words in the music of German Army.   It really doesn't matter whether there are words spoken, singing, strictly instrumental or some kind of combination of these things.    That's like debating whether this music sounds best on cassette, vinyl or compact disc when the answer is so obvious: It does not matter.    This music is brilliant no matter what and if you're not listening to German Army my only advice to you is to start. 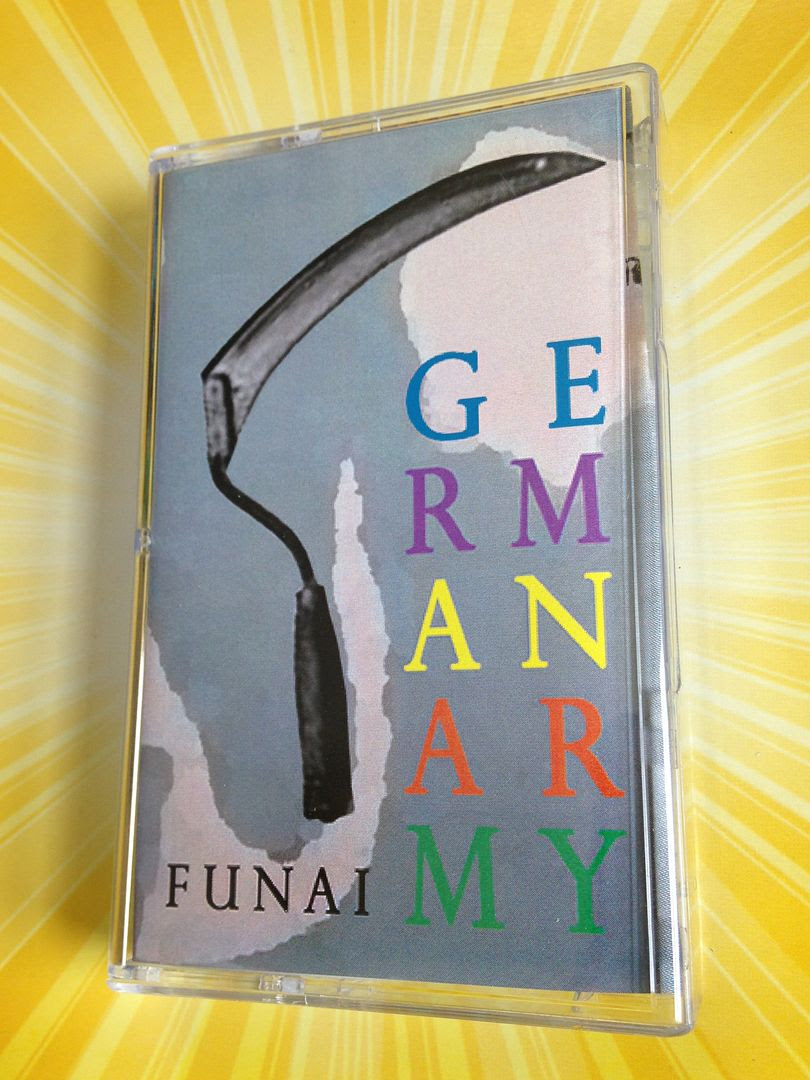 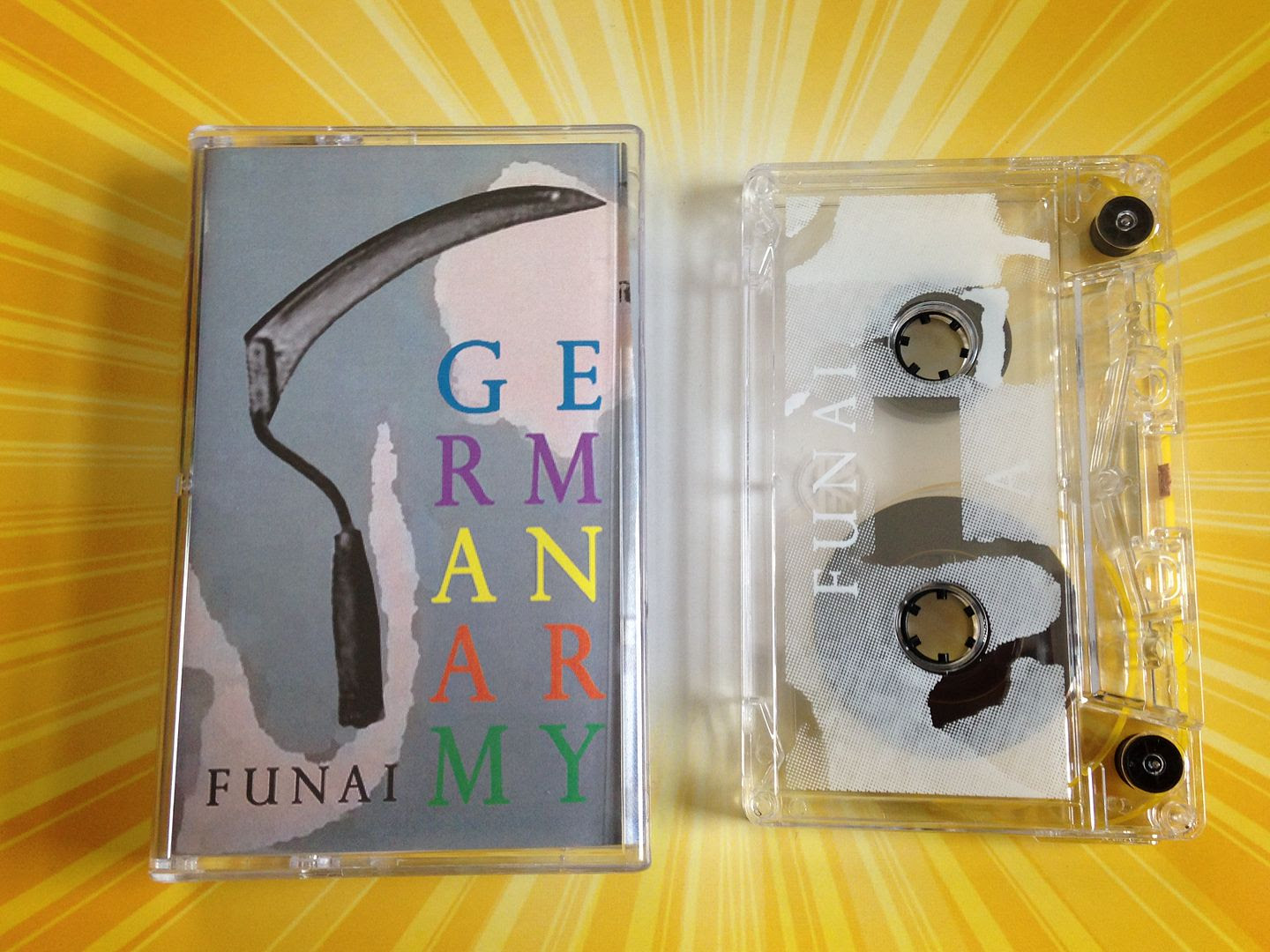 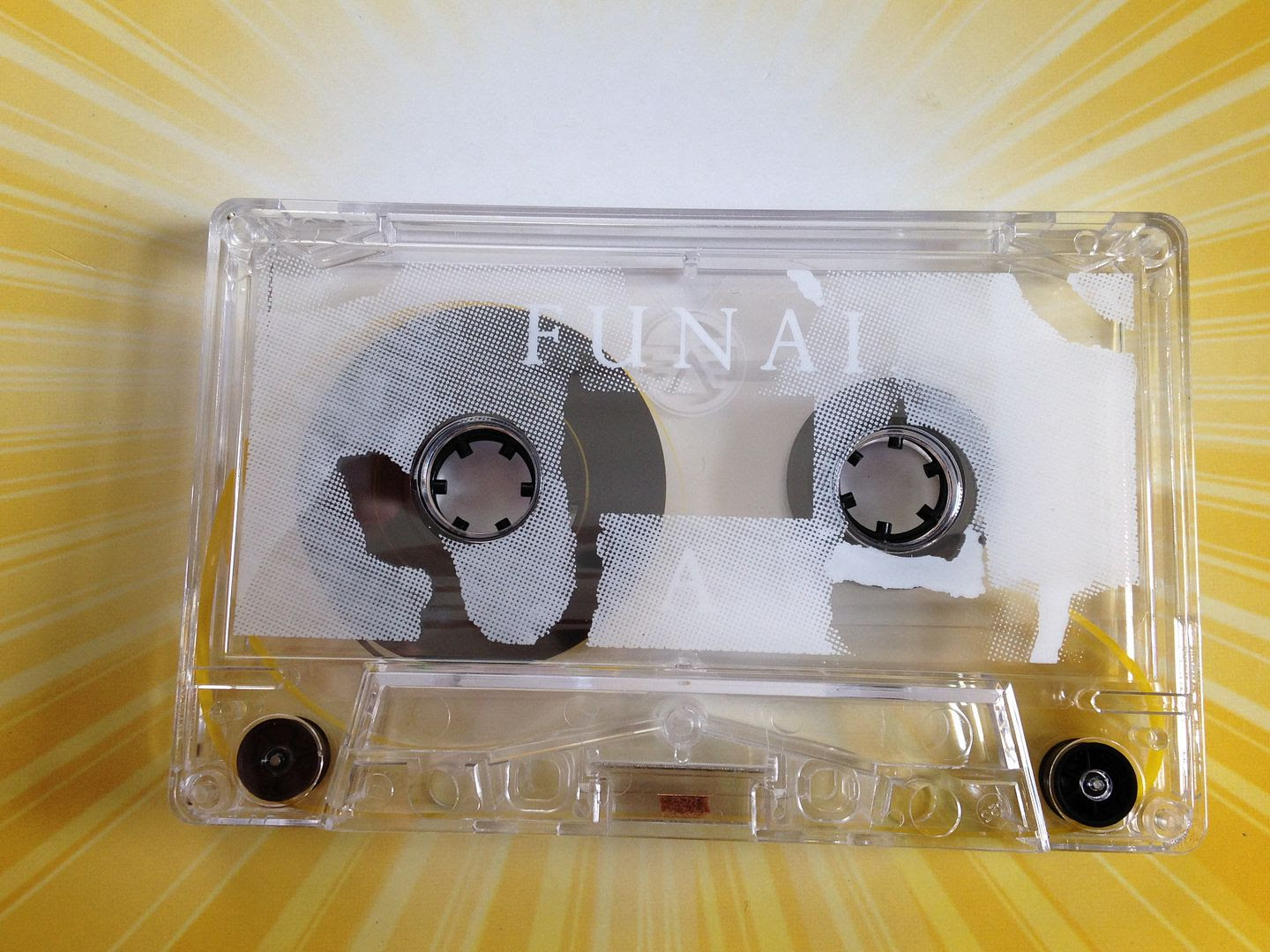 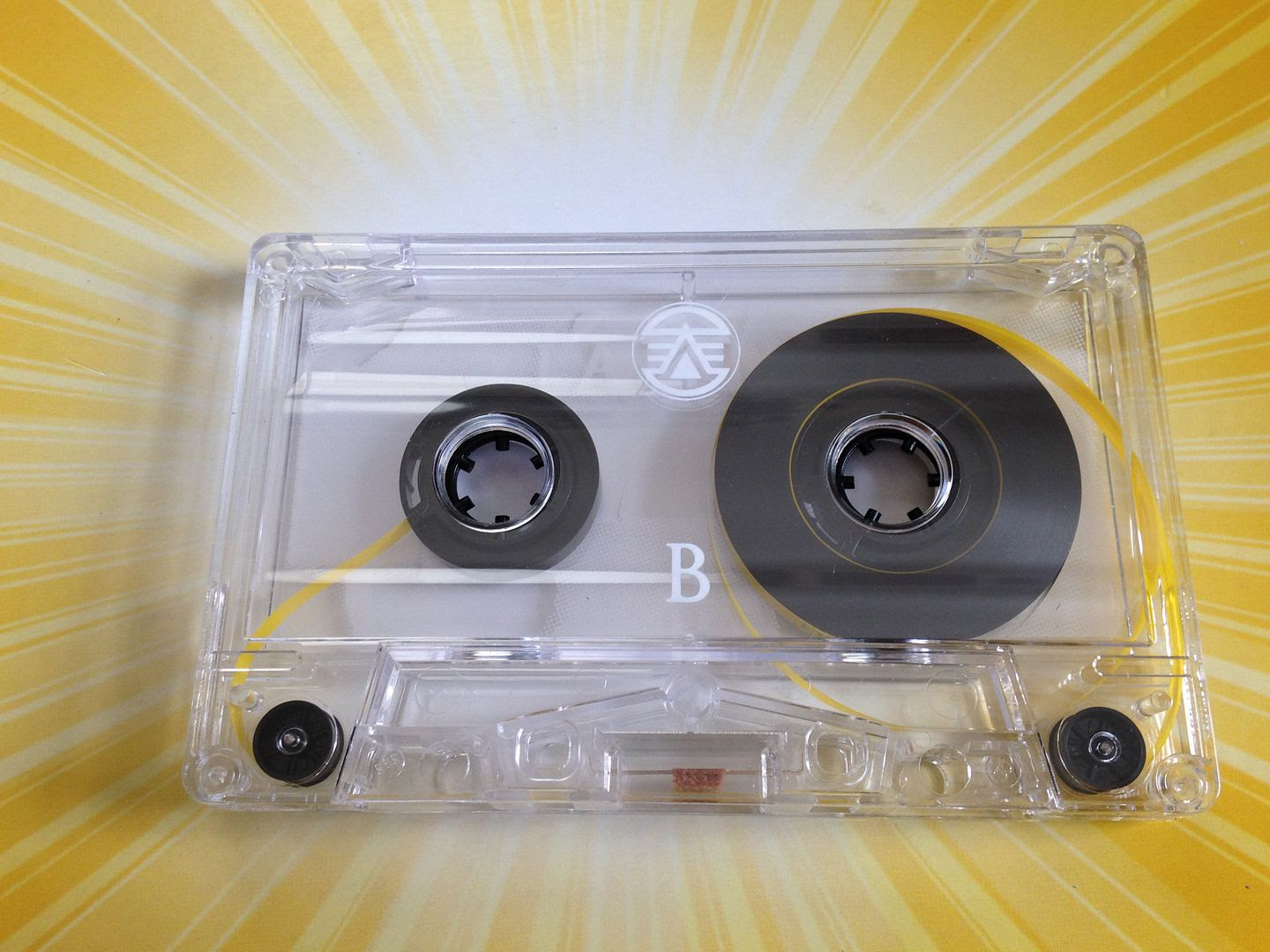 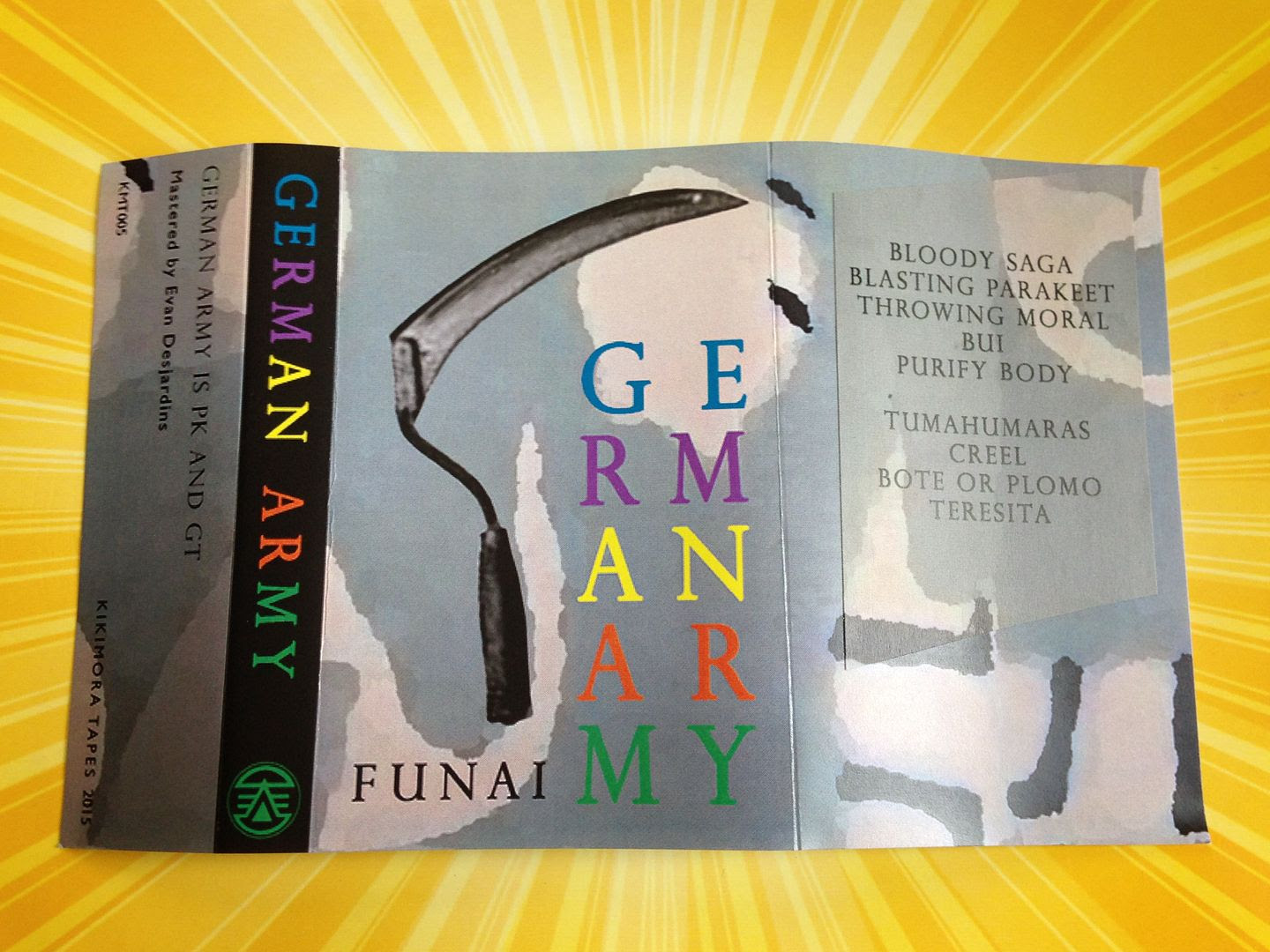