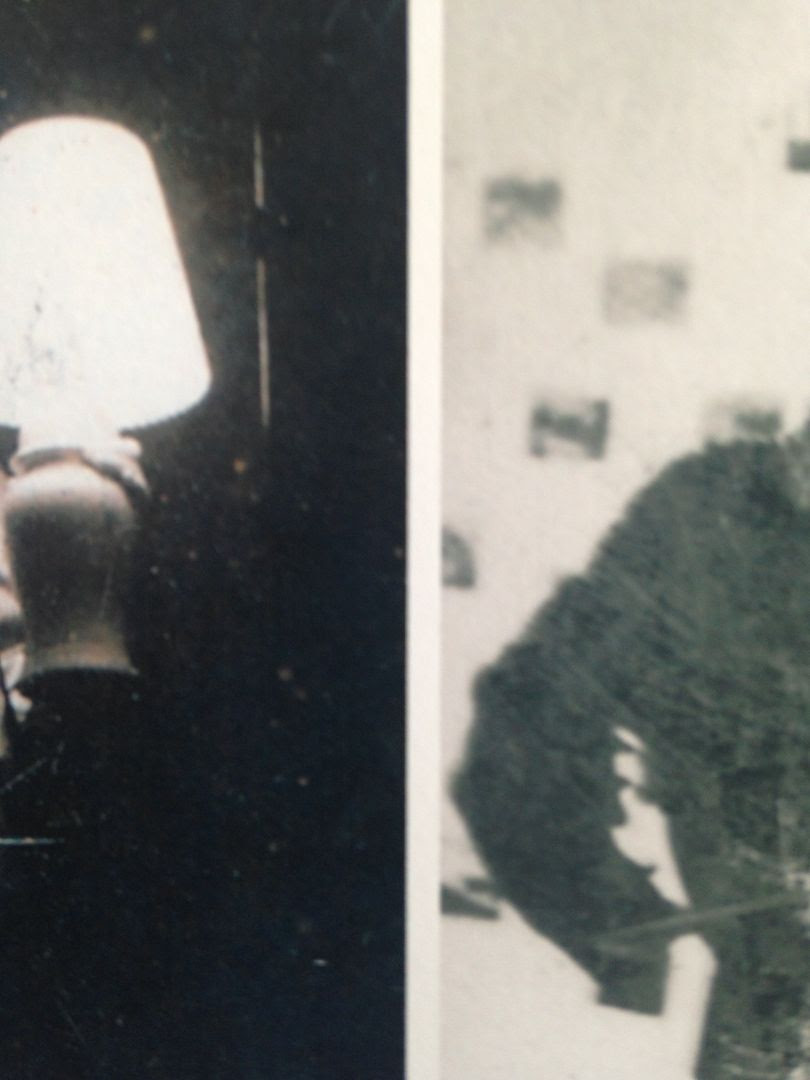 [$11 within the USA, $20 to ship International // http://www.haltapes.com/invisible-shadows.html]

When I first received the email about "Invisible Shadows" I opened the link and found out that it could be streamed for free but also that it was on compact disc, which kind of caught me off guard for some reason.   I thought that if this was truly these old, almost lost recordings of Debbie Jaffe and Hal McGee that were originally on cassette then why not release them as they were originally presented-- on cassette?   I reasoned that having a free stream was better than paying for a compact disc and then bookmarked the website.    While at work I thought a lot about this release though and realized how the time and effort which went into creating it as well as restoring it would be worth the money and I shouldn't act as some sort of snob because it wasn't on cassette.    I still felt like Hal McGee deserved money for this and having any physical form is better than none so that night I put down the money for the double disc set.

It didn't take that long for me to receive this CD in the mail but it took me a long time to listen to it after I received it in the mail.  After receiving this CD and yet before ever listening to it, I watched and wrote a review for The Great American Cassette Masters, which features both Hal McGee and Debbie Jaffe among other artists.   it's not that I wasn't excited for this or anything it's just that... I don't really listen to CDs.   I also don't really listen to music that is streamed or downloaded either though, but I do listen to CDs more than digital which is why I was glad I had purchased this CD because I probably would have never gotten around to the digital part of it.   When do you listen to CDs though?  It's an honest question.   I play cassettes out of my stereo.  If I'm on my laptop, I can listen to digital music or CDs but usually I just have my laptop volume on mute and am listening to cassettes then as well.   The only time I really listen to CDs is in the car by myself and that is rare.    Most of the time I have to kind of go out of my way to listen to a CD, especially when I know it's something I've been submitted for review.

Not only is this a CD it's a double disc set full of a lot (and I mean a lot) of goodness.    If it was a movie it'd be one of those mini-series where it comes in six or eight parts and every part is at least an hour long, you know.   It just has that kind of depth to it.    So the basis of this double disc set-- which I was unaware of going in-- is that not only is there the promised early recordings but there is commentary between the tracks from Hal McGee himself.  I guess this isn't too far out of a concept because if you go on Spotify you can find albums with special "Spotify commentary" where the artists will talk in between each song, but you know, I've never really had the time nor the desire to listen to such things because I'm usually just all about the music in most cases.   Somehow though on "Invisible Shadows" it just seems to work.

Part movie, part audio-guided museum tour, part something else "Invisible Shadows" has the music to stand on its own as something that I would say is essential for anyone out there listening to music or at least music that I tend to like because you've found yourself here, reading this.   And yet that added quality of Hal McGee coming on in between tracks, telling stories of where he used to work, how he got into making the music he made back then with kids bongo drums and out of tune guitars... In a lot of ways it's autobiographical and is also the story of how Hal met Debbie, if not just the story of how the music and collaborations came about.    So you're hearing this not really growing up or coming of age story but rather just the dawn of something as Hal McGee puts it best himself that they would "welcome so-called failure as a friend".

In some ways I like to think of this as an audio text book, soaking in the nuggets of information with the music as if I will be tested later upon it.  (Quick- when Hal McGee worked at a Mexican restaurant in 1981, what drink did every employee drink for free at the end of their shift because it was the strongest?  If you can't answer that, then why did Hal McGee get a job after taking acid for the thirteenth time?)   But I've always been a firm believer in life that you are drawn to the subjects which interest you most.   In school they'd say "Read this book" and I'd say, "No, that book is boring", but that doesn't mean that I don't read.   You put a subject someone has genuine interest in at their disposal and they will likely soak it up like a sponge.   At least I do and that's how I felt listening to "Invisible Shadows"-- just so full of great music but also so full of knowledge.    Yes, more than worth the asking price by any means and something we should all be so lucky as to have in our collection to cherish until the end of time.   And on a side note, if I do ever sit down and write that book about the history of cassettes and there was an audio version I would love for Hal McGee to be the one to read it to you all. 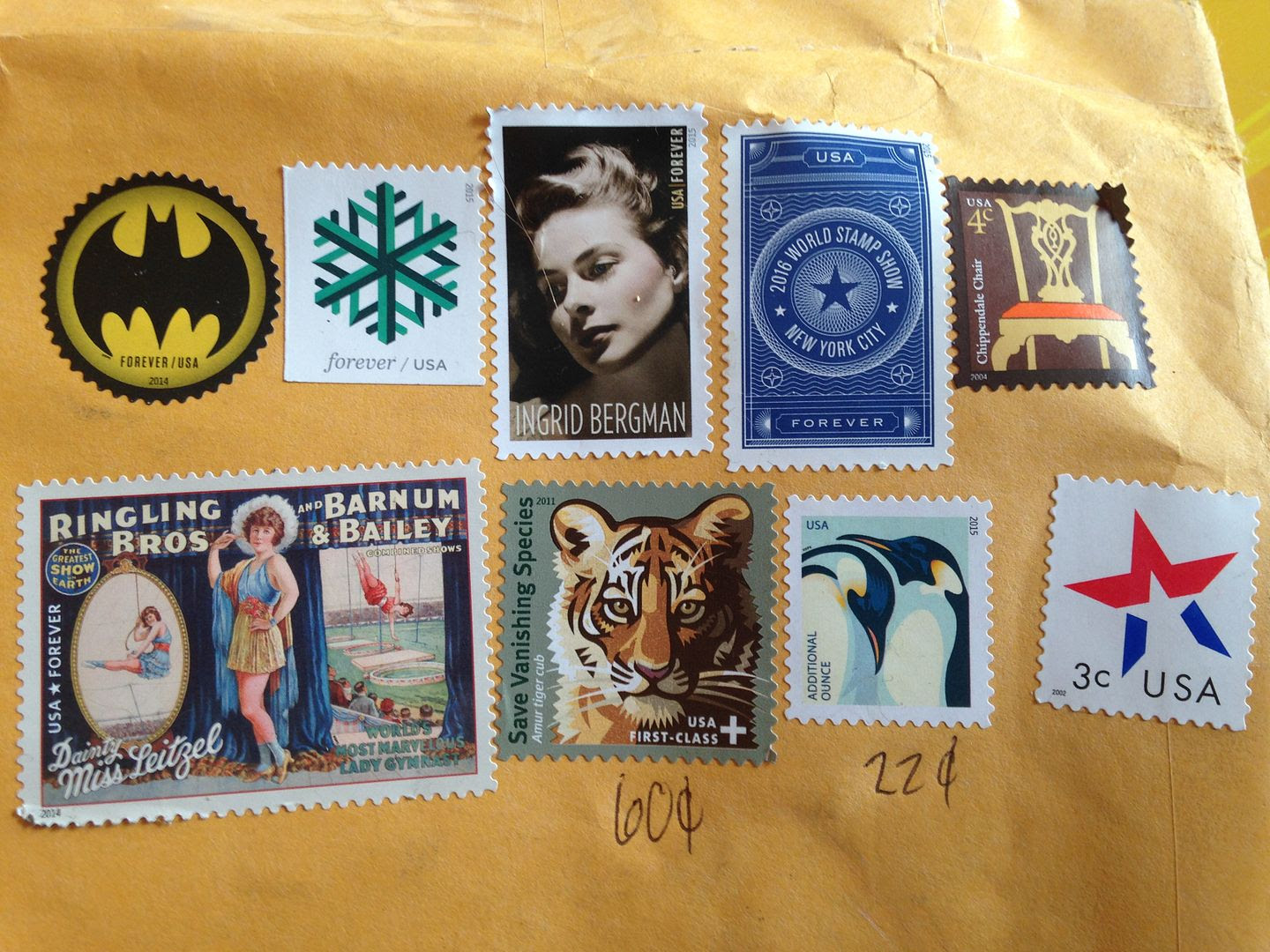 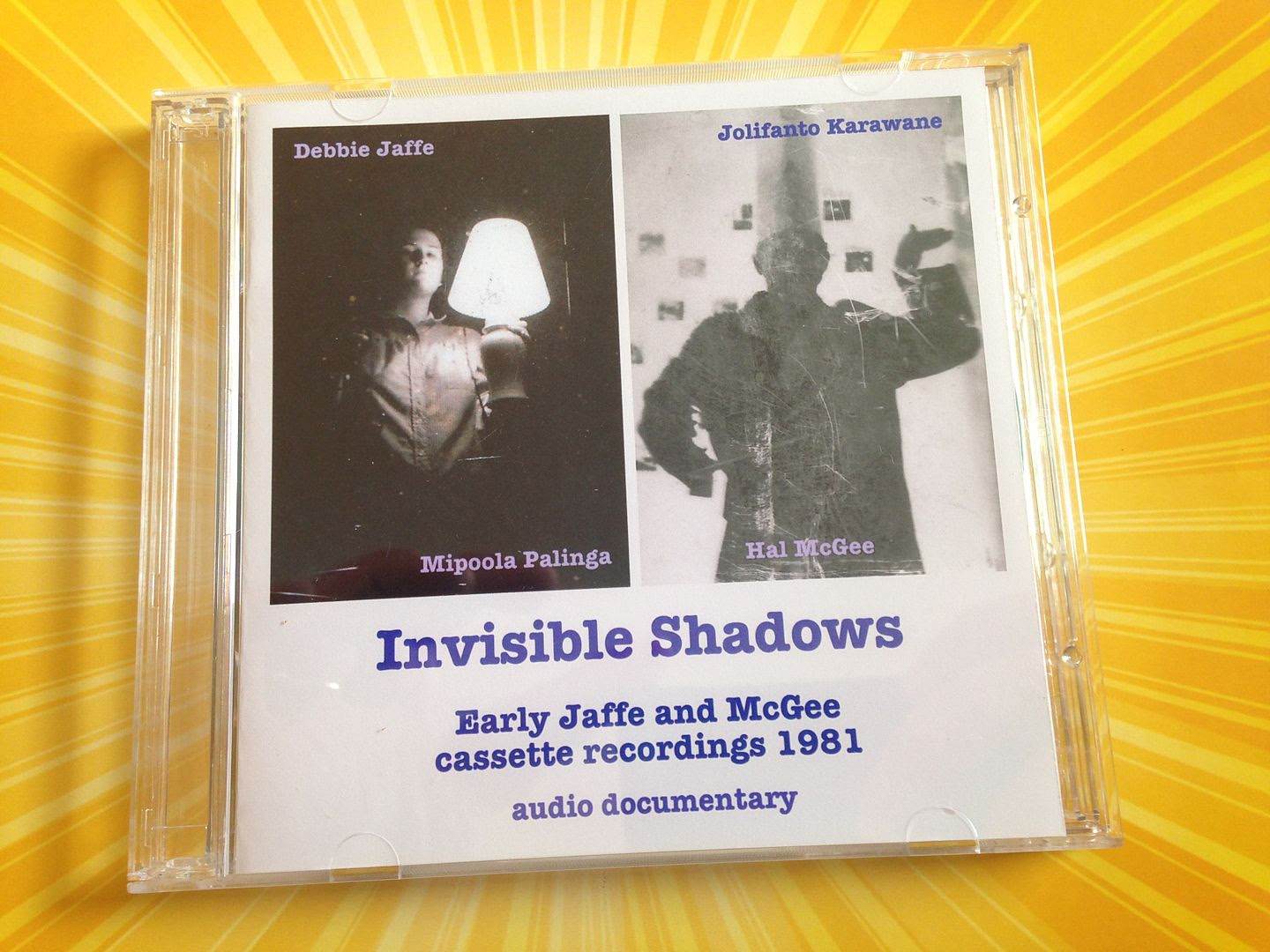 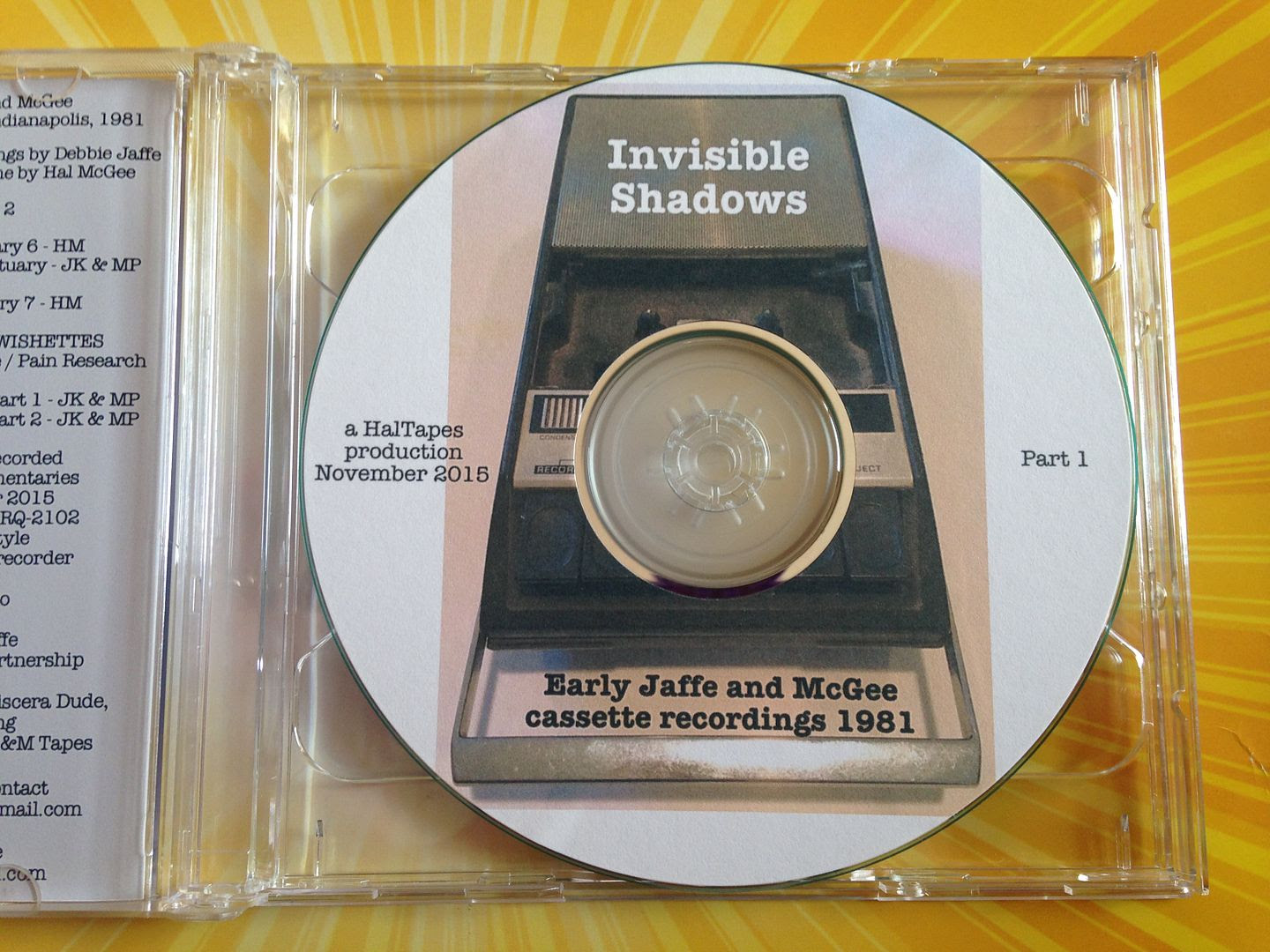 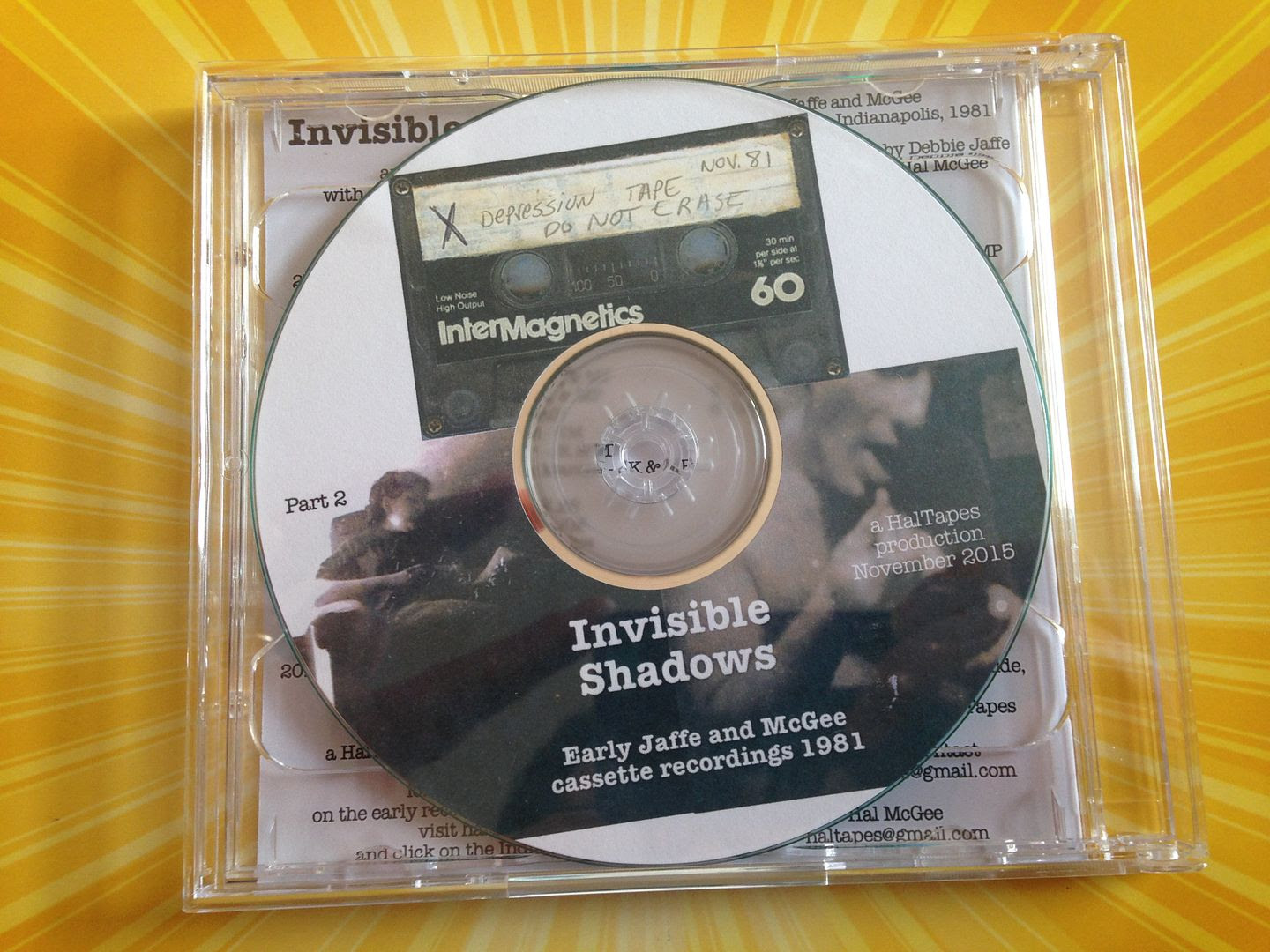