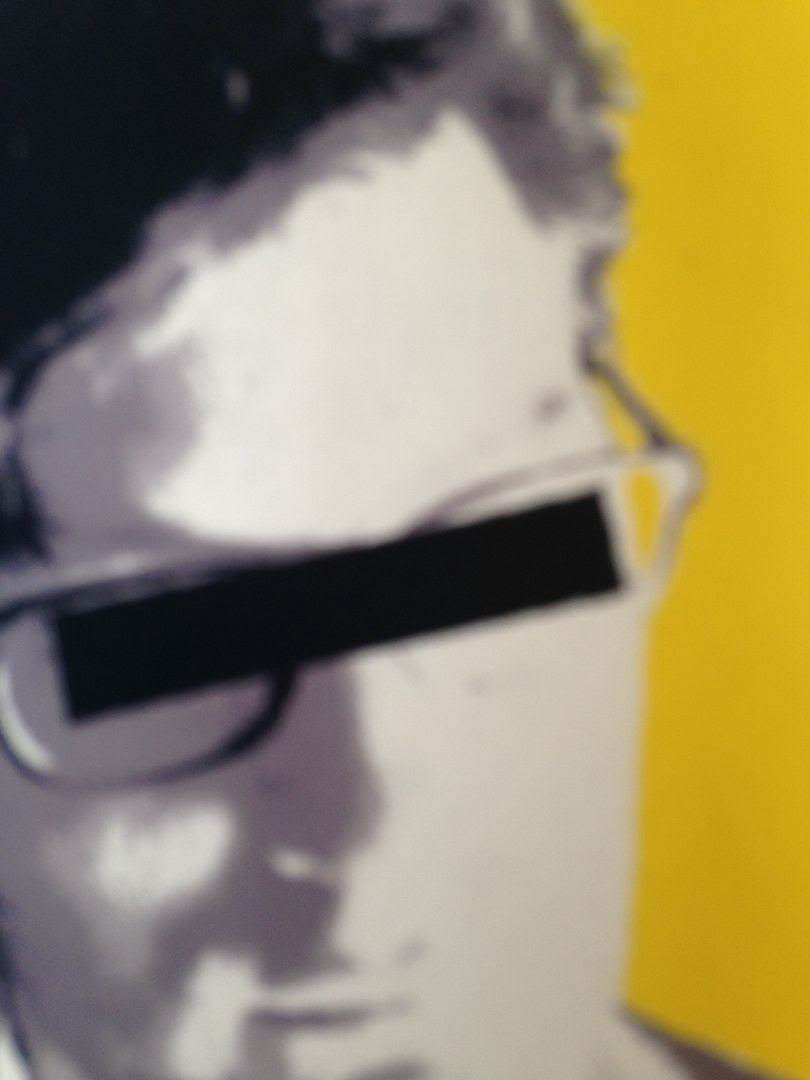 When I was sent this cassette by John Doe Experience I was also sent a CD as well.   I try to listen to the cassette first to get that intended sound because, well, I love the cassettes but there is also a CD Review coming soon so be on the lookout for that (I actually just started listening to the double CD set last week though, so it might be a little while still)  The name of this artist makes me think of the short-lived television series "John Doe", which was once on Fox but now I'm pretty sure you can watch all the episodes on Hulu.

This music is somewhat fitting when it comes to the John Doe Experience name as the first words spoken during the music are "I don't know what I'm doing here" and there is a directly spoken about sense of fear and panic.   Through electronic beats we are taken through the process of listening to someone who seems to have no memory and, well, when someone doesn't know their own name or their name is known to others they are referred to as "John Doe" or "Jane Doe", so this concept just comes together nicely.

Spoken words are exchanged between "Can we not talk about losing my mind?" and "What do you think it would feel like to go insane?"/"Like falling into nothing".    An instrumental moment of triumph surfaces with beeps.   The music becomes grinding and there is something robotic to it even as crickets begin to chirp in rhythm.  This can also be heard on the flip side, with some video game sounding fun.   There is sometimes singing and sometimes it can just be instrumental but overall it has the sound of synthwave electro pop up until the end when acoustic guitar notes can be heard.

Music seems to explore only a few different themes- love, loss, death- but this cassette by John Doe Experience, fitting to their name, explores the less traveled road of the self.   It's an identity crisis from someone who never really had an identity to begin with and even if you've never suffered from amnesia and shown up somewhere as a "John Doe" the entire idea of "Who am I and why am I here?" is something I feel most people ask themselves on a daily basis.   At least I know that I certainly do.    So given this information in the form of music raises the question not of whether or not you should listen to this cassette but rather what you will do with this newfound information after you experience it. 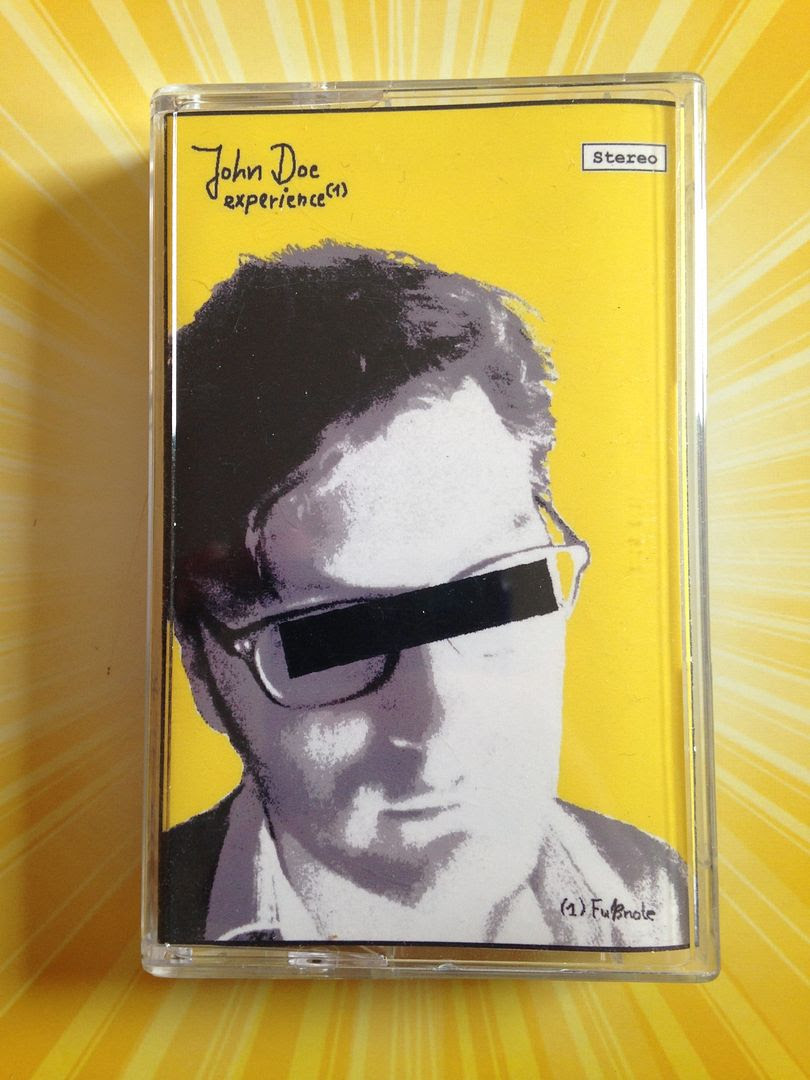 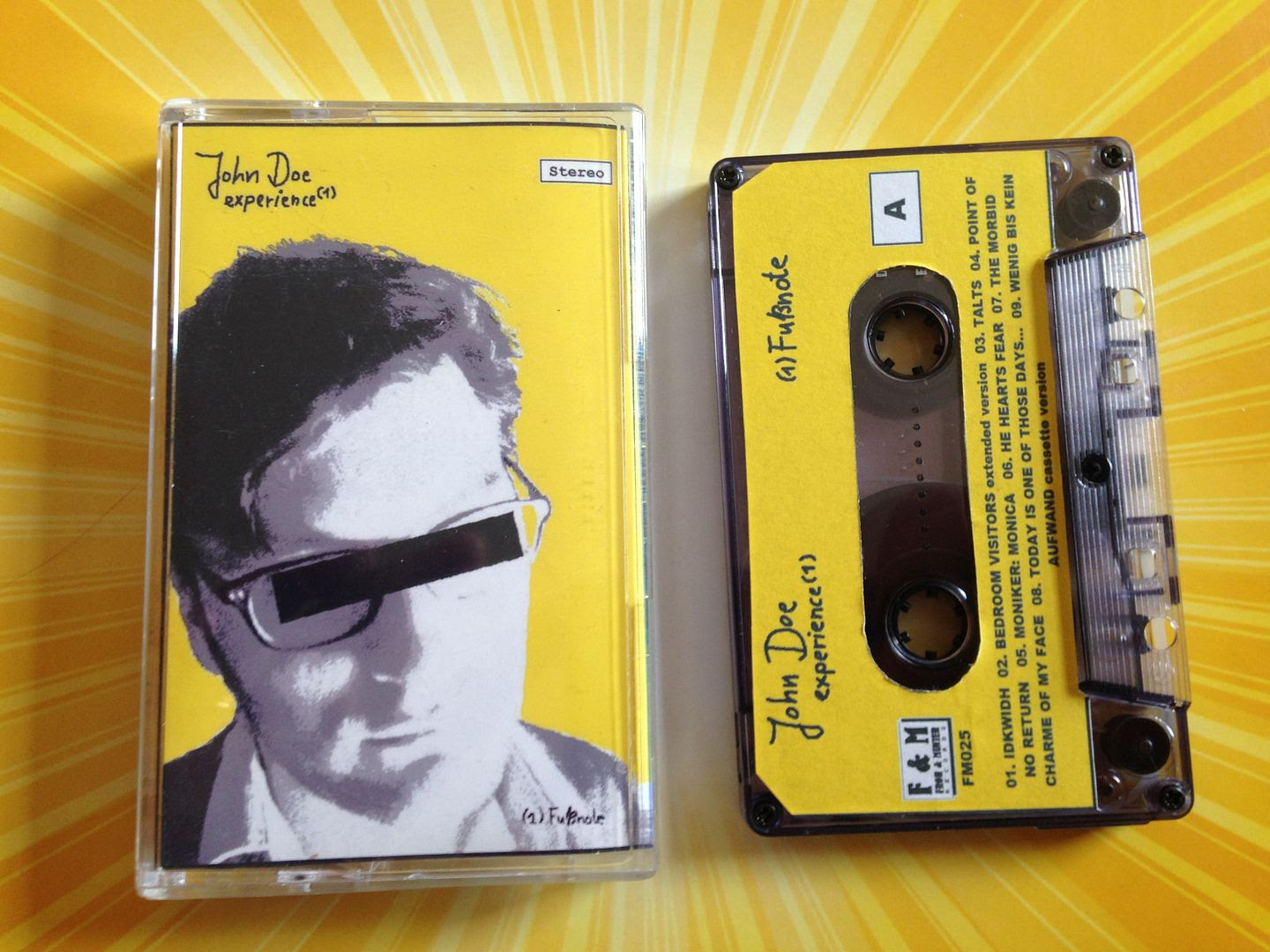 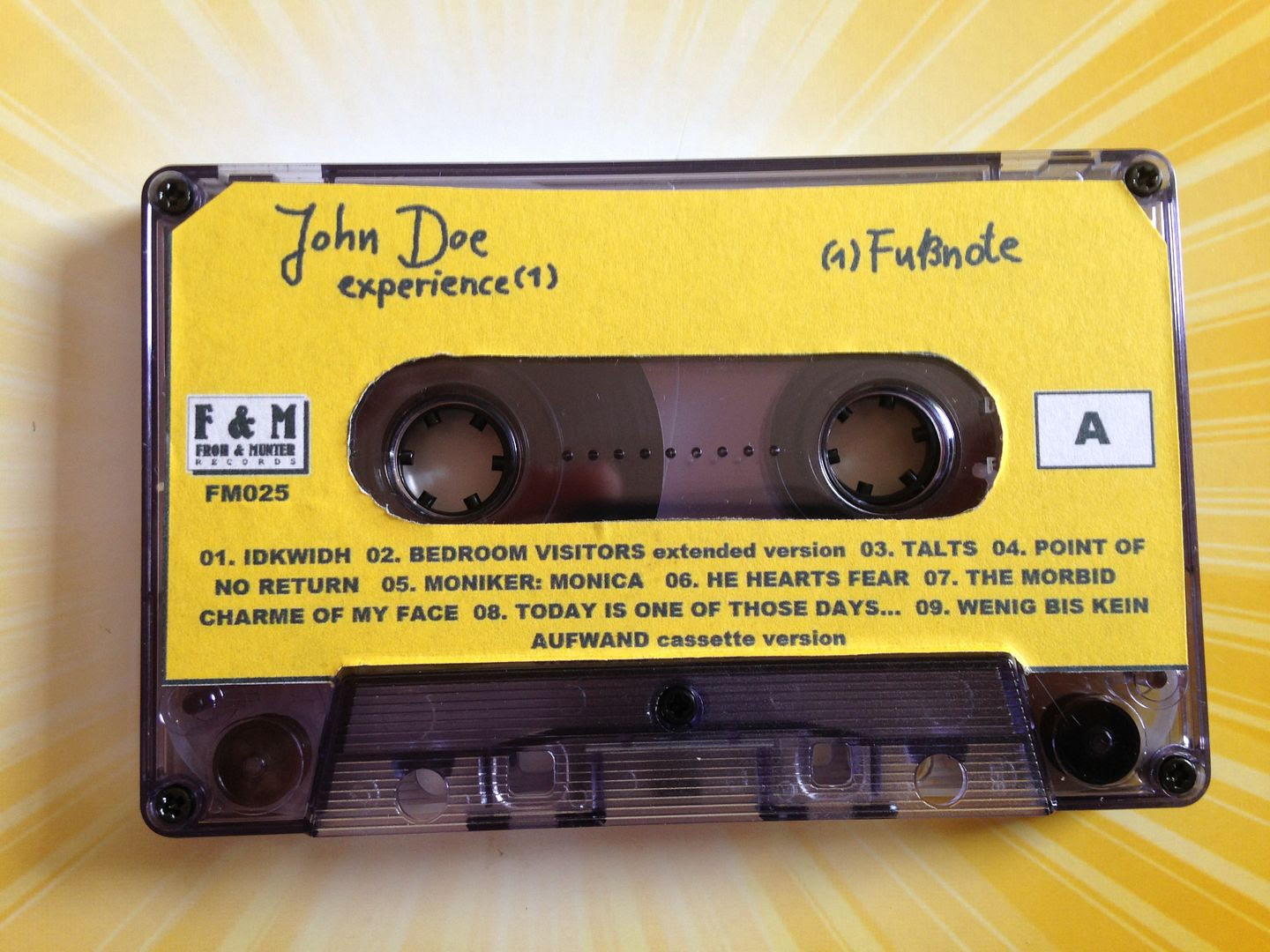 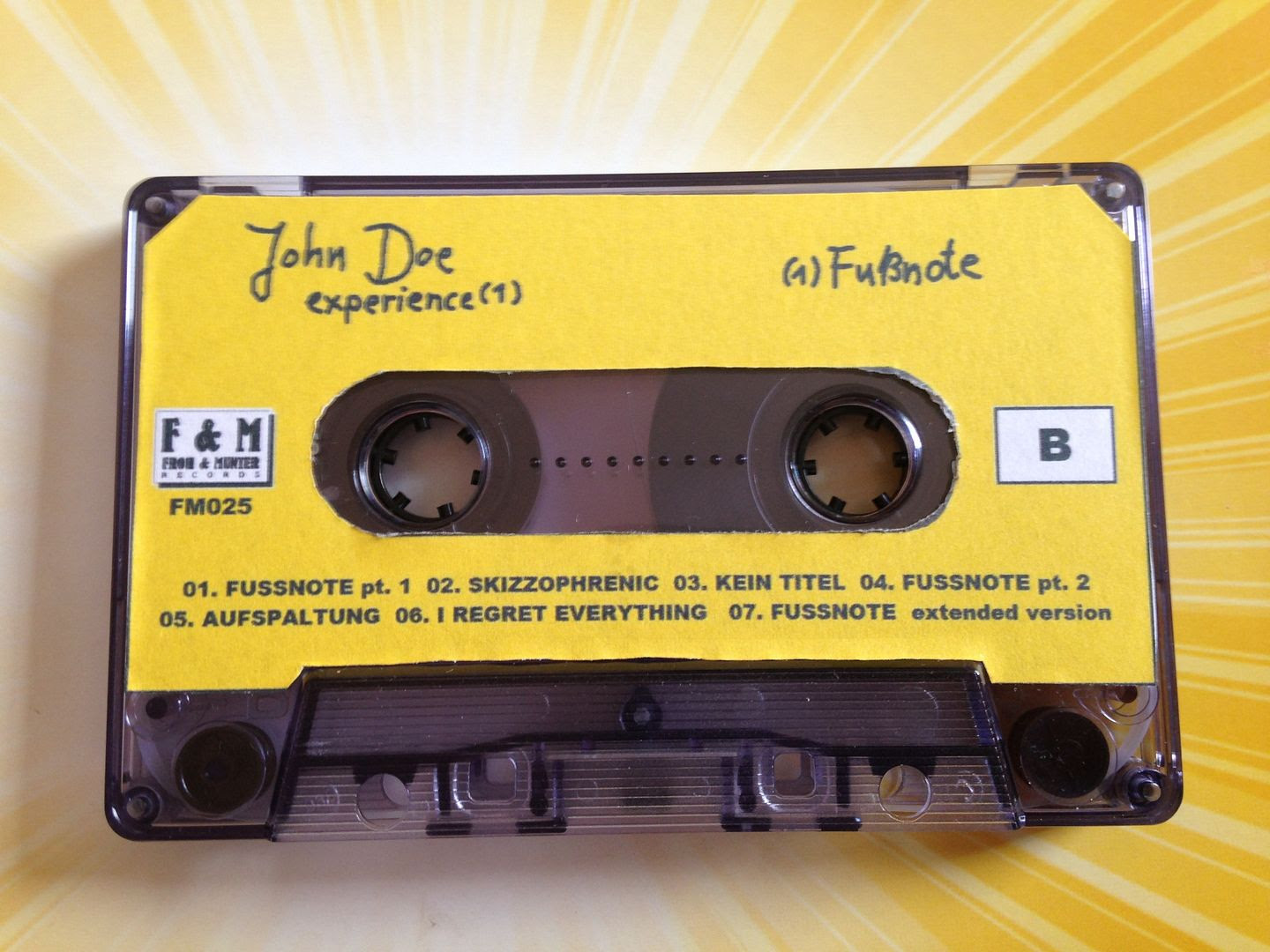 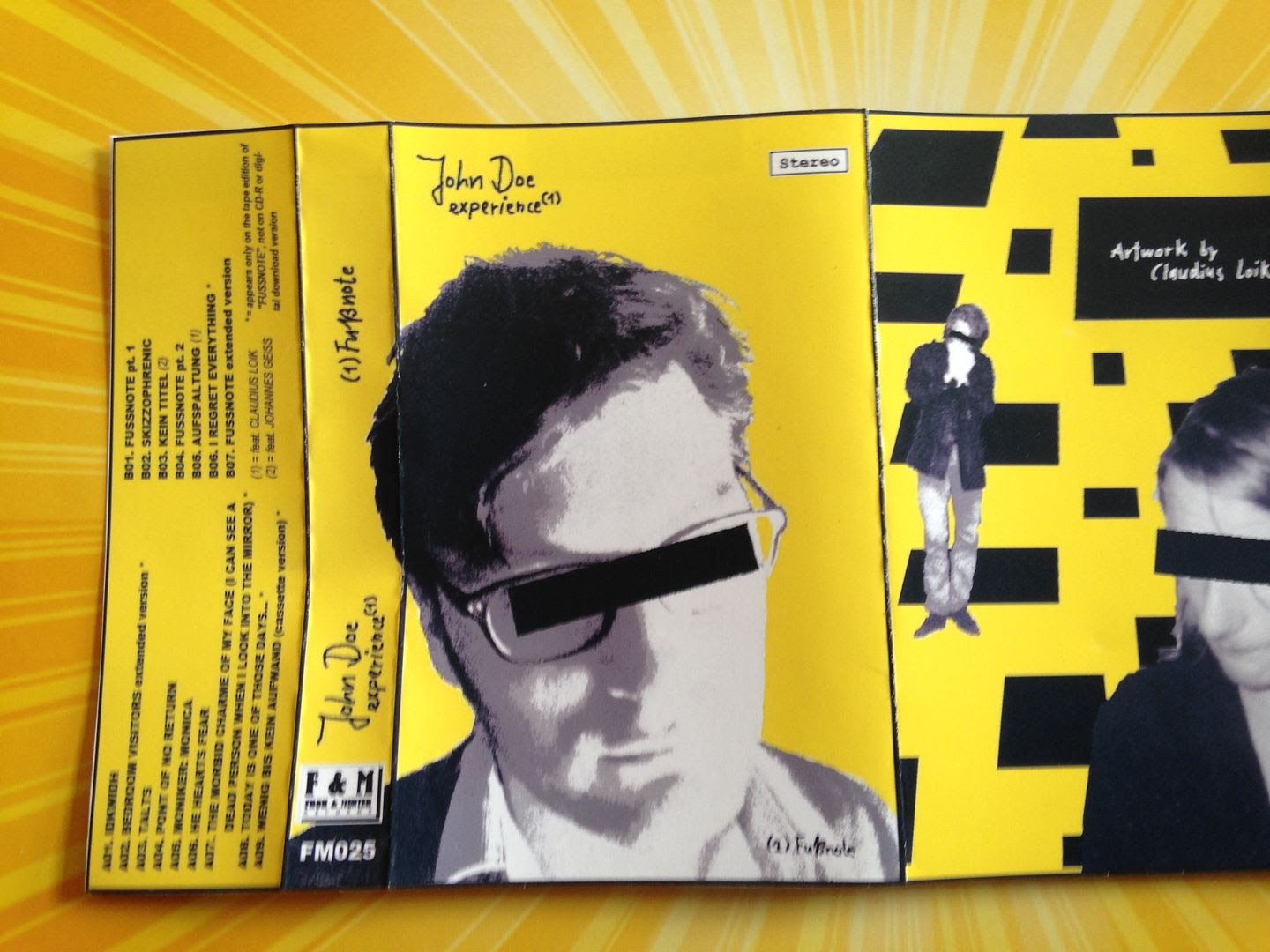 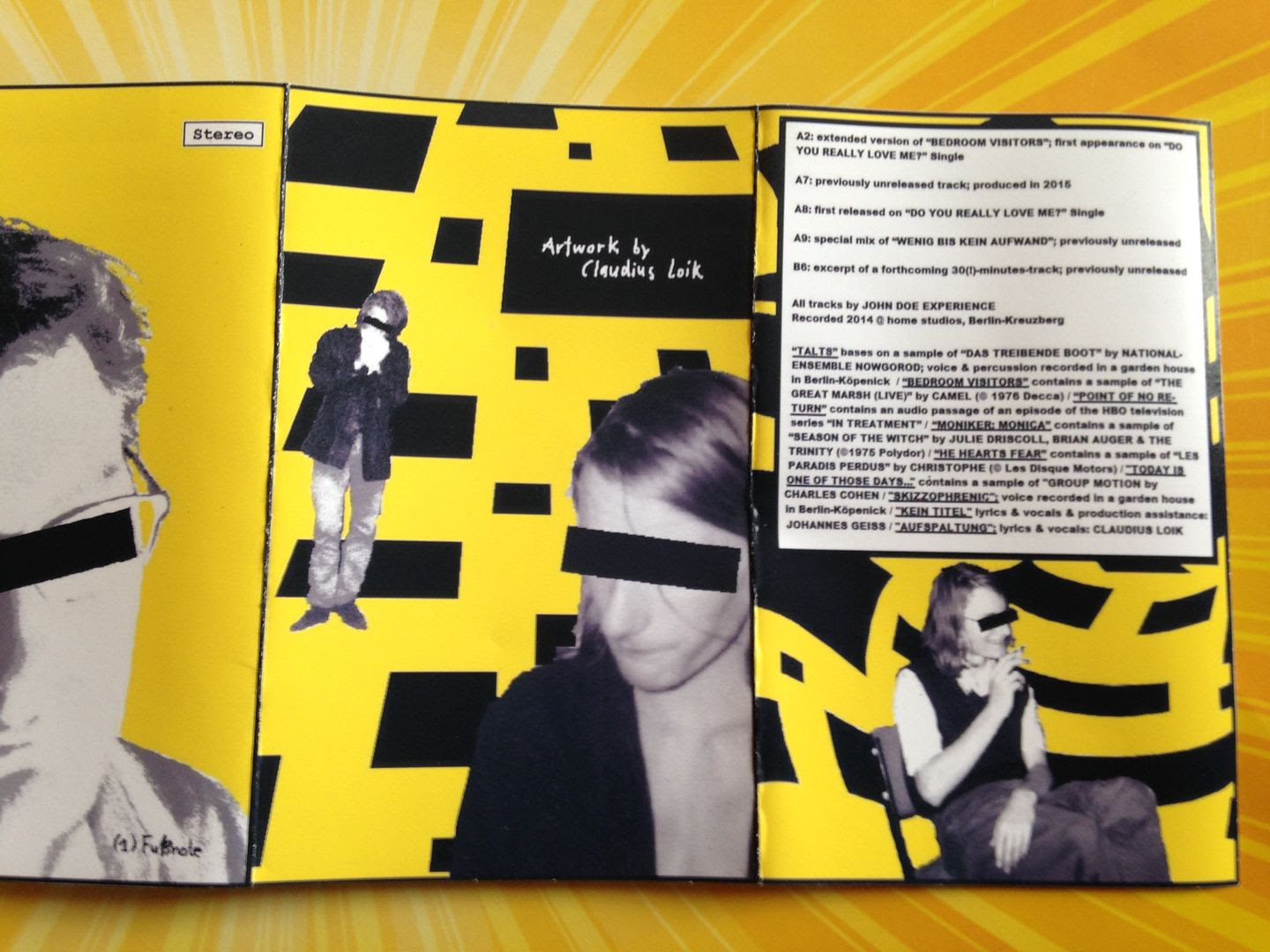 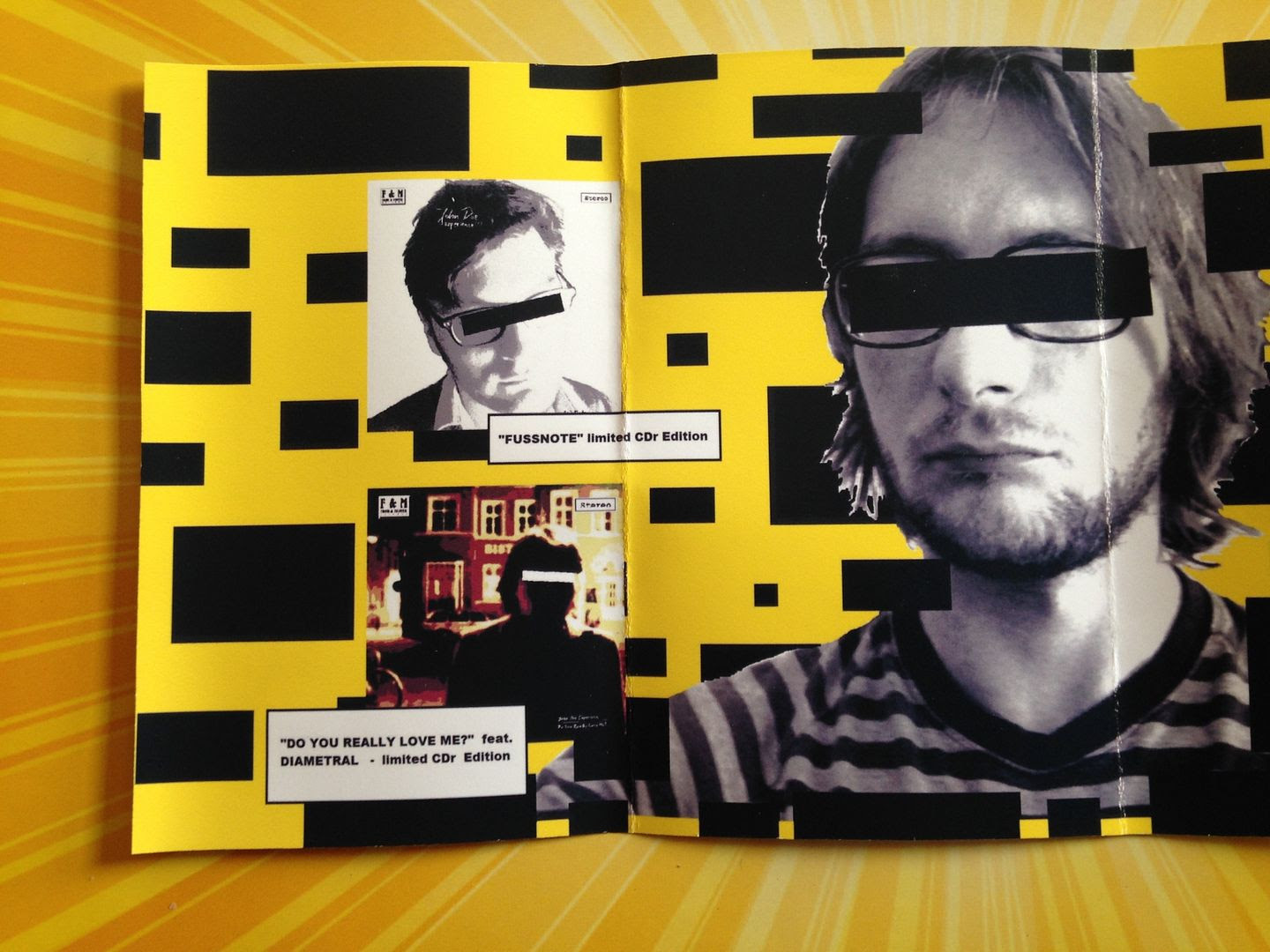 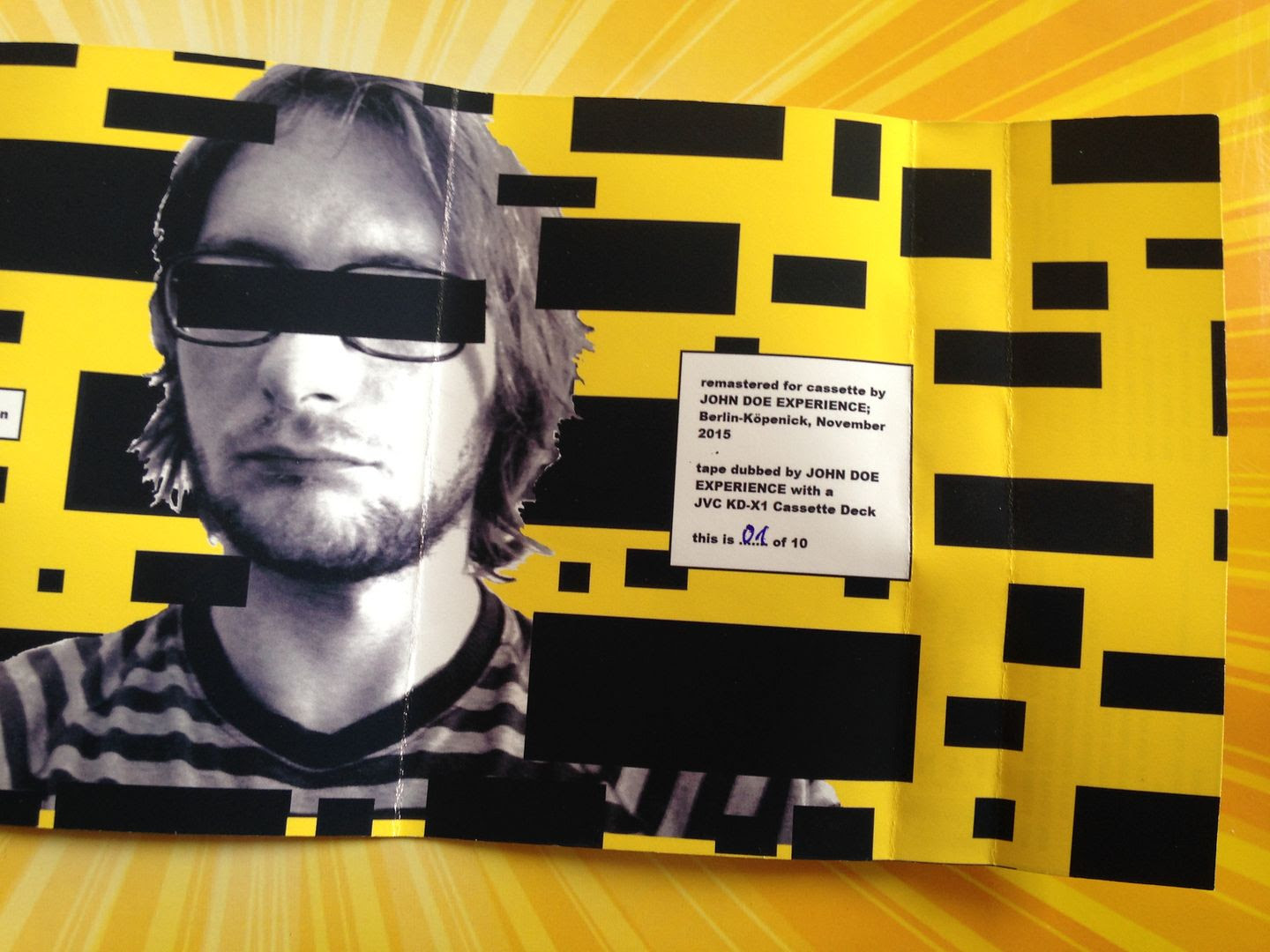