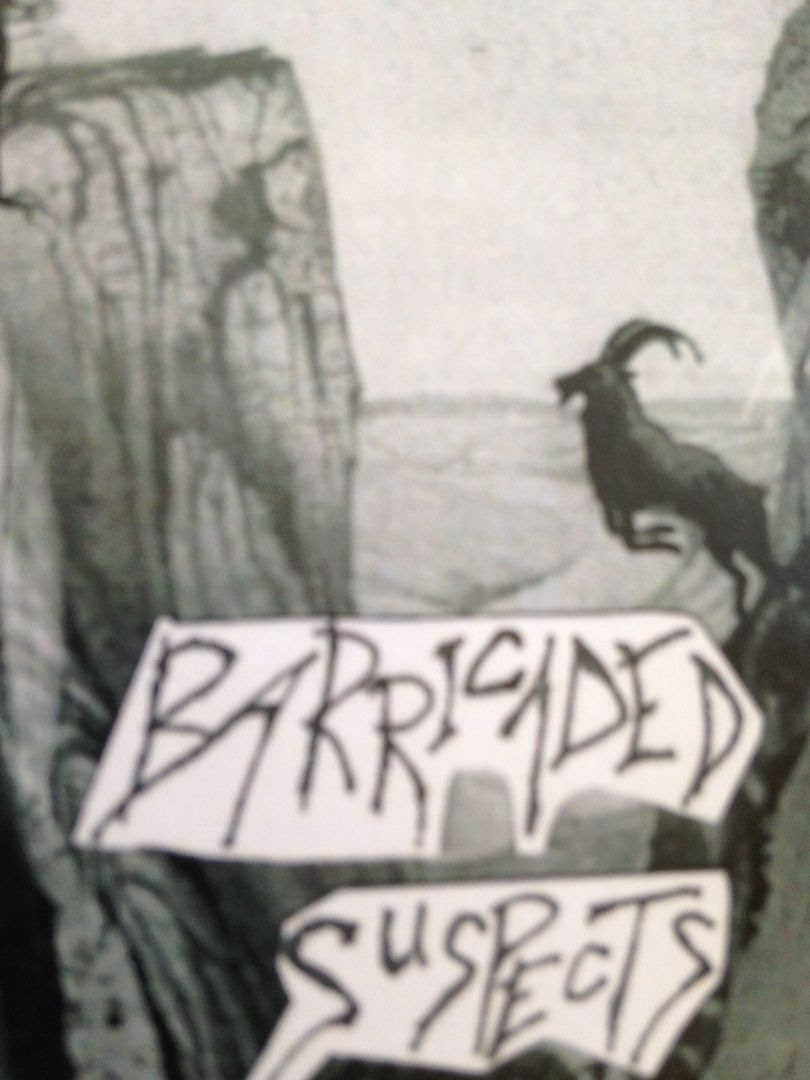 [Recently I placed an order with Sorry State Records for the new Whatever Brains LP.   I found some cassettes at low prices and decided to throw them into my order as well.   Initially, I had a total of ten cassettes in my shopping cart but two of them were out of stock and so I was given a refund and only actually sent eight cassettes by Sorry State Records.    Since most of these are from years ago but I don't really want to think of them as "classic" reviews yet, I am simply going to think of them as the Hateful 8 Cassette Reviews in honor of the new Quentin Tarantino movie.   This is review number 6 of 8 in The Hateful 8 Cassette Reviews.]


The idea behind the name Barricaded Suspects makes me immediately think of someone with their back against the wall.   Imagine committing a crime and being chased from the scene to somewhere- a building of some sort (and I always like to picture a bank for some reason)- and there is only one way out.    So you must go back out that door or else they're coming in for you.     Well, there is only one way to go out, right?   Guns blazing, arms swinging, however you want to see it you will go out fighting in a flurry of bullets or punchies or whatever.    And that's how I feel about Barricaded Suspects musically.   It reminds me of someone being backed up against a wall and then being forced to come out fighting.

Somewhere between hardcore and punk, somewhere between Bouncing Souls and Sex Pistols, with elements of New Bomb Turks and early AFI, this one hits you and it hits hard.    People have often told me that loud music doesn't come out well on cassette, but I will always go back to my point that I was being given Earth Crisis cassettes in the 1990's and so, you know, I believe cassettes can showcase just about any type of music really.

When searching for this band I found a compilation from 1983 titled "Barricaded Suspects" on Toxic Shock Records, but this band themselves have a Bandcamp page where you can buy this cassette directly from them.   I purchased it for $2 from Sorry State Records and it is now sold out, but to know that it is still available is refreshing (and to find the digital source of files as well) because then you can all listen to "Inside Job" which is just such an all around solid anthem.    Definitely worth the two bucks for that song alone, but you get five other songs just as good so this needs to be sold out sooner than later.   Get it now. 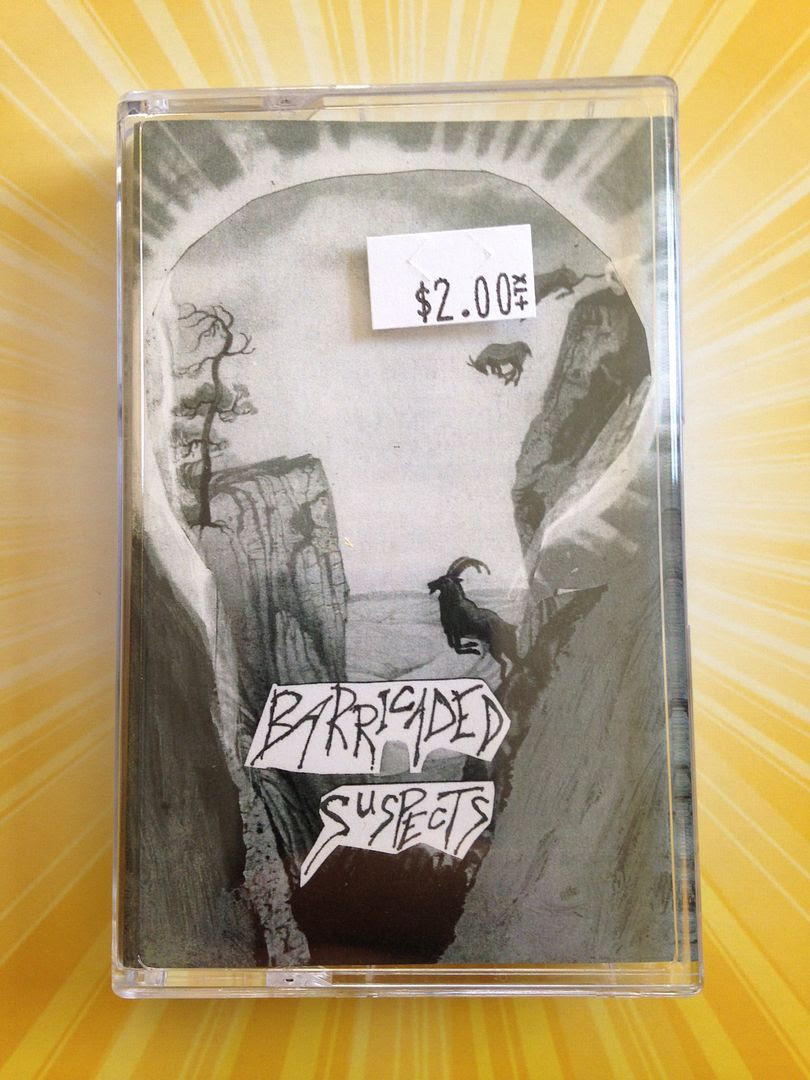 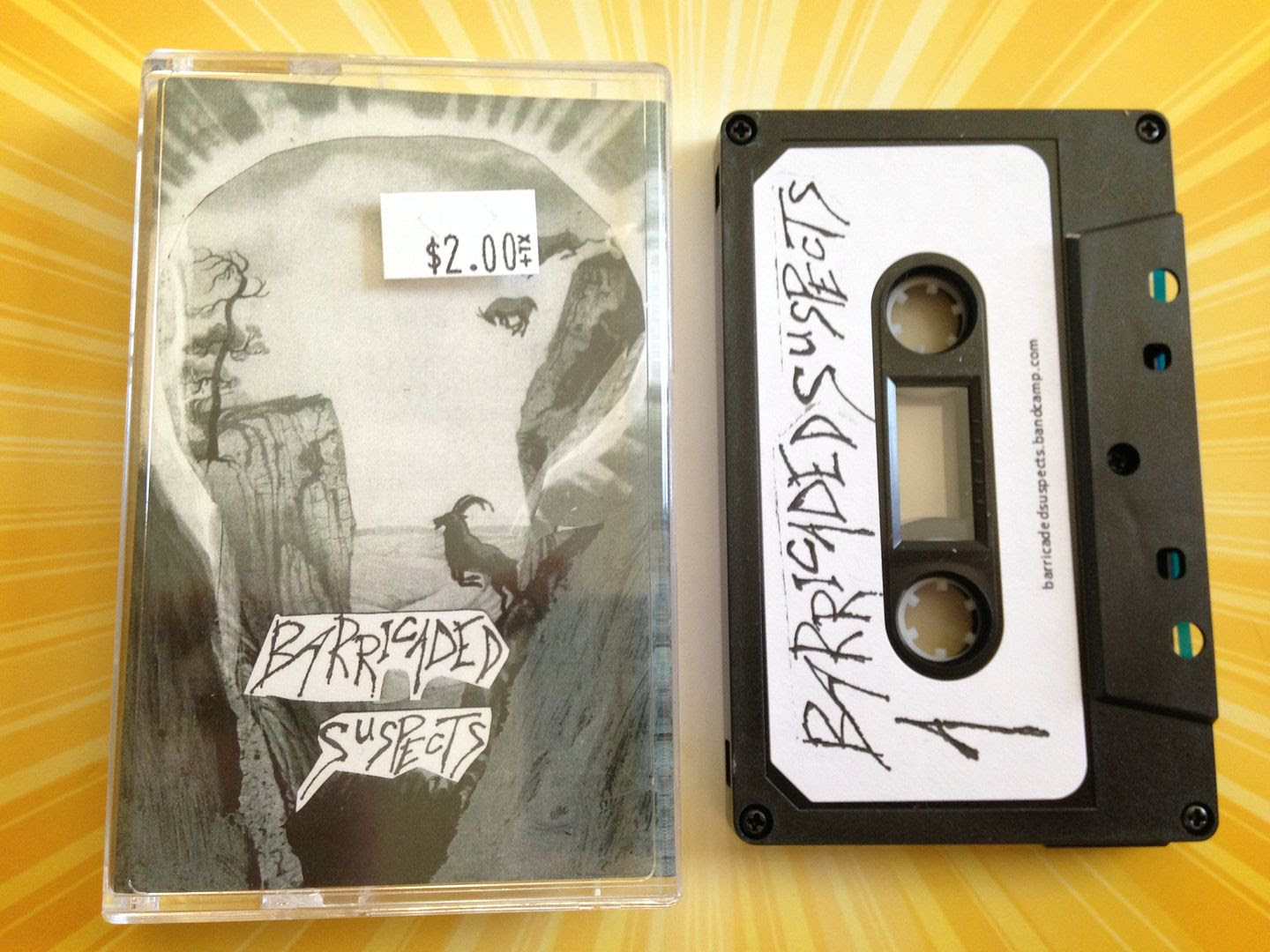 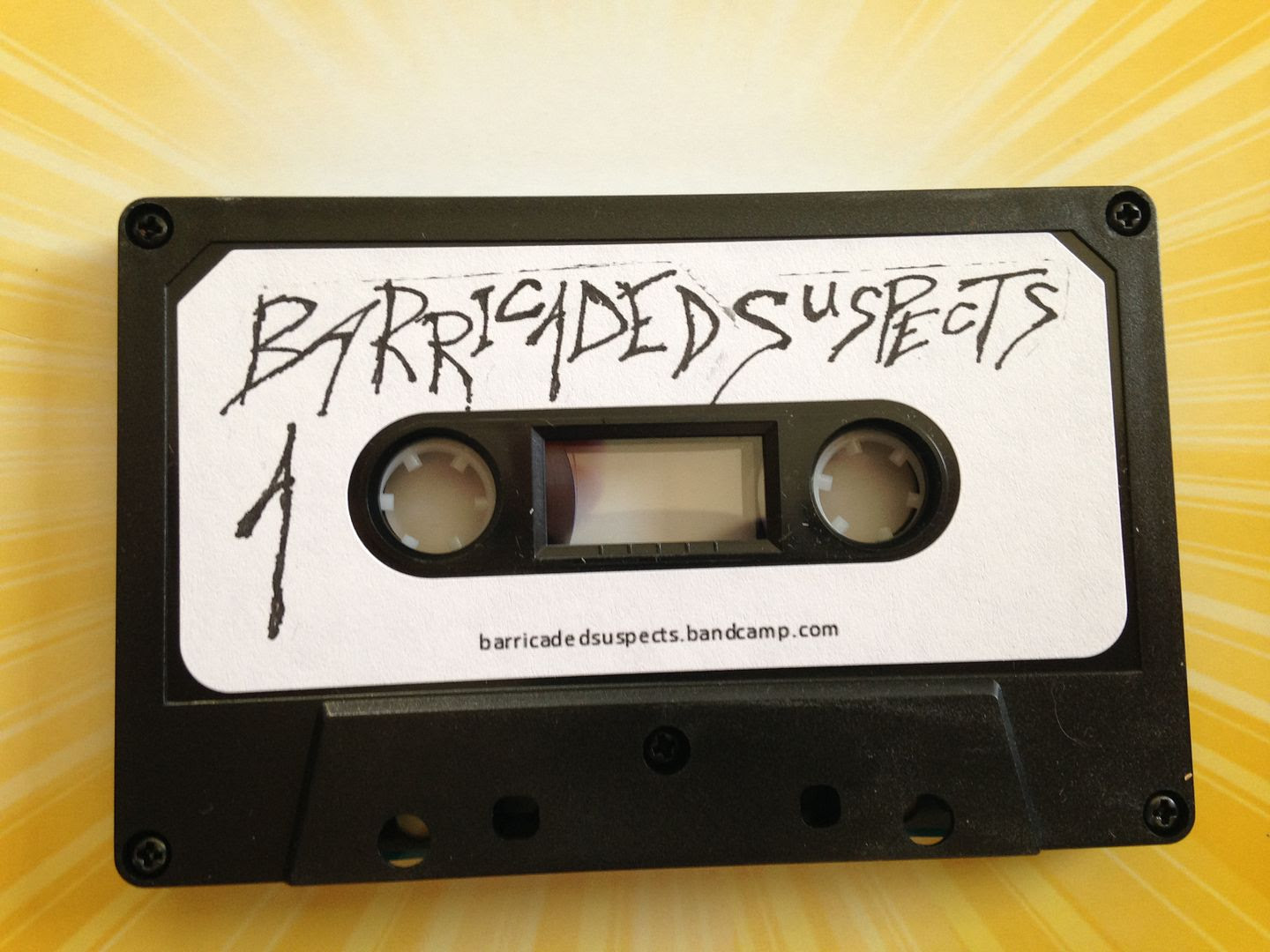 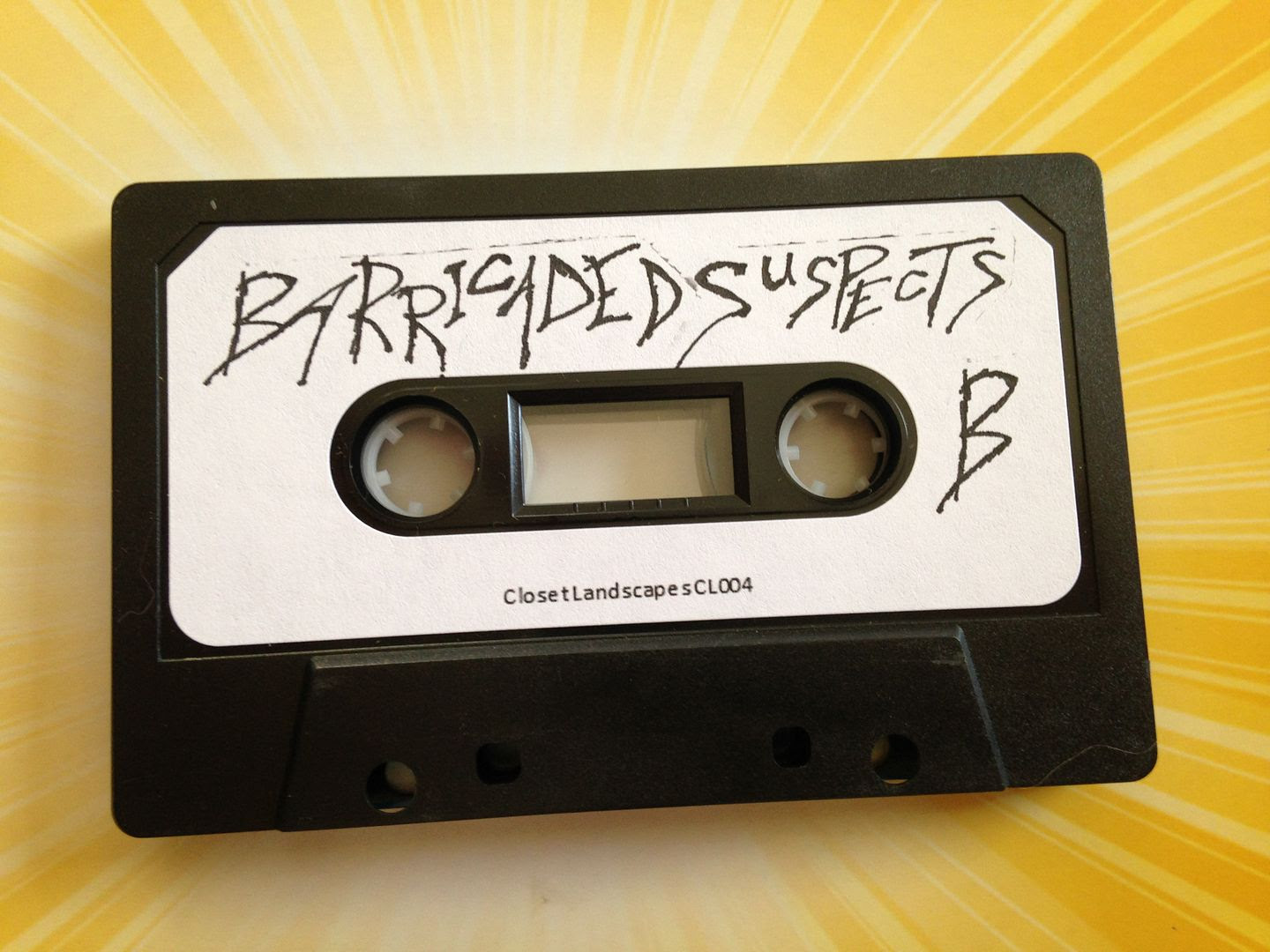 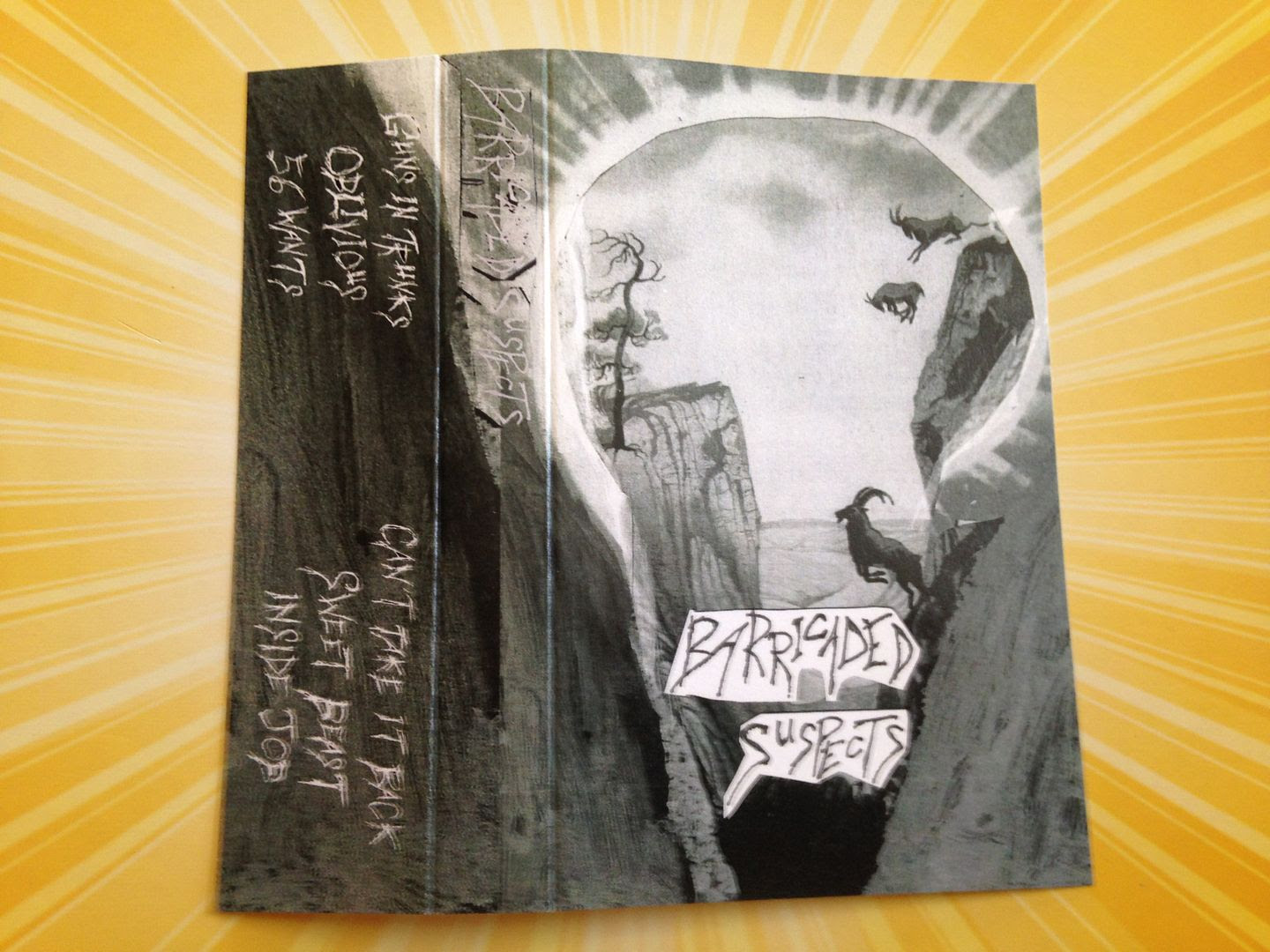 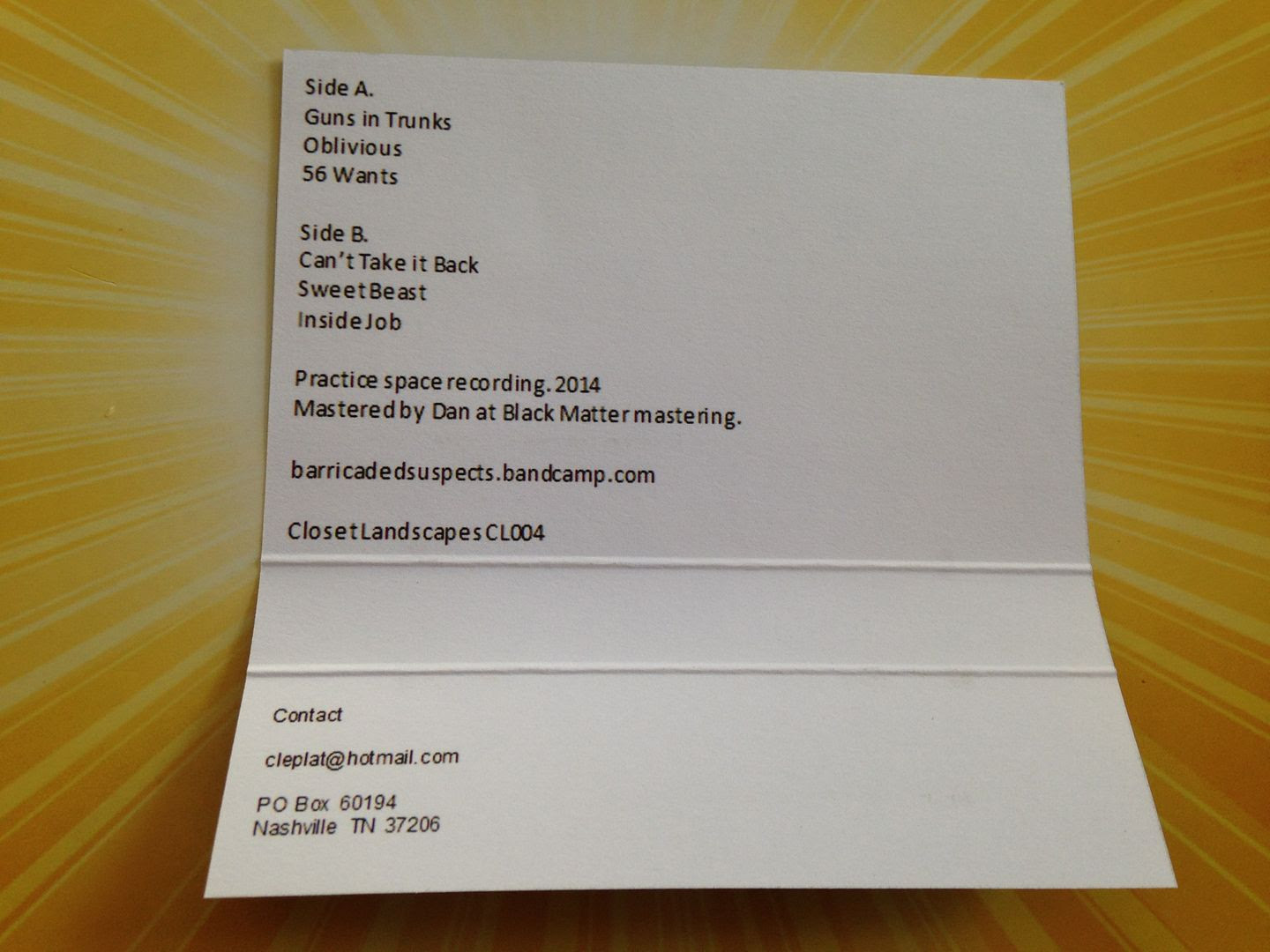