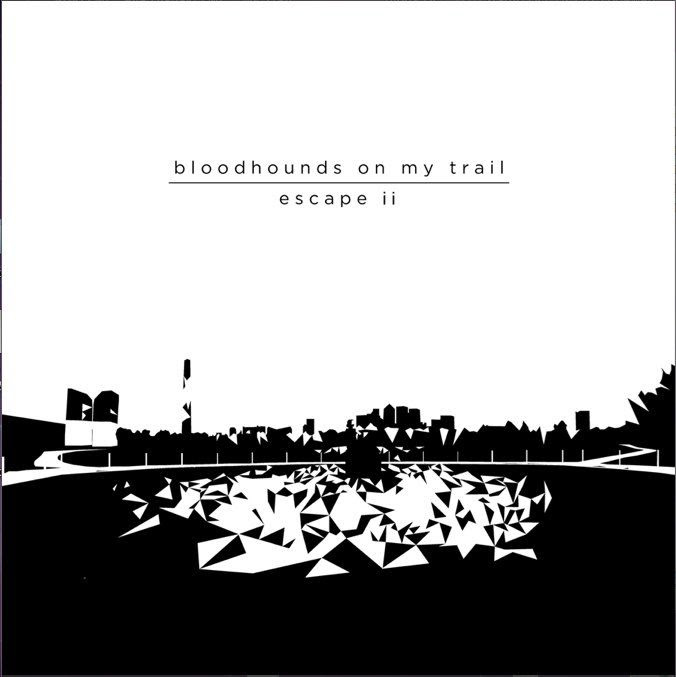 "Turn your head and look at me / I'm jolly".    This is the chorus to the second song, "Jolly", which appears at the end of this six song album as well, as remixed by the always wonderful Ummagma.    When you read that first line that I typed to yourself, what do you think of?   Do you think of rainbows and kittens?   Do you think of music which is upbeat, something you can dance to perhaps?    I certainly do imagine something between the likes of Animal Collective and Neon Trees, just with that pop sense that can have you bopping around with a smile on your face and without a care in the world.

When I was a teenager and I got my first electric guitar all I wanted to do was create different bands.   I had a punk band, a hardcore band and so on.   One of the bands that I always wanted to make was going to completely upbeat to the point where it almost felt obnoxious but the lyrics were going to be so depressing.   I liked that idea of contrast back then- some twenty years ago- and still enjoy it now.   I'm not saying that Bloodhounds On My Trail are singing happy songs in the key of sadness exactly but it does have that sense to it on some level.  This is also kind of a better idea than I had because no matter how much pop you put into a song people would catch on too easily when they heard the words about how much you hate everyone and everything.

That contrast of lyrics and sound (Though on a song like "Silence, It's Golden" that concept might be thrown out the window) is just one way this album feels special.   You know how when an album comes out from a new artist everyone is always like, "Oh yeah, if you MBV and Jesus and Mary Chain then you're going to like this!" and you want to wonder if it's really going to be something similar or rather just rip those bands off?  Bloodhounds On My Trail have seem to found this comfortable spot where they can stand among those other artists and influences as a peer but not to the point where it feels like they are ripping them off.    It is one of those accurate and seemingly rare instances where the "RIYL" option actually works.

There are two ways to look at this album though, if you've never heard Bloodhounds On My Trail before (like a song on a sampler somewhere or whatever) and that is simply by the company that it keeps.   For one thing, this has a U.S. release on Moon Sounds Records who have previously released that A*Star/Porcupine split record and other releases by the likes of Ceremony, Dead Leaf Echo, Static Daydream and R.M. Hendrix.    Likewise, the last song is a remix of "Jolly" by Ummagma and so if you are a fan of any of those artists I've named, well then, odds are you are going to like this.     It is actually available to stream (for free) on the Moon Sounds Bandcamp site, so if you really have any doubts and we aren't yet friends enough to where you can trust my judgment, then stream it to sample it.    But be sure to eventually buy it because it is more than worth the six dollars (a buck a song!) and when you download it you can burn the songs onto a CD or if you're like me put them onto a cassette.

Posted by Joshua Macala at 7:32 AM