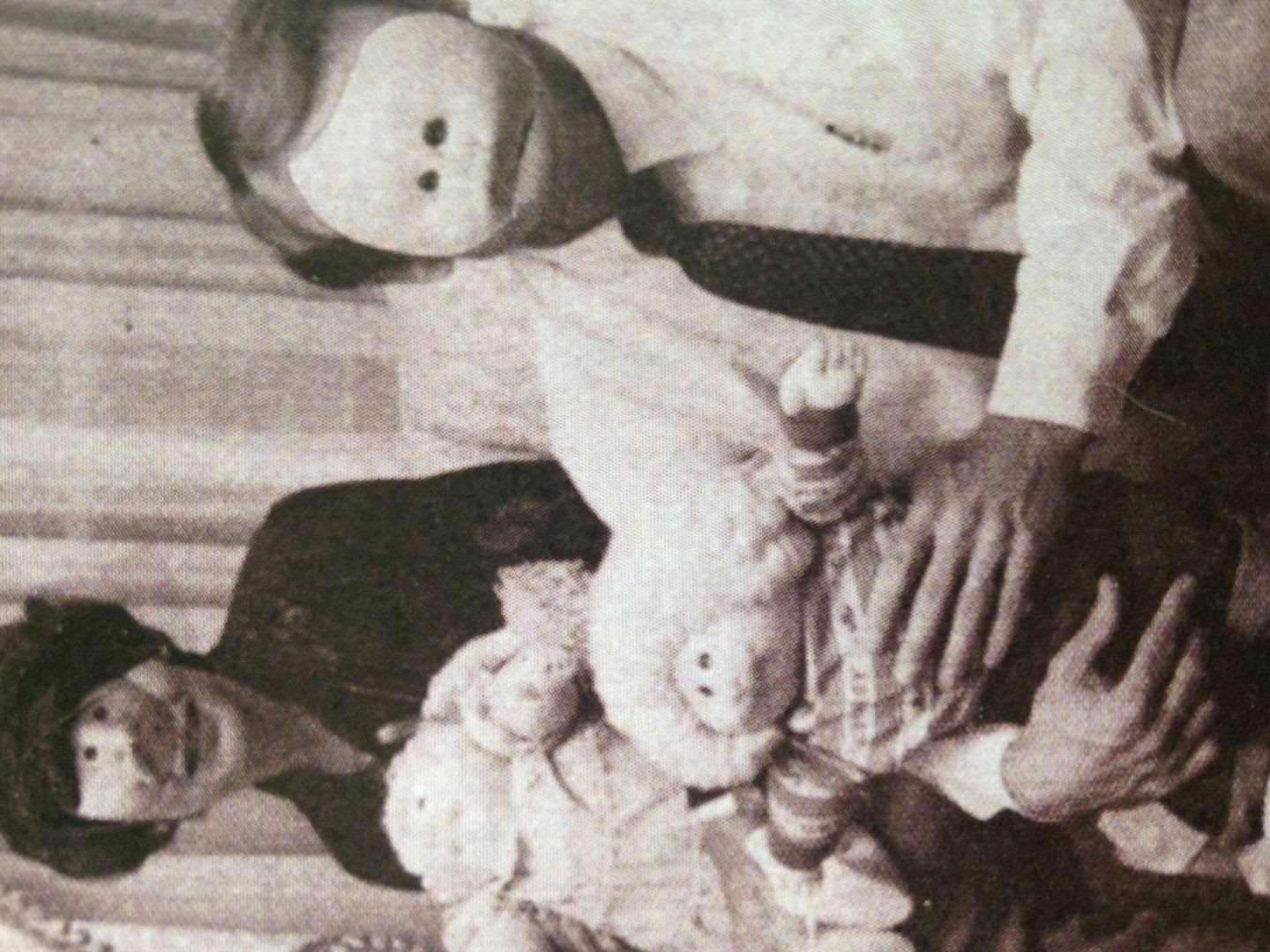 When I requested this cassette to review I didn't really think about the name The Dictaphone but it did sound familiar.   As I looked it up before typing these words I realized that it sounds familiar because it is-- I did indeed review The Dictaphone's self titled cassette and they even have a song on a compilation cassette I reviewed.   It's such a crazy, small world after all, isn't it?   Of course these ideas always make me wonder whether or not the person who sent me this cassette did so based upon my previous review of The Dictaphone or if they were unaware of it being out there.   I don't know, but either way, this one is rocking.

The Dictaphone have a hazy rock style with vocals buried behind the electric guitars.   Synth bass grooves come out and it becomes a bit psychedelic within the darkness.  It has a Bloody Knives feel to it at times while the electronic drums come in and at other times I can only think of it as being darkwave.   Then The Dictaphone brings out the bongos (or congos) and steam hissing.   Radio frequencies are being explored as it turns instrumental and very slightly channels that sound of "Low Rider".     Through industrial grinds and percussion based leads it reminds me of something between The Doors and Nine Inch Nails.   Pinball pings and marching drums also can take the lead in what is sure to be a musical journey you do not want to miss.

I've never seen any photos of The Dictaphone, so I don't know if it's one person or a full band, but I like to imagine it being a full band with them all dressed in black, including leather jackets and dark sunglasses.   In some ways I guess I really like to think of them as looking like the Ramones even though their music isn't really that similar.   And of course through all of this they'd play somewhere full of steam or fog, maybe even perhaps walking through a graveyard.    Does that music video exist?  Am I the only one who sees it?

At the same time, I think The Dictaphone could put on one of those solid rock n roll shows I've seen before from Black Rebel Motorcycle Club.   Now, I've seen BRMC twice and the last time I saw them they opened for Stone Temple Pilots at a big venue but the time before that they headlined the Tune Inn and I mainly went because the Damn Personals were opening and I wanted to interview the Damn Personals but the Tune Inn had this cage where the 21+ people went and so they snuck in there and I wasn't yet of age to go in after them so I went home.

I feel like The Dictaphone has the right amount of mystique as so they don't seem so veiled in mystery as to appear pretentious.  It's one thing to hide behind who you really are when creating music and it's another to leave people guessing about certain aspects.   The Dictaphone manages to find the proper things to exclude from their otherwise straight forward manner of music and for that they just seem like the type of band you don't know what to expect from and that makes them all the better because in a way that makes them dangerous.    I've obviously written before about how much I enjoy The Dictaphone because no red flags came up when I requested this cassette but I cannot stress enough how badly you need to be rocking this one out of your speakers, like, now. 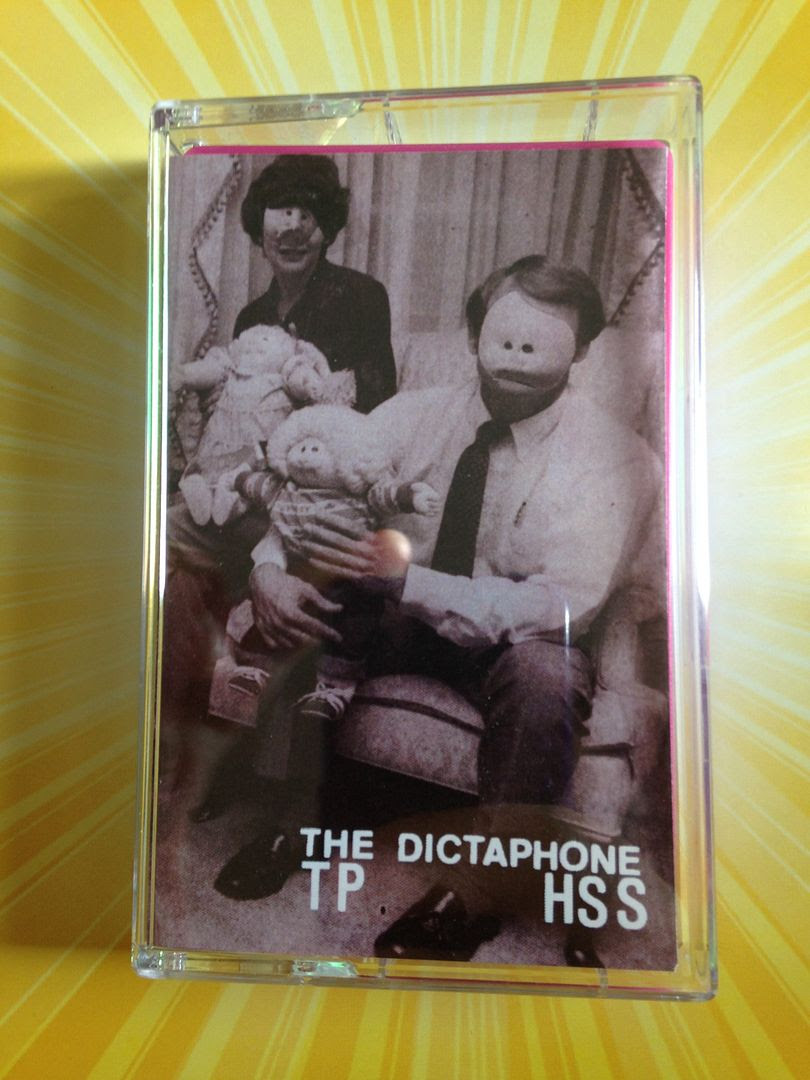 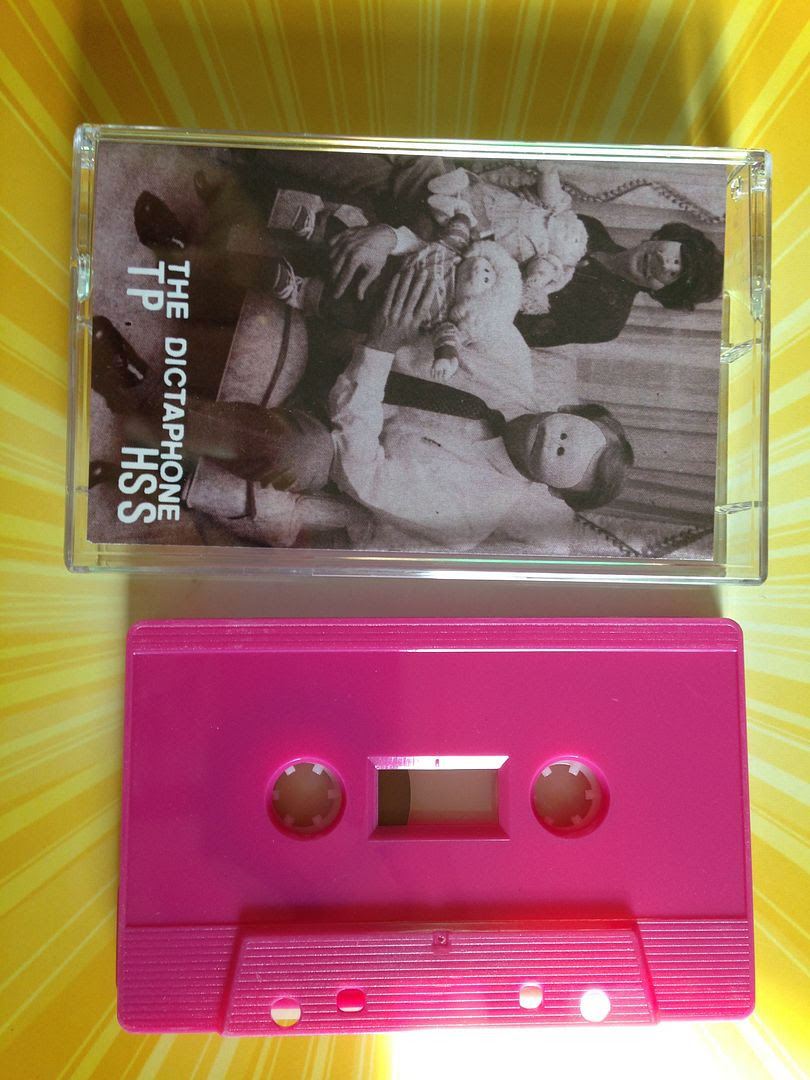 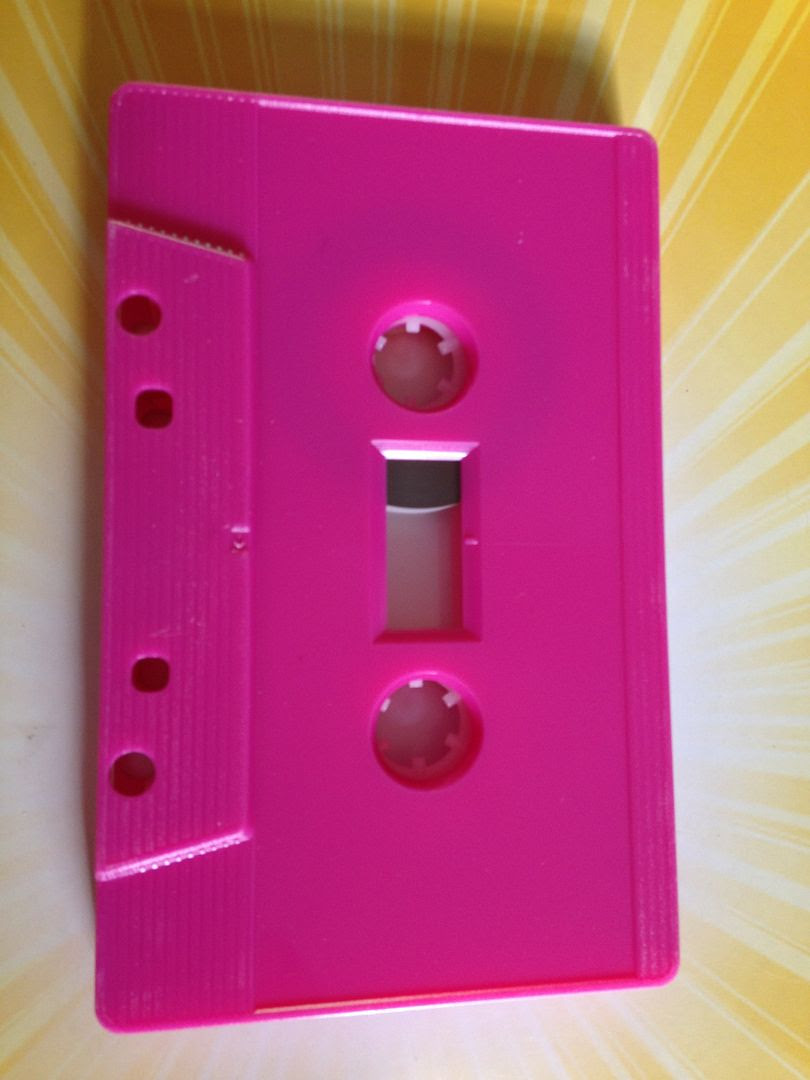 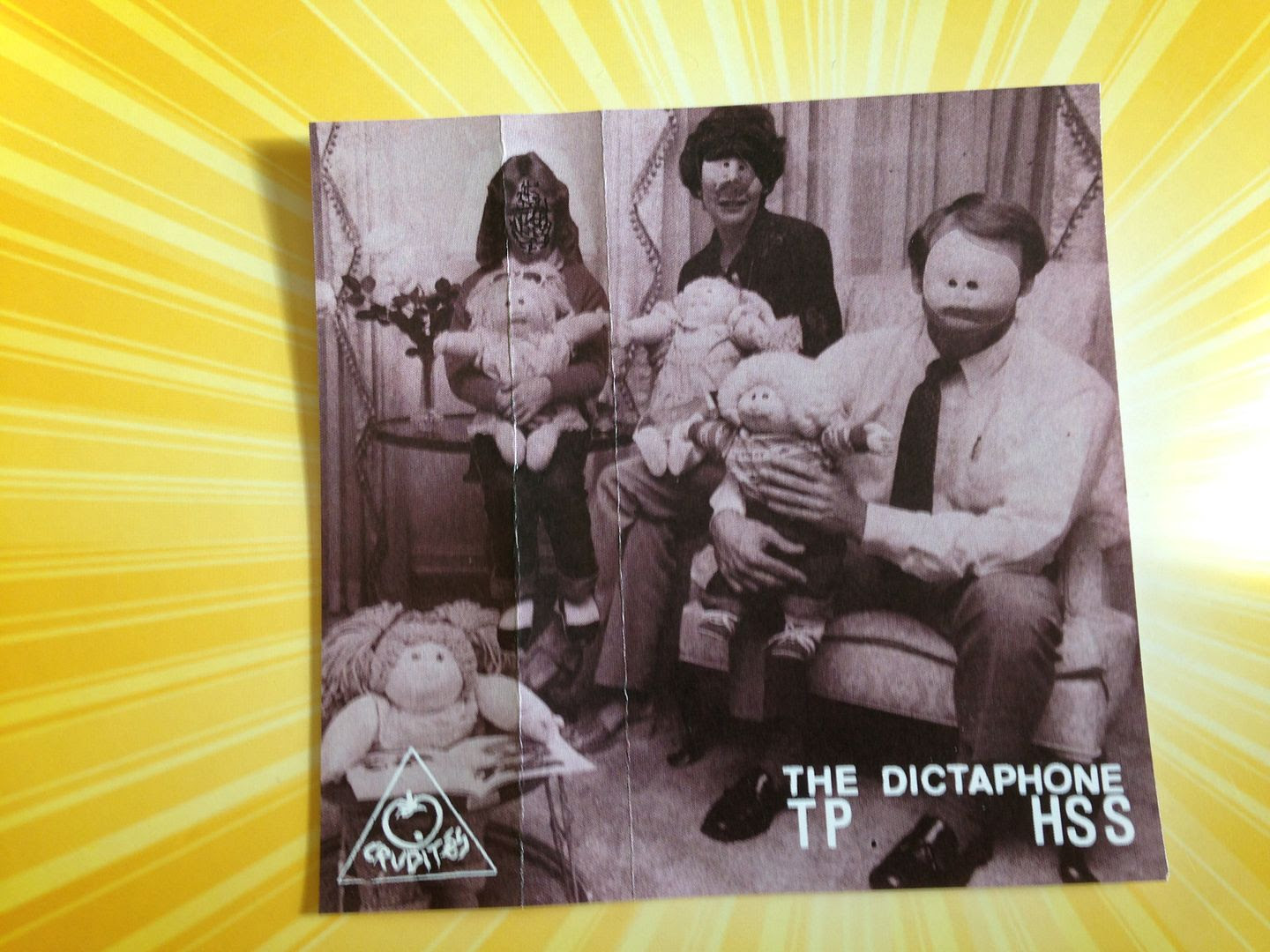 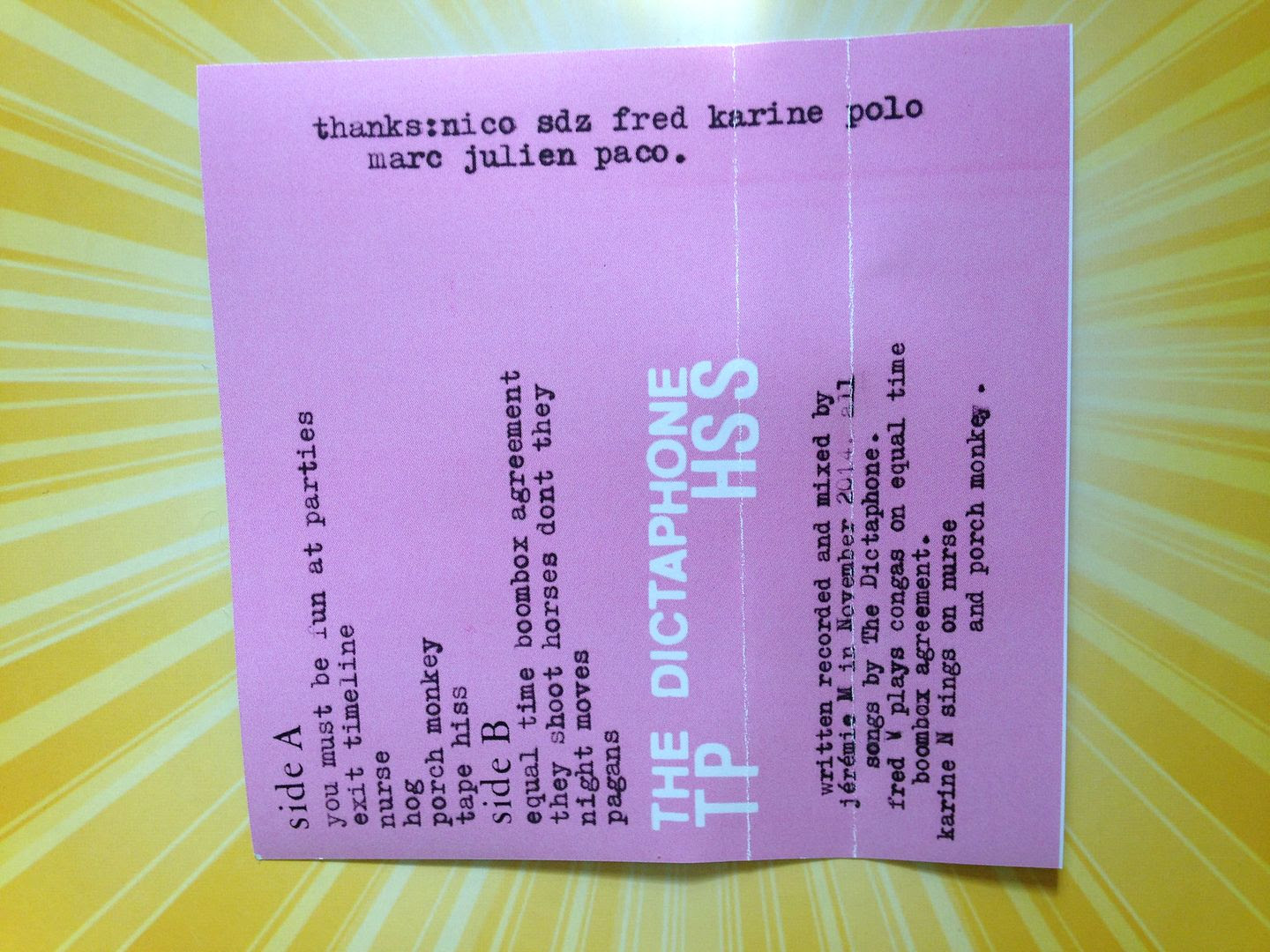