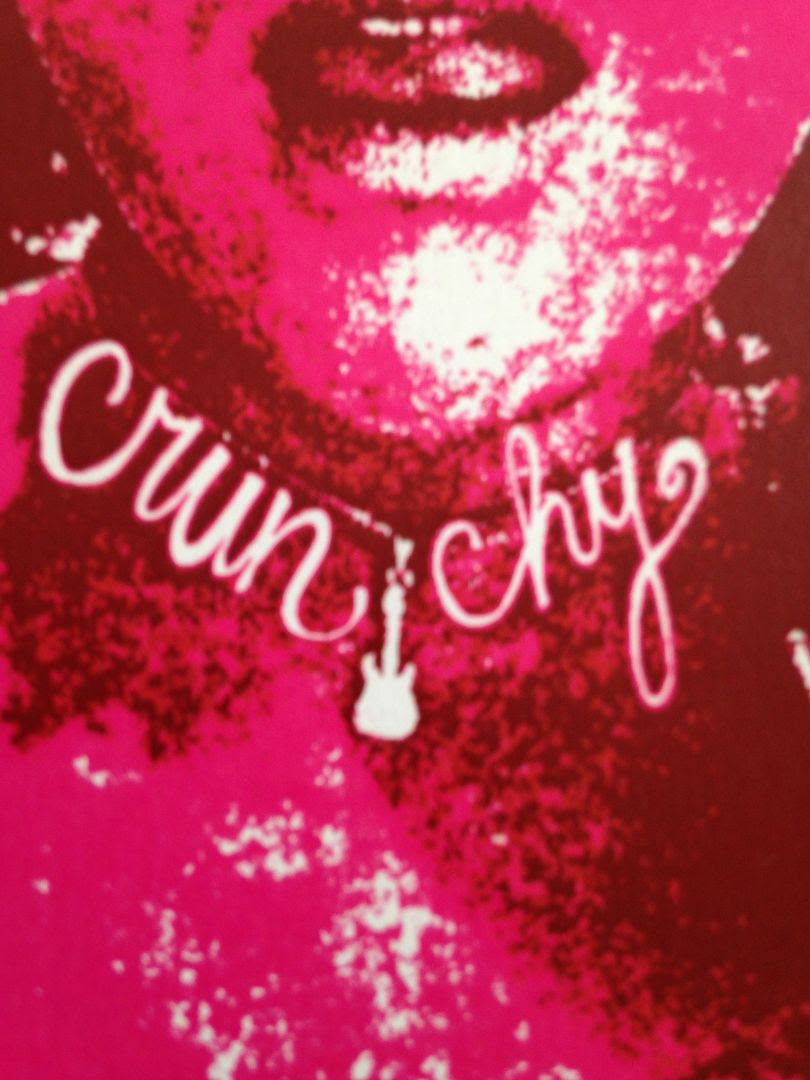 Whenever I think of the word "crunchy" my mind always goes back to when my wife was pregnant and she would often talk to other moms who ate a lot of natural foods and were all about being organic and what not and they called themselves "crunchy".   I'm not sure if that term exists outside of the mommy-verse or not, but I always imagine it as being some sort of person who wears flip-flops all the time and tries to trade their homemade jewelry with you.   In any event, the songs on this cassette do not remind me of what the term "crunchy" implies in my mind but rather are more closely related to the word "catchy".

How I like to describe Crunchy is somewhere between Black Sabbath and The Benjamins.   It's fuzzy for sure and at times it can also be hypnotic and trippy.   Guitar driven riffs often light the way for the songs which are anywhere from heavy to distorted twee.   If you told me this was the guy from High Pop trying his hand at metal I might be inclined to believe you, but the fact that this contain influences from two rather different genres and yet combine them in a way to forge something which is neither really grunge nor stoner rock is magnificent.   It's one of my favorite pieces of music I've heard in some time and what's really funny is that Side A = Side B (as I like to put in my notes) and that doesn't bother me one bit.

(For clarification, "Side A = Side B" means that the songs which are on this cassette are the same on both sides.    Typically when I'm writing reviews and listening to music to review it I like to think of this as some sort of unlocked bonus level in a video game because instead of listening to more music to review on Side B I'll simply pop the cassette out and move onto my next review subject.    With this cassette by Crunchy though, even though I recognized the songs when they came back I didn't eject the cassette but rather let them play through a second time.   Also note that this is how I review cassettes the first time through as I only listen to them once the first day, let the songs digest a little and then go back to them the next day and so on until I have a review.   But I've already said too much about my review process)

Lyrically these songs tend to have a sort of loop quality to them where they can be catchy and get stuck in your head because of that.    One example of that is a song about being in the shower with your body and then you realize your body is a corpse and so you're in the shower with a corpse.    Yeah, I'm not doing them any justice here by trying to type out the stories of them and all, and even if I did type them out word for word for you it wouldn't make much of a difference-- you just have to hear them to truly appreciate them.

Between the thump of the bass, the distortion and the energy involved in these songs, you have lyrics you'll be singing along with for days.   I'm not really sure what else you could ask for in a band or a cassette that you can play loud and play often, but here is Crunchy and perhaps the name is in reference to the crunching of the chords but whatever the case these are some songs you should be singing. 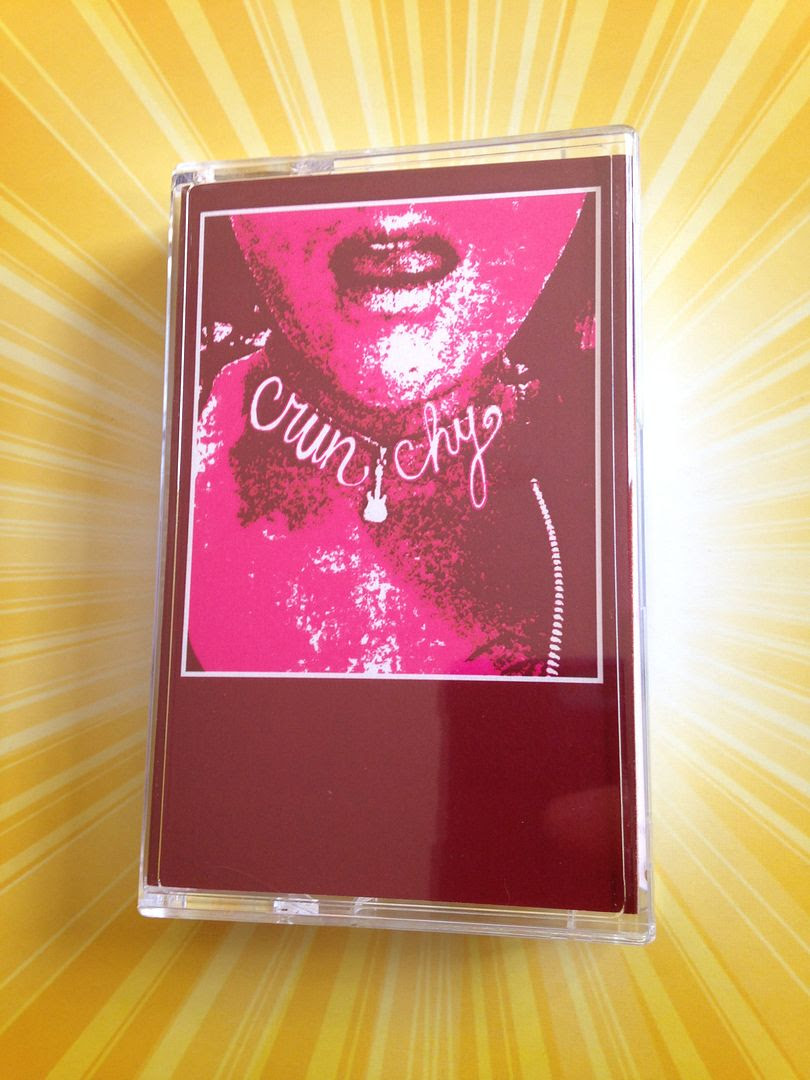 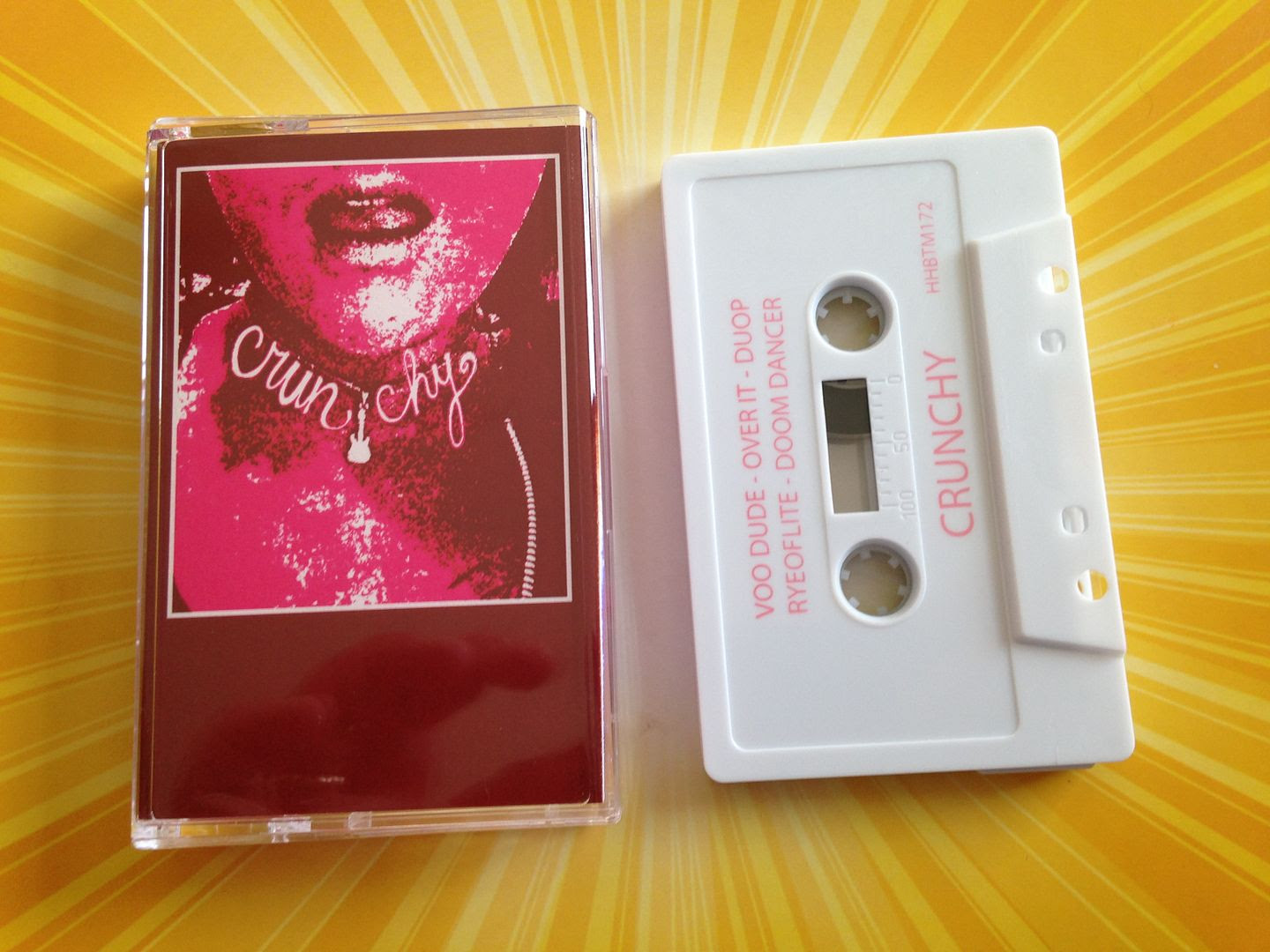 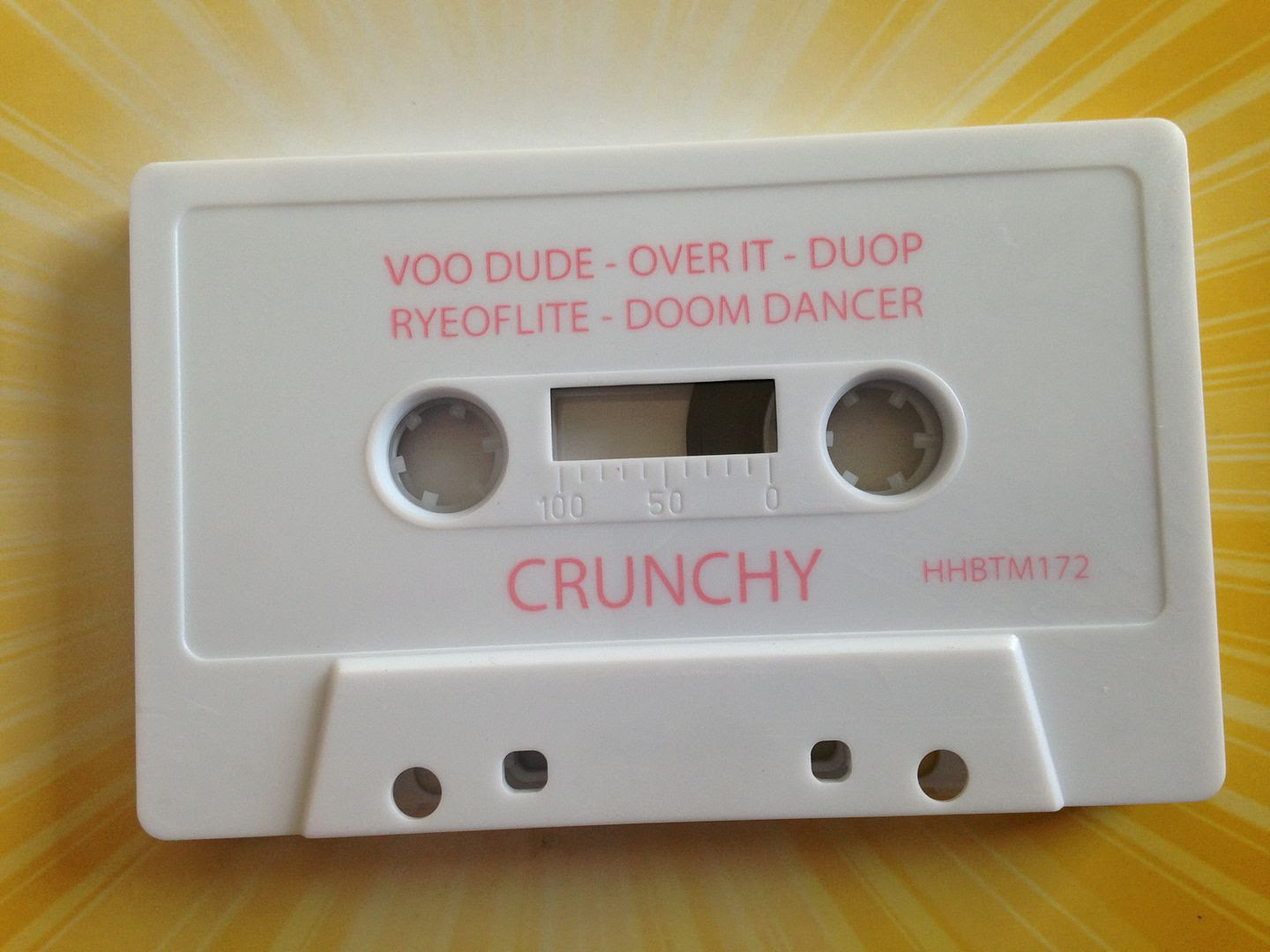 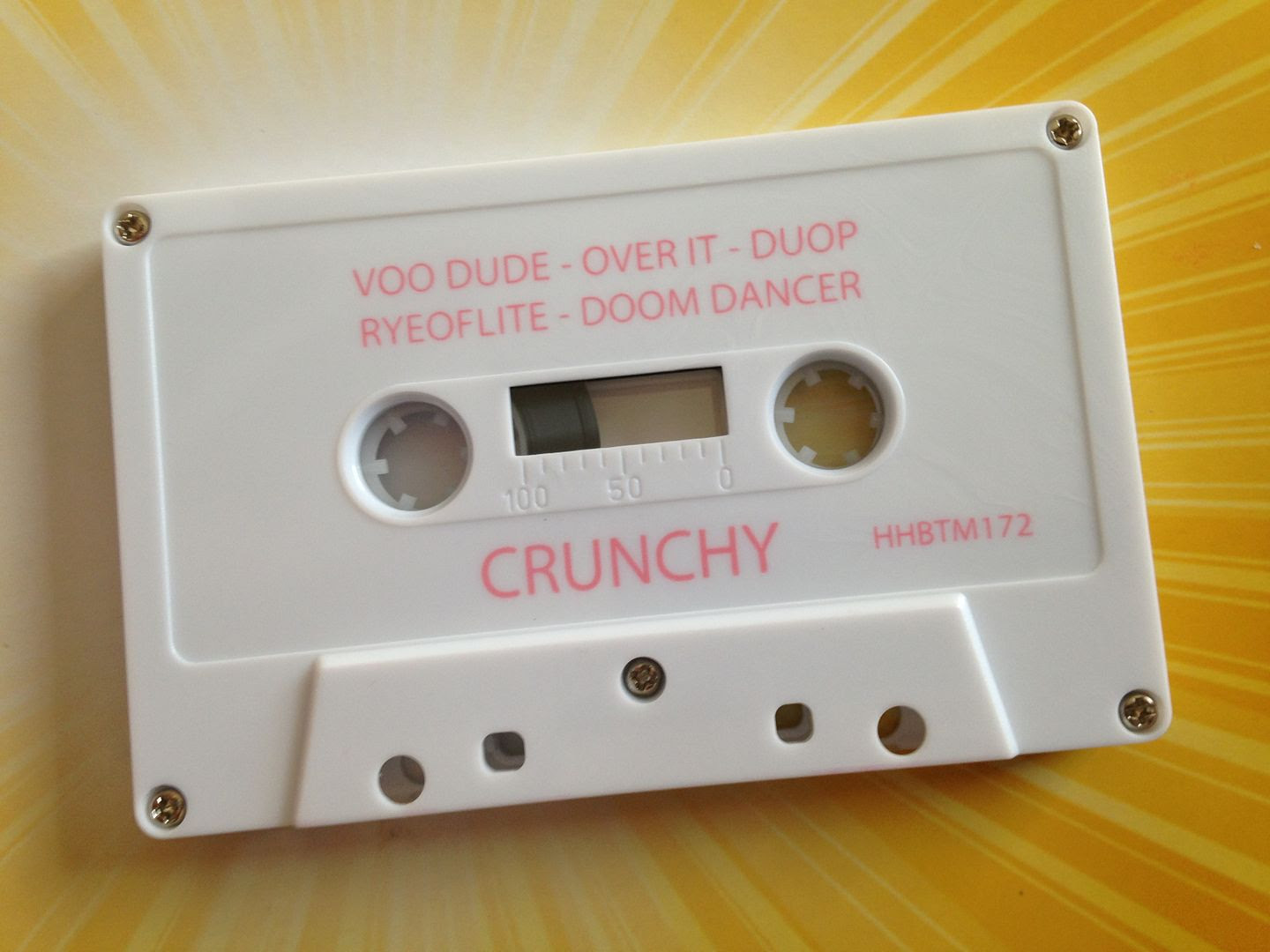 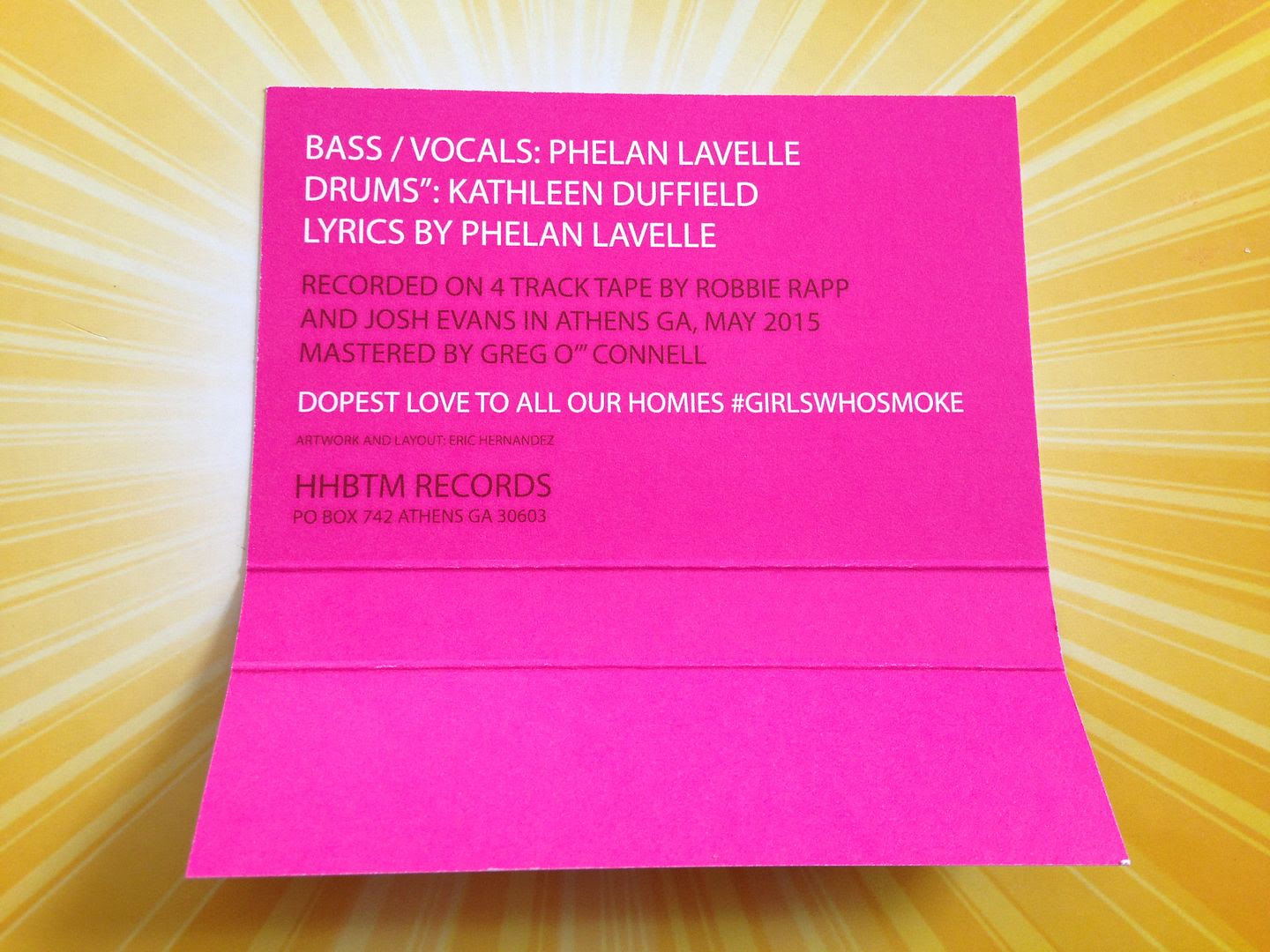