What I find interesting about this blind bag is that the back says it's copyright 2012.   I'm not sure how we were able to purchase a blind bag from four years ago, but Quentin found it mixed in with some Marvel blind bags and seemed to like it.   I knew it didn't belong there so I looked for a spot for it and couldn't find one.   This, of course, brought me over to the price checker.   It came up as $1.00 and I was sold.

The different versions of E.T. in here are not that bad.   Usually when it comes to blind bags and things which involve mysteries I always find one or two that I really want but the risk doesn't seem worth it when you could potentially get six or more you have no real interest in.    The only E.T. in this set I really don't like (and didn't want) is the one where he is under the sheet pretending to be a ghost.   That might be a good Halloween decoration or something but I'm just not into it.     The one that I actually really wanted the most is the one where he is dressed up as he does in the movie when hiding in the closet.    The blue jacket one falls into the category of "all right", but the rest are acceptable as well.

We don't really have a lot of E.T. stuff if we even have any at all.   I feel like the movie hasn't really been made into a huge deal like others have been made more recently in that blast from the past sort of way.   But we got the "basic" E.T. and I'm fine with that because he can stand somewhere and be a reminder of that movie until one day Quentin actually watches it and wants to find a plush toy or something for E.T. if he likes it that much.    Maybe instead we'll just get some sort of special Blu-Ray release of the movie.

I'm not sure what the original price on these was but I'm sure it was more than one dollar.    If you tried collecting all six and had to spend more than three or four dollars and possibly got duplicates then you could end up spending quite a bit to complete this collection of rather small E.T. figures.    Based upon the packaging as well, I thought E.T. was going to be a bit larger and have a bit more weight to him than he actually does.    Opening it had me thinking how small he was and how glad I was I only paid one dollar for it.    Maybe that's why he ended up on clearance or maybe he just slipped through the literal cracks at Target.   Either way, this was a good deal for $1 but I wouldn't have paid more than that for it. 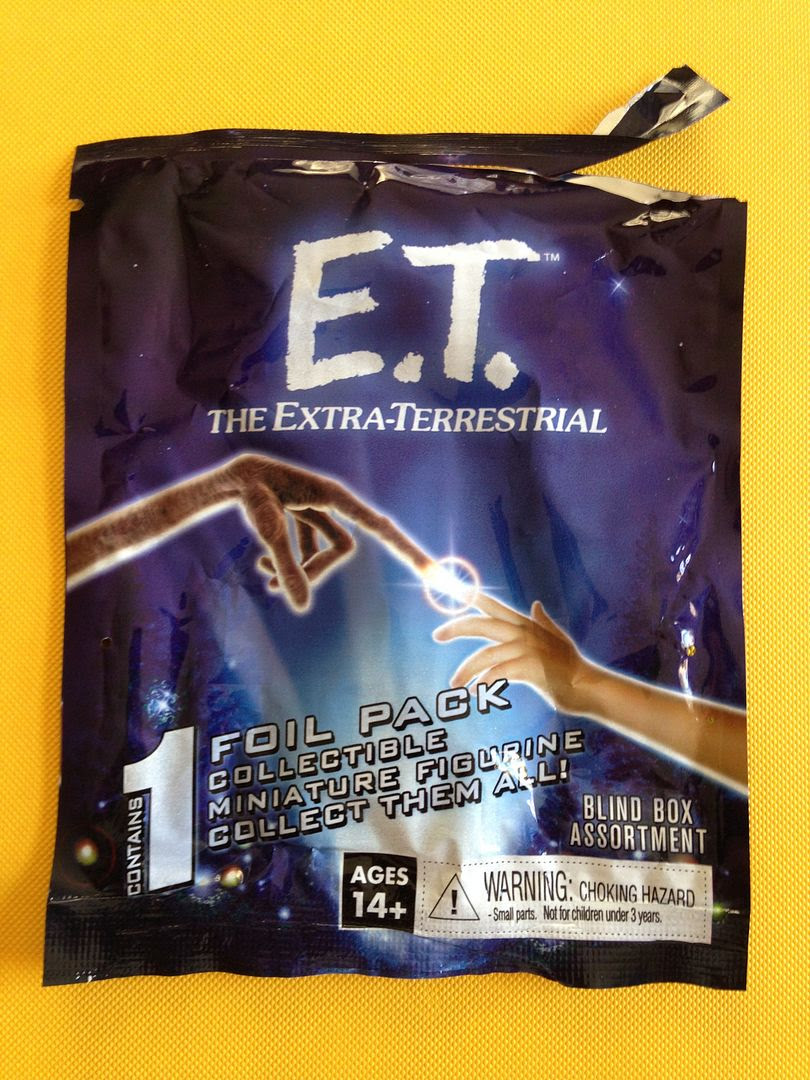 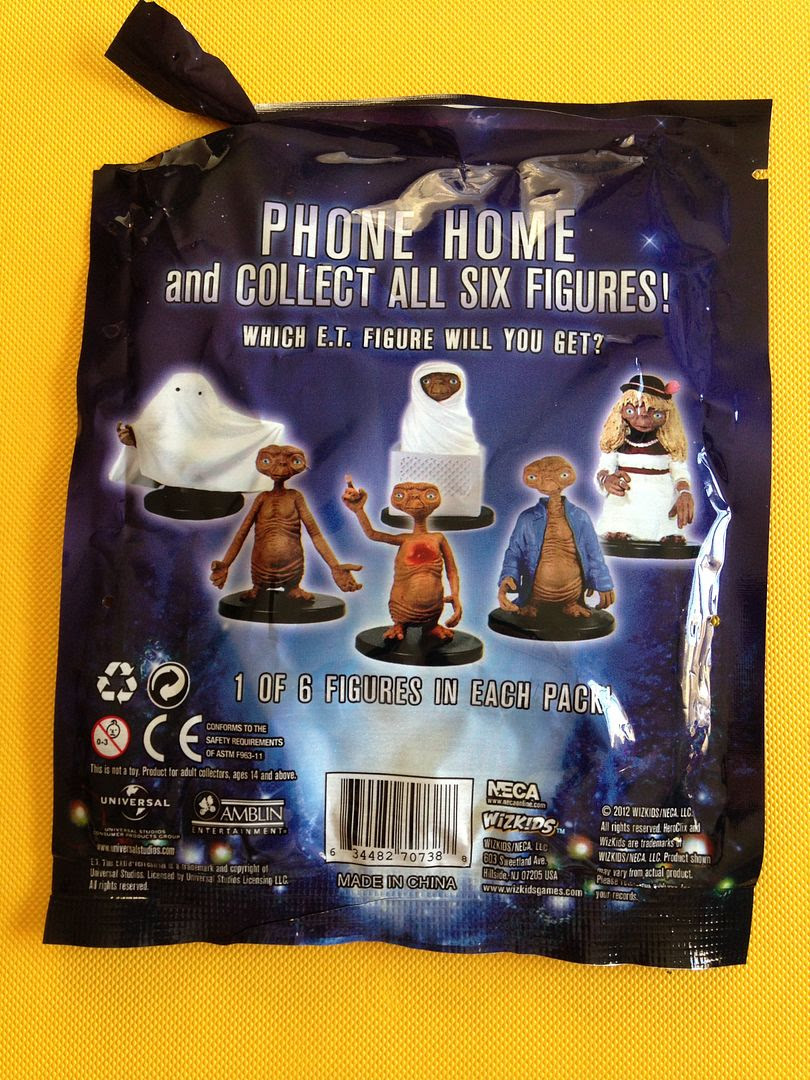 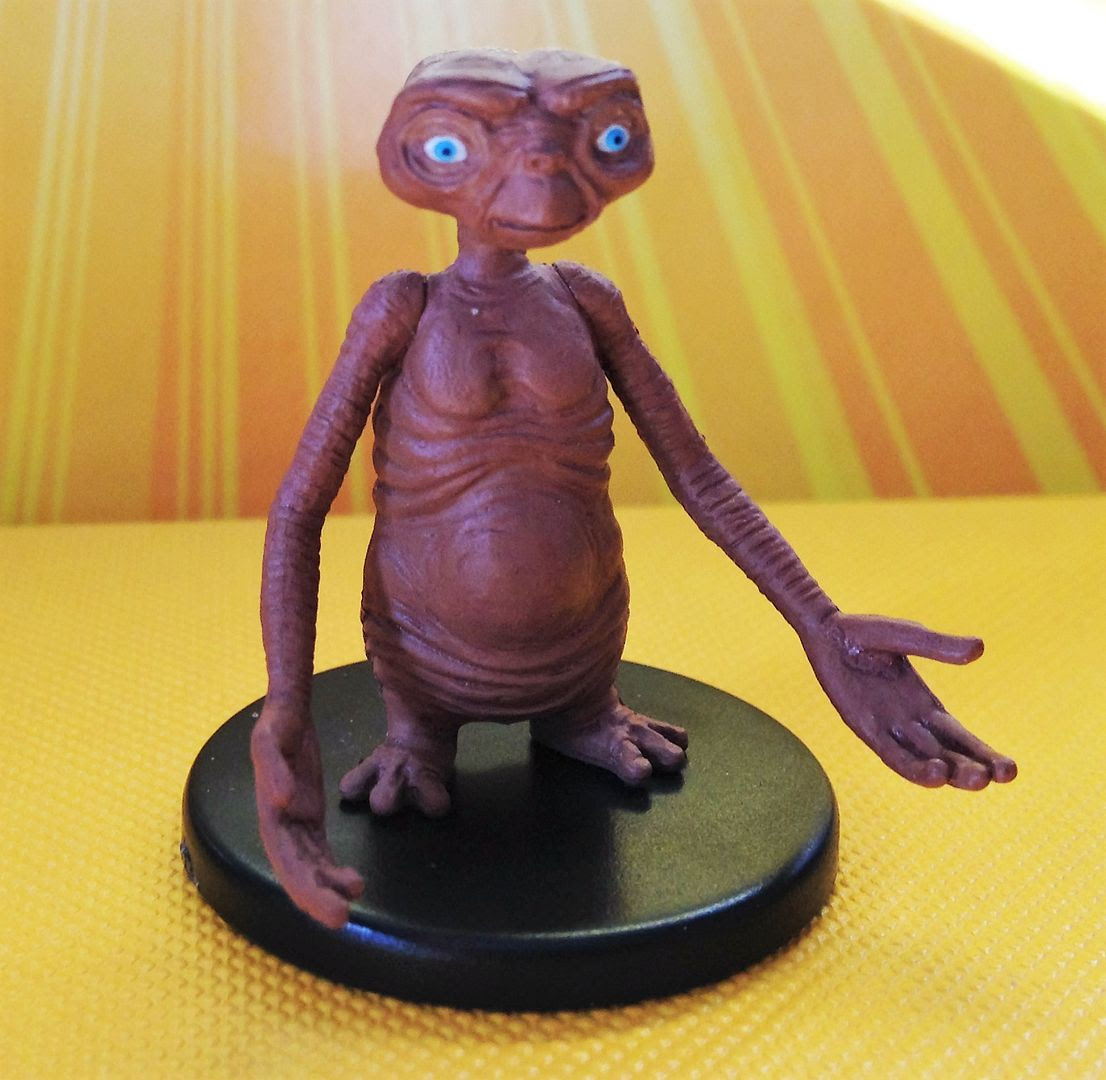 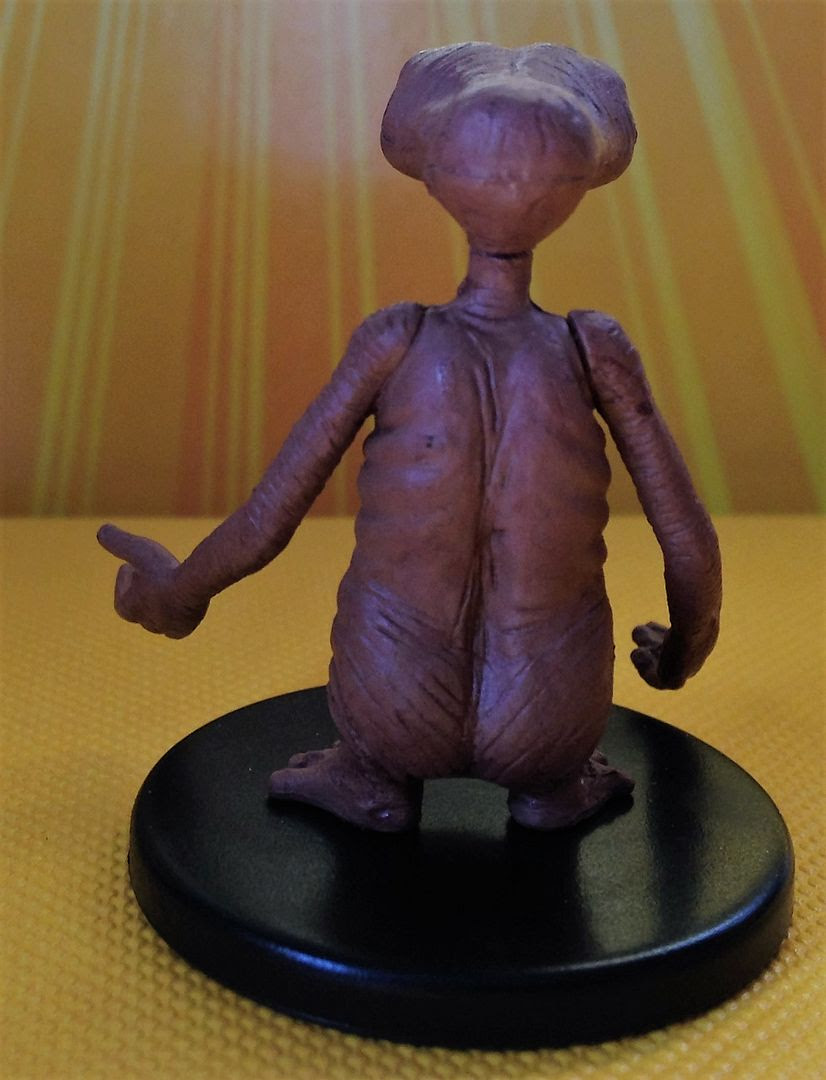 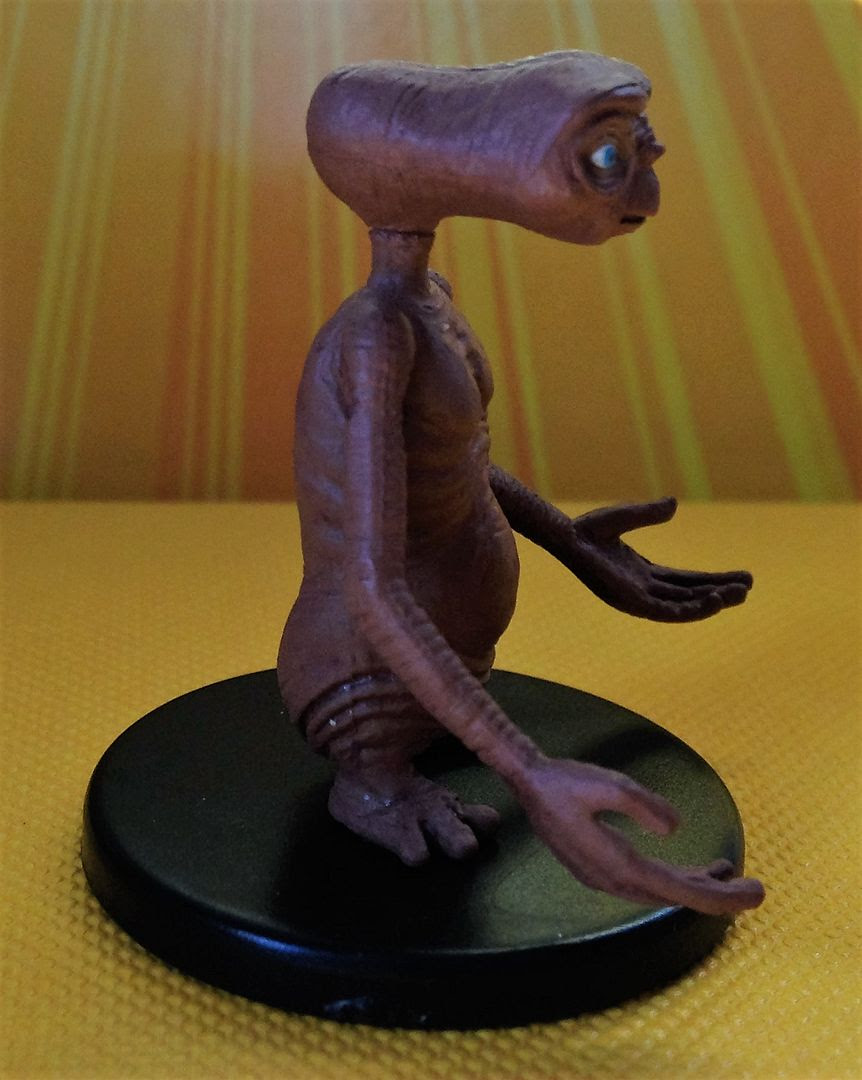 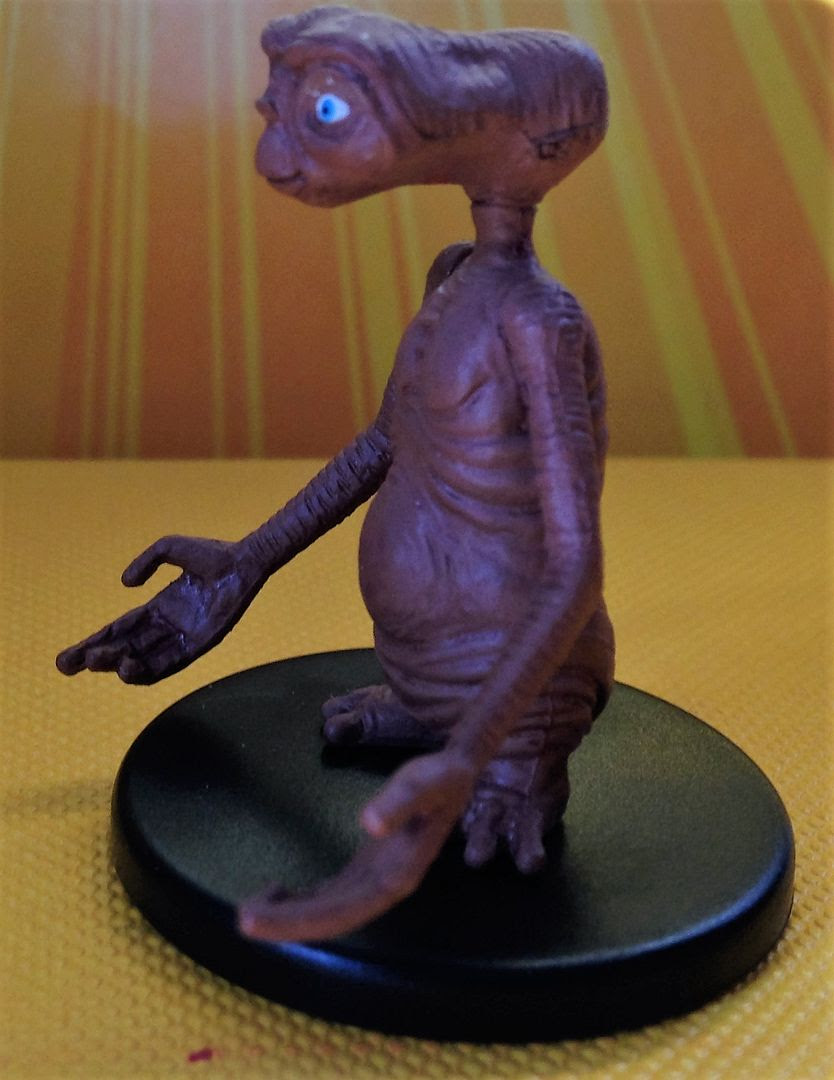 Posted by Joshua Macala at 5:48 AM