I'm not sure why it's so hard to find merchandise for the New York Mets in Connecticut.   It seems to be a real epidemic though.   When we go up near Hartford we begin to see only Boston Red Sox stuff and since we are closer to MA that's fine, I get it.    But when we are at places in central and southern CT we see Yankees stuff (Sometimes Red Sox stuff also) but no Mets stuff.   How can you justify putting out Yankees hats and not Mets hats?   We're the same distance from both teams, more or less, so why not distribute them equally?   And this brings me to the baseball card team sets.    These really drive me crazy.    Along with the obvious Red Sox and Yankees team sets I have seen a sort of "best of" set for the National League and then sets for the Washington Nationals and San Francisco Giants.    Yup.   We get sets in CT for teams on the other side of the country but, alas, no Mets who are in our own backyard.

Something about this problem has to be done.   If a store is selling items based on the New York Yankees they should also be selling them for the New York Mets.   It's really as simple as that.    So many missed opportunities for sales have passed simply because the Mets merchandise was not there.

In the Post Mall (which is closer to New Haven and going towards NYC) we found a store that was under the Lids banner but had more than just hats.    This is where we had to go to find a Mets team set of cards for 2015.   Unbelievable.     The nice thing about the set is that it was only $7.99 and features mostly all of the players currently on the Mets.   The only glaring exceptions are Dillon Gee, Jenrry Mejia (That's his fault), Zack Wheeler (who went down with an injury) and Dilson Herrera (Where is he?)  Everyone else you could want is here except for some of the Topps Series 2 guys which are basically Erik Goeddel and Jeurys Familia.    Everyone else is here though and it just feels so great because whenever I'd buy a pack of Topps baseball cards I was always looking most for Mets players and they were the ones I'd seem to come up with the least.    This is like pulling an entire pack of Mets and it's awesome.   I just wish it was in stores a little bit closer to me than this but the fact that I didn't order it online or have to leave CT makes it okay.

On our same trip around the New Haven area we found a Modell's.   They are a sponsor of the Mets and so we decided to go in there to see what kind of Mets items they might have.   They had a t-shirt jersey for Cespedes already.   It was great how much Mets stuff they had.  I was so happy I wanted to bring the store closer to home (It was maybe only thirty minutes away though) and give them all my money gradually over time.    One thing I did find was a baseball with the Mets logo on it.   Through various circumstances this past baseball season I had gotten baseballs for both the Red Sox and Yankees and felt weird not having a Mets one.  I thought of the possibility of Mets players (or even B-Mets players) signing it, but you know, just sitting the way that it is by itself right now it looks cool enough that I don't even need anyone to sign it.

At the store related to Lids we saw a team ball but it was a dollar more than this one.   Yet, when we got to the register at Modell's it turned out that the baseball was actually on sale for $5.99.    (According to a Google search we were at Modell's in Hamden, CT)  In the minor leagues, with Double A teams, they charge $6 for a ball and so having this as a major league team for the same price just sweetened the deal.   I was quite impressed by this and happy with being able to not only get the team set of cards but a Mets baseball on the same day.    I just need to buy two cards on eBay (which will be about a dollar each) and then wait for Topps to put out some trade update cards as well.   Topps actually told me on Twitter we might see Cespedes this year in a Mets uniform as a baseball card and I don't know if that will hold true for all of their assorted trades but just to add Cespedes would be great.    I'd also like to eventually find cards for Noah Syndergaard and Steven Matz but it's baby steps really.    And by the time next season rolls around there will be another team set out and I will travel back to the Post Mall to get it if I have to-- if no one does anything about this odd distribution. 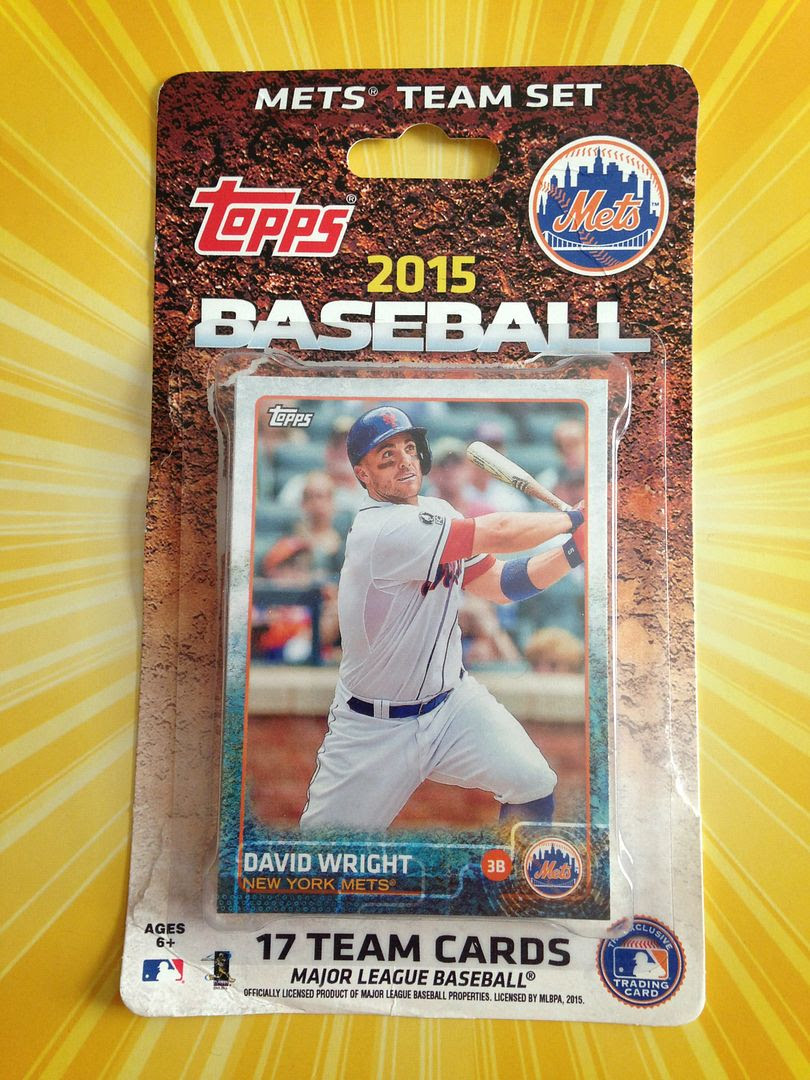 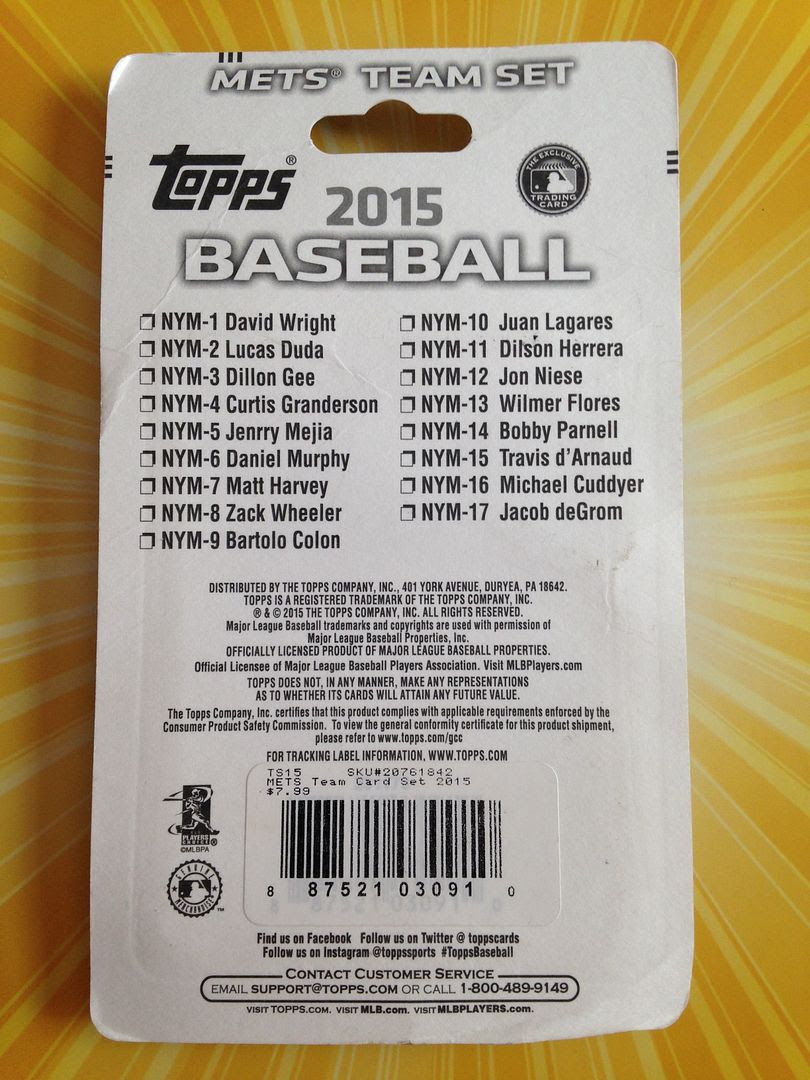 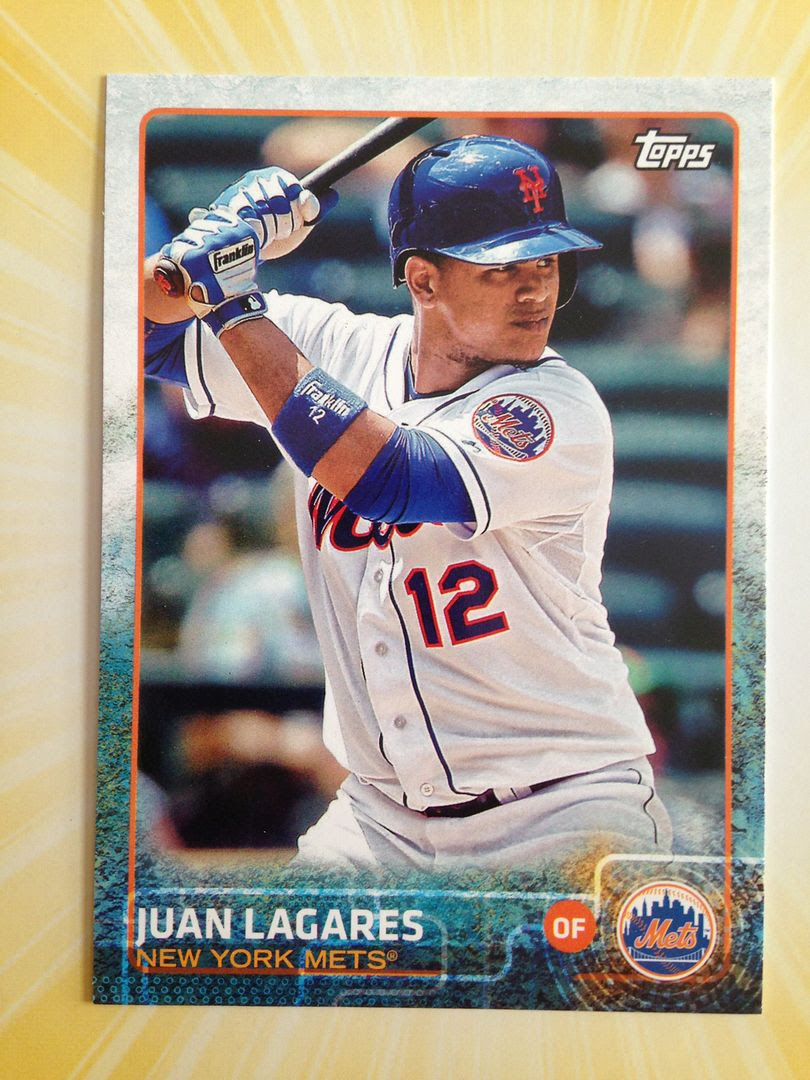 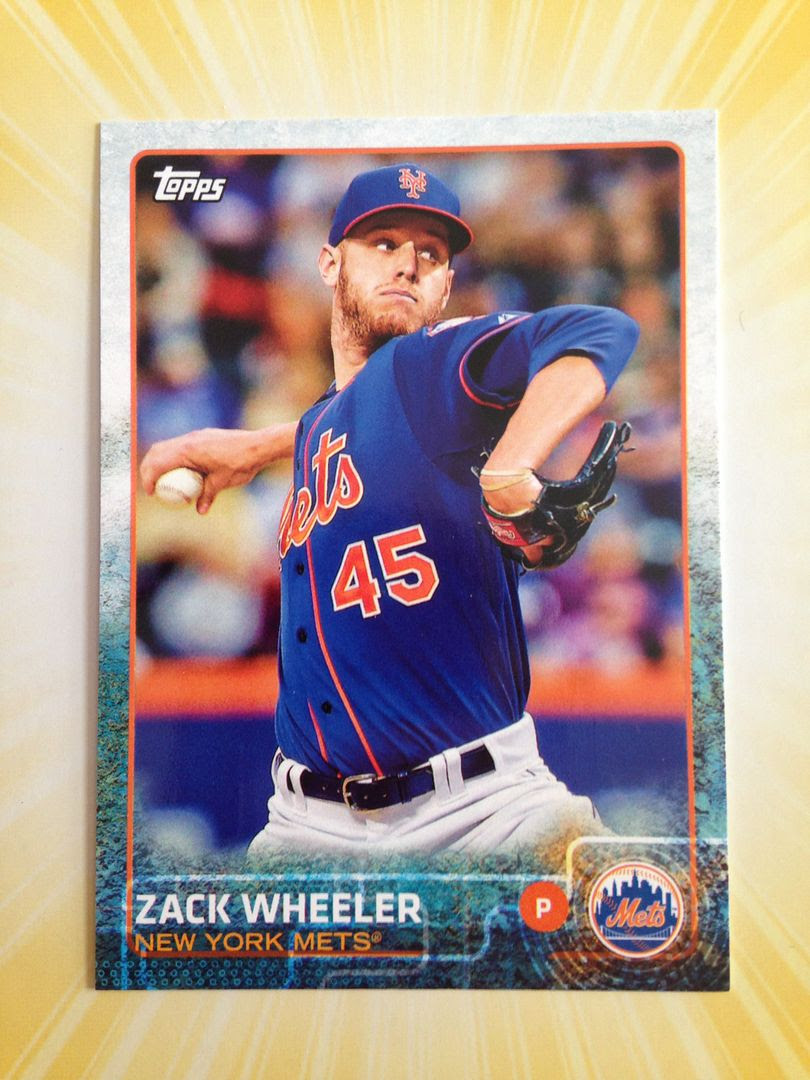 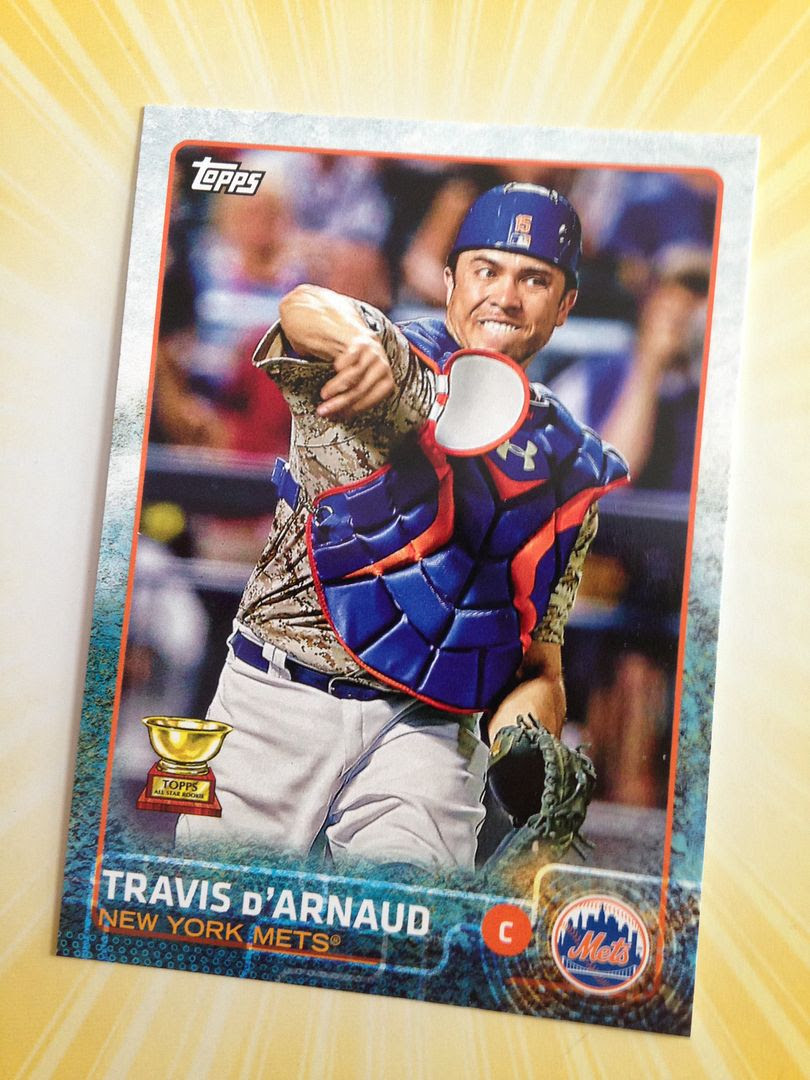 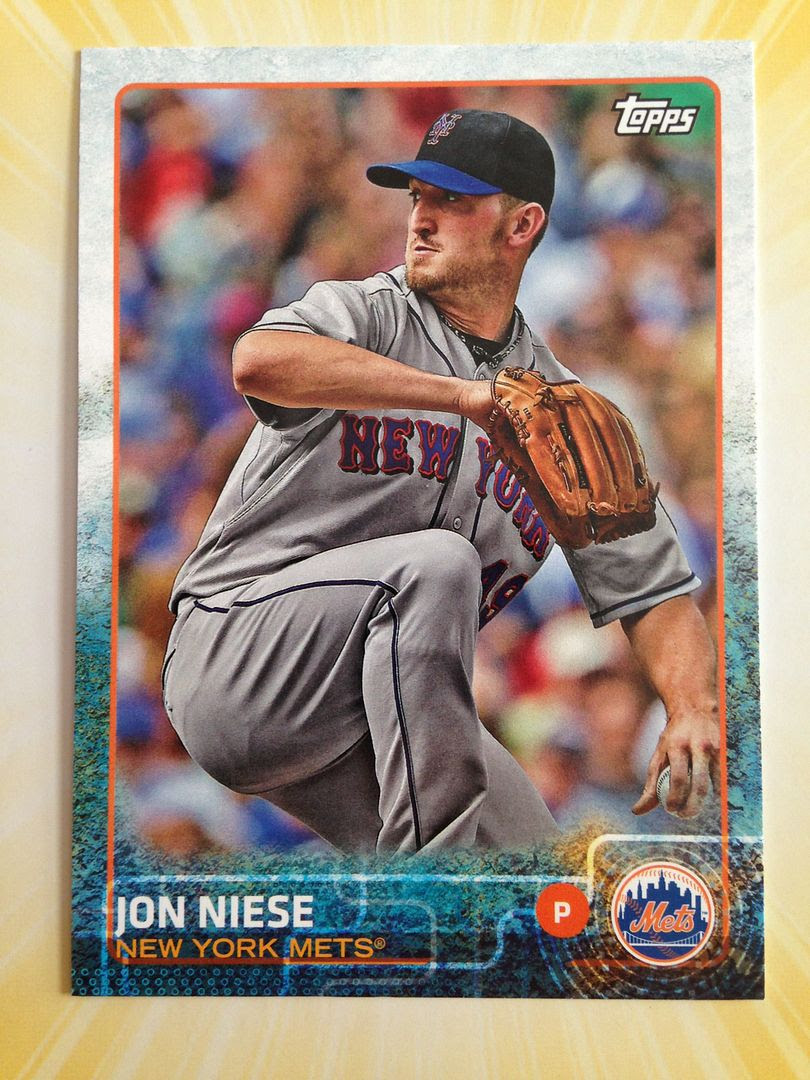 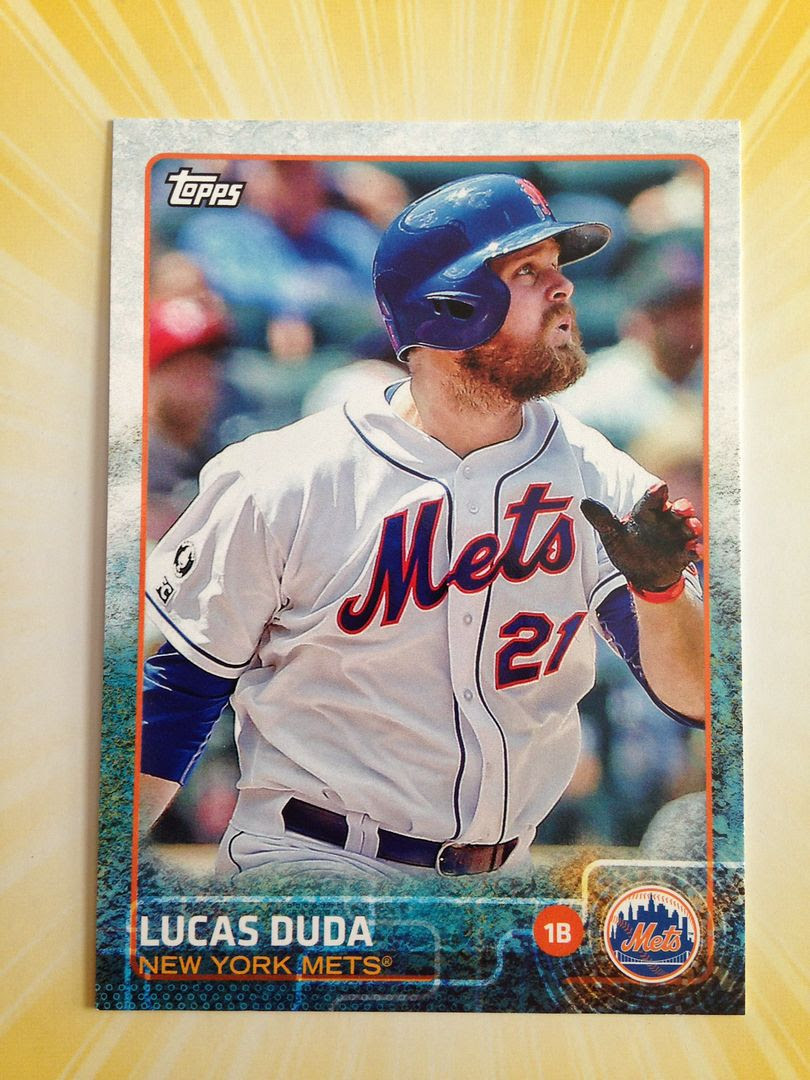 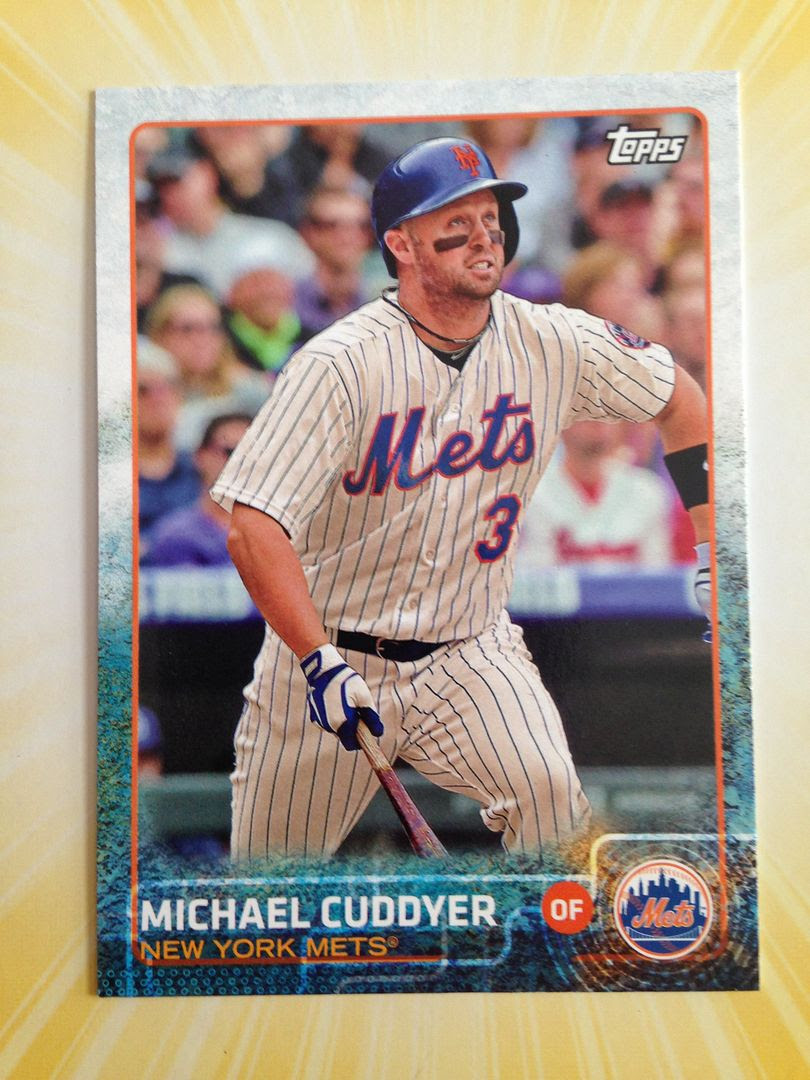 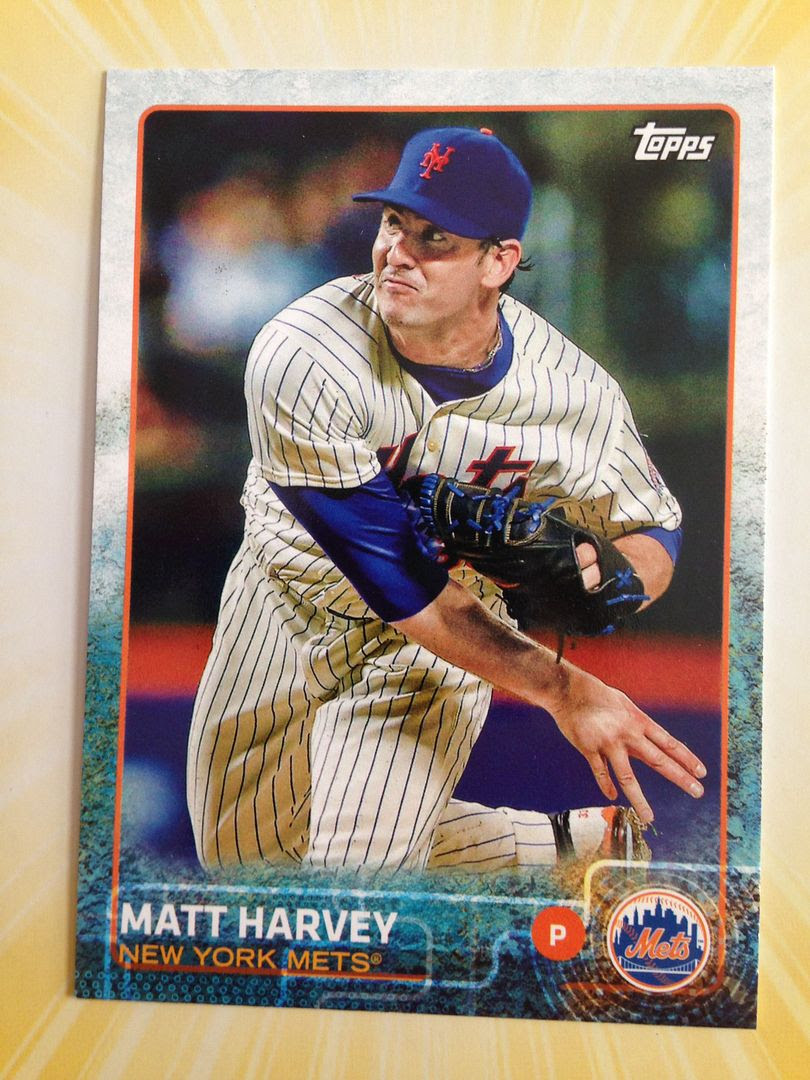 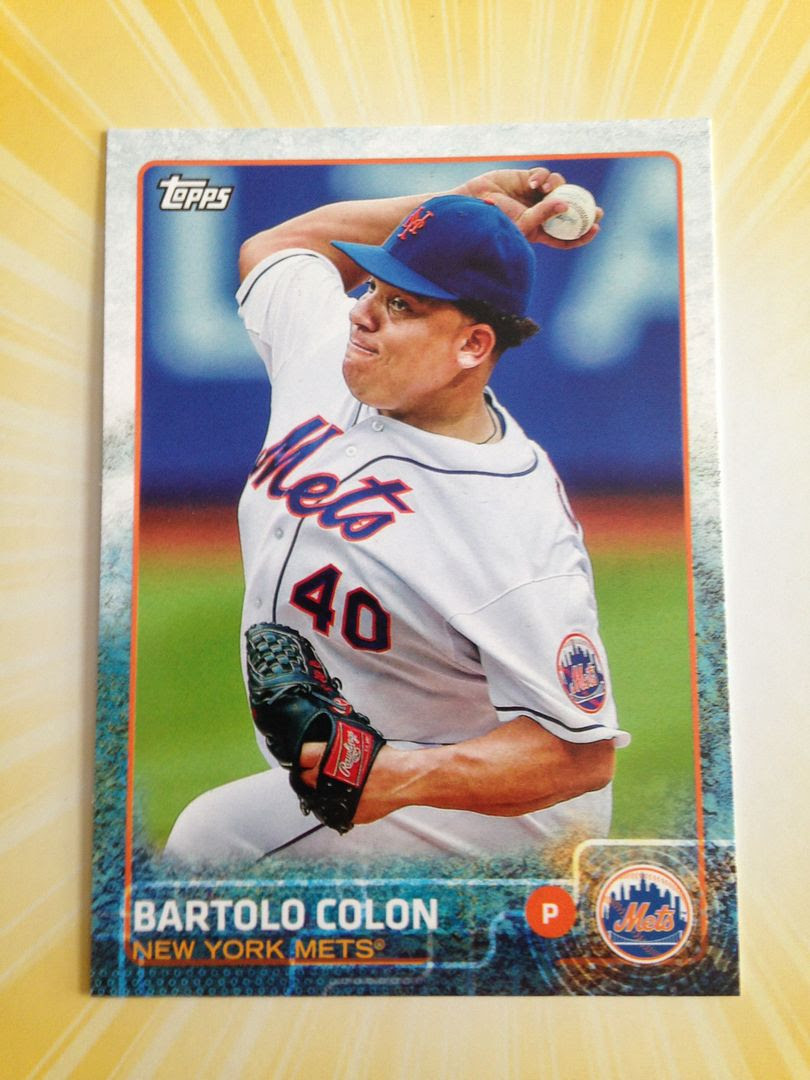 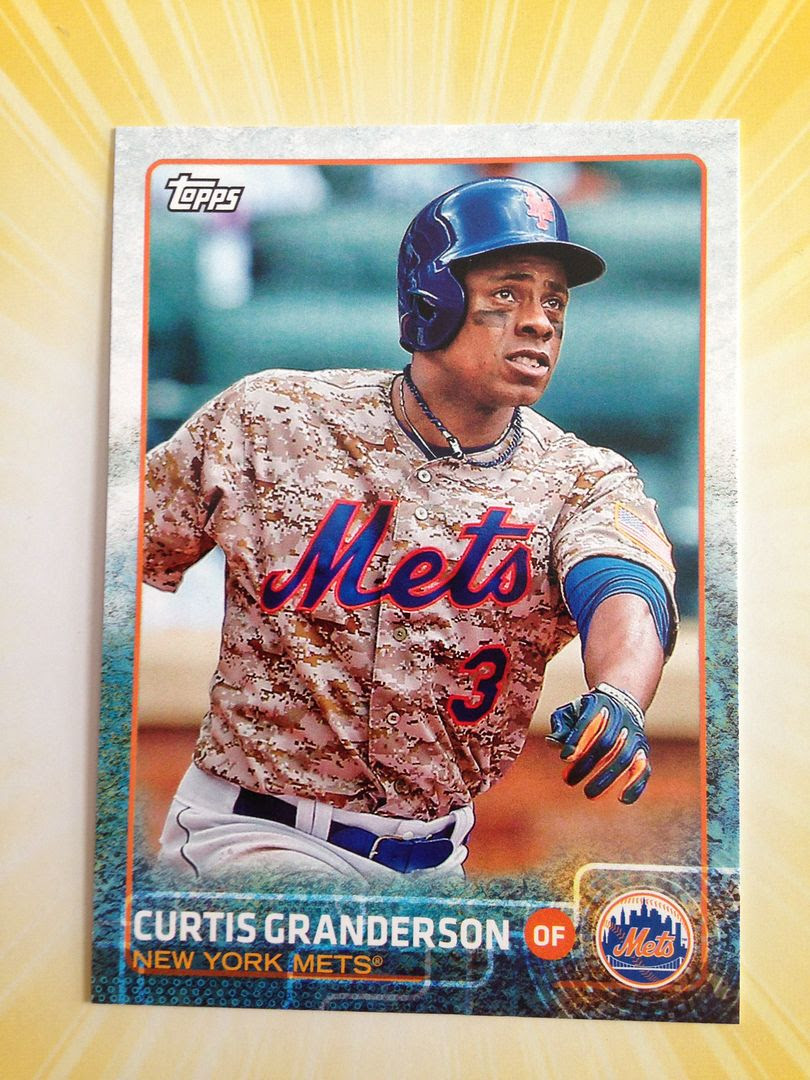 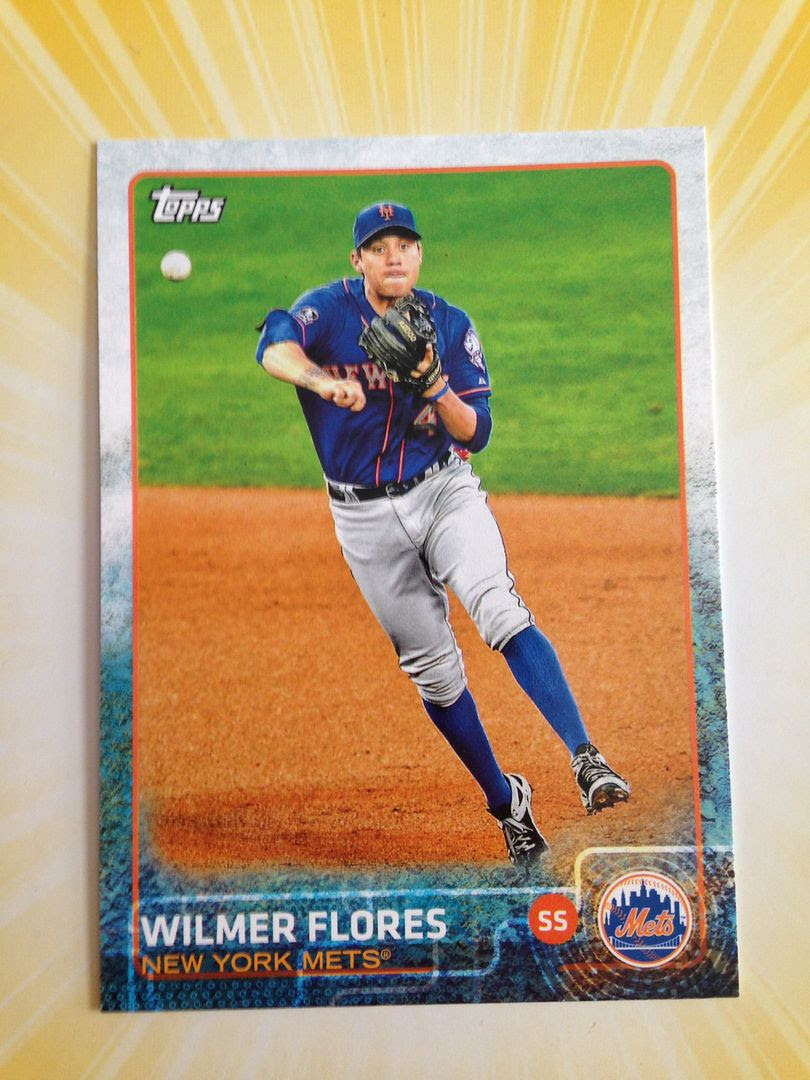 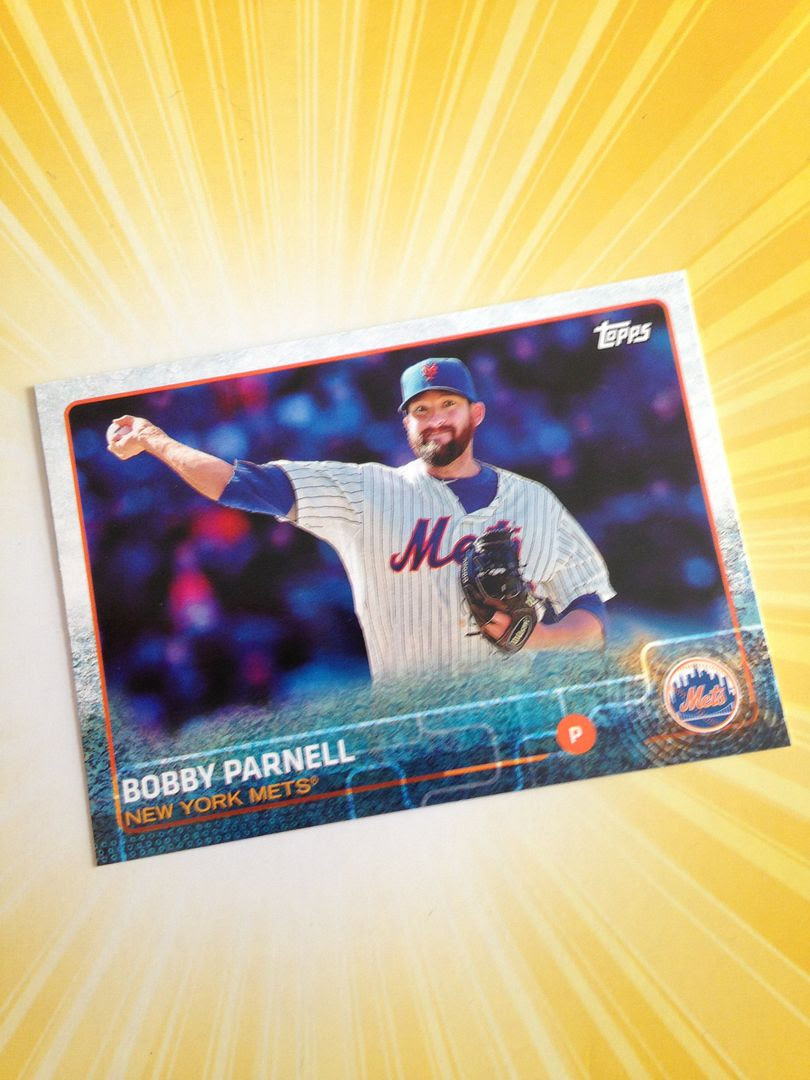 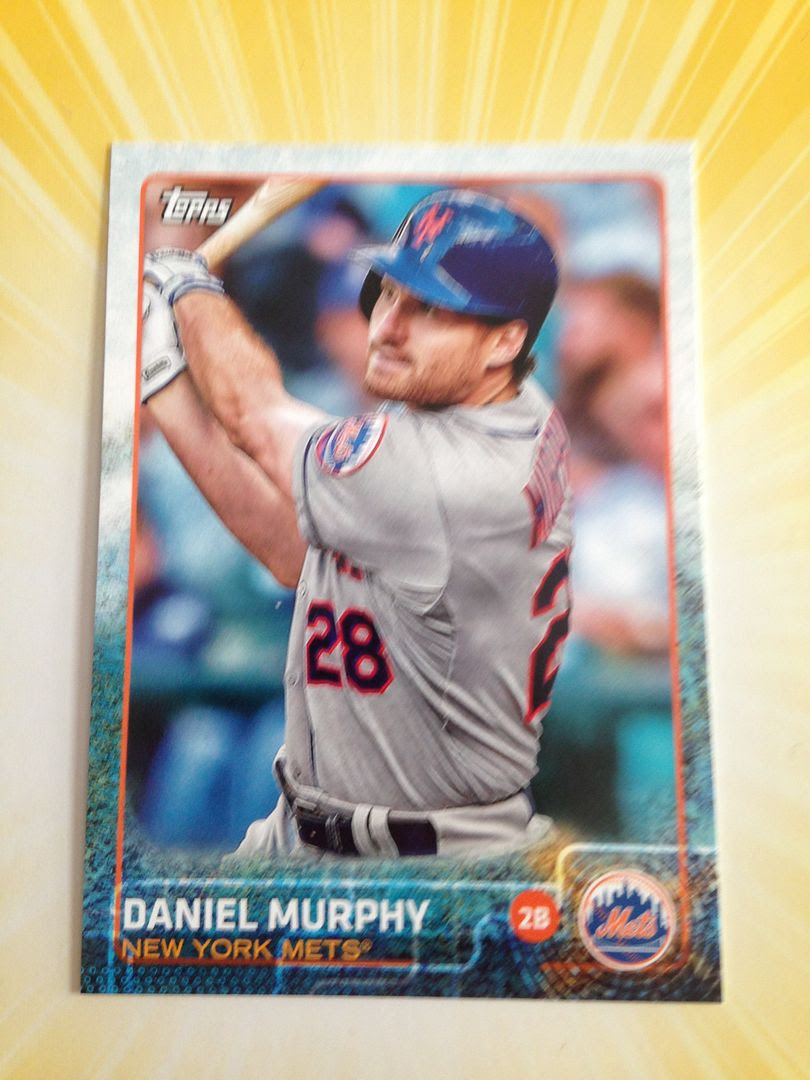 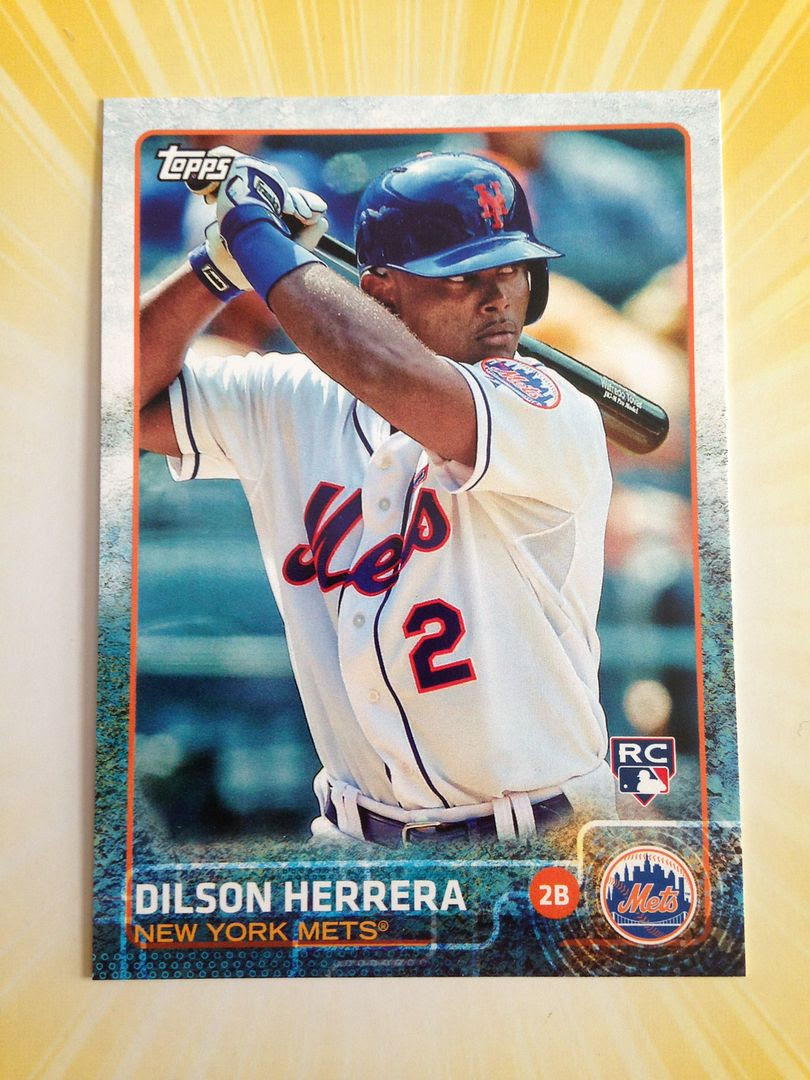 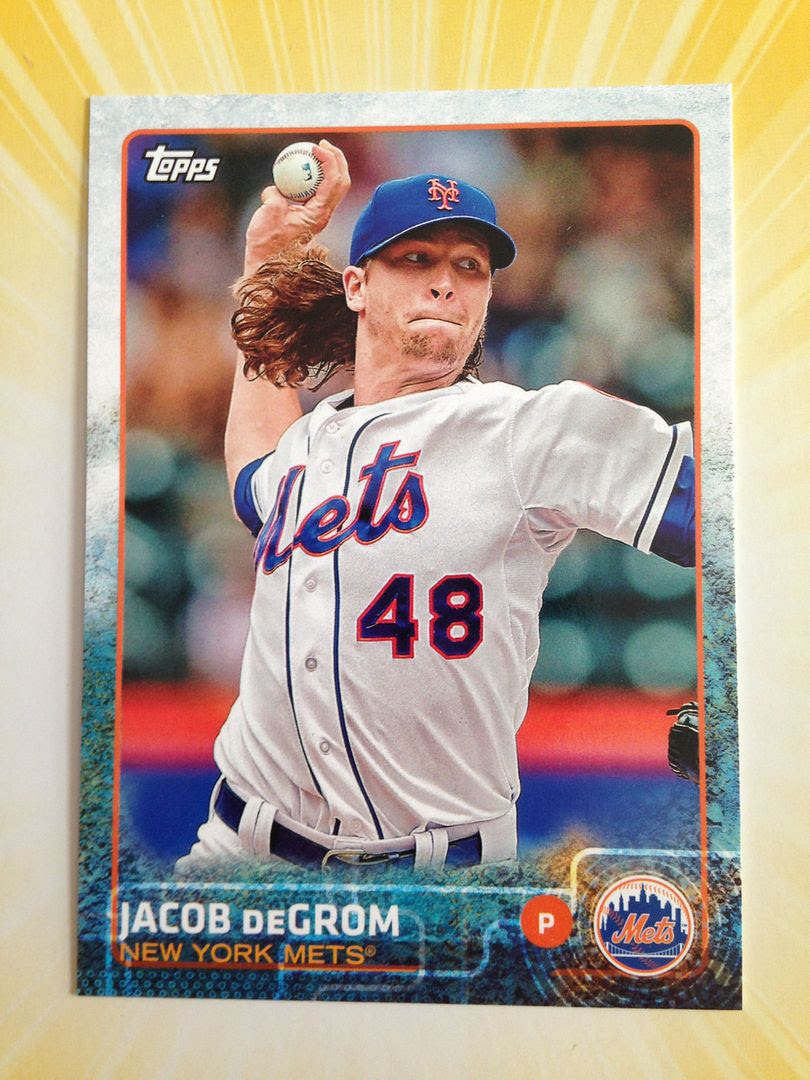 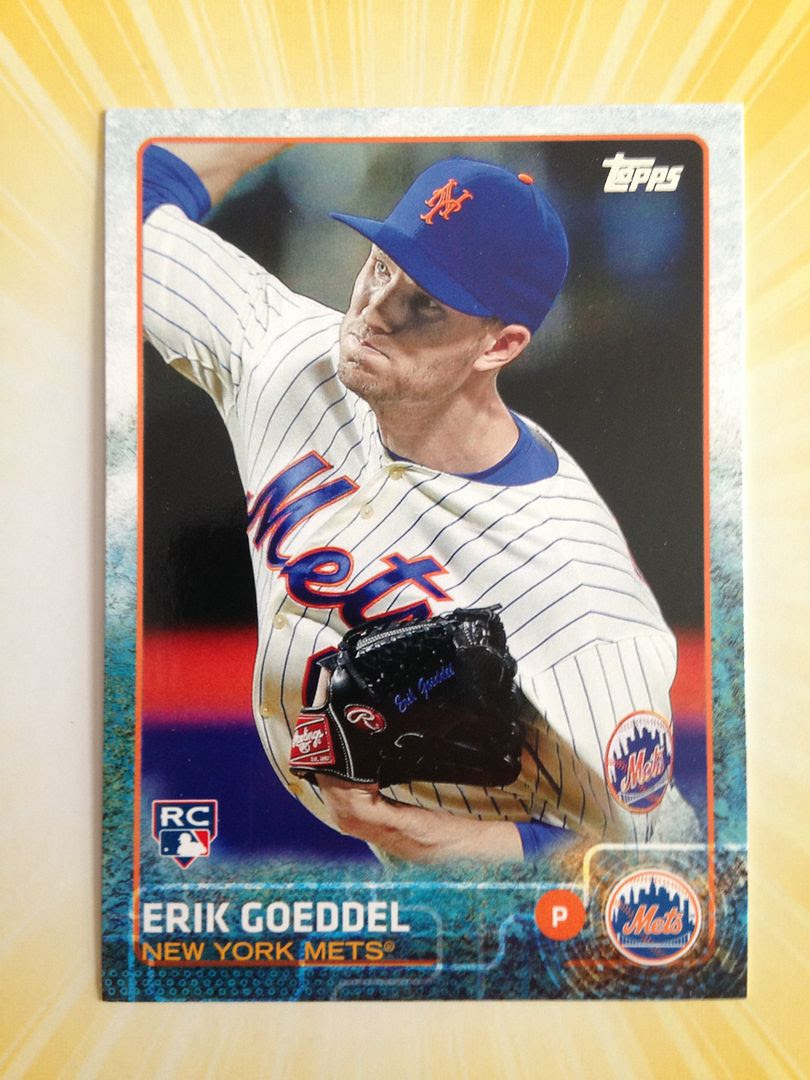 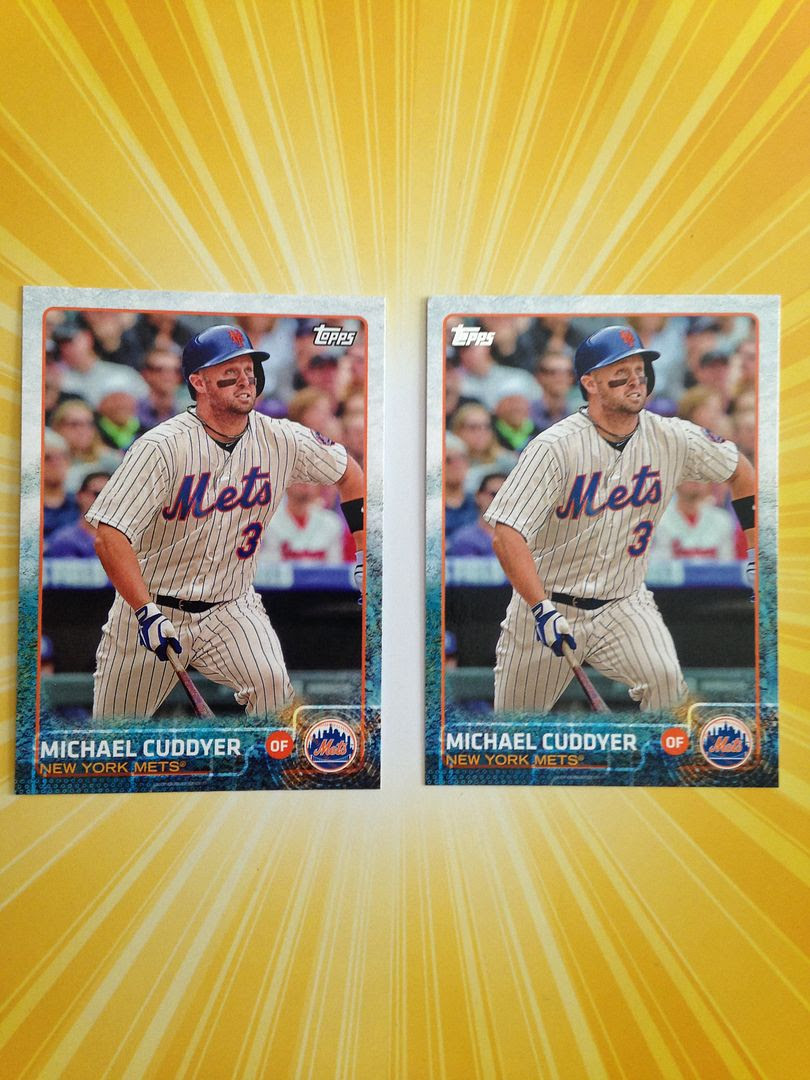 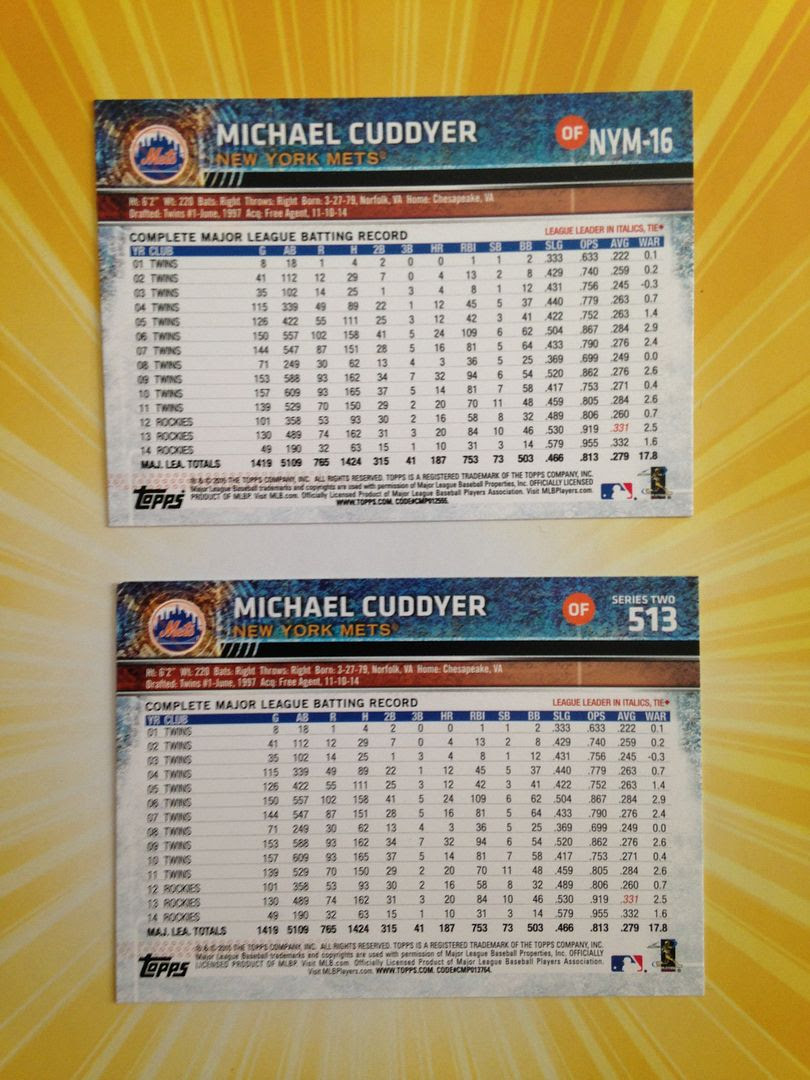 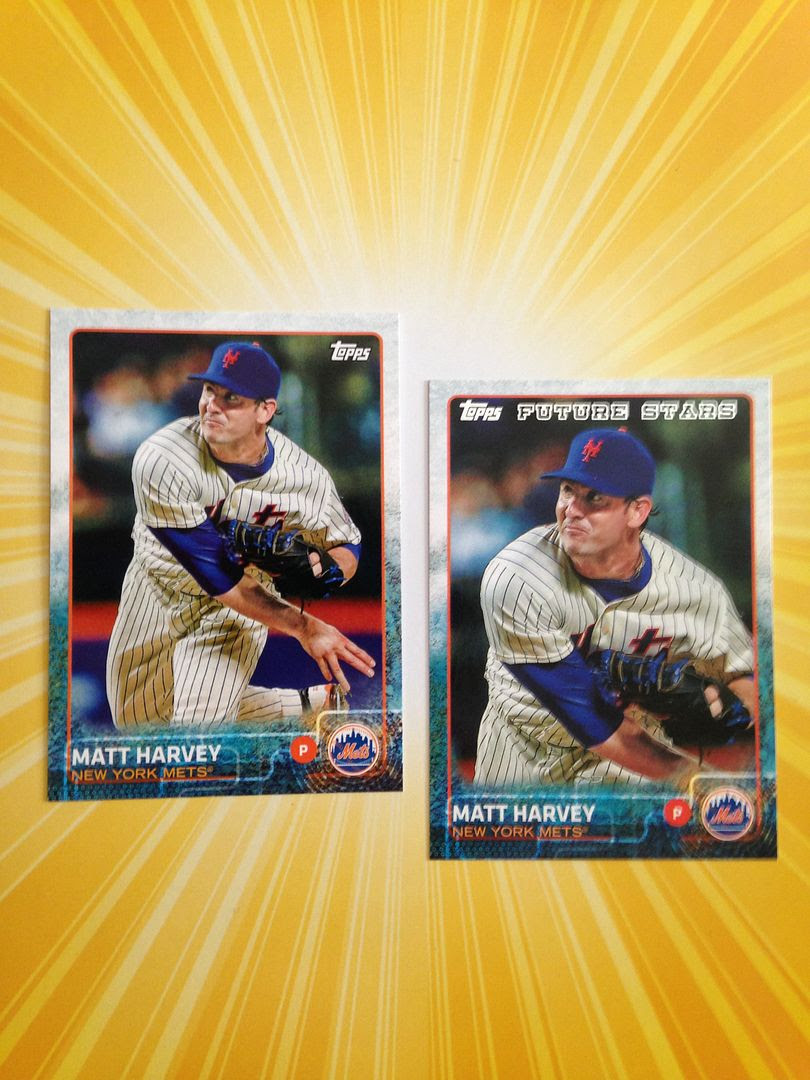 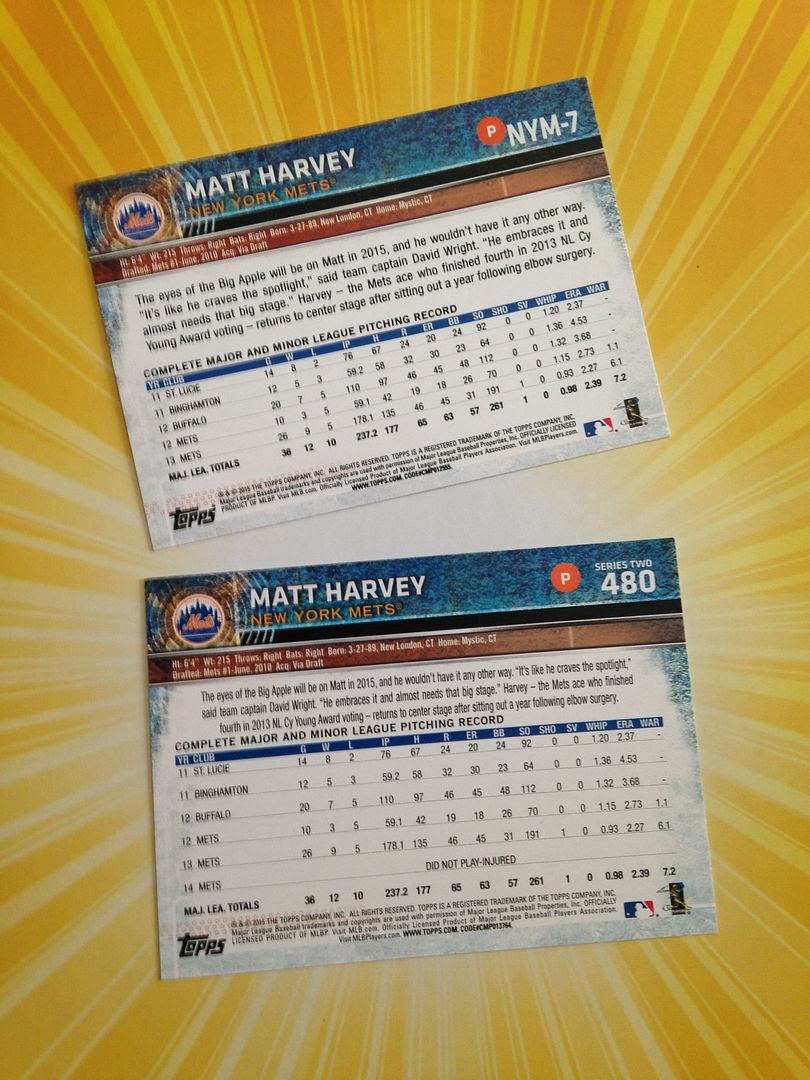 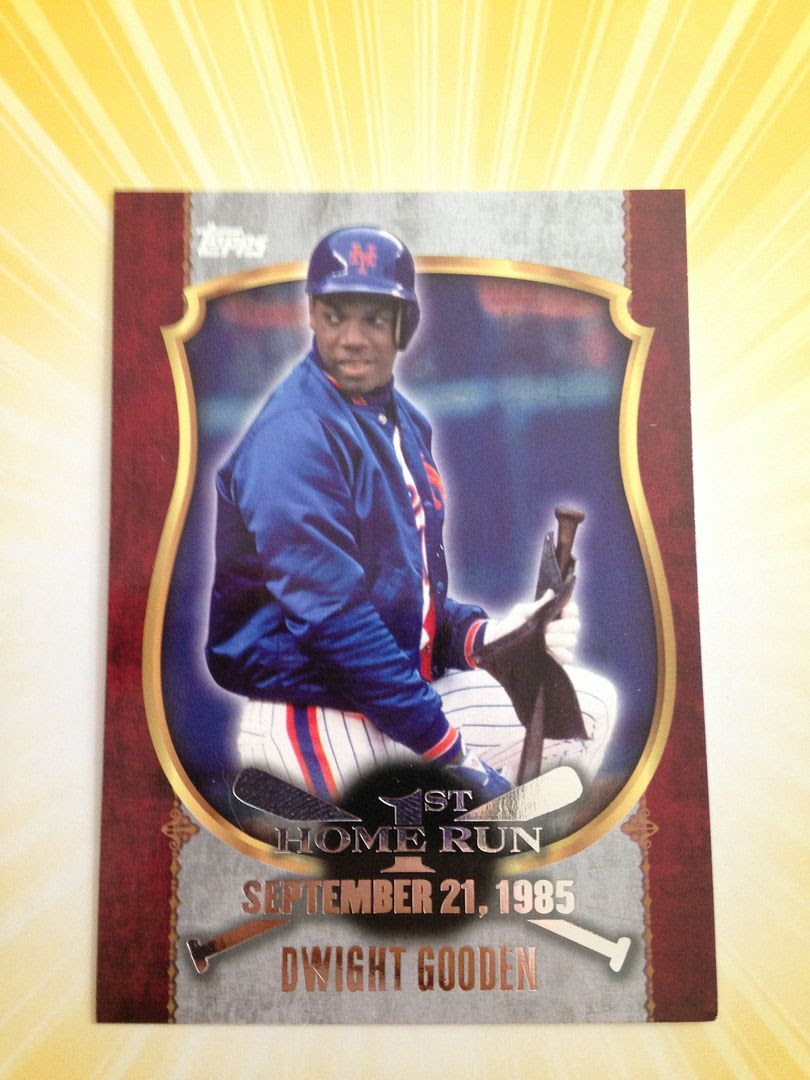 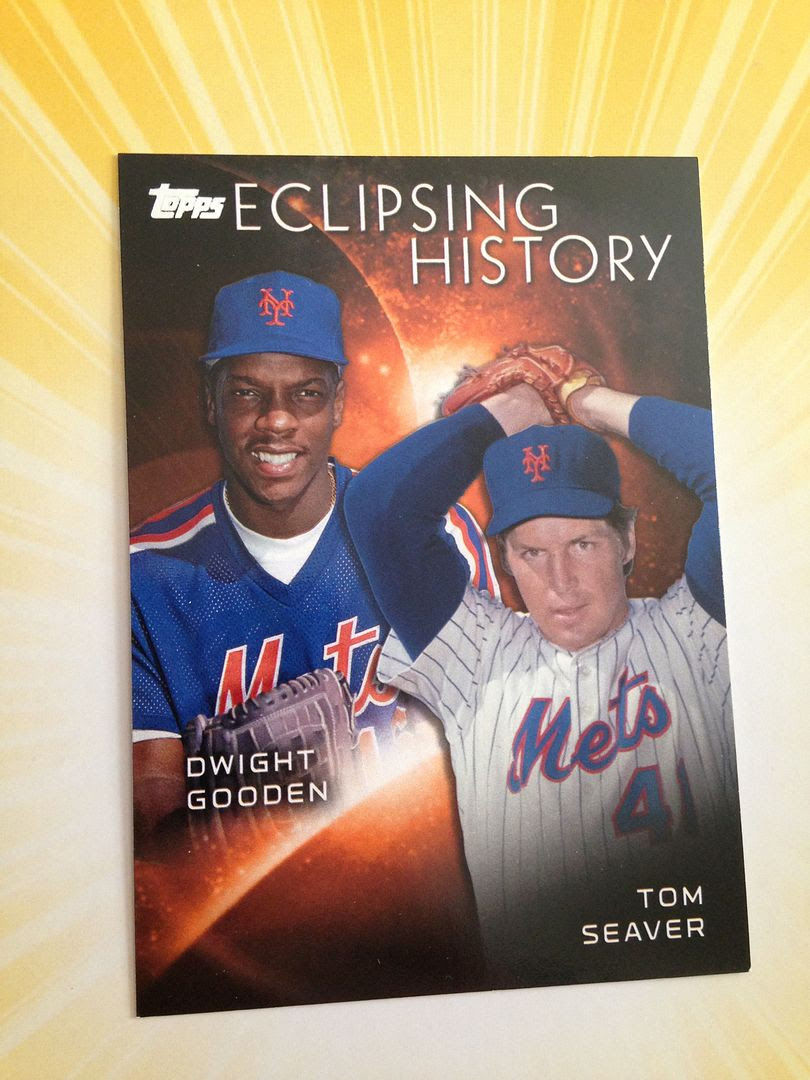 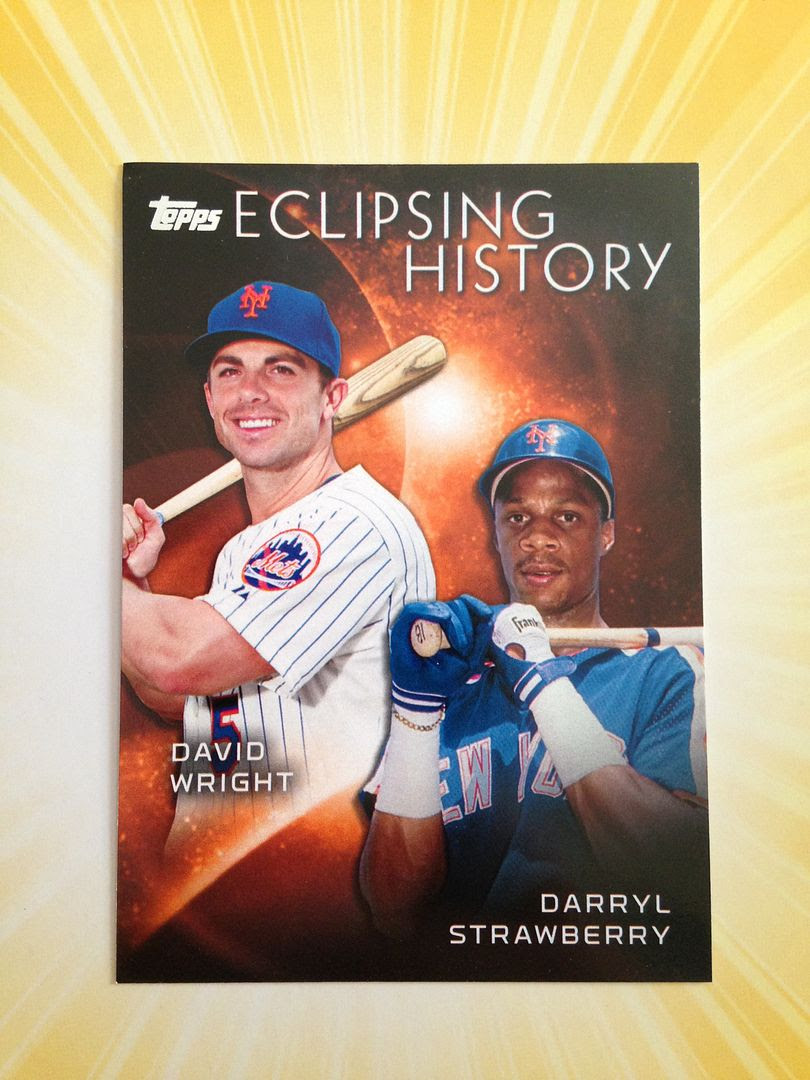 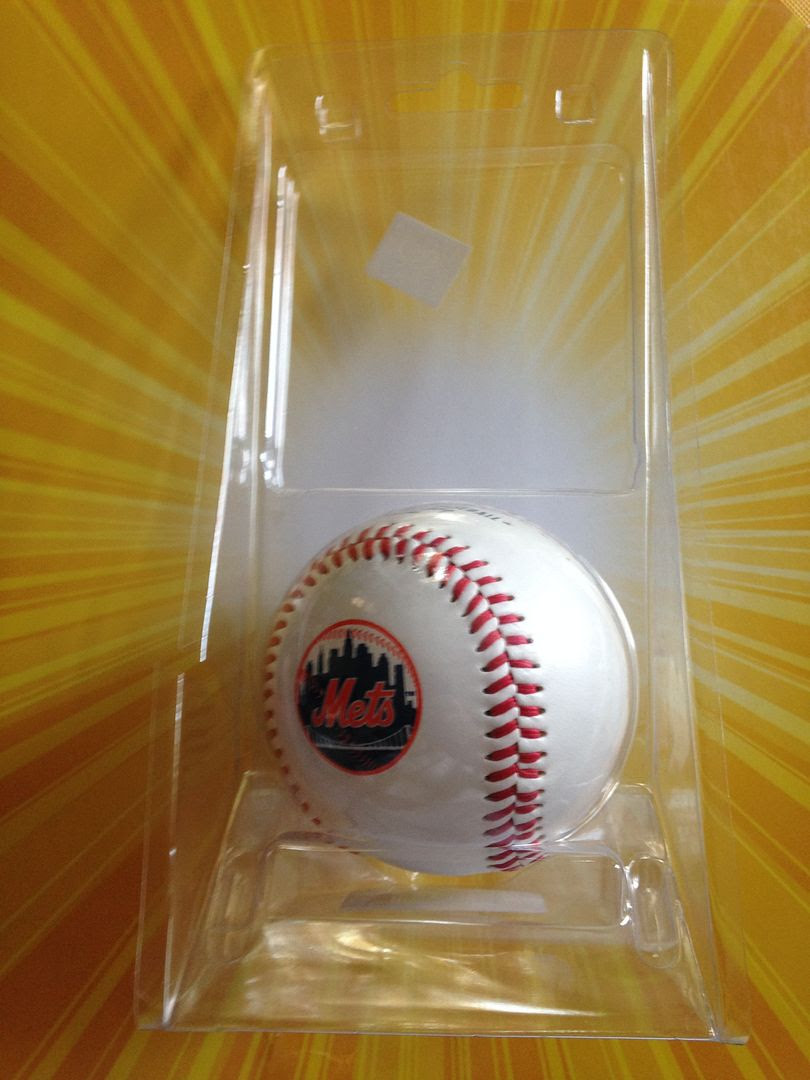 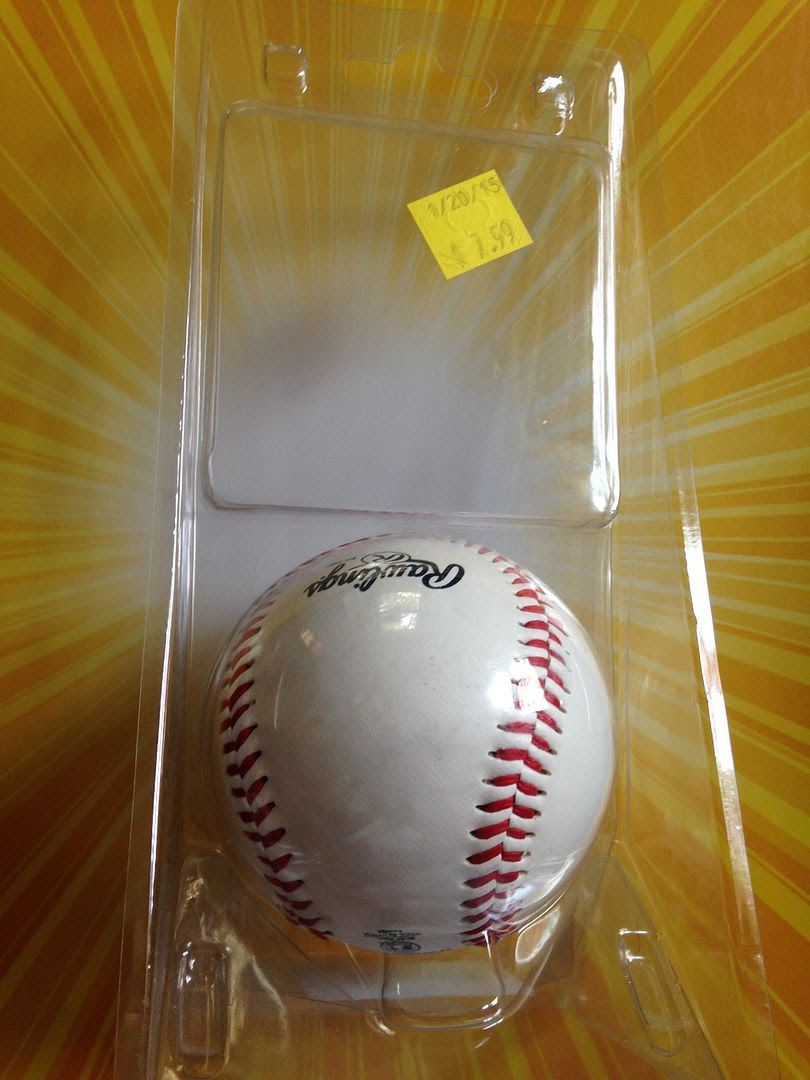 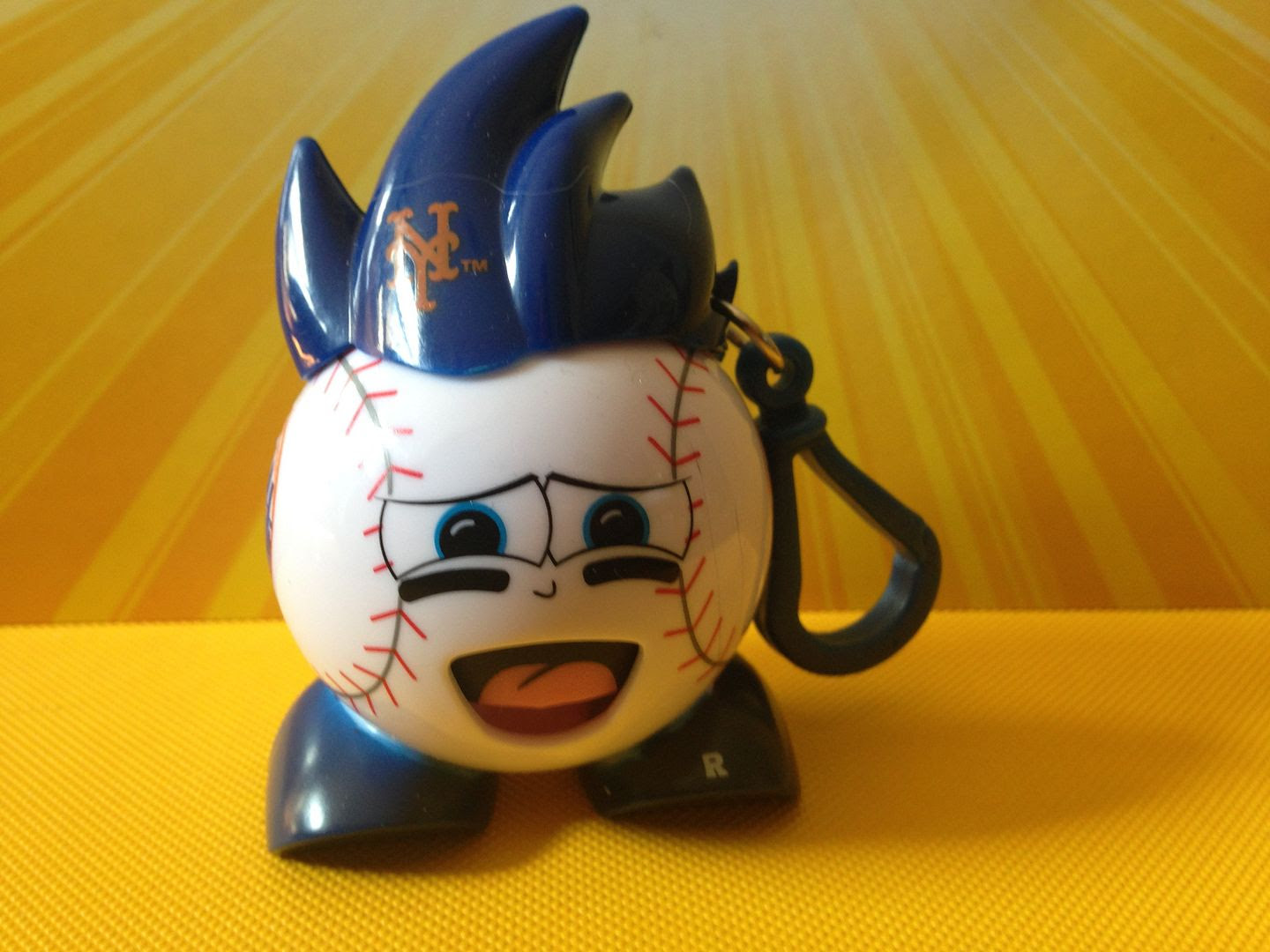 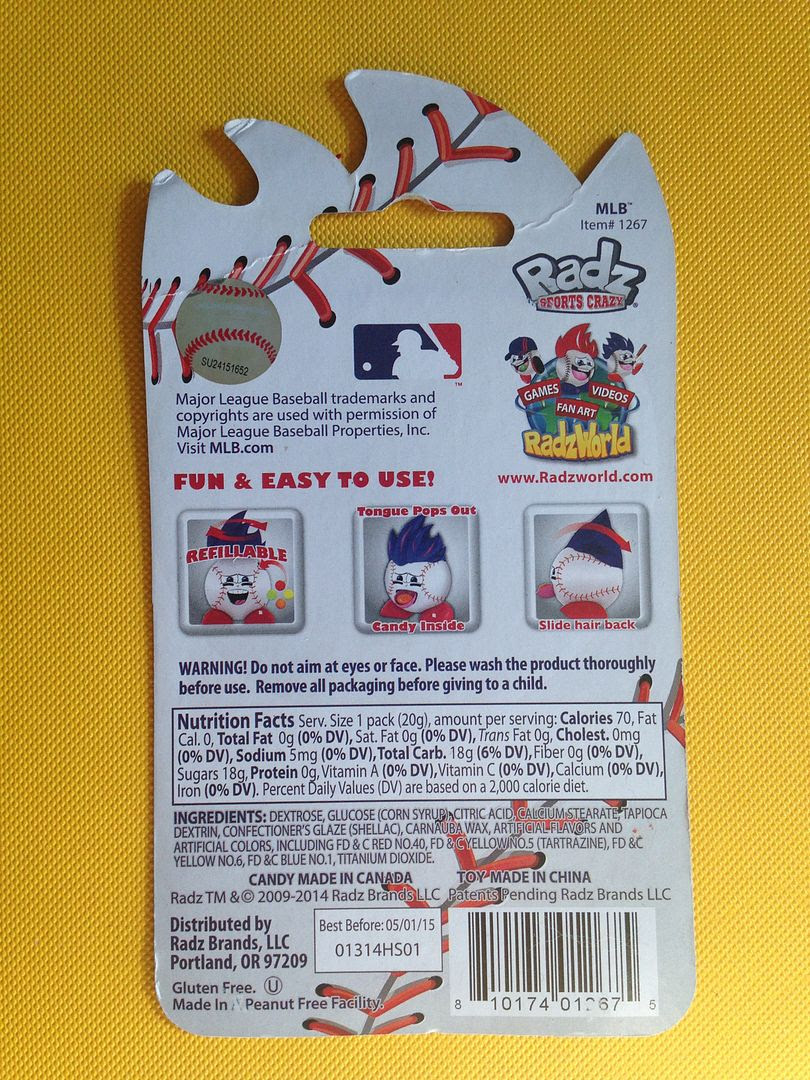