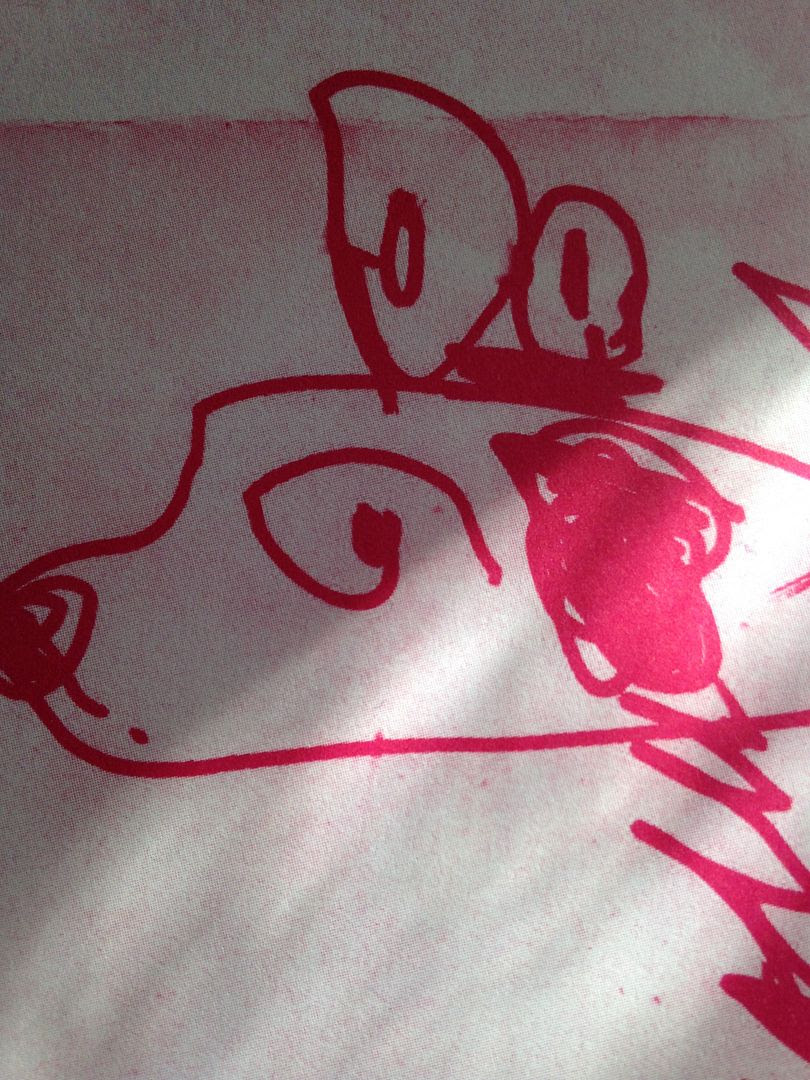 As I look through my posts for Emotional Response releases, I really thought that I had more split 7" records from them but apparently... this... is... my first.    Weird.   But, the two artists on here are one I am most familiar with (Boyracer) and one I am hearing for the first time (American Culture).     It might seem to go without saying, but if you've read this far and you've not heard of Boyracer yet, back up and go listen to everything they've ever made and then come back to read this review.    No, really.   I'll wait for you.

i'm not sure how many nice things I can type about Boyracer before it begins to feel as if I'm simply yelling at a wall.   I've often thought about giving everything Boyracer has ever put out a proper review but that might take some time (Just look at their Discogs page: http://www.discogs.com/artist/103944-Boyracer)  And I'm also fairly certain a review for "Happenstance" exists out there somewhere from back when that came out in 2004, but you'd either have to dig deep digitally, try and see if it is in print anywhere or wait until I buy a floppy drive and go through all my old issues of Nacho Cheese and Anarchy and see if it's in any of those.  (One day when I have nothing better to do- yeah, right- I'll get all of those old NCA back issues online somehow because I'm 90% certain I saved them all on floppy disks)

Catchy, acoustic pop rock is what I would consider Boyracer to be but you should already know that.   What you probably didn't know before listening to this record though is that one of the lyrics which strikes me right away says "Everyone's got a cooler haircut than me".    That's not really true because I don't really feel like I have a "haircut" per se.   I just shave my head when it gets warm like summer and then as it starts to get colder I just let it grow back in until it gets warm again.   There are also two different versions of "Don't Be Scared" and I'm not sure how they differ in technical terms but I feel like the second is less racket and, no, the racket on the first version is not bad though.

The other side of this, of course, is American Culture and what better way to introduce me to new music than to pair someone up with Boyracer.    But, if you're going to essentially team up with someone the caliber of Boyracer then you better make sure that two things are true.   Number one: you can't suck.   And secondly, you can't sound exactly like Boyracer either because, well, we already have a Boyracer and so we don't need another one, right?   Luckily for all of us who enjoy music (Yay music!) neither of these apply to American Culture as they have their own sort of sound which does not suck and is easily distinguished from that of Boyracer.

Through distorted static comes blissed out gaze of some form.   I can hear The Replacements in these songs, sure, but there is only one way to really explain these songs for me, though it might not make much sense.   After "Pinkerton", and maybe even after that green album that they did, Weezer started releasing a ton of music.   Whether you liked it or not, there was always a catchy song or two from each album on the radio as if their ability to put out another album depended upon it.    (Even "Hurley" had "Memories")  So imagine that sort of grand mass appeal (See: "Hashpipe") where you can be played on the radio or for the masses in general but maybe only for a handful out of thirteen songs.

Now on that notion I want you to add in some gritty, dark rock band that you heard once and really don't hear people play like much any more.   For me, that band I always go back to is The Honor System as they are one of my all-time favorites (like, ever) and you have to take that sort of serious, dire and almost going to your dark place tone and mix it with that pop capacity of Weezer.    I don't really have a specific example where you could take a song from Weezer and a song from The Honor System, but if you're familiar with both of those bands then you should have a general idea and, well, it only mixes the best parts of those two so it does come out sounding all right.

As much as I've typed it in my lifetime now, I'll never grow tired of it, but the simple fact is that it's a nice time to be alive in music because there are no more days where a label was known as a "punk label" or a "hardcore label" and they could/would only release one genre of music or face ridicule for releasing something different.   This makes it less surprising for me that Boyracer and American Culture would share a split but I feel comfortable with that because I wouldn't want to simply be like, "Oh, they're both twee bands", which might have happened ten or fifteen years ago for sure.    Don't get me wrong, they're not so drastically different that they couldn't share a stage and if you enjoy one you should enjoy the other but not because of their similarities but rather because of your good taste in fine music. 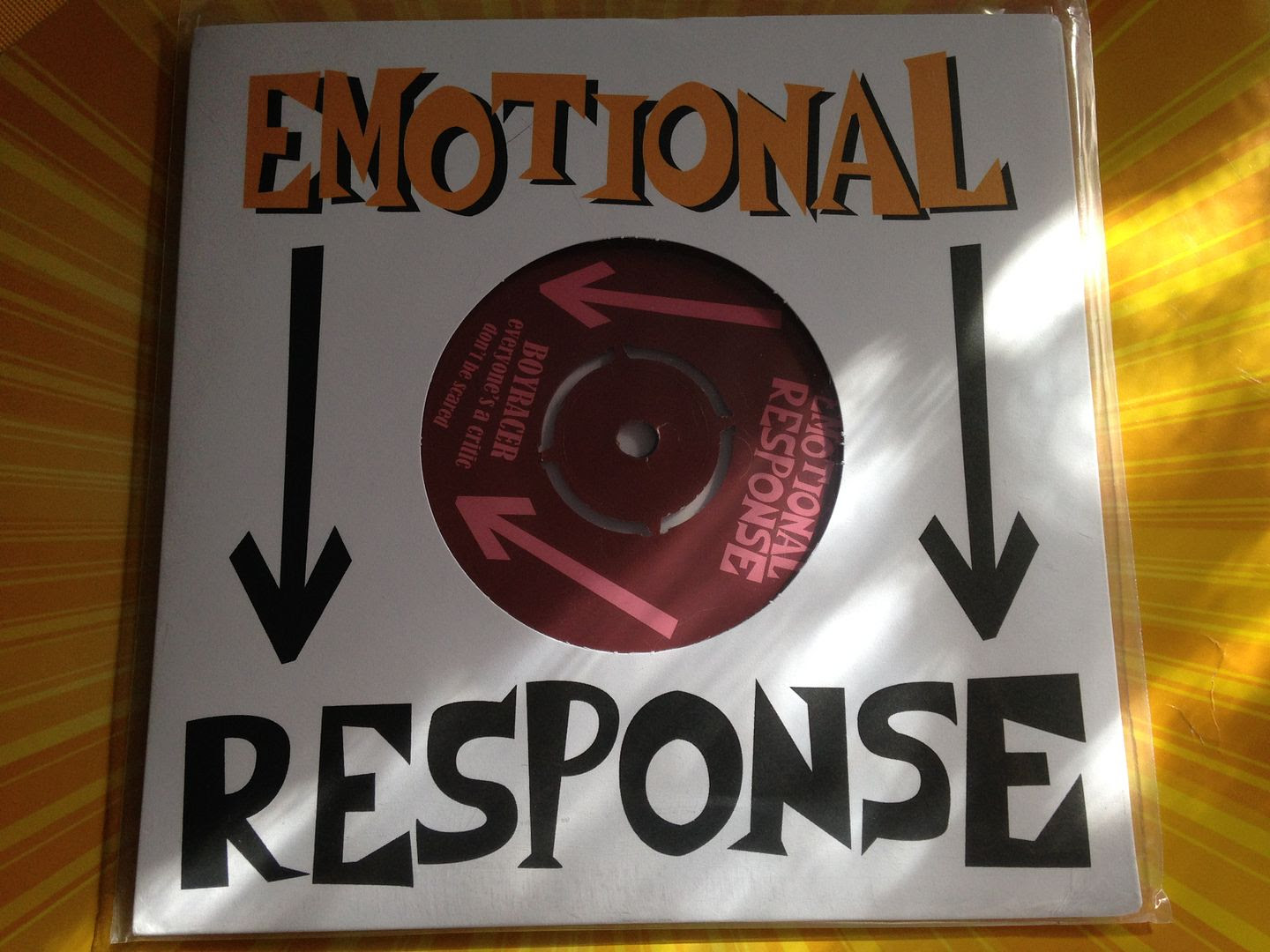 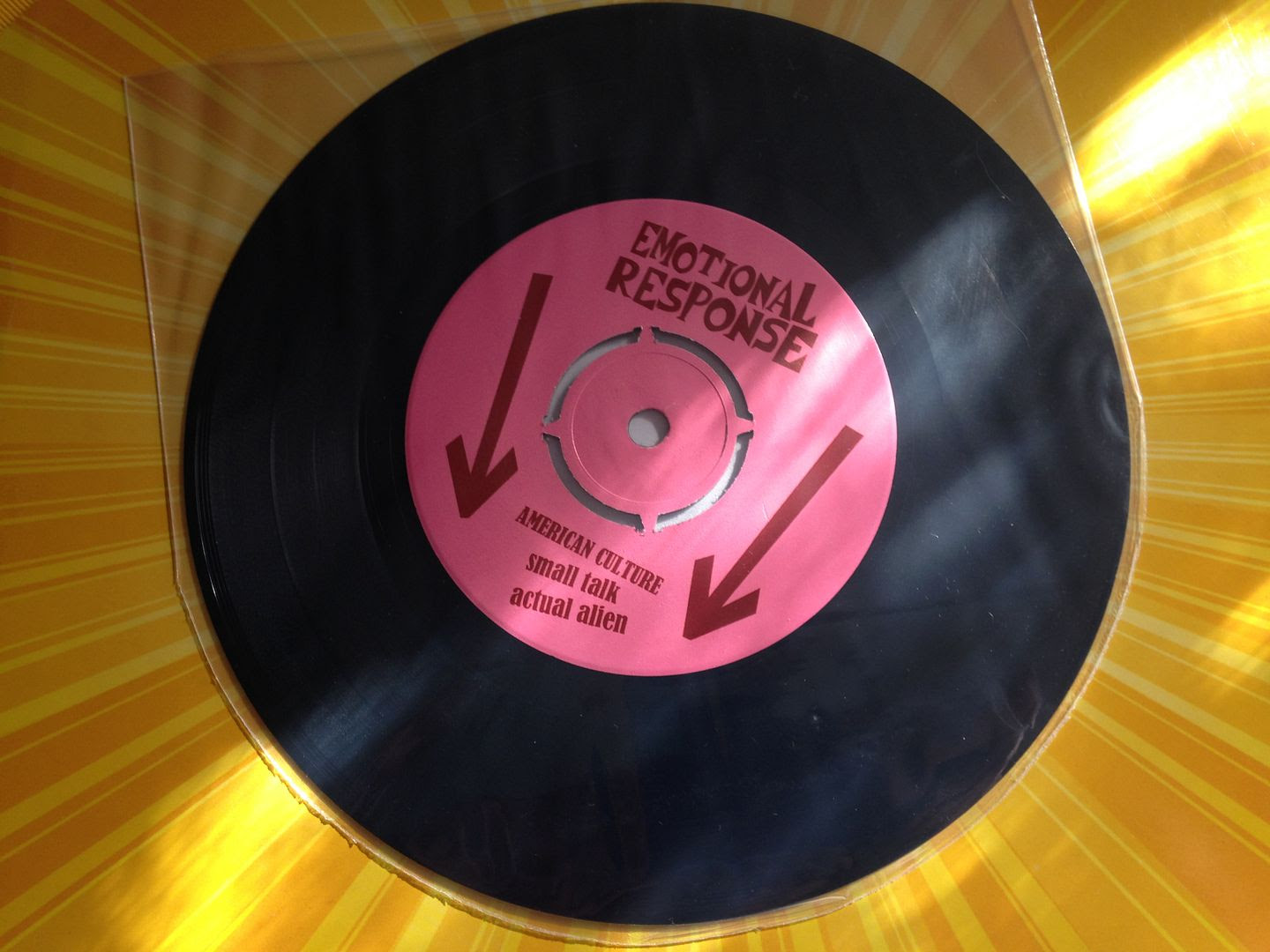 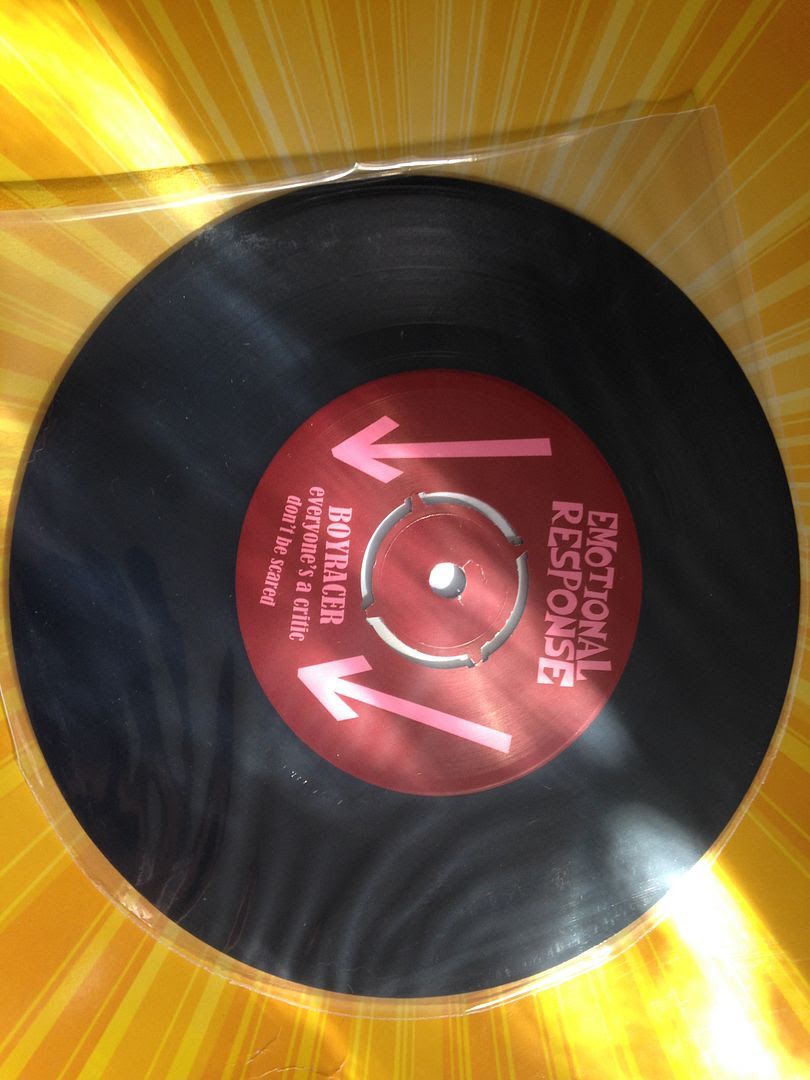 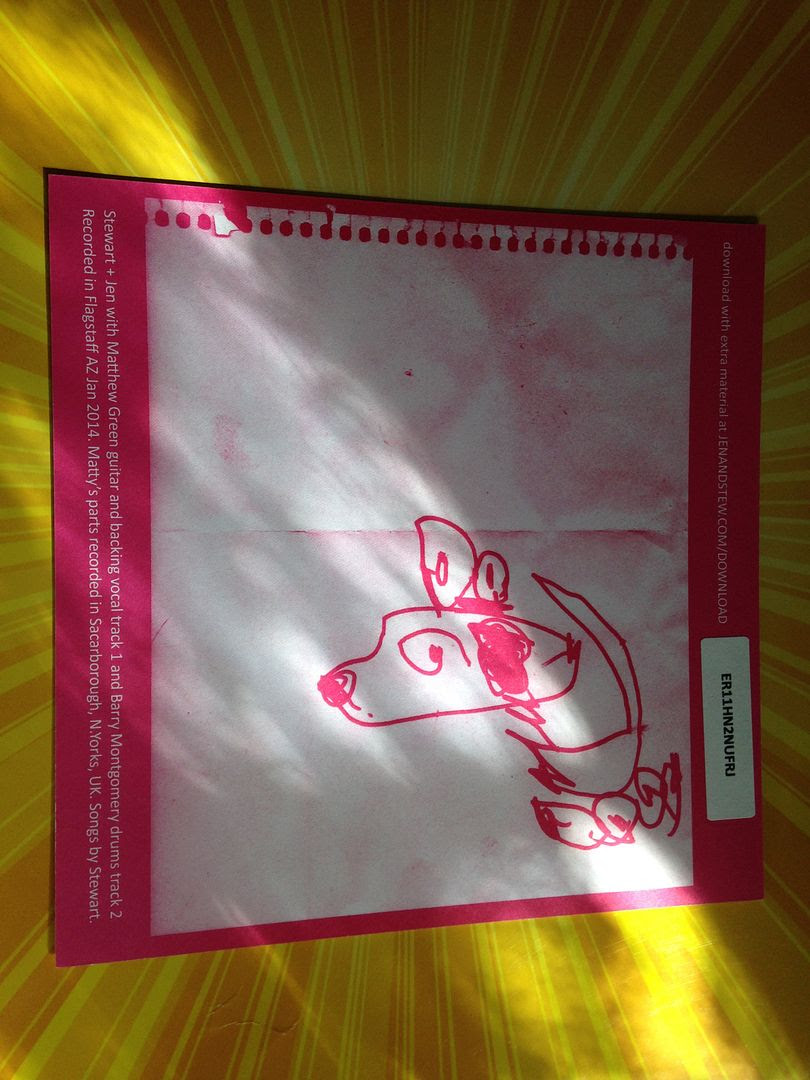 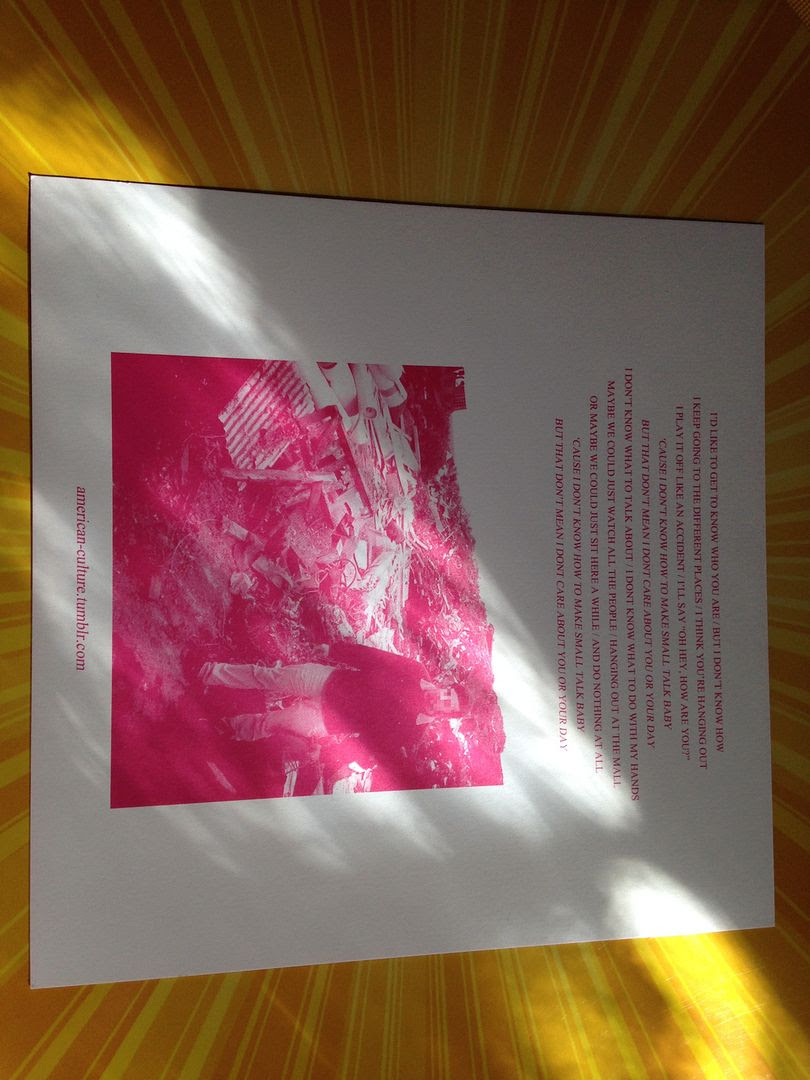