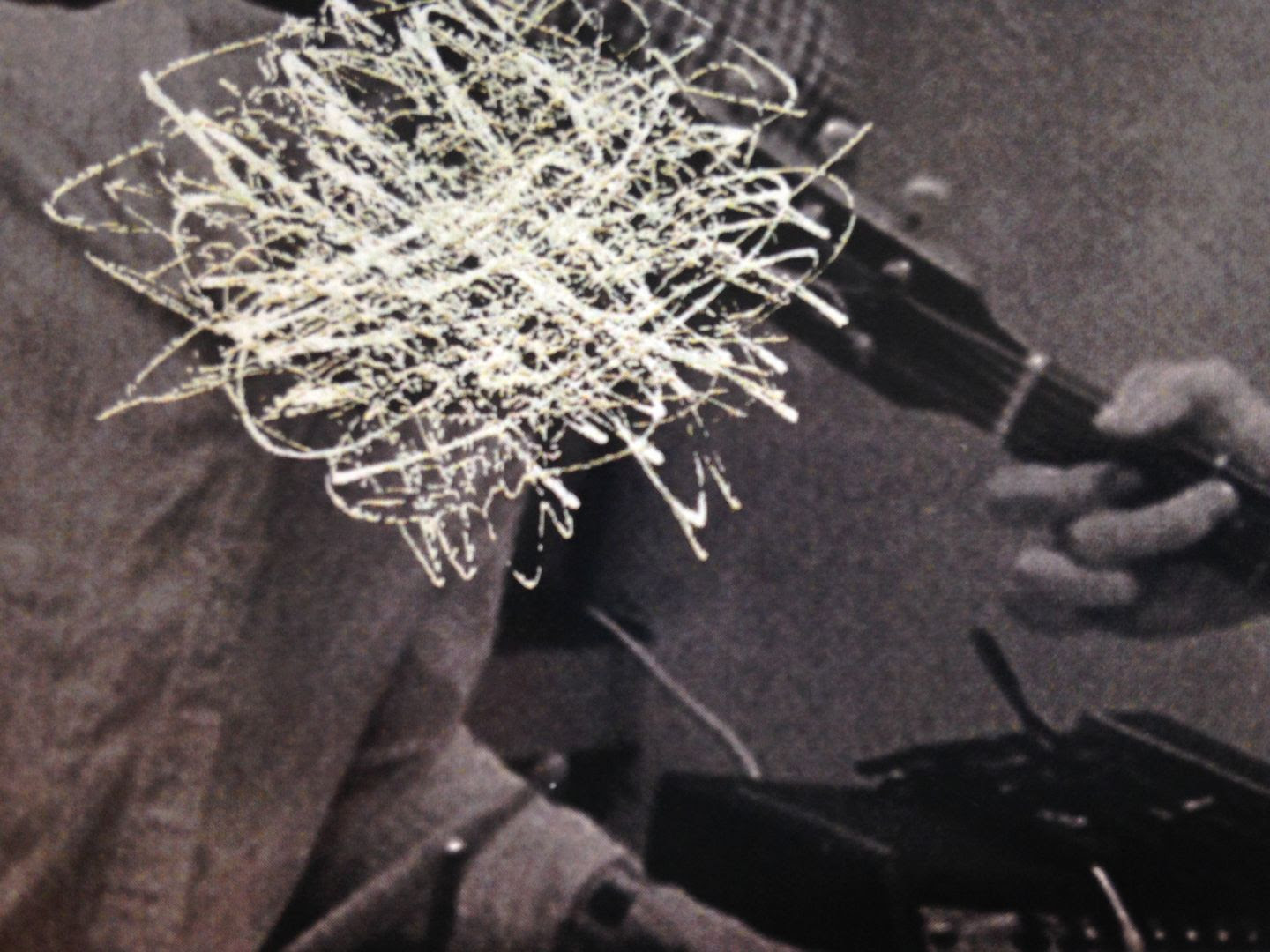 [$6 // https://emotional-response-recs.bandcamp.com/album/the-headless-kings-the-unlikely-return-of]
One of the funny things right away that Thee Headless Kings reminds me of is that in a monarchy leadership is taken pretty seriously.    When you think about politics in the United States and how people fight over different issues so much now because of social media, it's one of those things you don't really think about but imagine if we were in a monarchy and people started calling for "Off with his head!"   I think that would make my visits to Facebook a lot worse, but what can you do?  It's why we are not a monarchy (I think) and as this CD says "don't suck because if you suck then that sucks".

If you listen to this CD ten times you might be able to figure out what's going on exactly, but when you listen to it only once it seems like such a blur.   Thee Headless Kings hit hard and they hit fast.    Their songs can be over before you even begin singing along, but the more you listen to them the more you come to expect it and therefore can begin to understand it.    While there are elements of garage and Buddy Holly in here at times, at the core of it all I consider Thee Headless Kings to be a punk band as they remind me most of the Vandals, Guttermouth, The Mr. T Experience and ultimately more than perhaps any other band the Aquabats.   There is however one Sprung Monkey song out there that I also can hear in these songs, but that might not be of any help in my typing.

The songs are fun and energetic.   As much as I hear that punk attitude (see: River City Rebels) I hear bass lines that sound like they could be along the same lines as "Thriller" if in a different context.   It's just the type of sound that you know the band involved is going to have a wild live set and most bands don't maintain this type of energy for an entire album but not only do Thee Headless Kings do it they manage to do it while keeping their musicianship alive as well (As these songs aren't simply a matter of "play as fast as you can")

While the CD opens with the song "Art School Kids", which explores the ideas of what the title says and has that tongue in cheek attitude about it, the songs after that somehow seem to take themselves more seriously lyrically, even though things can be heard such as "Why can't you just leave / why can't you just leave him alone" and "I wanna push you out of my arms" (which is also the title of that particular song)   When you consider those songs though, which are catchy and should be what have you coming back for more because then on the third or fourth listen you can sing along, there are these other songs which are a big factor in making this CD so great, songs like "Bang A Rang!" and "Punchline".

Typically I feel badly about saying an piece of music seems like it's all over the place, but Thee Headless Kings does seem to be like that in some ways.   They have limits, sure, so they're not really *all* over the place but they do tend to jump around more than other artists.   The best way that I can think of it is as a band being like a super ball.    Most bands, in terms of genres they explore, when and how, are a super ball trapped inside a shoebox-- they stay pretty tight within their limits and all that.   But Thee Headless Kings are like a super ball bounching around a small room, like a second bedroom perhaps.   They're not given as much space as, say, a gymnasium (and that would likely be a mess), but they do have more freedom than most other artists and I do like that about this CD perhaps even most of all. 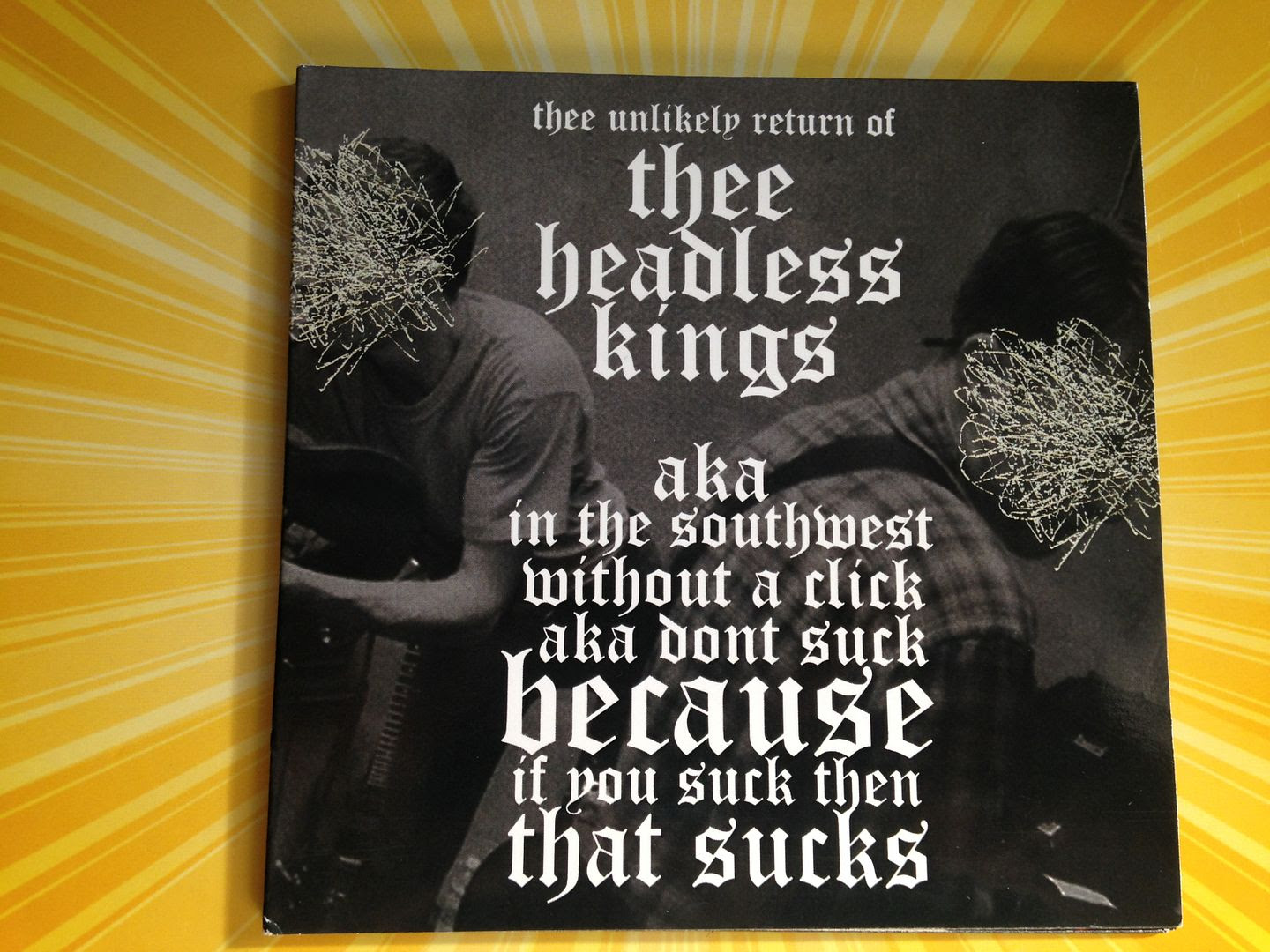 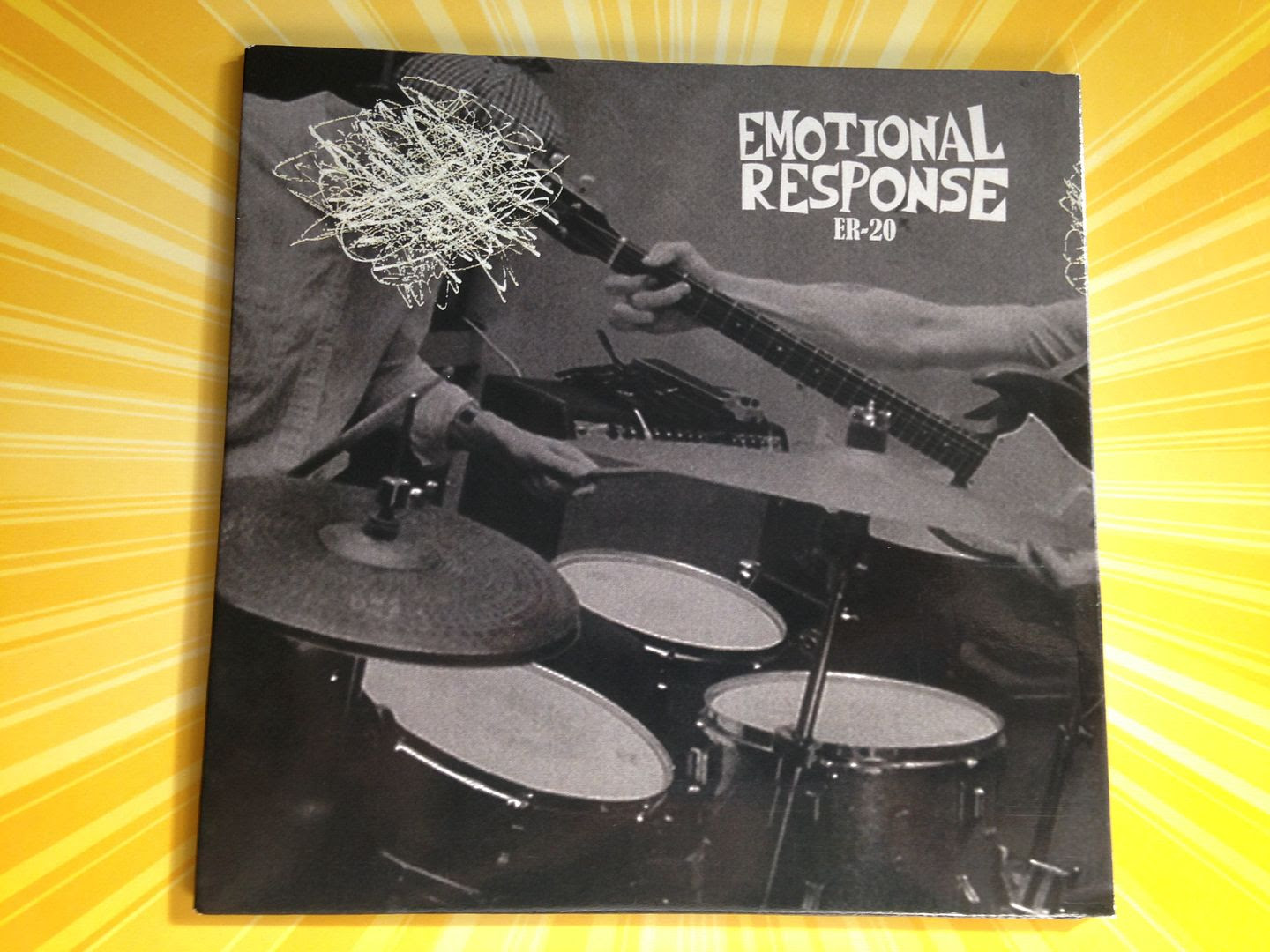 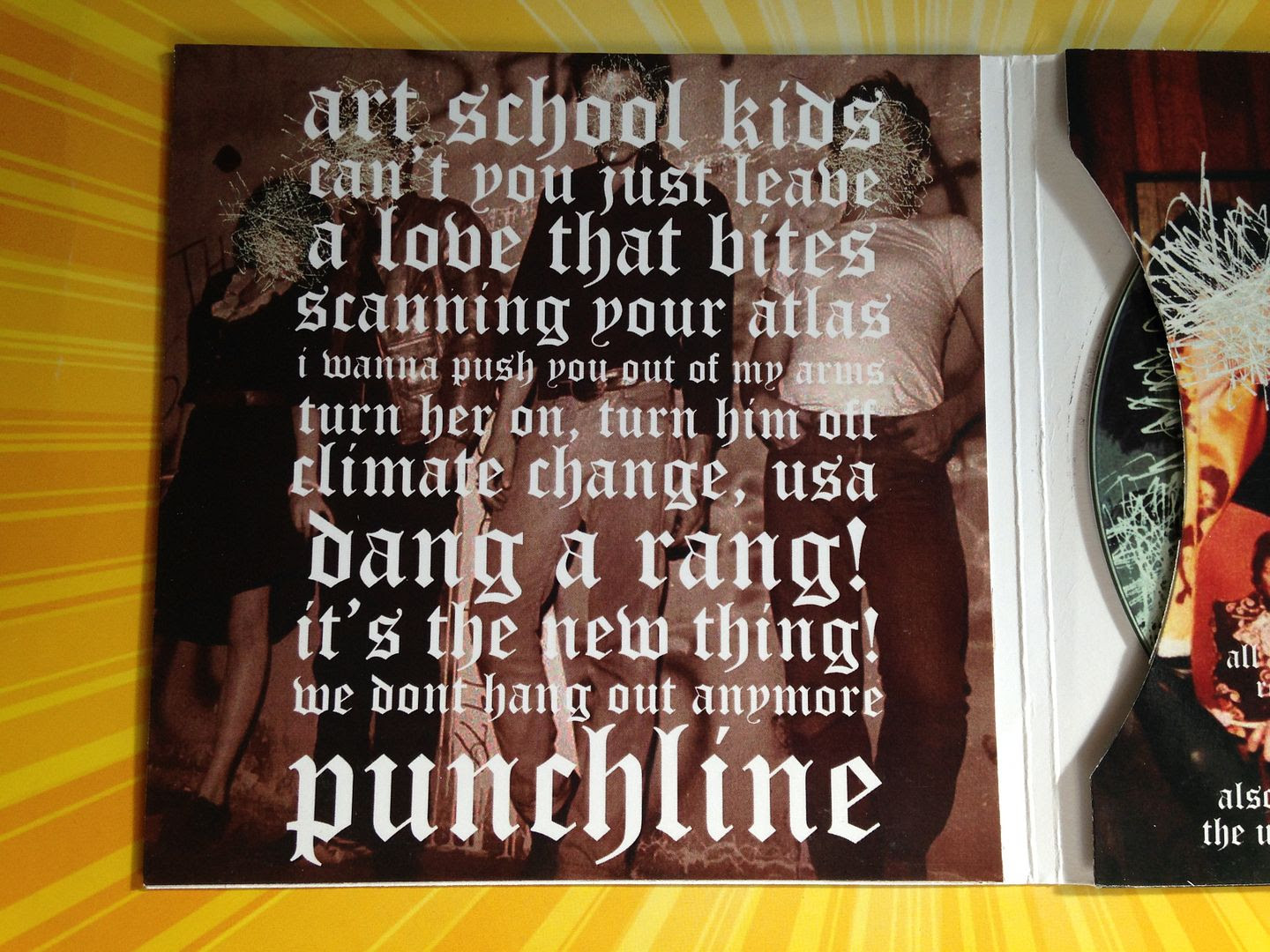 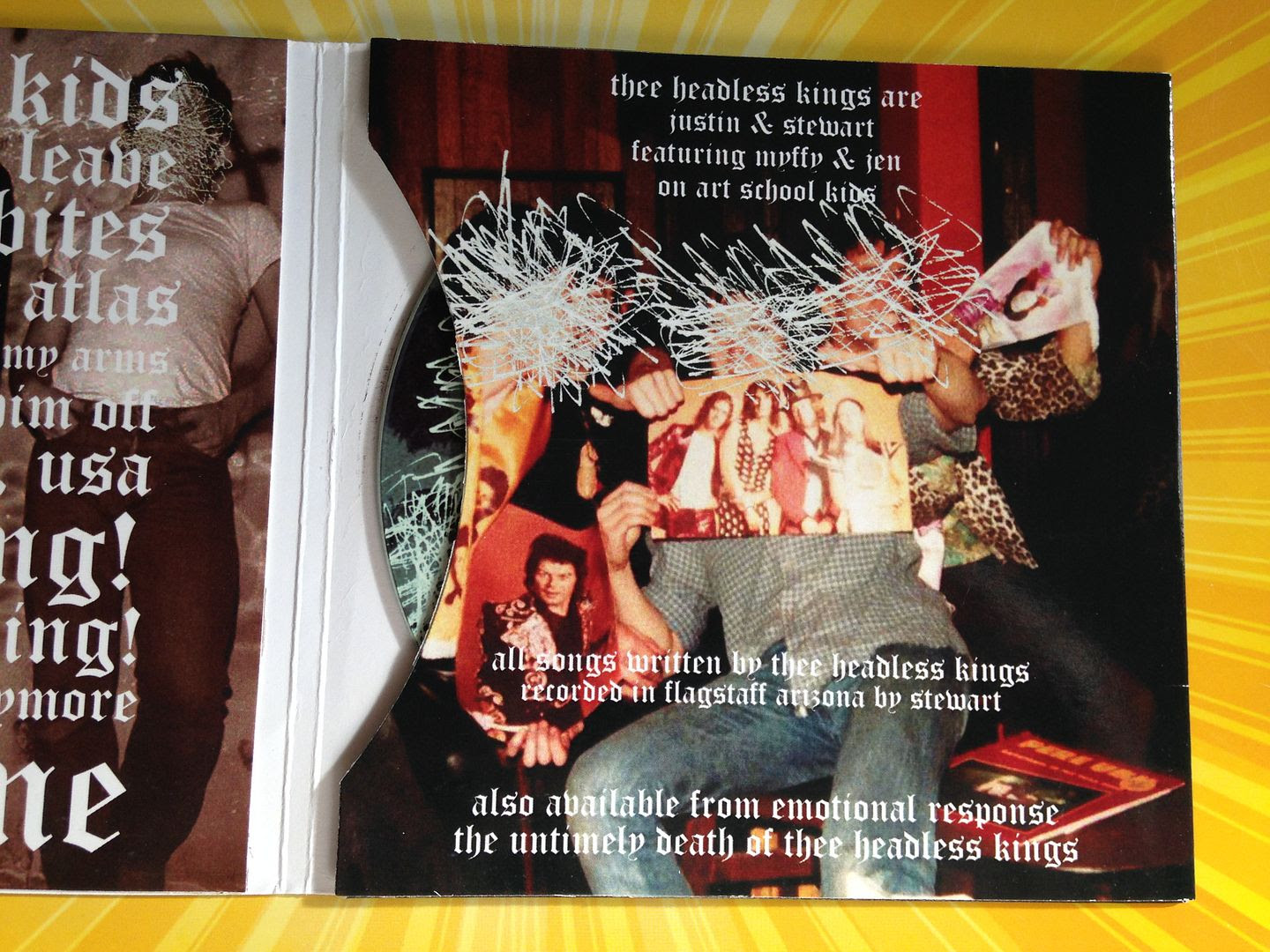 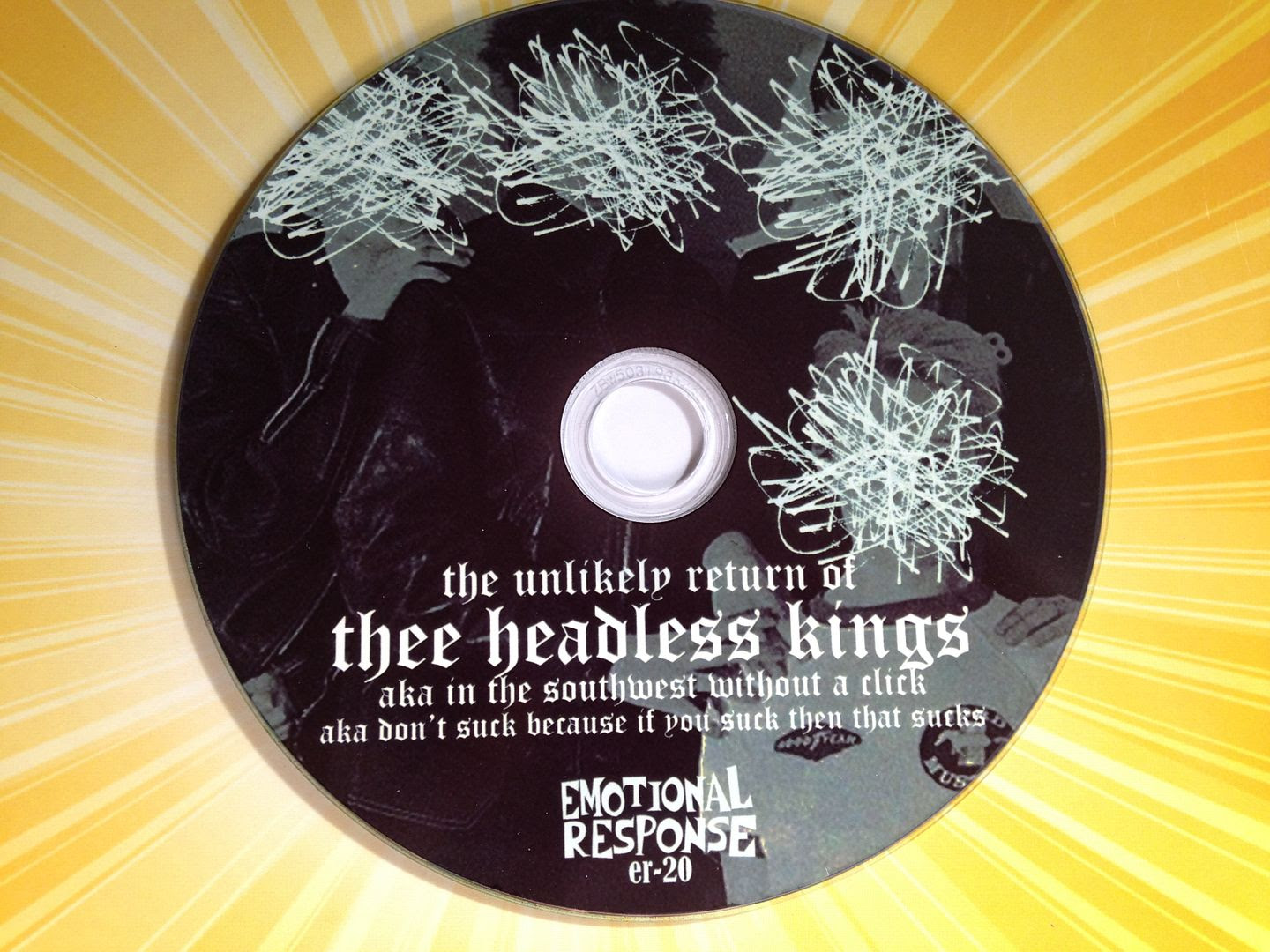