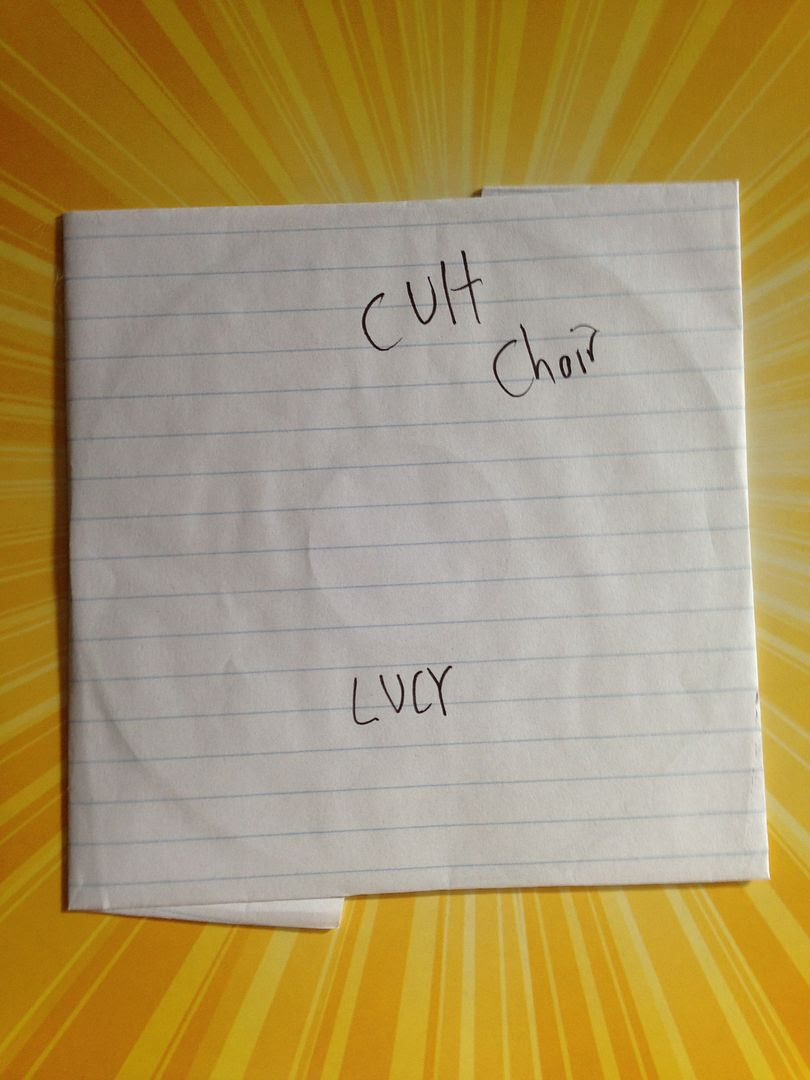 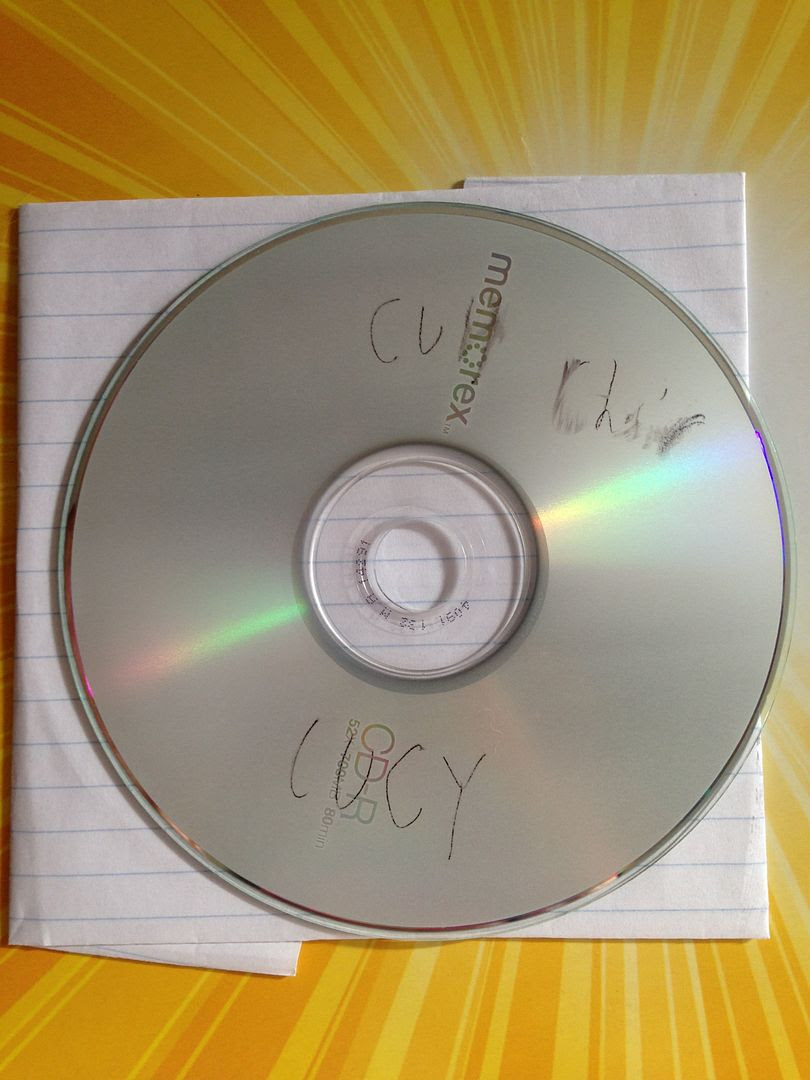 [Please Note: This is actually a digital only release by Cult Choir but I was sent a CD as pictured below to review so while it technically does get a "CD Review" you likely cannot purchase it as a CD unless enough people say they want one and then someone makes one or you make your own]

When I got this CD I didn't know what to expect.  I thought maybe it'd end up on cassette or at least with a proper CD release but as of right now it has neither.   If it does one day, I will be happy but for right now I just have to go with what it is.    I also didn't find this on the Cult Choir Bandcamp page which is weird, right?  I think it's because it's an exclusive to Golden Ghost Records though and so you can only get it from them since it's digital and all as well.

In any event, these songs by Cult Choir have a vibe to them that is somewhere between dark pop and indie rock.   There are pianos and sometimes the piano notes seem dark, but then there are also upbeat melodies and the feeling at other times can just be sort of acoustic and down.    It's hard to think of a comparison for this because it's this rollercoaster of emotions but on one level it has this definite EFS quality to it just because of the way I felt when I first heard his songs and how I still feel about them now-- where they take you to that sad place but not too sad of a place, just like a relatable sad.

This becomes mixed in though with some cross between Phantom Planet and The Dismemberment Plan as there is sometimes a full band feel and it just has that standing out on its own appeal where it can be dreamy like Buddy Holly, the theme song to the "Love Boat" or Neon Trees all at once and for a short moment.    This also takes place near the end, as a song such as "Surely" can remind me of either that "Teen Angel" or "Earth Angel" song from so long ago.    It is interesting to hear something like seventy years of rock n roll music put into one album but Cult Choir somehow does it without sounding like a compilation and instead crafting a new sound.

What strikes me as perhaps the most odd characteristic of this CD is that the vocals are never afraid to get a little bit of soul.   It has that R&B sound to it at times.    In some ways it makes me think of that genre of musicians who are most unfortunately dubbed "PBR&B" even though they're usually on the other side of the room as this rock music and so to hear that coming out in here- even just a little bit- is something I've not heard before (Maybe the band Showoff once came closest to it years and years ago) but it is definitely a nice sound.

If nothing else- and you should be rocking out to this one- you need to listen to the songs on "Lucy" just to hear the lyrics.   Many musicians can act as storytellers- a lot of country and folk singers do it because they don't always feel the need to rhyme.   But then there is that pop aspect when you rhyme of keeping it simple which it feels like most people could do with a rhyming dictionary.   Cult Choir manages to take lyrics which tell stories and have them rhyme and get stuck in your head at the same time but not in the way which they seem so simple like rhyming "boy" with "toy" but much more complex and thought out as if a real writer.    Other musicians need to take notice that this is currently setting the bar for lyrics everywhere no matter what you're singing about.

Posted by Joshua Macala at 7:10 AM