Originally, this CD was released along with a book and the music on it was to accompany the book.    However, though editions of the CD remain without the book I'm not sure how I would feel about listening to this with a book.   It would kind of be like cheating, like when you see a movie before you read the book so your mind doesn't have to come up with a way for the characters because it's already been presented for you via someone else's visions.   So while it was nice that this came with a book once, it's much more fitting for me to listen to it with my own thoughts and no outside imput.

When you think you've heard everything Bob Bucko Jr. can do with a guitar, he releases something else and you are quick to change your mind.   Granted this was released back in 2013, but hearing older music for the first time makes it new in some weird sort of way that I like.  (And I don't generally like prequels, but I do like finding older music by artists after I hear their recent works and enjoy them)   Everything from the sound of Godzilla coming to the likes of R2D2 can be heard within these songs.   It's not really ever to a point where you can know what to expect when BBJr. has a new piece of music out ("New" being a relative term again) but I do enjoy the surprise of it all.

For some reason the title of this CD- "All Junkies, No Dealers"- makes me think of this meme I once saw where some person had an accident and someone else asked "Is there a doctor here?" and everyone around said that they were a DJ.    It might not be as true now as it was back then, but for a while there I felt like everyone was giving up their real jobs to become DJs and I could imagine a world where all anyone wanted to do was spin records (No laptop DJs please)  But can there really be all junkies and no dealers?   It's one of those which came first the chicken or the egg questions to me because in some ways without dealers, how are there junkies?   True, you could make your own meth if you wanted to, but after you do so much of a drug so as to qualify as a "junkie" I think your powers of being able to create it are gone.

But I also look at it as some sort of vague reference to the music industry.   Most "record labels" have disappeared or become shells of their former selves.   Sure, Flaming Lips is keeping Warner Bros. afloat, but what you have to realize is that there are so many bands out there releasing their own music, booking their own tours and gaining their own fans without the help of really any labels let alone a major label.   When I was in my teens, if you wanted to be heard in music you had to get signed to a record label- that was the rule.   And then smaller labels began working relationships with larger labels until it all just kind of exploded and now sometimes self-promotion can be stronger than the million dollar (I assume it's still that high?) record industry.    Plus, I'd rather by a record an artist made themselves than something put out by a major label because "it's cool".

I don't know where I was going with all of this as I seem to be a bit sidetracked now.  I have a fever so I'm not sure how much of this is going to make sense but what you need to know is that the music of Bob Bucko Jr. is good.   If you say "Here's a CD with a book" and then you don't have the book but the CD can stand on its own two feet then you know just how good it is.    And BBJr. is that good. 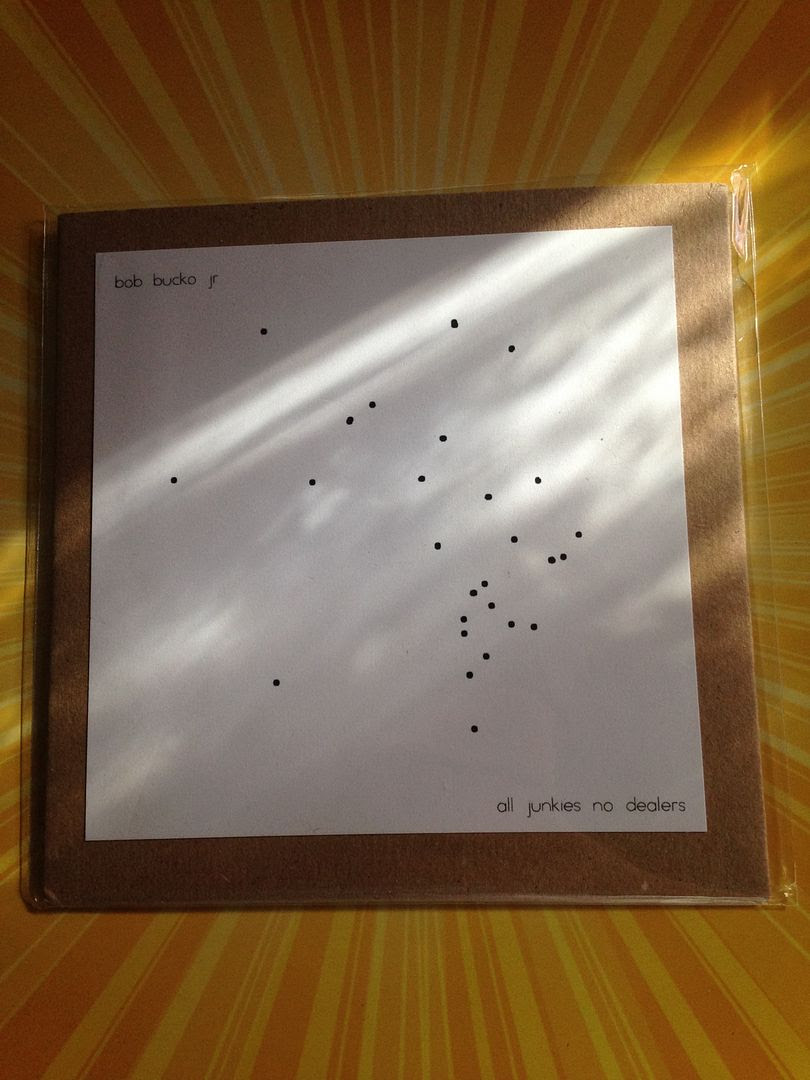 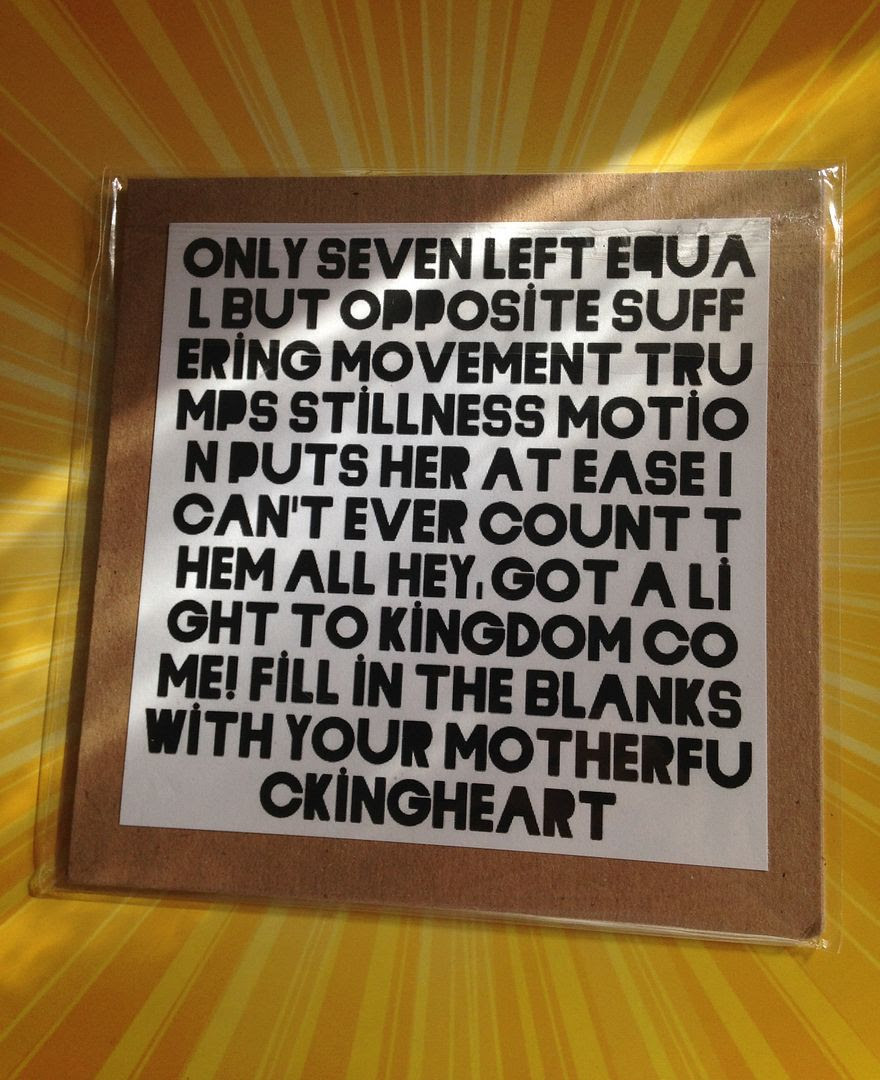 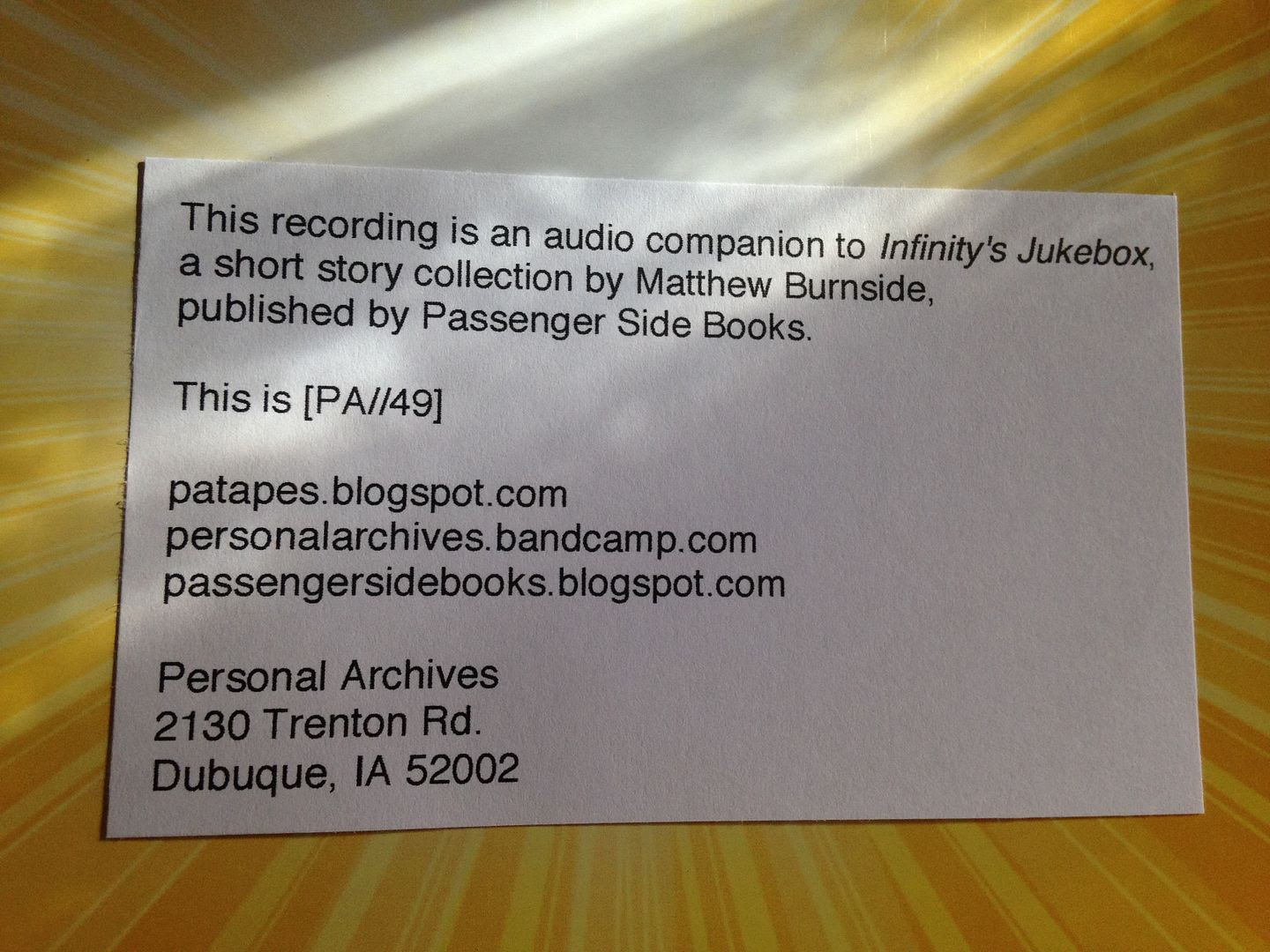