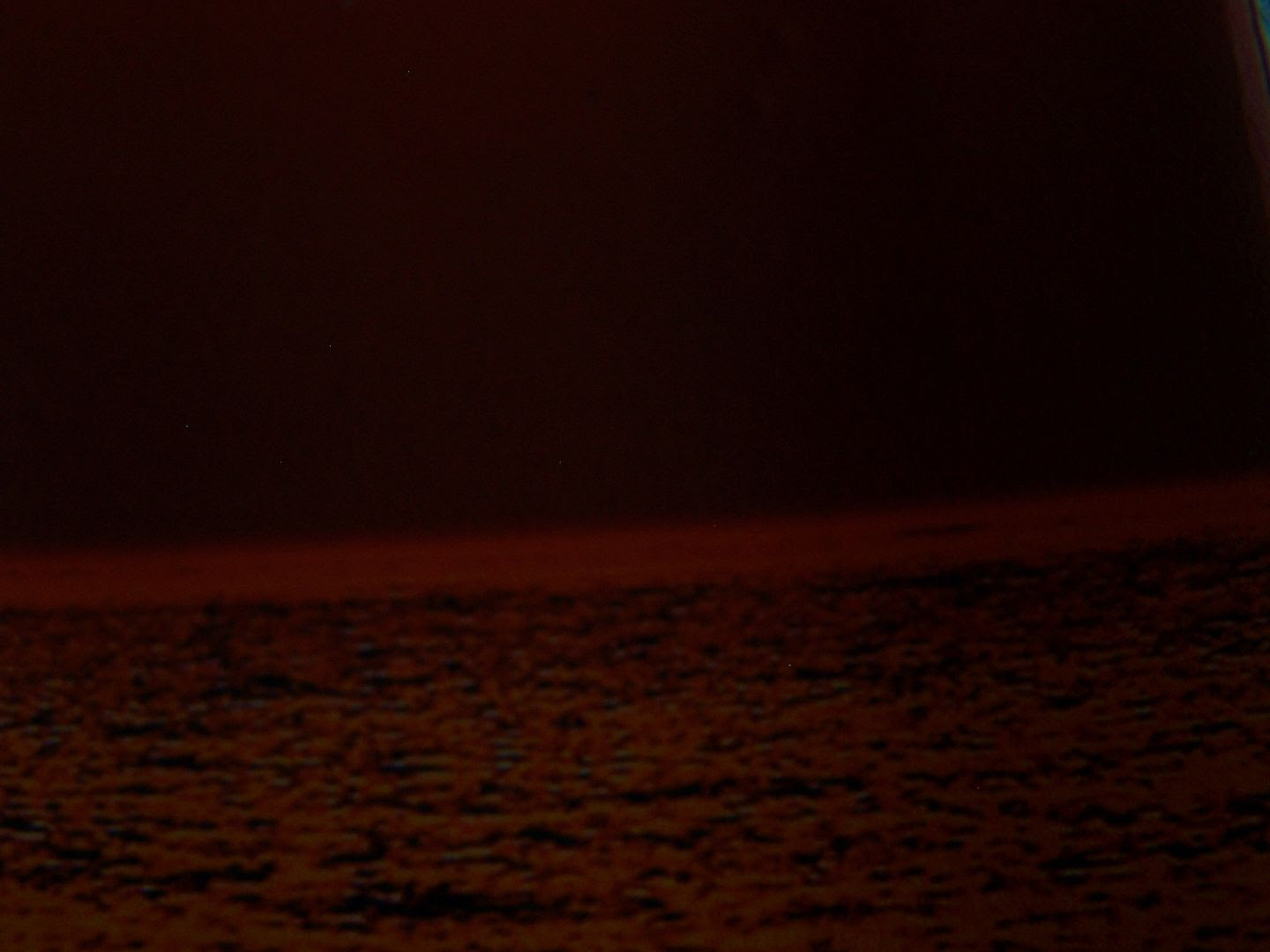 Whenever I listen to a cassette enough times to sit down and write a review for it (or even sometimes before if I have time because it's called being prepared) I go into a document I have saved on my laptop and put out what becomes the subject of the review (Artist name/Cassette Title/Label if there is one) and then I also make the secondary line which is usually the price, edition of and link to where this cassette can be found which probably 90% of the time goes back to Bandcamp.   So what do you do when there is no Bandcamp to go back to but there once was?    Look, I'm not here to get into a big story about this- though I might one day- but basically the end result of the story is that Viranesir got kicked off of Bandcamp rather abruptly.    You can be offended by them or you can promote freedom of speech but the fact is simply this:

Censorship.
Does.
Not.
Work.

And do you know why I know this?  Because I cannot link back to Bandcamp for this cassette.   If someone is making music that you just think is so vile and offensive then just simply let it exist.   People can talk about it and say things like, "This guy sings about things which degrade women so don't listen to his band" and then hopefully people can catch on and the band will slowly begin to go away when they realize they are making music for no one.  (For the record, "music for no one" is the name of my next album)  But the thing is, I could say "Oh well, this music is so offensive!" or I could say the opposite and send you to Bandcamp so that you could decide for yourself.   But that can't be done now simply because Bandcamp- who should be impartial I'd think- simply wiped the slate clean as if Viranesir never existed.   If that's not bad enough- if you're not upset enough that Bandcamp is taking away your right to choose what offends you and what doesn't and is instead deciding for you then what you need to also realize is that this cassette is a split with a band called Survival, who do have a Bandcamp page their own but this cassette does not appear on it.    So now we have another artist suffering because of something that Bandcamp decided was best for you without ever asking first.   Thanks, Bandcamp.

But I cannot make this whole review about Bandcamp and their problems because we all know that they have them so I'd rather type about the music and the somewhat happy ending to this story because as it turns out all of the music is now being streamed and sold through the band's label and, you know, if every band opened up a website or could find a label or at least a similar place to go (Such as if all metal bands shared a site that was like a virtual label but not really) then Bandcamp really could become obsolete and in many ways artists would be able to cut out what is a somewhat unnecessary and now annoying third party in Bandcamp.    This could become the start of a slow trend as we see bands move away from Bandcamp and onto their own grounds.

The music itself (as if we're forgetting the point here) is somewhere between metal and darkness.    Hints of Motorhead come out and, I mean, really this is the type of music that used to frighten parents and conservative rights groups back in the 1980's and even maybe the 1990's, sure, but in 2015 no one should be offended by this music as there is just so much of it out there (METAL!!) that you can't pick and choose a band to isolate and punish.   But, alas, I don't think their punishment was for their music even though I now think of Viransir along the same lines as Ozzy and the such.    But the music- dark, brooding metal- is just on the top of its game and so despite all of the controversy surrounding this cassette you really should be listening to it simply for the musicianship.

Survival- who just seems to be along for the ride here- has a bit of a hardcore punk sound to them.   They're somewhere between something like Ignite and a band from the early days of Fat Wreck Chords, where they would have had those more hardcore leanings than other bands you would hear and think of as being obvious punk.    Though Survival isn't afraid to deal the metal hand, as the songs can also bring about hints of something like Bullets & Octane just without that sort of country twang.   It is something which is heavy enough that I feel if you enjoy one of these two artists you will enjoy the other but they do sound distinctly different.

I'd like to give you some kind of final, go home speech about how Bandcamp shouldn't be allowed to push around its artists and if Bandcamp didn't have artists to push around it wouldn't exist and so you should promote this split cassette and these artists simply because they are going against that Bandcamp grain.    But the fact is, if none of this had happened otherwise, I would still be telling you to get this split cassette just because of how amazing the music is.   If it was still on Bandcamp I'd feel just as strongly about it as I do right now and I'm not really mad at Bandcamp anymore so much as I'm sad because they're losing out on this great music. 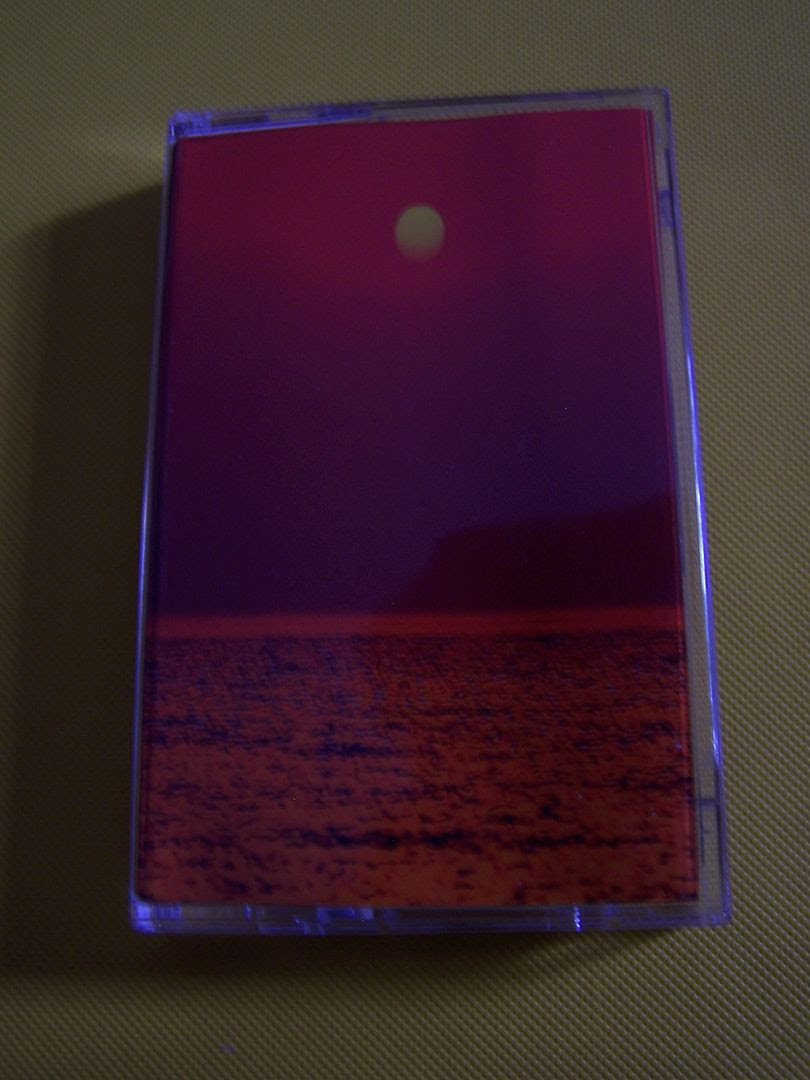 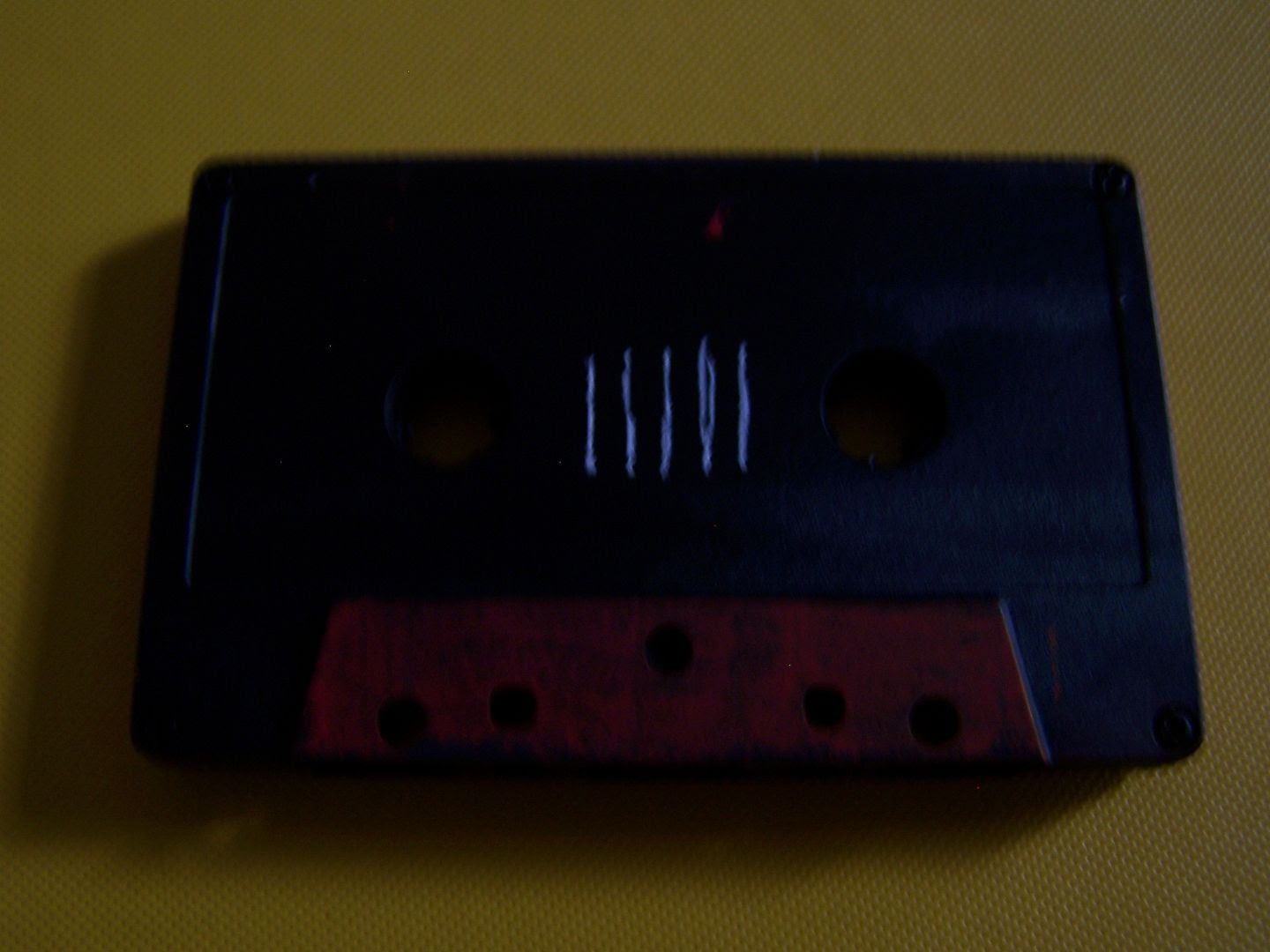 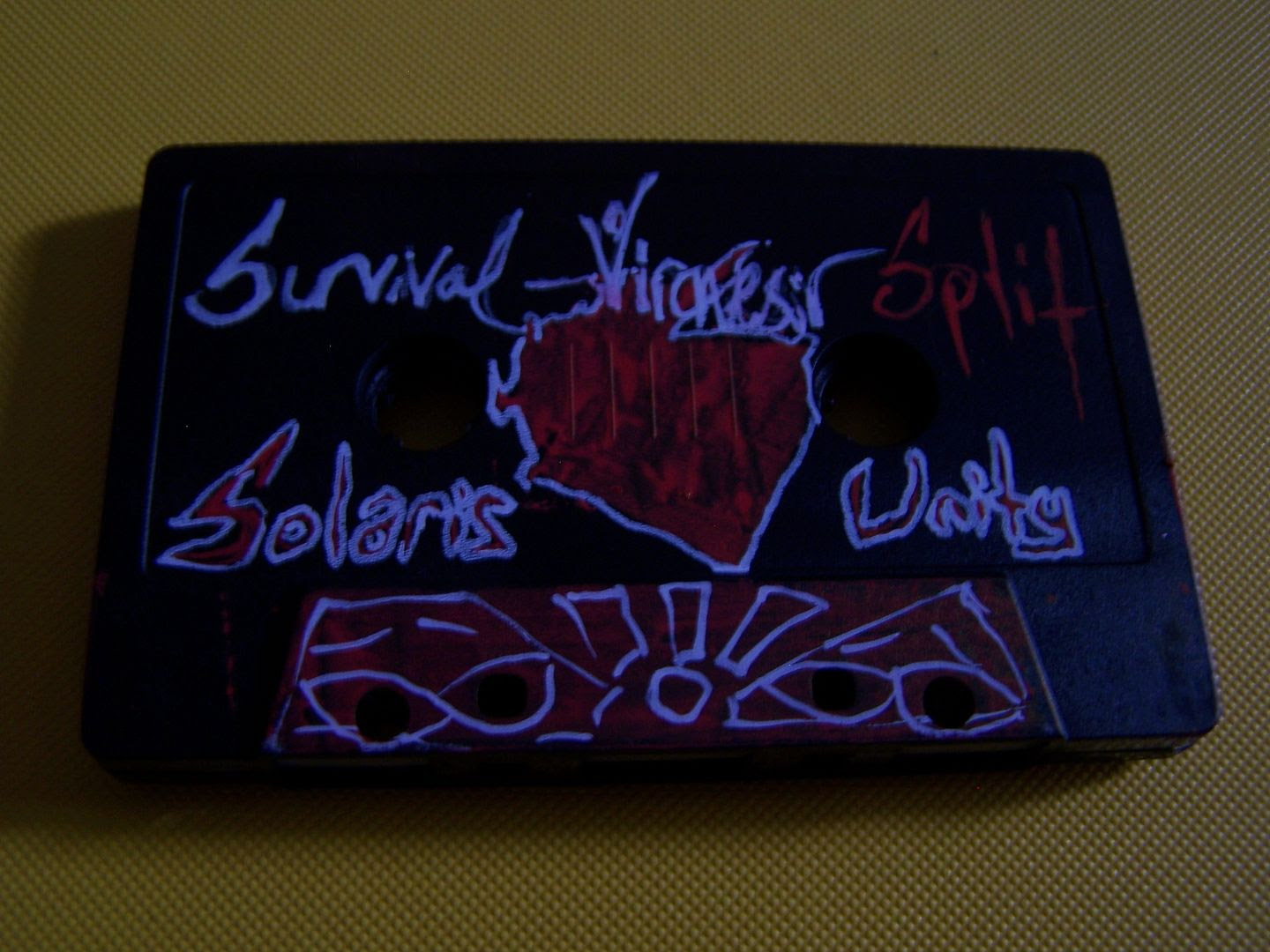 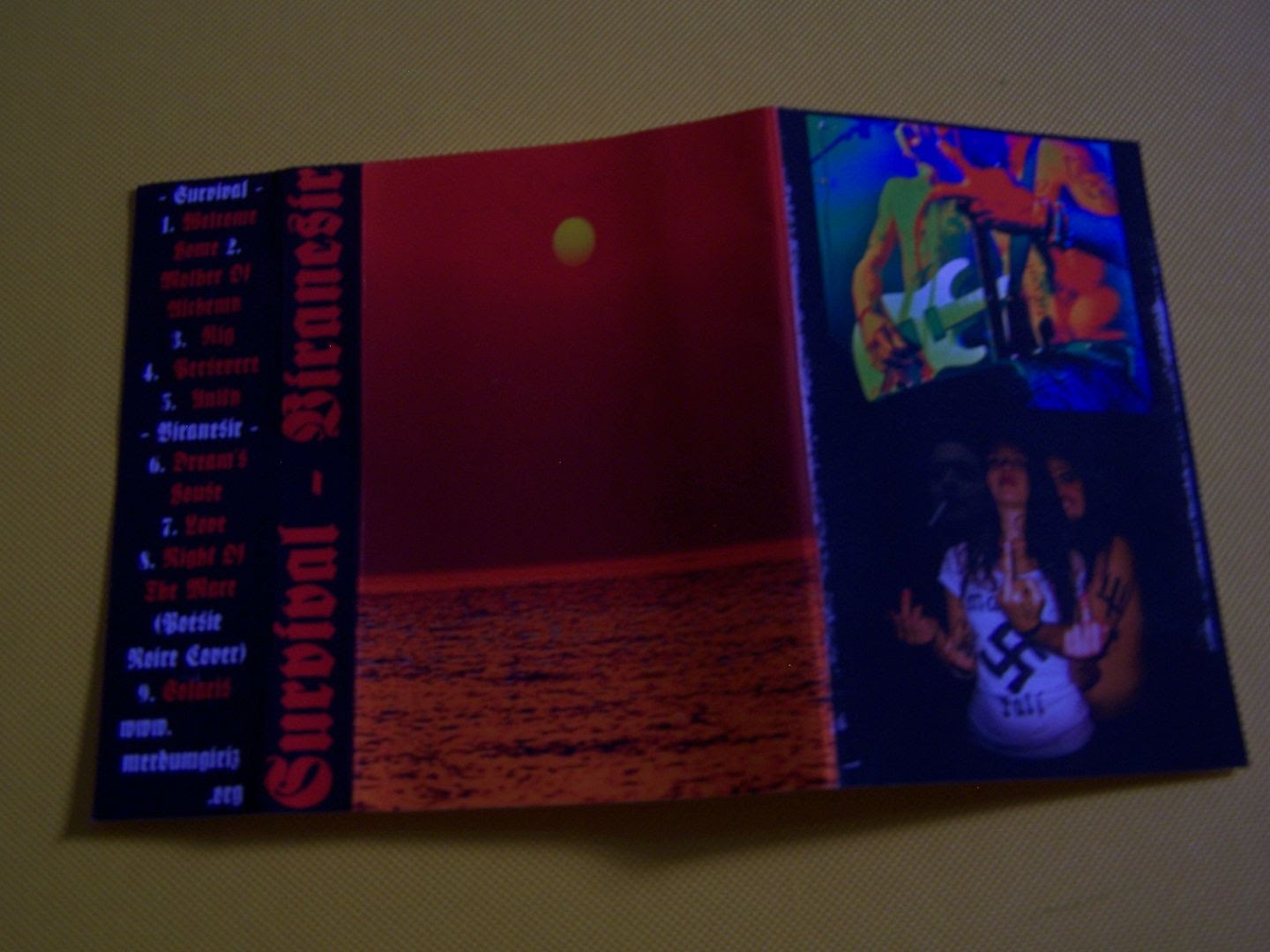 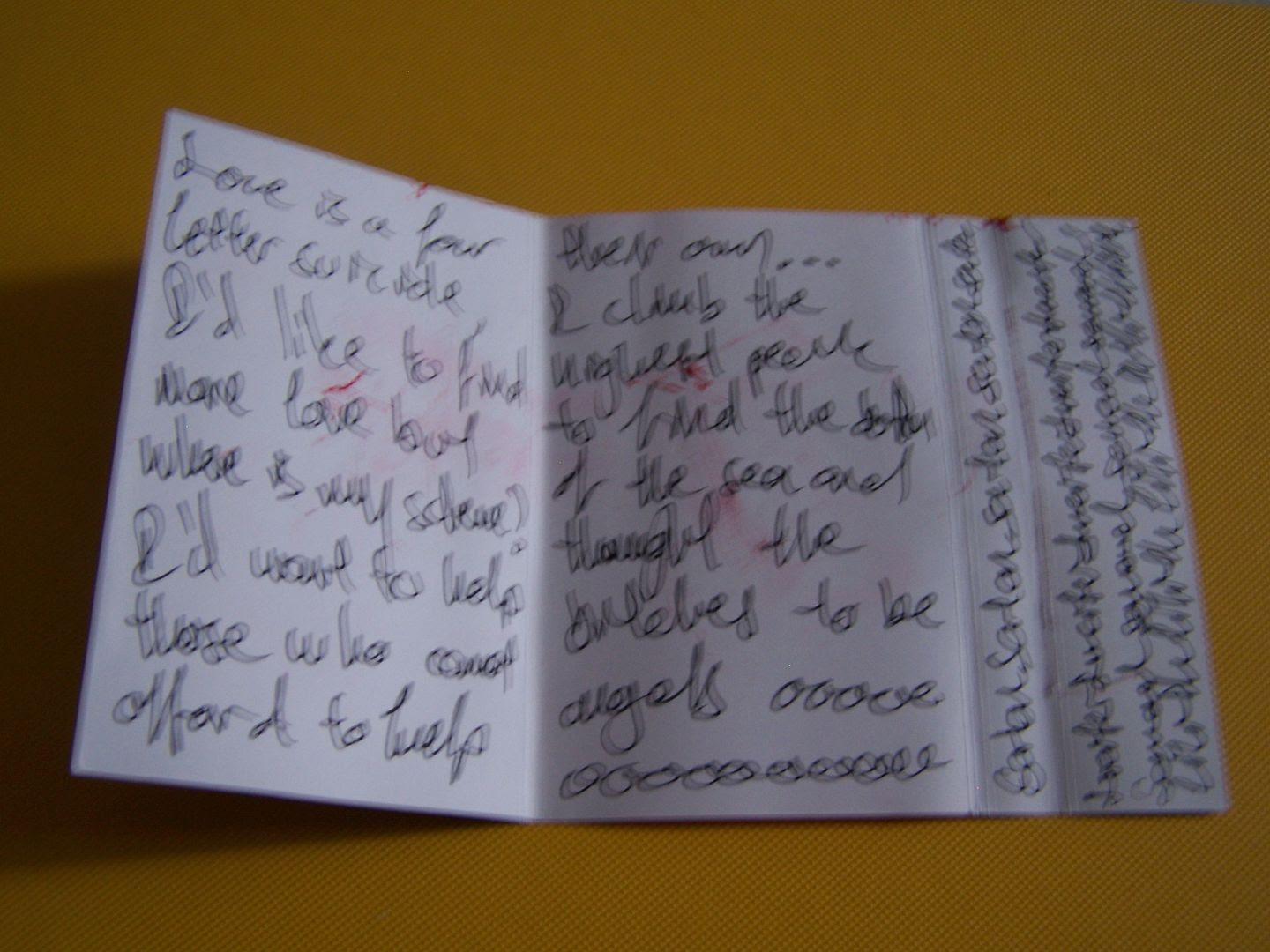