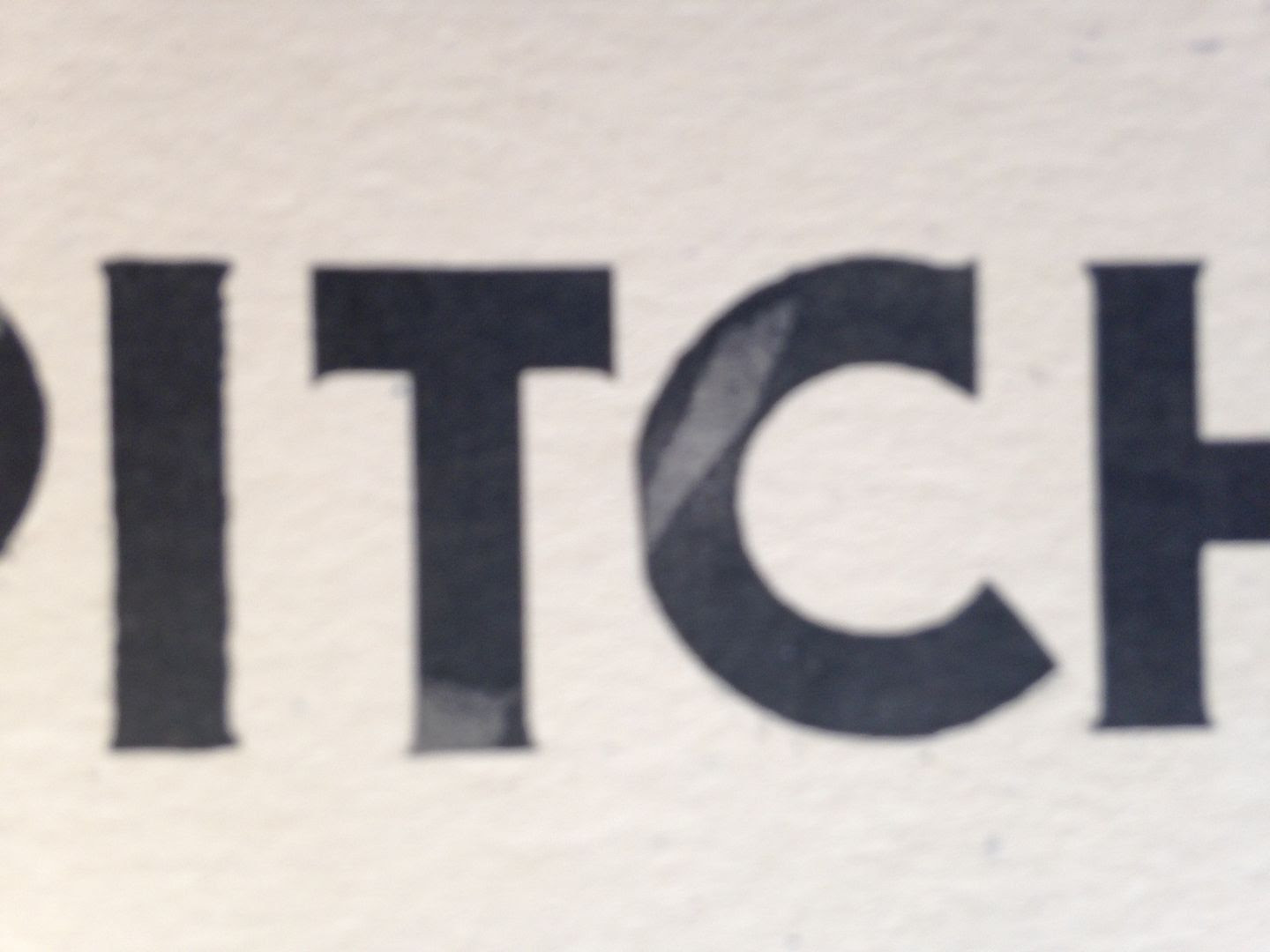 Though this comes up through a Bandcamp for Pitches and not through the Paitapes Bandcamp itself, this is- according to the j-card- the first official Paitapes cassette release.    What's interesting about it right away is that it features both Ilpo Numminen and Taneli Viljanen, who have cassettes released on Paitapes under their own names as well.

This cassette begins with a blast of lightsaber doom and it is slightly harsh.   Most music tends to build to something like this, but Pitches has this way about it where as soon as you press "play" on it you have to imagine you're hearing the thunder immediately.   And it doesn't stop.   It's hard hitting and just keeps on hitting.    The guitar gives it this big rock feel somehow, as this riff is seemingly continually playing- though it might not always be the same one, you can still hear that guitar at most times.    Whooshes and whirrs become trapped in as there is somewhat of a Transformers sound as well.   A ringing comes out, feedback and then eventually the beeping of something like R2D2 or a modem as well.   This is all done as it layers itself on top of each other but to me I think of it less as a thunderstorm at this point and more as a tornado, flying around at high speeds picking up sounds around it, sometimes losing them, sometimes drawing them back in.

While I've heard these elements in music before (Though the guitar and the R2D2 beeps don't usually go together and this is closer to the side of "rock" for me than "noise") the way which Pitches puts them together and delivers them is not like anything I've heard before.   In order for this type of sound (if broken apart into several different sounds) it is usually more restrained- not always quieter, but just more relaxed, a little bit more at peace.   Pitches brings about a certain intensity to it where the music begins to grind and for this not being harsh noise I've typically only heard harsh noise come off in such a manner as it is part of what makes it harsh.    An entirely different artist could have made this much more somber and yet Pitches is manifesting it in a way which signals to go for the kill.    It's really quite remarkable strictly in that sense, but the fact that the music itself is appealing regardless of the mood it puts you in it just makes it that much better.


On the flip side a lot of the same elements remain- the whooshes, the beeping like R2D2 or radio frequency adjustments, the guitar, and just what you heard on the first side only this time it is brought to you in a different way.   The guitar notes are played with a lot more distortion and as they are strummed they just kind of fade out in what I like to refer to as the Hendrix effect.    The noises which accompany this are generally less panicked than what was heard on the previous side and in some ways, yes, I listen to this and think of it as the calm after the storm.    It's not neccesarily that peaceful/relaxing vibe I was thinking of during Side A because there are a lot of electronics at play which would disagree but it is a bit calmer compared with that side.    At times the electronic notes can slow down to sound like church bells almost, you know, the way that they ring on the hour or such, but then it can get just as chaotic as anything else just without the impending doom feel.

Through a sound which feels more uplifting in ways as well, Side B takes a certain liberty with the listener as it feels more than once like it might end only to come back, even if only for a note, fade out and then return again.    This isn't so much the manipulation involved with the cassette directly but more with the timing of it and I've always liked when artists have done this because, well, the alternative it simply all dead air and that gets tiresome after hearing it a hundred times over.    And just to combine that with a stellar performance throughout the cassette otherwise which would be best described loosely as electronic rock but not in the way which you might think, Pitches is something you should be listening to just because I've never heard anything quite like it before and I am currently in love with it, listening to it at least once a day since I got it. 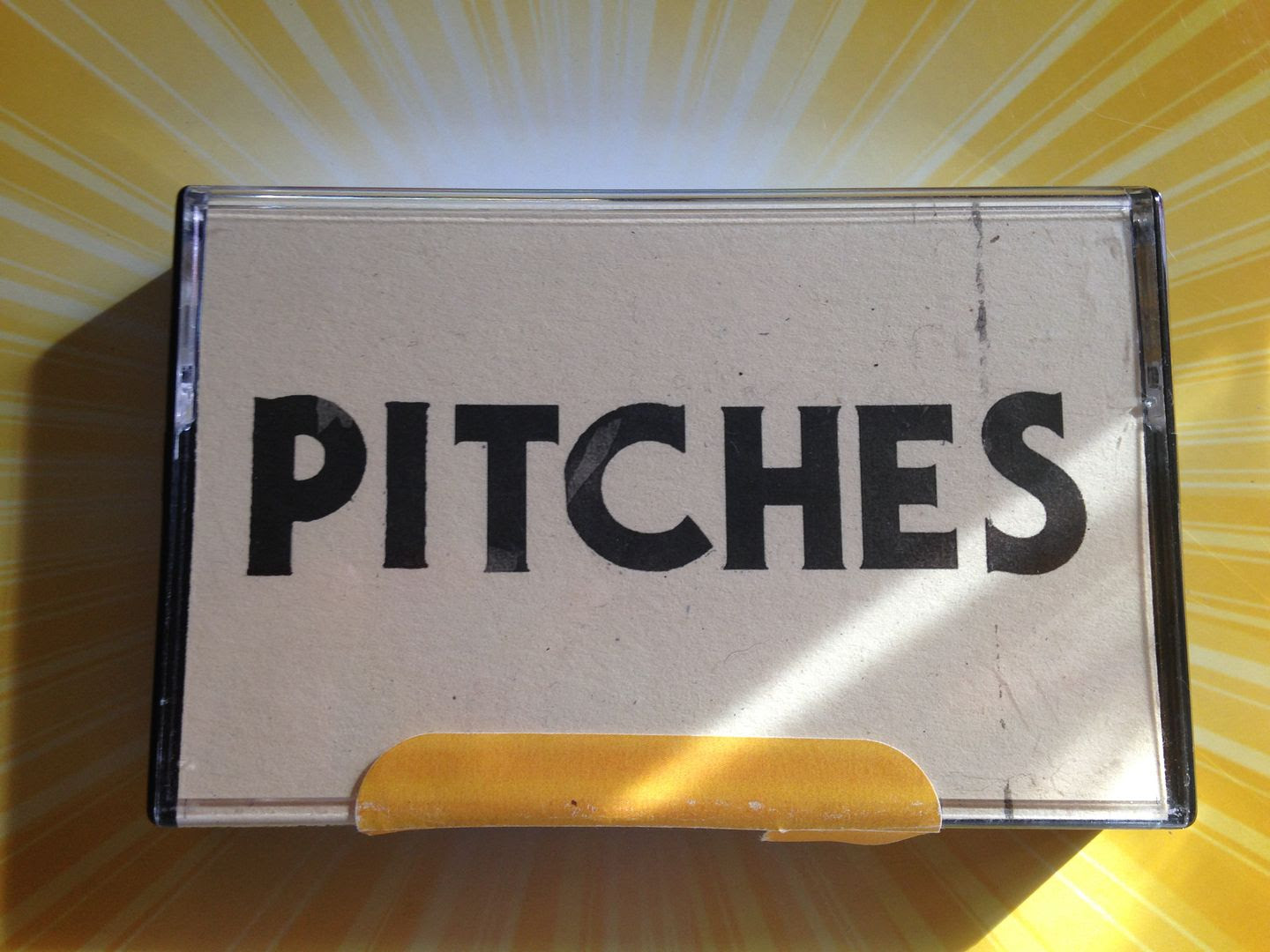 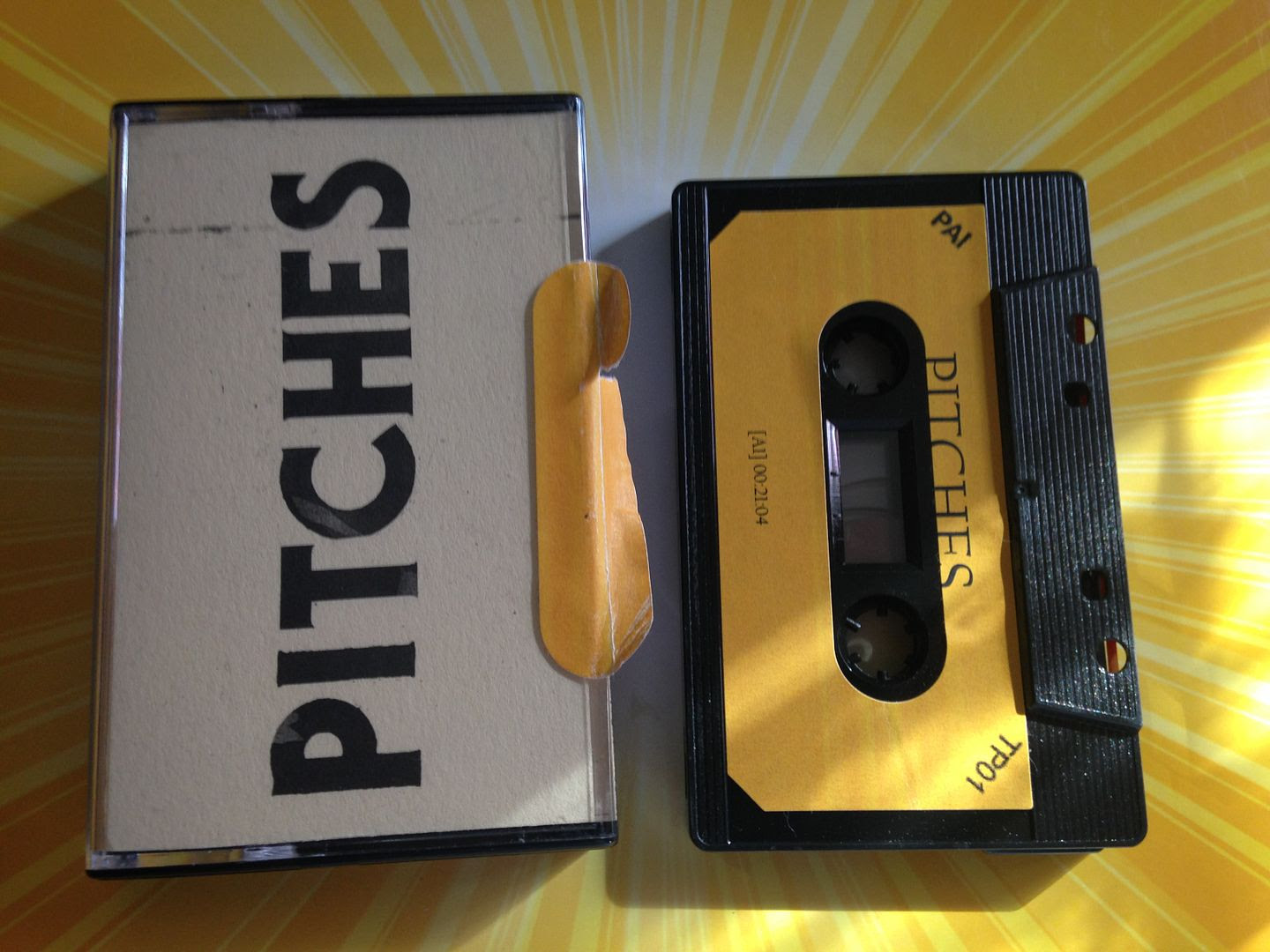 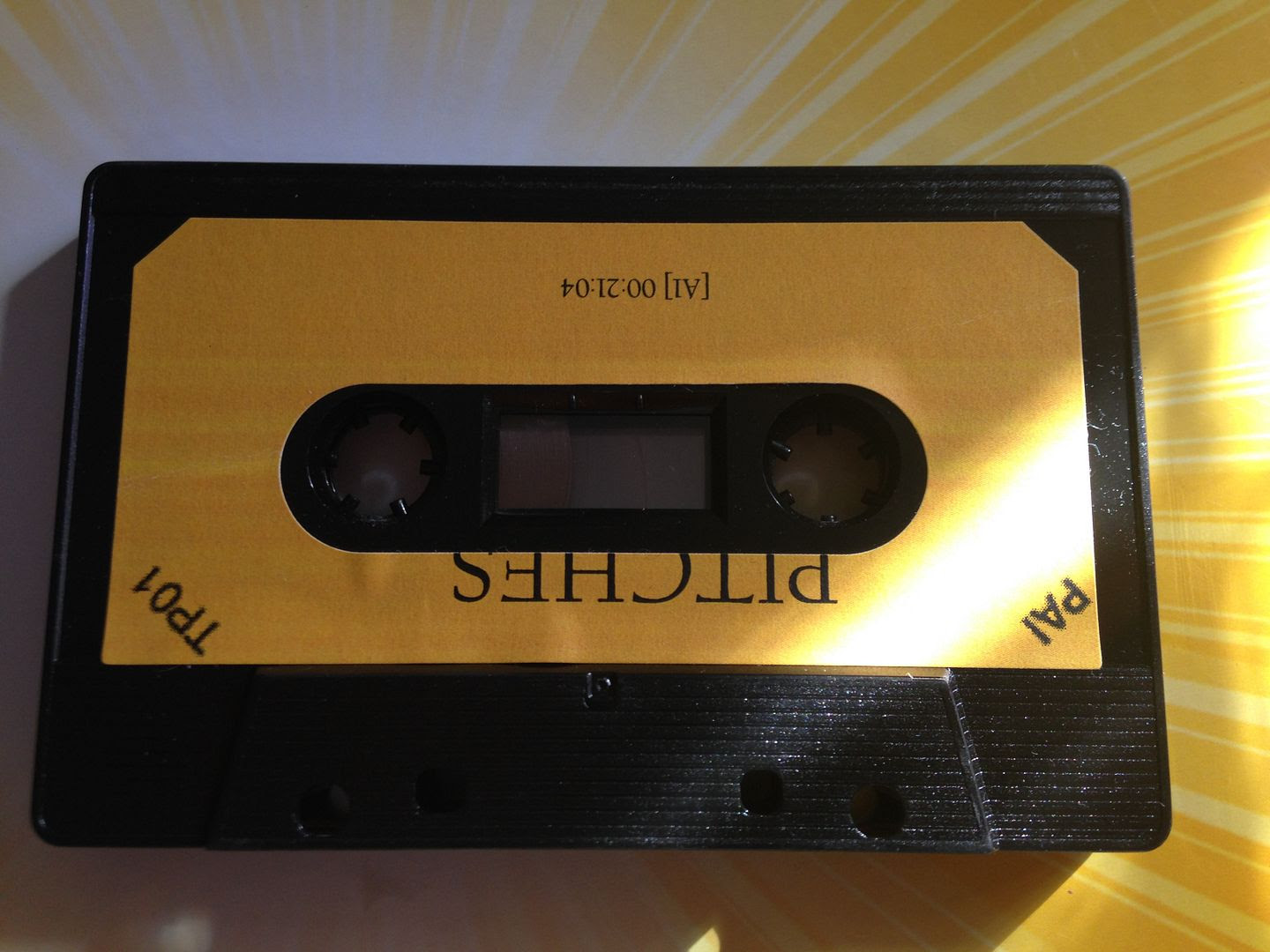 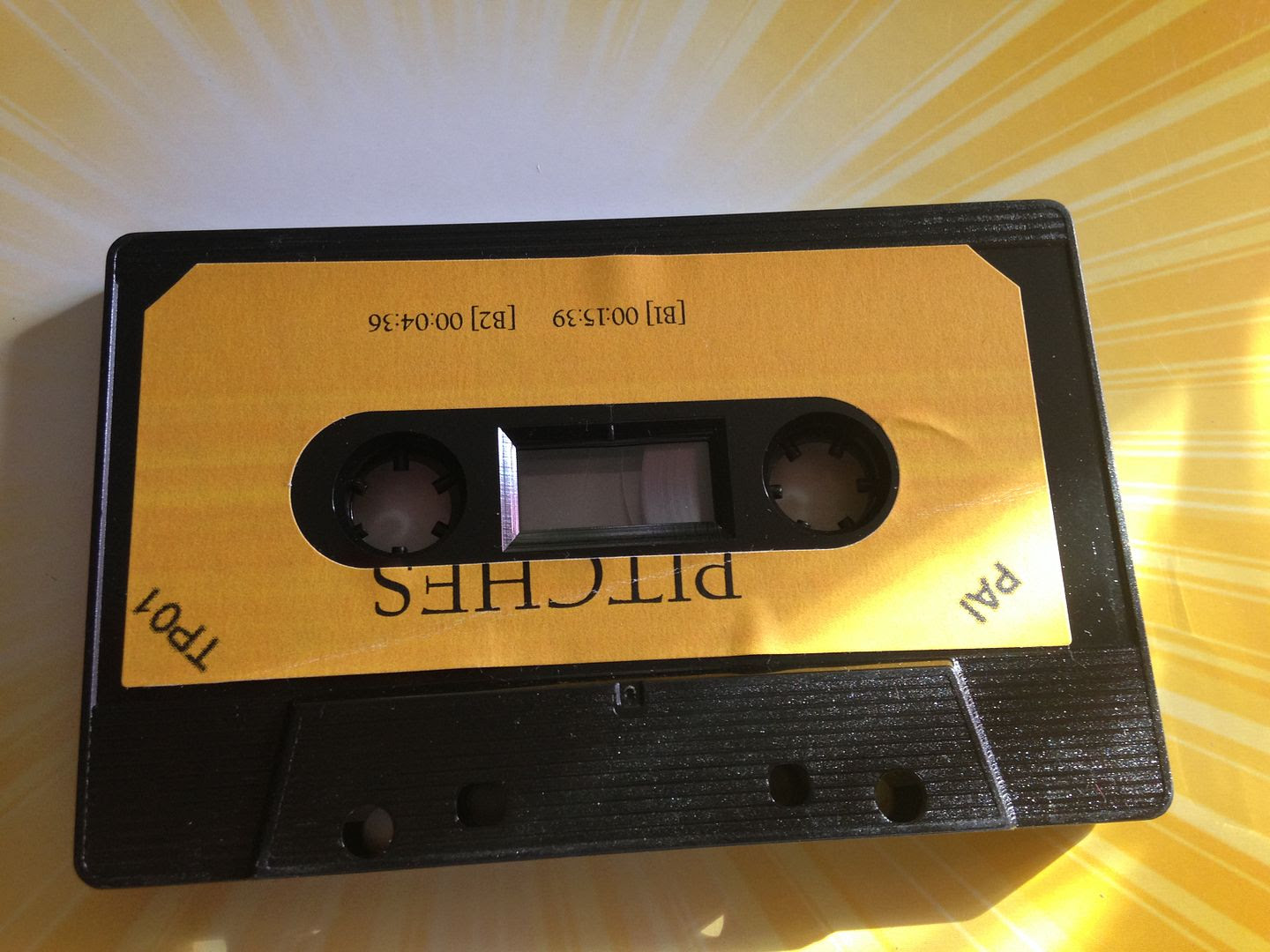 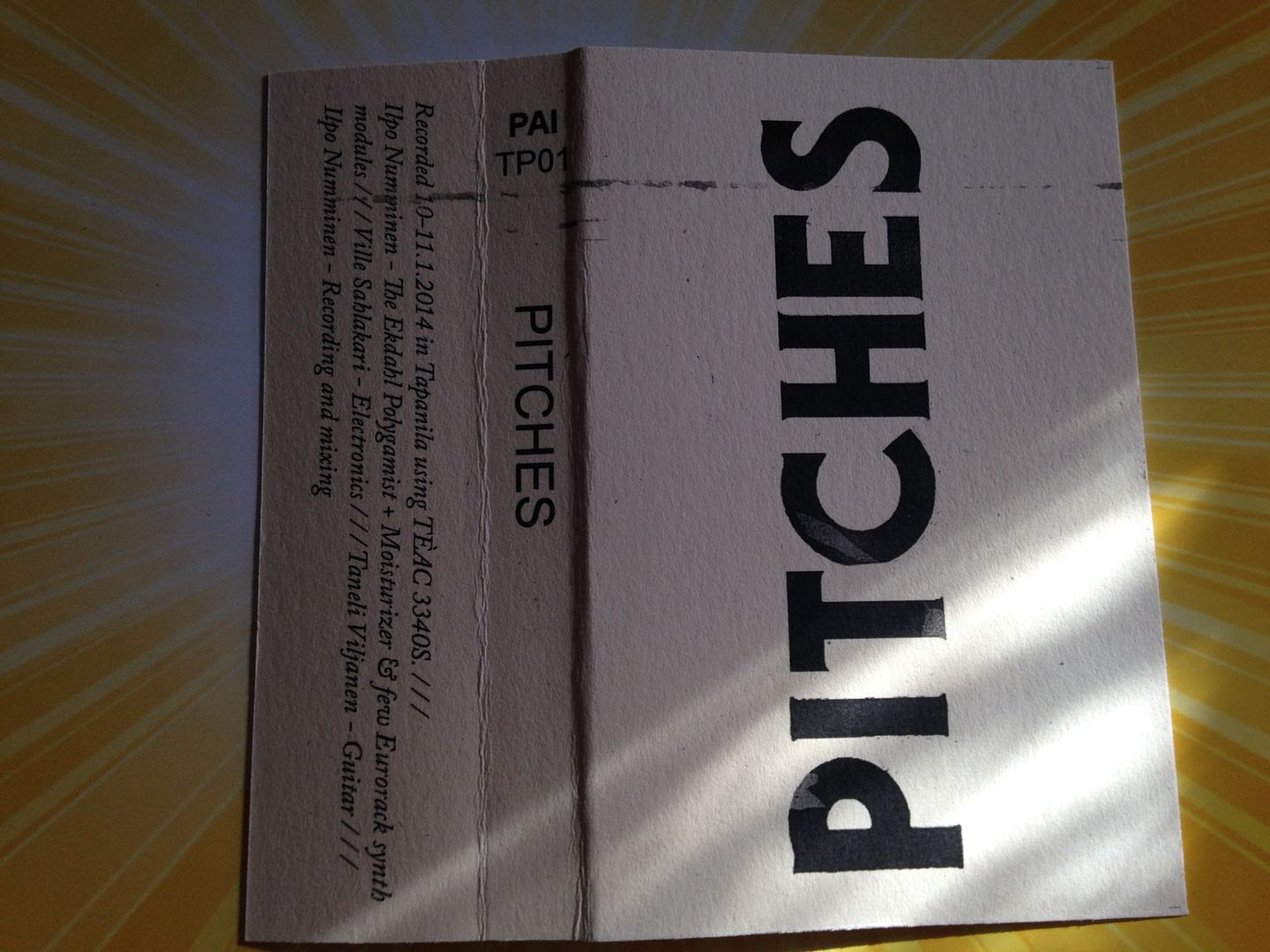 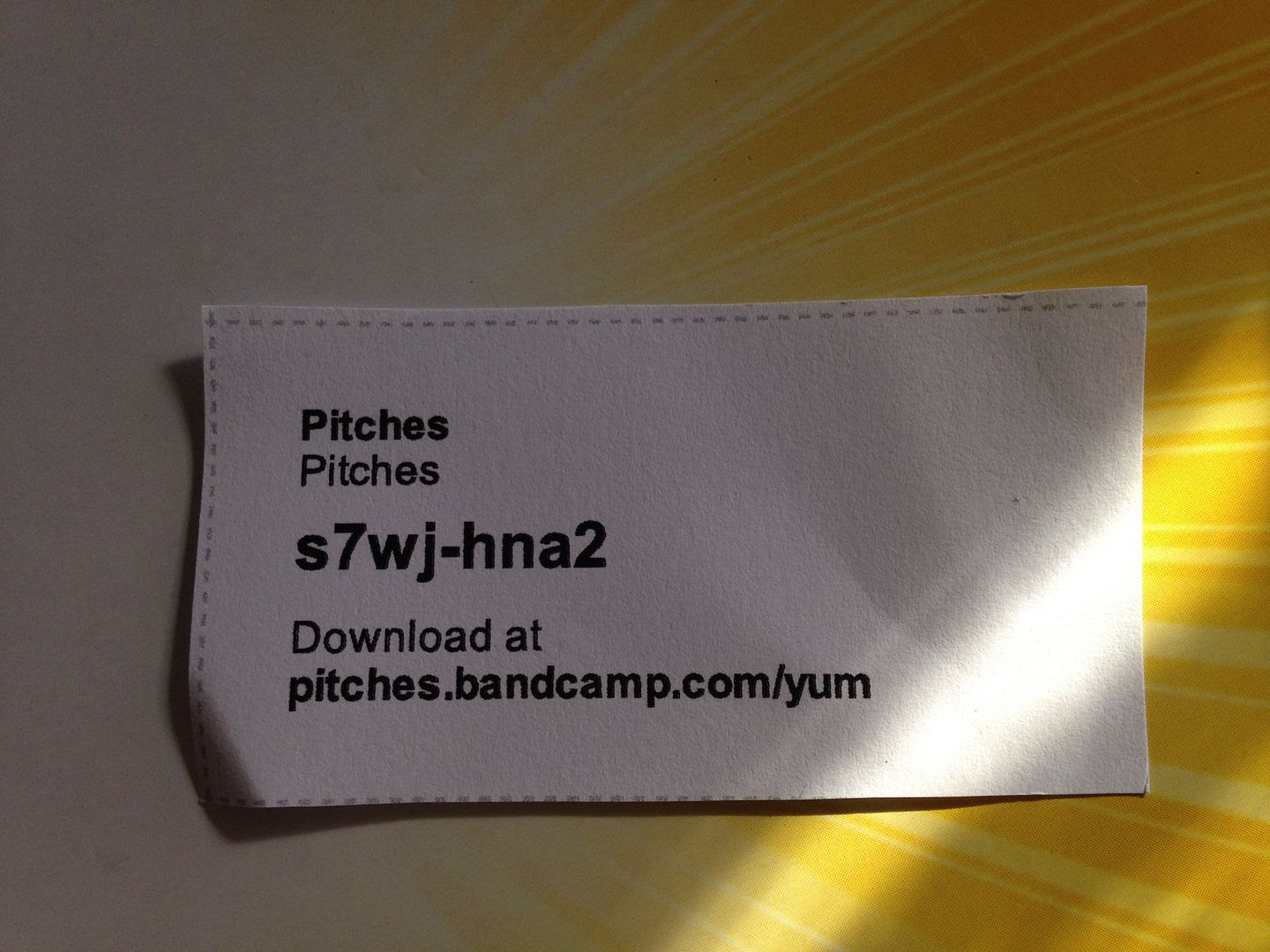