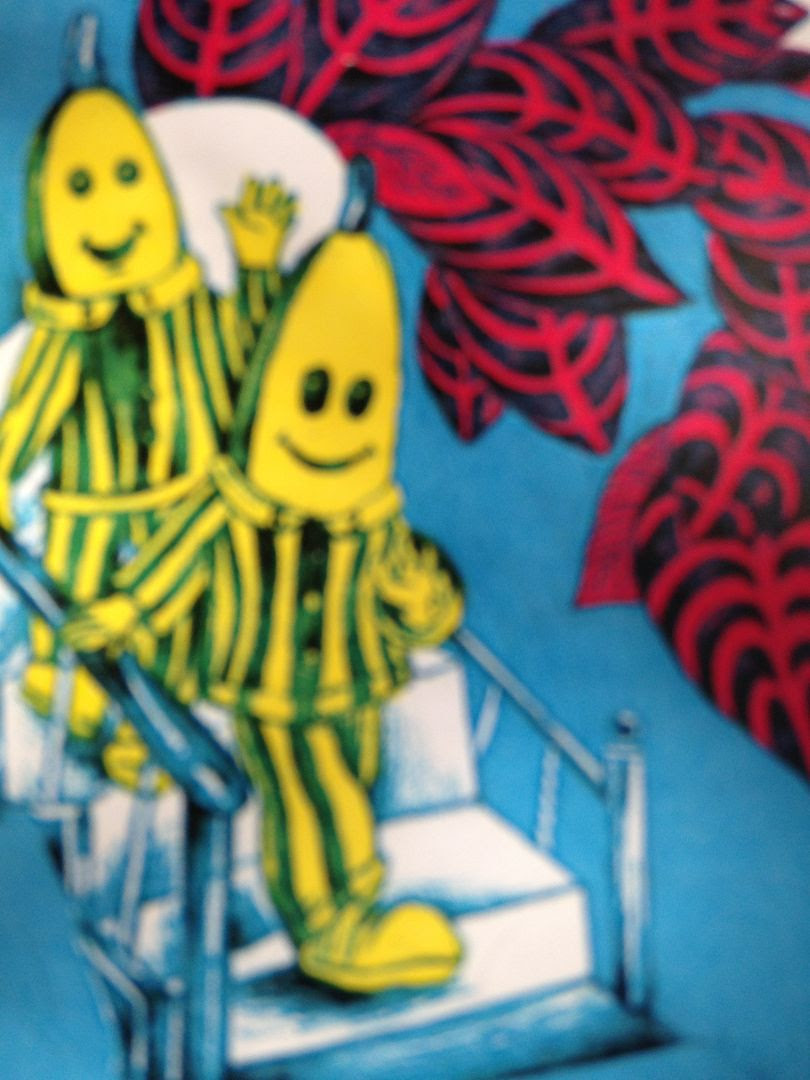 I'm still not entirely sure why I listened to the Fuck Knights CD before this cassette.  I can only imagine it was because I had less CDs to review than cassettes and, well, I tend to listen to the majority of my CDs to review while in the car.   Still, I put that Fuck Knights CD in the laptop and listened to it the first time at home so who knows what's going on.   I really should have listened to the cassette first, right?   Got the love from my preferred medium and then moved onto the CD, which is basically fancy packaging for digital.

In any case, I can tell you this: If you have not read the original Tarzan book you need to do so.    I'm not even sure that any studio right now could do it justice as a movie, but I'm pretty sure that Disney would own the rights still or get first crack at it after their animated version and their new notion of creating live action movies of former animated movies ala "The Jungle Book".    But even with Marvel and Star Wars under the Disney umbrella and those movies getting PG-13 ratings or whatever (See: "Guardians of the Galaxy"), I just don't think that Disney could do Tarzan justice.   So just read the book, okay?

Fuck Knights continue their assault of loud rock n roll.    It's wild and it has elements of Tora Tora Torrance, The White Stripes and, yes, even The Cars on the titular track.    Through screechy distortion and somewhat surf guitar riffs the music is also just a lot of fun and it's what I like to think of as bop because it's that type of punk rock that makes you want to jump around.    I feel like at one point in time when I used to go see the River City Rebels seemingly every weekend the Fuck Knights would have been a band that they played with even though they don't sound that similar but just because they both seem to share that same attitude of fucking shit up but in a fun way.

If you've already read my review for the Fuck Knights CD and have been listening to and enjoying that, then obviously I don't need to tell you that you should be listening to this cassette as well because, well, it's a cassette and Fuck Knights rock.   if you've been listening to neither because "CD reviews aren't cool" then go get yourself both and any other music you can by Fuck Knights because you will not regret it.   They don't seem to make bands like this too often, so when you have the pleasure of letting a band such as Fuck Knights trash your house you don't ask questions you just kindly oblige.  (That is both musically and literally)   Also, read a book. 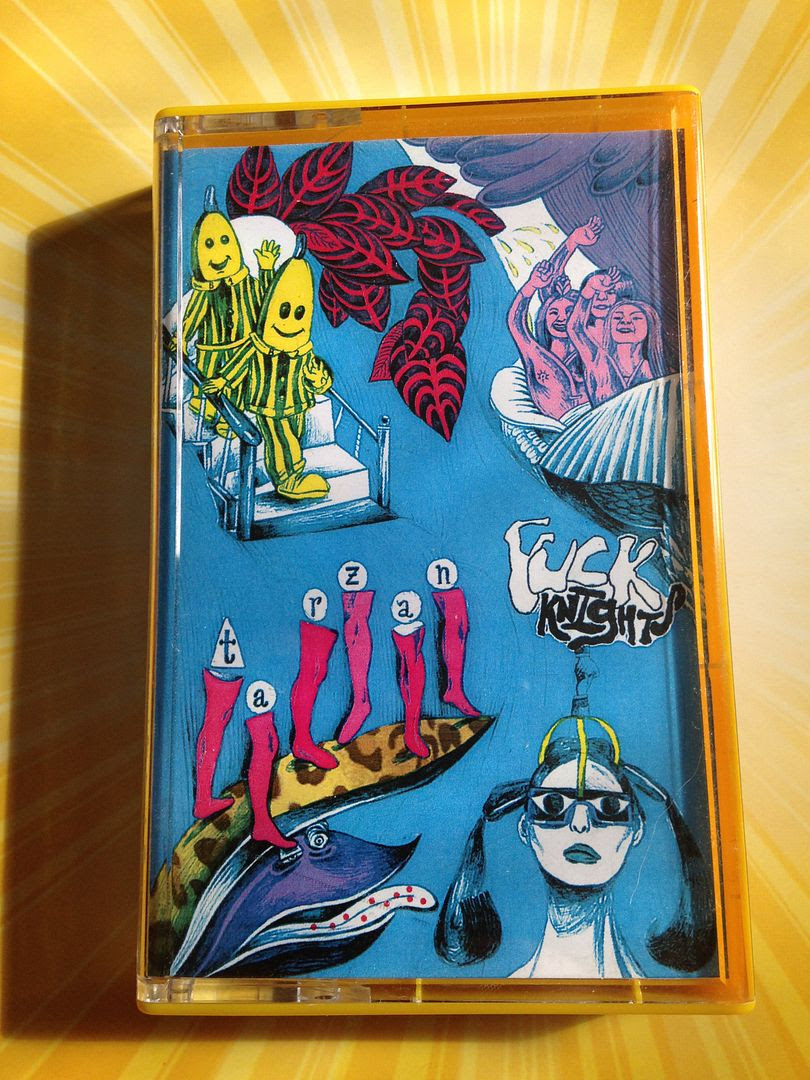 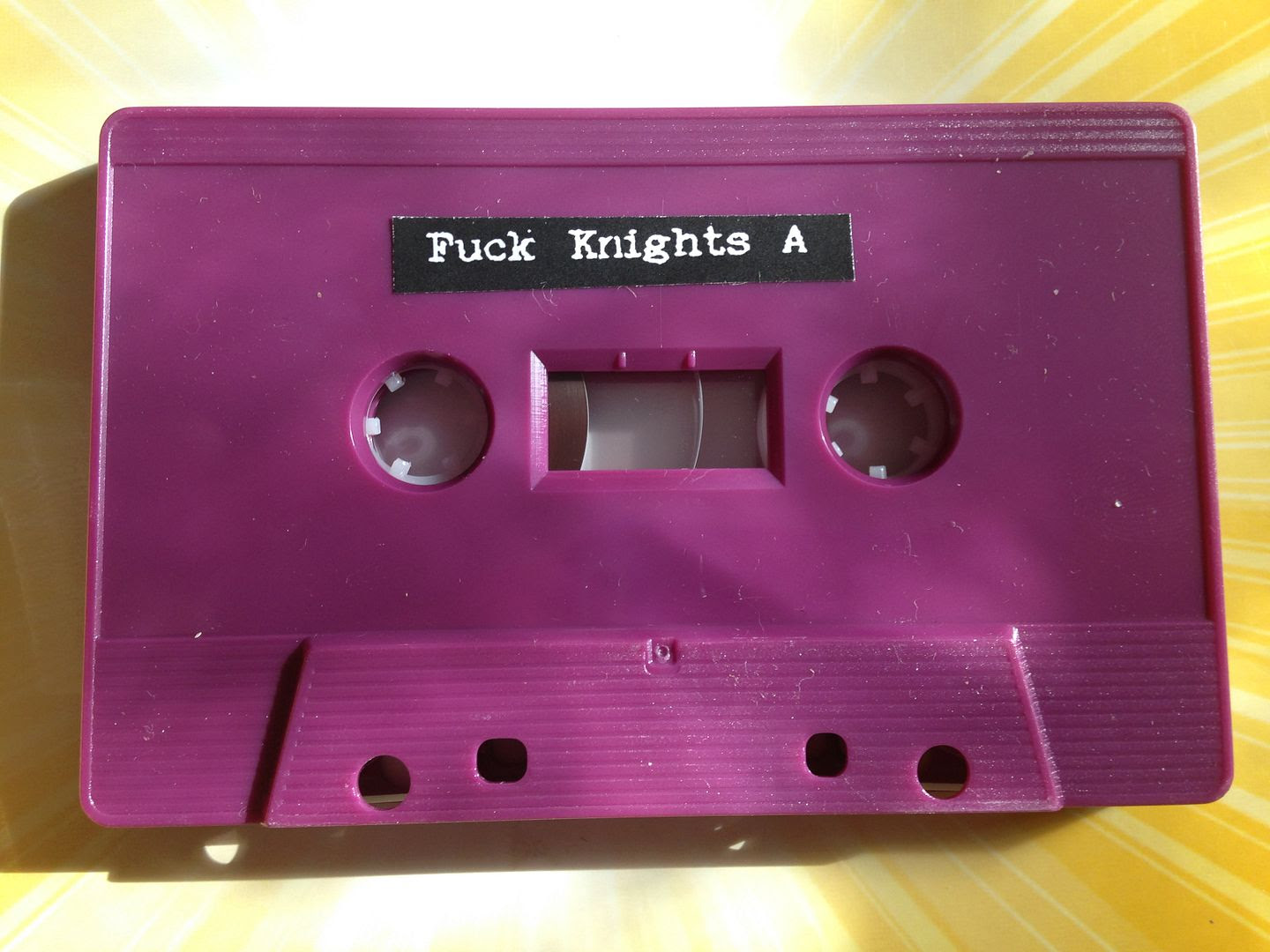 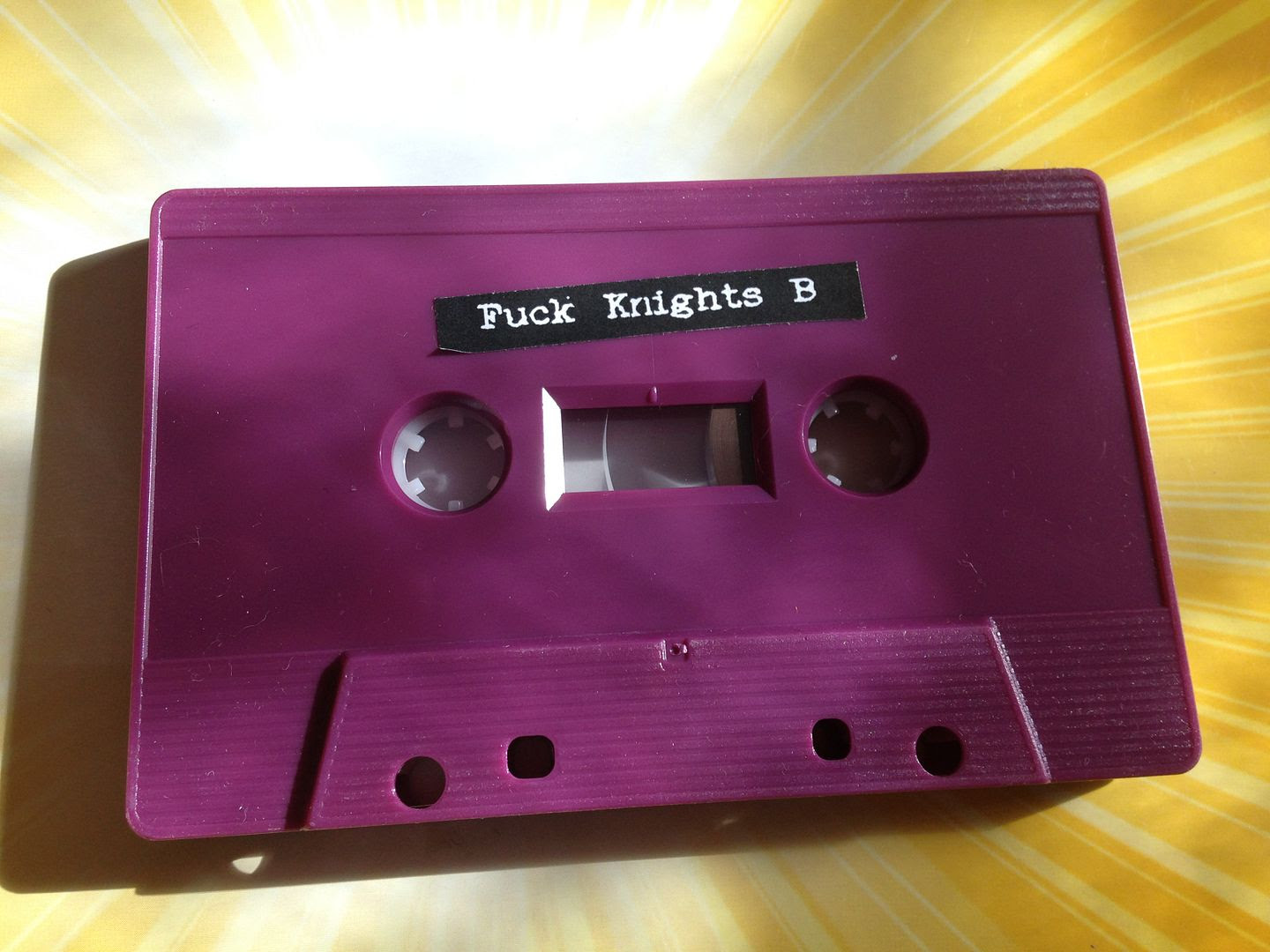 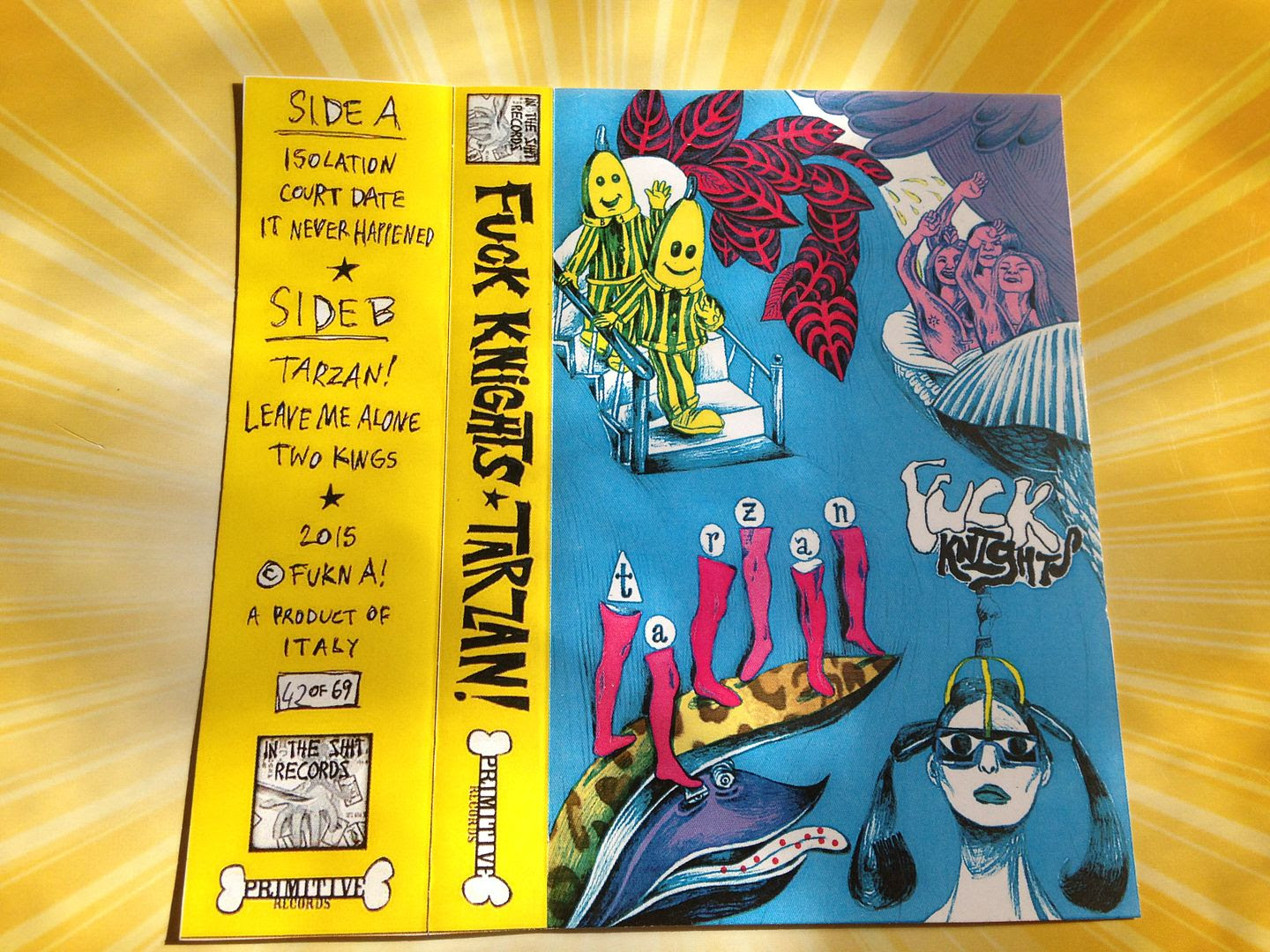 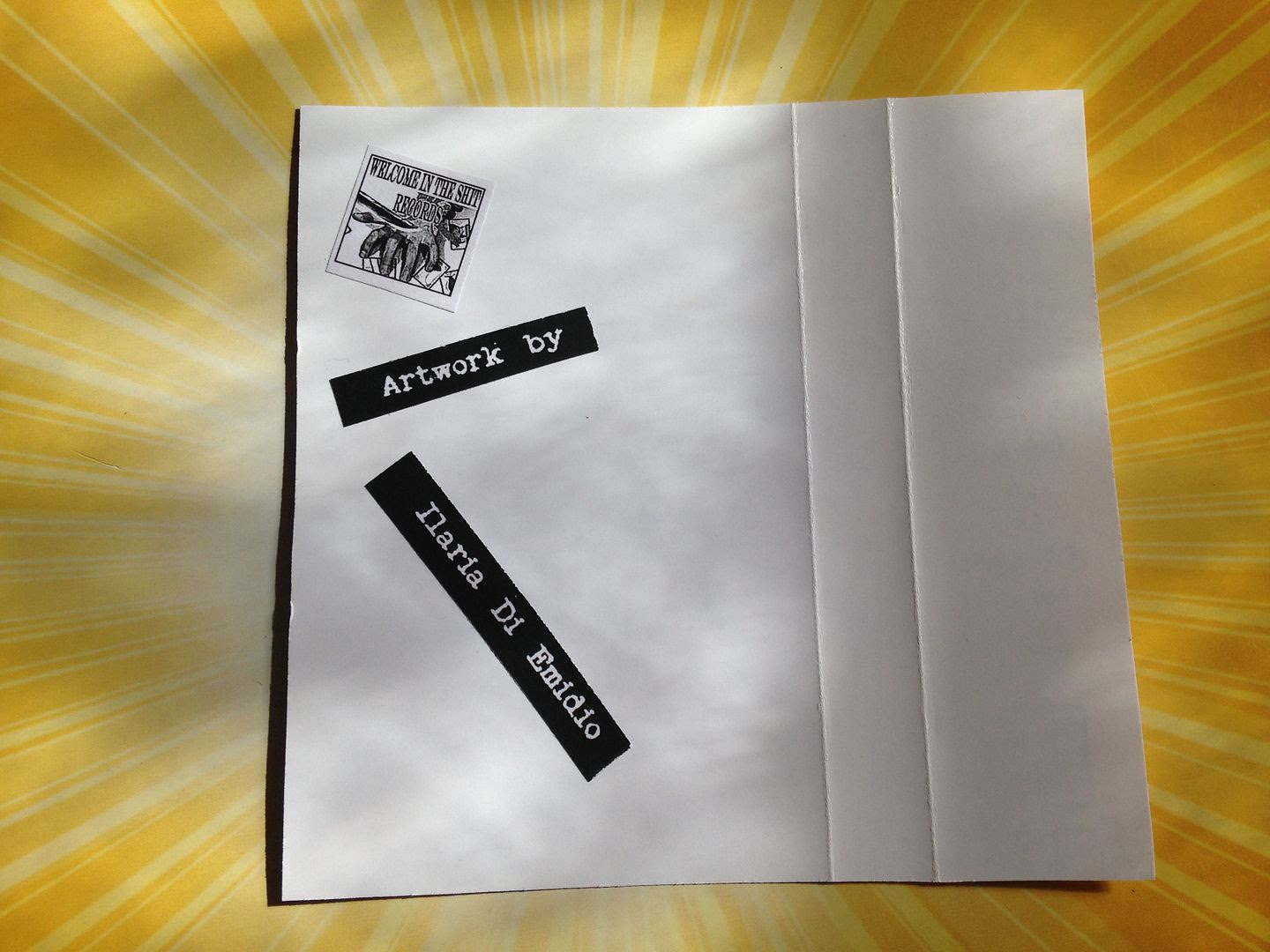 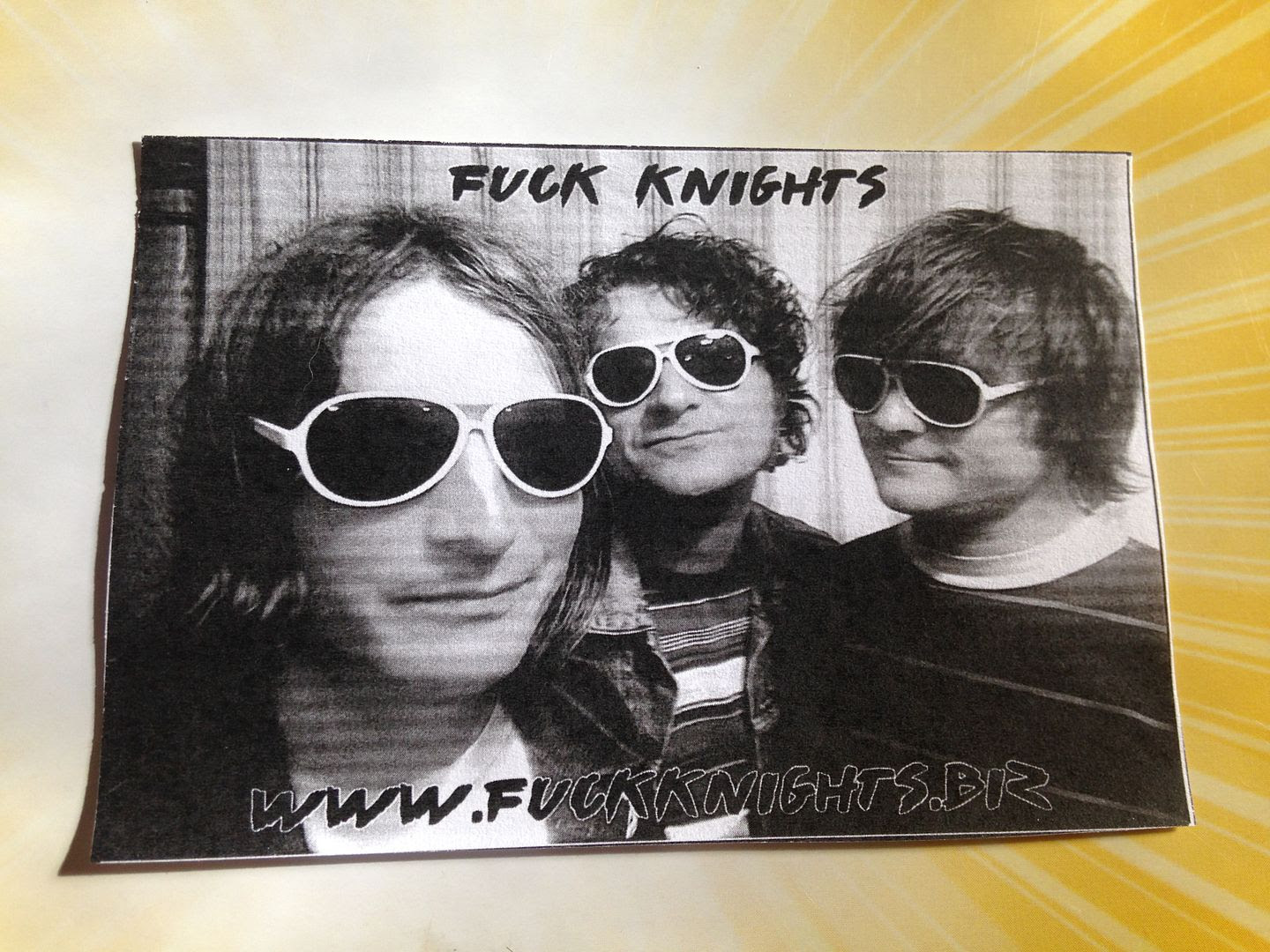 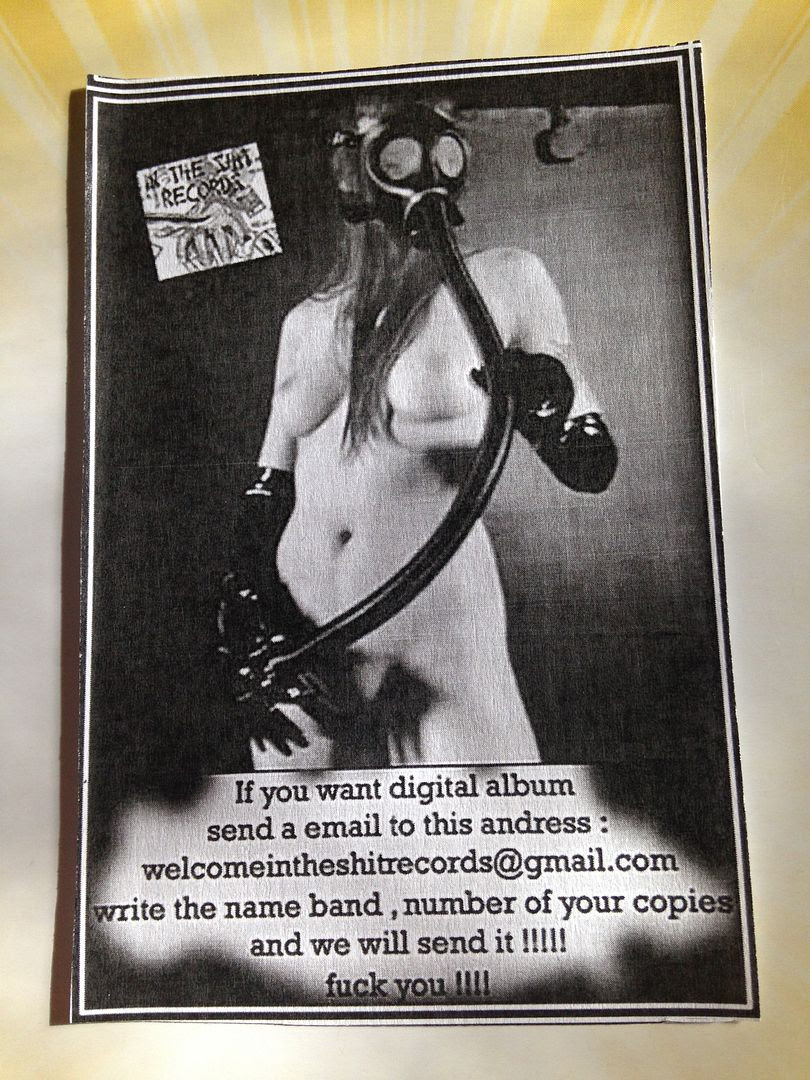