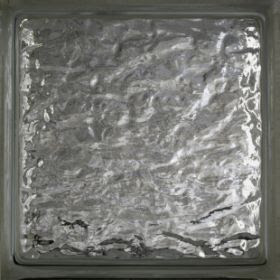 There was a time when people would blindly send me their music and it would just be plain awful.   I'd get no subject lines, no content in the email itself except for a link that isn't even active so I have to cut and paste it into my browser and then I go to a Soundcloud site without much more info and, yes, I've even gotten videos as submissions under the guise of hip-hop artists and they were really of just women "twerking" (Whatever that is) with generic music that was not by the artist it had claimed.    So I guess now you could assume that I've "made it" or just been fortunate enough to go a streak of solid sounding albums as a lot of the terrible submissions seem to have disappeared.  (Please Note: This is in no way an open invitation for anyone to send me their terrible music and I don't review music videos)

If you take nothing else away from this review, simply know that the biggest reason I think I like "A Heart of Glass" is because most of my favorite albums since hearing other albums can still bring about those influences.   So, for example, something I'm hearing right now and like could have some Polly Scattergood or Metric in it.   It's not impossible but it is very hard for me to hear something and like it without having someone like Polly Scattergood or Metric in it, but yet, here I am.   Not hearing them at all in these songs by Copywrite, and totally digging this.

Through a beautiful classic rock vibe "A Heart of Glass" is female vocals, killer guitar riffs, bass solos and just spot on drumming.   It reminds me of Black Sabbath musically for some reason but that isn't a bad thing.   Some darkness can also come out in the way of One-Eyed Doll and though I do love One-Eyed Doll they're still not one of the artists in the same group as those I mentioned in the last paragraph.    The beginning of the album has a music over vocals feel, in the sense that there is more music than singing, and it an into Delta Dart territory as well, with quieter, eerie folk feels but still rocking electric on a song such as "White Lies".

With pianos interlaced a song such as "Social Frustrations" can bring about thoughts of Evanescence but I haven't heard that particular name in quite some time and this is far better (That coming from someone who has seen Evanescence perform live no less!)    The same song has the line "You stay in the dark where you hide because of your failure to communicate" and I can't help but think that this album has not only the general ideas of Blue October musically but it also seems to sort of adopt some of their philosophy in its content.

The idea of "White Lies" (or at least those two words) returns in the song "Time" and I think it's pretty neat that they have their songs connected like that so the album just feels like an album and not like a bunch of songs just thrown together in a kind of sort of thought about order, which is what I feel too many so-called artists are guilty of these days.  It's crunchy, grinding and on "Knives Out" it has a spoken word feel as well.  From hypnotizing to horns she begins to speak in tongues at one point (or so it would sound) and "Satellites" is mostly acoustic while the final song, "Finale", is really acoustic.   It takes that dip about halfway through the album where it slows down some.

Though I can hear elements in here of a band such as Bush, the song "A Soothing Sensation" slows down into a jazzy sort of blues number and "Moon Song" has some pretty strings as well.    Though every song has its own personality it feels just as much like they are connected, as with the "White Lies" example, and there remains this certain intensity to the album on the whole no matter what level the tempo is set.     This doesn't sound like any band I've ever heard before and that's all right by me because it just rocks.

Posted by Joshua Macala at 5:04 AM