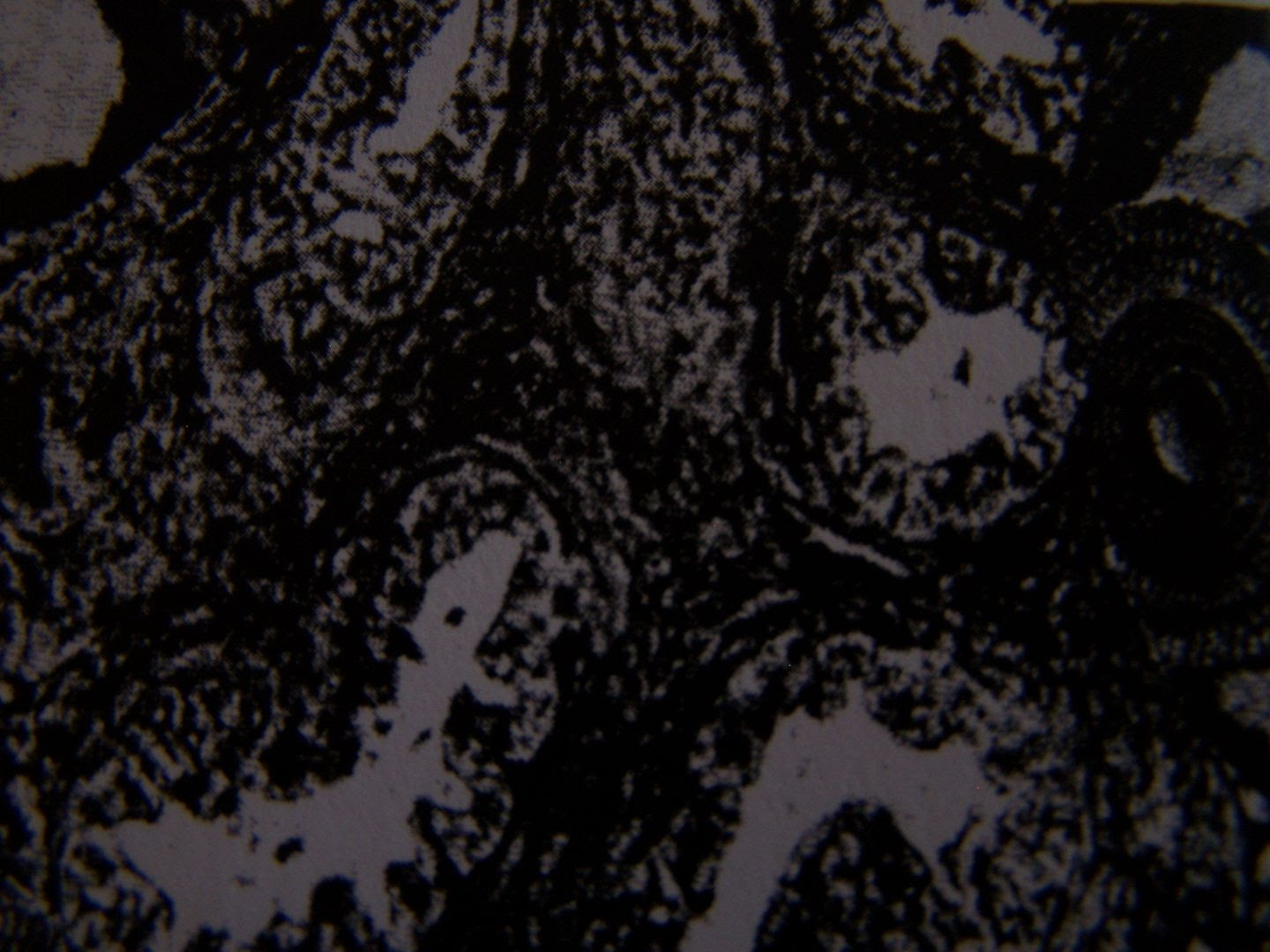 As I do remember both of these artists, I've actually reviewed Developer three times before and each one was a split (PCRV, Scant and Filth all took the honors) and my previous MBD review was also a split.   Interestingly enough, that split was with Sorcerer Torturer who I've also reviewed as a split with Disleksick who I just did a review for on their own.   Such a small little circle we have of sorts going on here and if Disleksick or Sorcerer Torturer does a split with PCVR, Scant and/or Filth it will be most excellent.   (Perhaps even some grand sort of eight-way split could be in order)

Developer opens Side A with some static bursts.   There are skips and it sounds like error messages in the way that I would consider this to have those elements of glitch.    Feedback screeches can lead to what sound almost like words trying to break through to the front and it's just a mix of Transformers and modems.   I wouldn't quite call it harsh noise but it has that distorted electronics feel that makes you think technology is rising up against us and will one day be our masters (If you don't subscribe to the theory that it already is)   A fine piece for Developer for sure, but a fine piece of music for any artist for that matter.

MBD is on the flip side as per the rewind and a lot of static starts things off.   It's different from the static of Developer though in the way that it sounds more like a wind tunnel.   Bits of sharp feedback begin to come out such as you would be reminded of when listening to "In Utero".   I'm not quite sure how these two aspects work together- if it forms a specific genre or not- but it somehow works because the sharpness of the feedback is still there but it is somewhat softened by the static covering over it.   For a moment I feel as if words are trying to escape again, something I felt on the Developer side as well.    Some sharpness brings out a static solo but then the two return back together.     Through what almost sound like beeps the side comes to an end.

If you've read my previous reviews (I feel like everyone should read all of my reviews at some point in their lives) and have since become a fan of both Developer and MBD then this seems like a natural pairing and would almost also seem like some sort of super-split if you will, as it is really combining two of those who are the best at what they do for one cassette.    Though I'm not sure how exactly, this split does also seem to be a reflection of itself as there are qualities shared within both sides and it almost feels as if one is the opposite of the other or they somehow were the same piece just interpreted differently.    I enjoy that this brings them together in ways while yet both artists remain their own amazing selves. 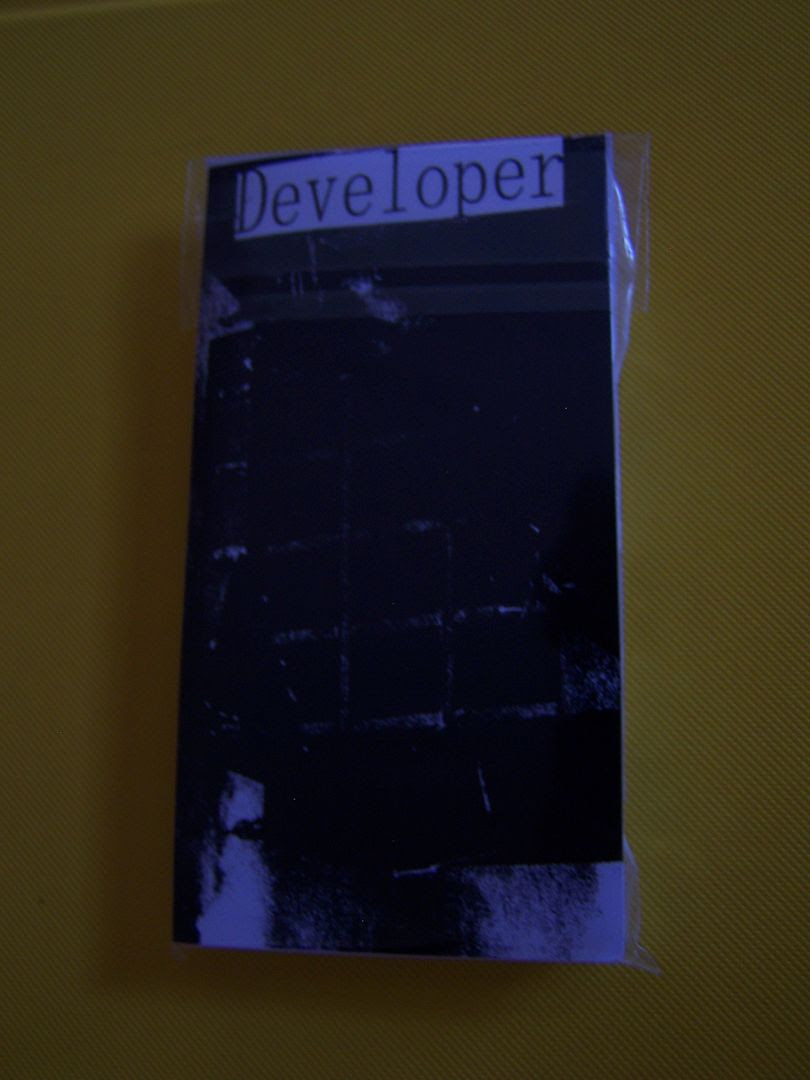 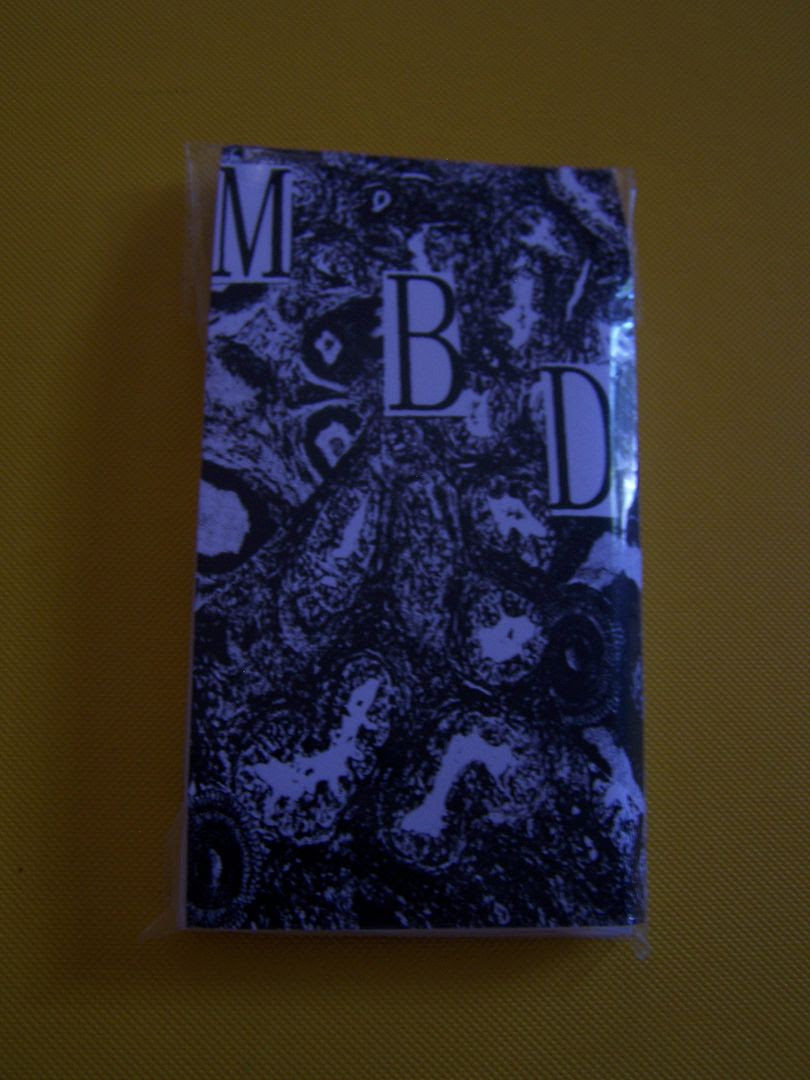 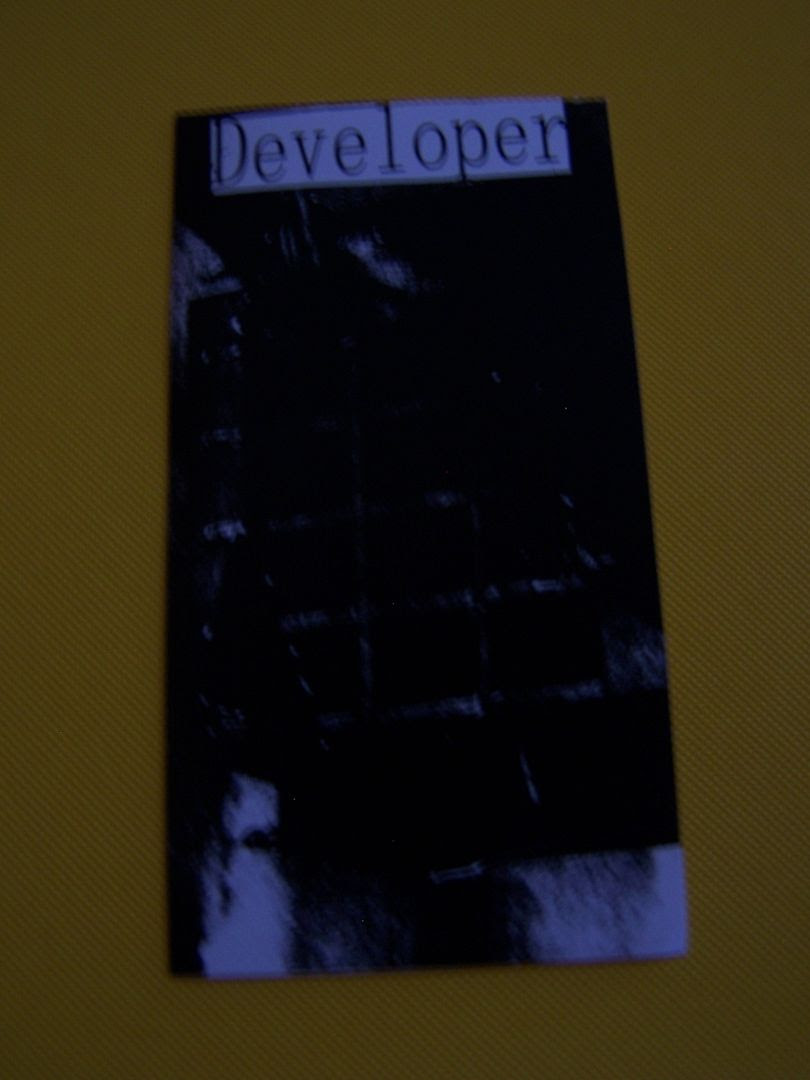 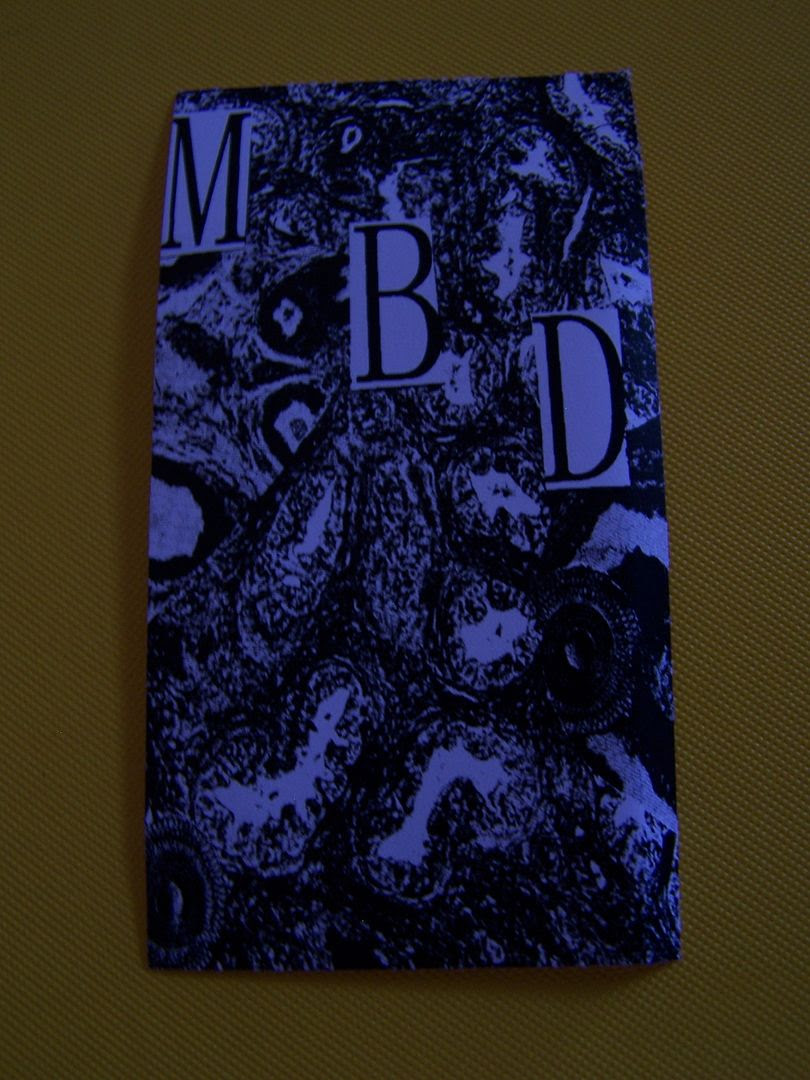 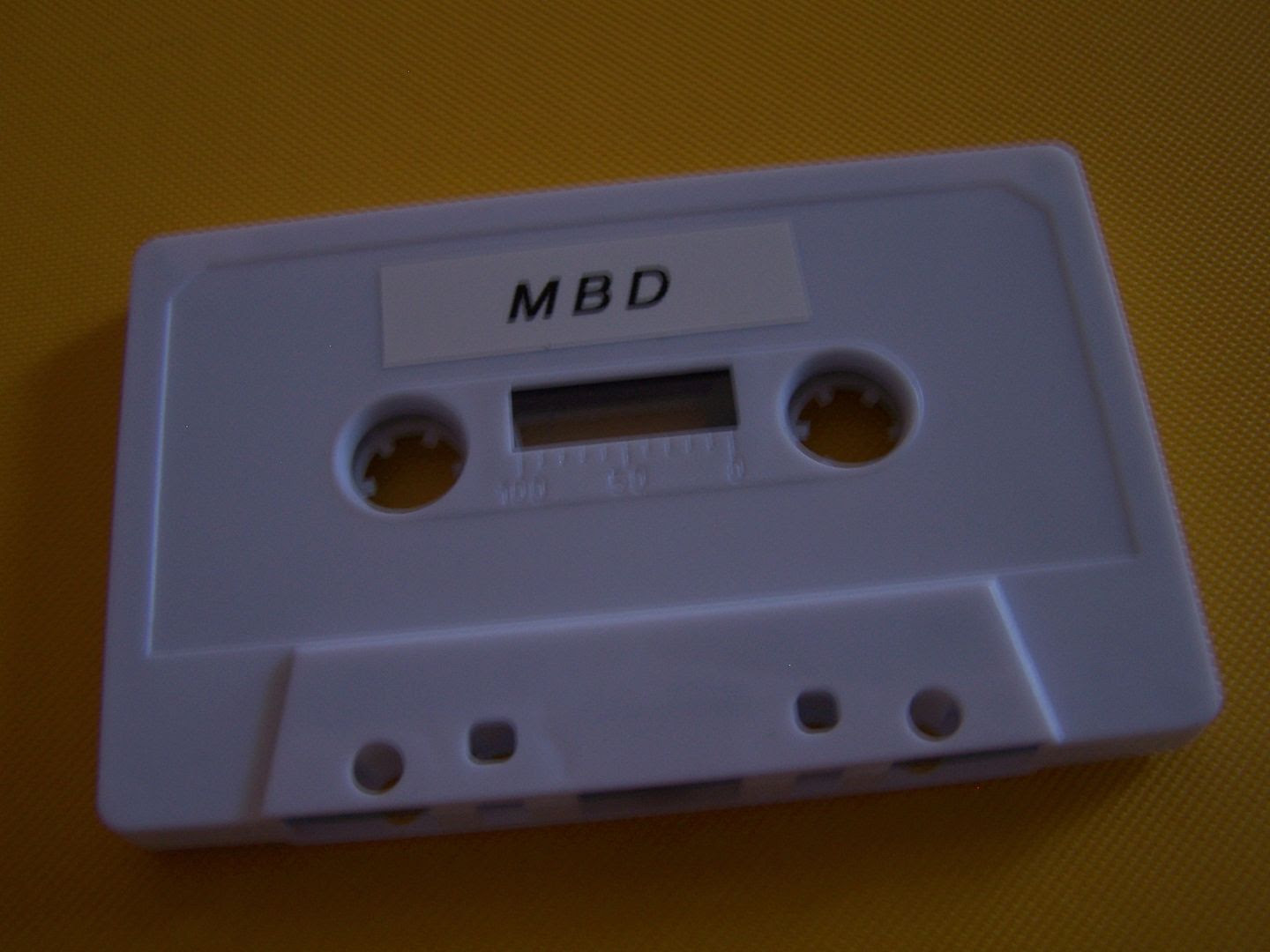 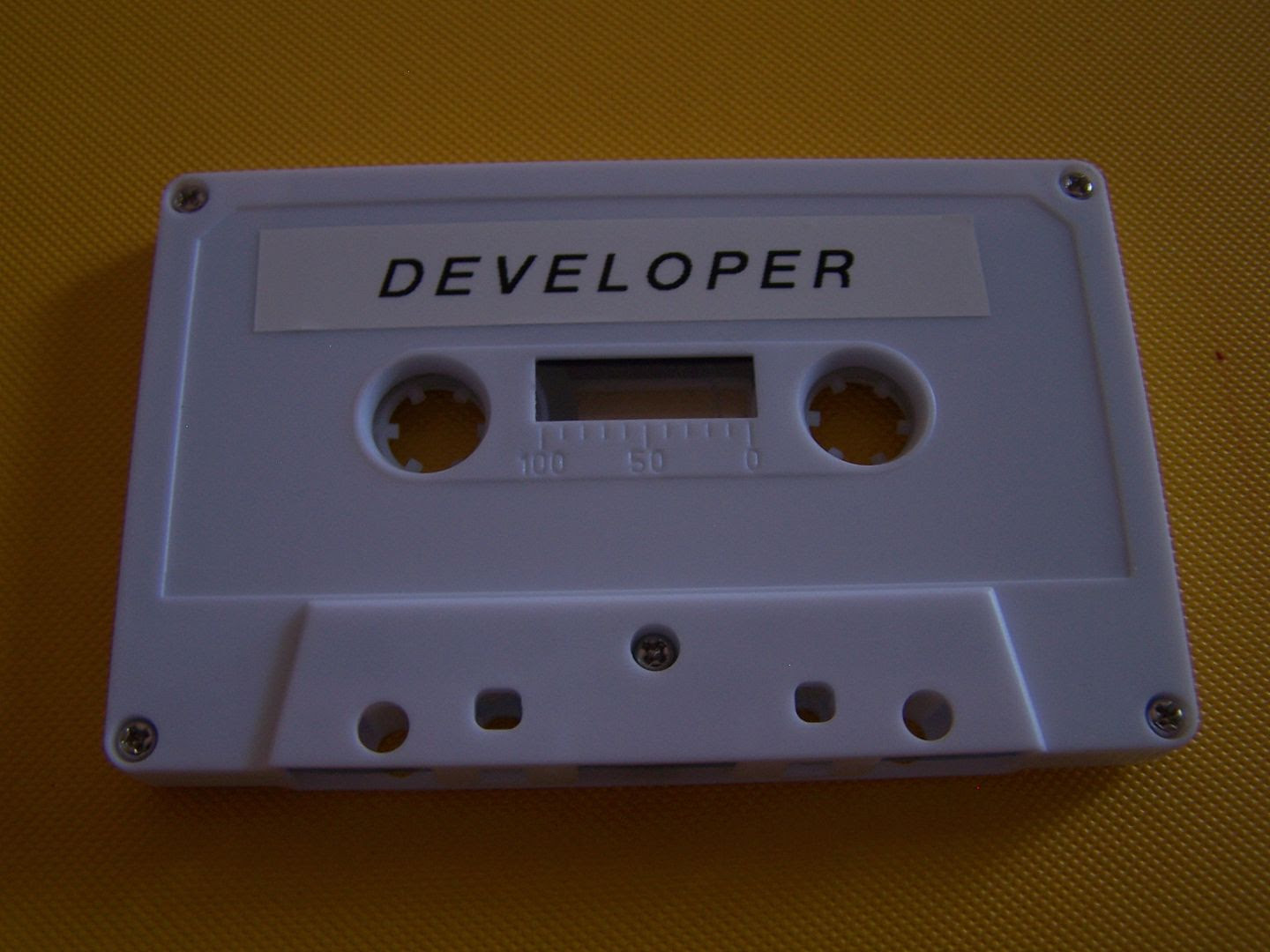 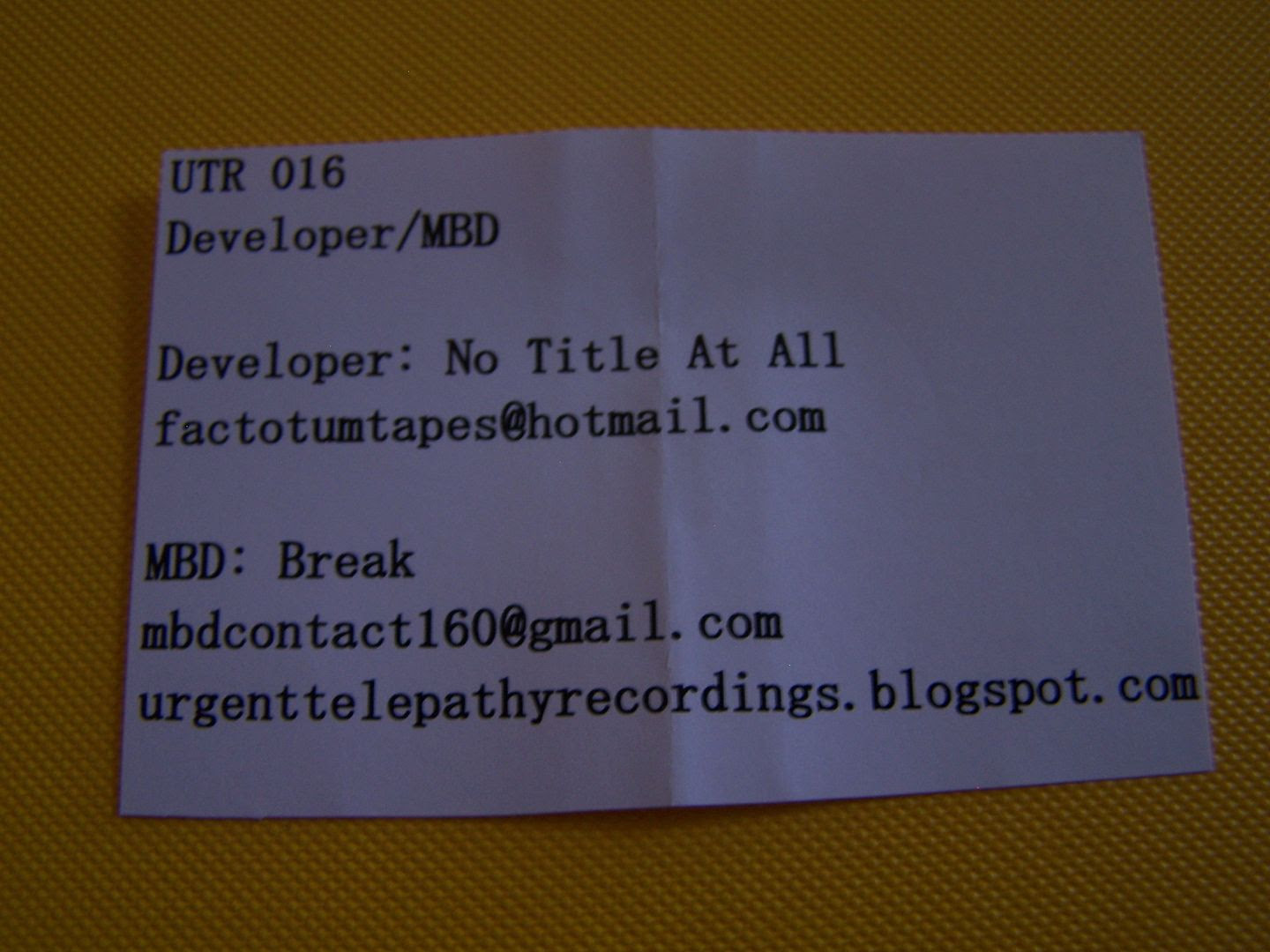 Posted by Joshua Macala at 5:01 AM