The first thing I like about this cassette is the artwork.   The fact that this band calls themselves the Bad Wheels and has cover art for their cassette that makes it look like a package for Hot Wheels is actually pretty sweet.   I'm not sure why, but in the almost four years now that I have been a father (and some times before that as well) our collection of cars has been limited to Hot Wheels and never really Matchbox.     The possibilities with this concept also can be expanded upon in some interesting ways as for one thing they could start giving away custom Hot Wheels cars with their cassettes (Just print out a Bad Wheels logo and stick it over the Hot Wheels logo) or- and this would be the ultimate for me- they could simply put their cassette into a plastic bubble with cardboard backing to look like a Hot Wheels car.  I'm not sure if a Hot Wheels car has ever come with a cassette, but if so, some sort of packaging like that which would combine both ideas might be worth looking into.

Of course that's all speculation on the future of Bad Wheels while this is their cassette that I am currently reviewing.     There are six songs on here- three per side- and not a one of them is something you would skip over if you were listening to this digitally.   They are all just that solid from start to finish and that's why they're perfect to be on cassette (No fast forwarding, no rewinding necessary)   The songs strike hard and they hit fast.    At first I hear some KISS in them for sure, and it's not just because Bad Wheels seems to like to sing about how much they love rock n roll.    Then I begin to hear some Zeppelin and, well, combing those two is actually quite different than what you might expect.    There are some more modern roots in here as well- something like Jet or Buckcherry, but I usually just pass everything that sounds like Buckcherry off as Black Crowes anyway because of how I feel about Buckcherry.

If I had to put this on some sort of scale for the ratio of modern to classic I'd say it's 15% modern at the most with at least 85% of the classic rock n roll sound, but you also have to think that this is being released in 2015 and so for obvious reasons this has to have some modern feel to it just because the circumstances surrounding it are not the same as if it was being released before cassettes were even invented.    Though it is worth noting that as much as I think back to that classic rock of the 1970's and even 1960's, I also can hear a bit of the 1980's and 1990's rock in here as well.   I'm talking about the big hair bands that grunge killed-- because, really, Bad Wheels is one ballad away from falling into the same category as something like Whitesnake (Though I am not saying I desire a ballad, I like that all the songs kick so much ass) and yet at the same time I have the feeling listening to this that I got when I first listened to the rock bands from the 1990's that I listened to before grunge took over and that's best summed up by Green Jelly and Ugly Kid Joe.   (But you have to listen to their full cassettes not just that one song you know them for, okay?)   So in that aspect of it, this also has good grounds to be on cassette because it definitely feels like something I'd have heard one song off of on the radio and purchased for $13.99 on cassette via BMG or Columbia House.

Overall, the final song "Watch Out" begins with these crunching guitar chords that remind me of something I might have heard off of a Fat Wreck Chords compilation- No Use For A Name for instance- and then it comes back around into what can best be described as fast paced rock n roll full of vocals which are just belted out to their fullest extent over killer guitar riffs.    I'm somewhere between the music in "Bill and Ted's Excellent Adventure" and the soundtrack to "Detroit Rock City", but within either of those soundtracks or just somewhere floating in between the fact is that this is a great example of rock n roll.    What Bad Wheels are doing is so amazing because they are crafting a genre created several decades ago and yet manage to breathe new life into it.   They are not rehashing an old genre, but rather redefining the limits of rock n roll itself.   This is something everyone needs to take notice of because it will undoubtedly become the measuring bar for decades to come. 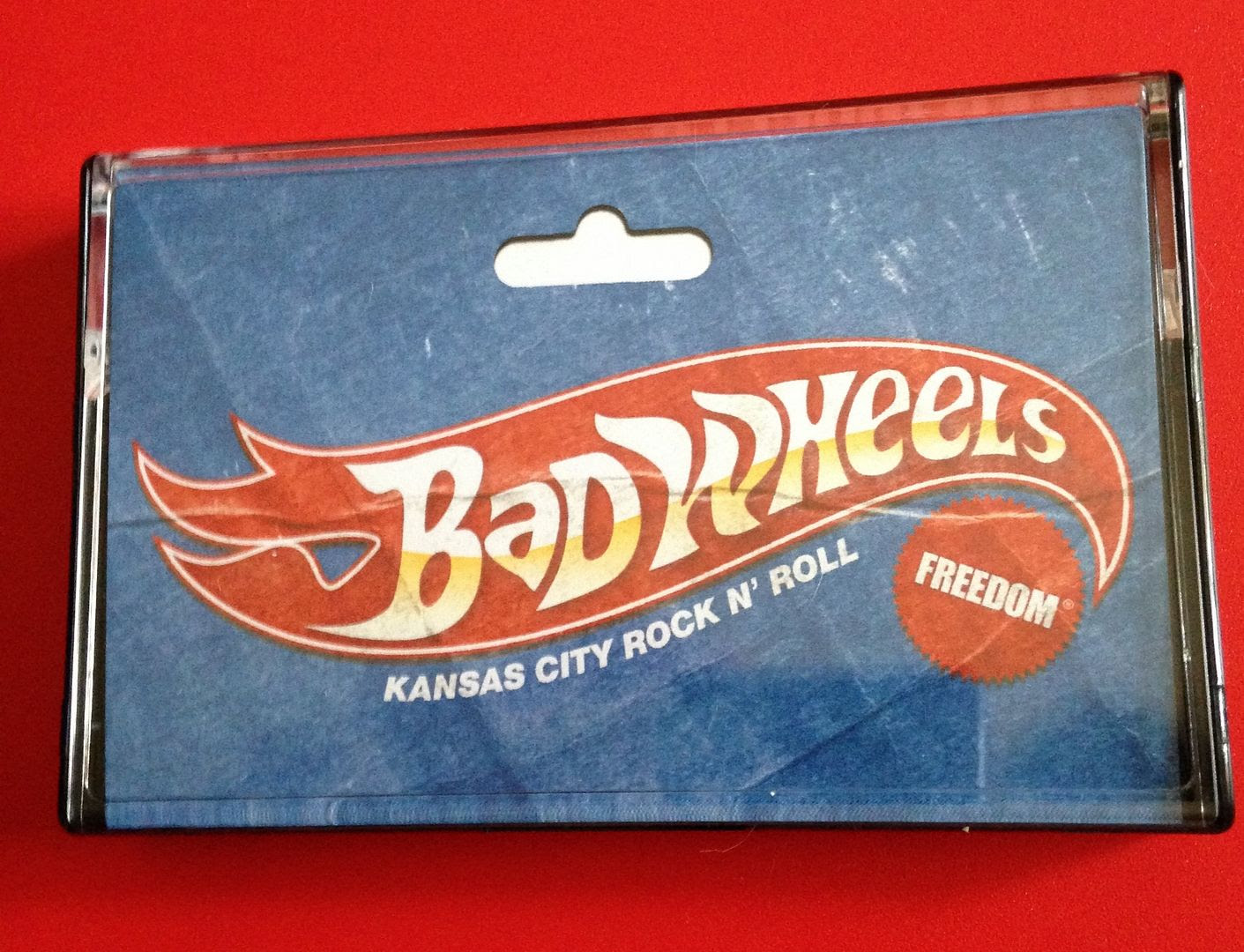 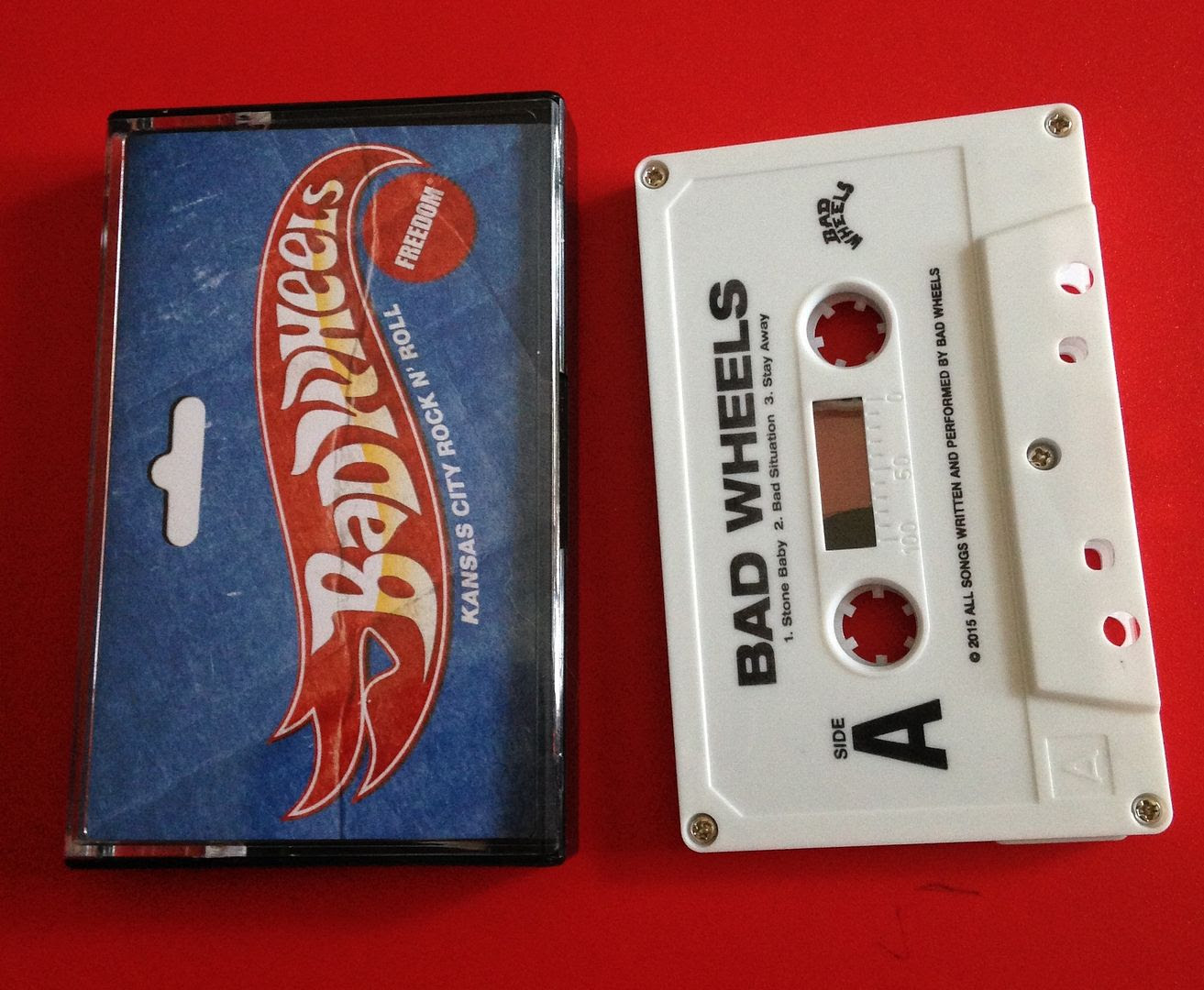 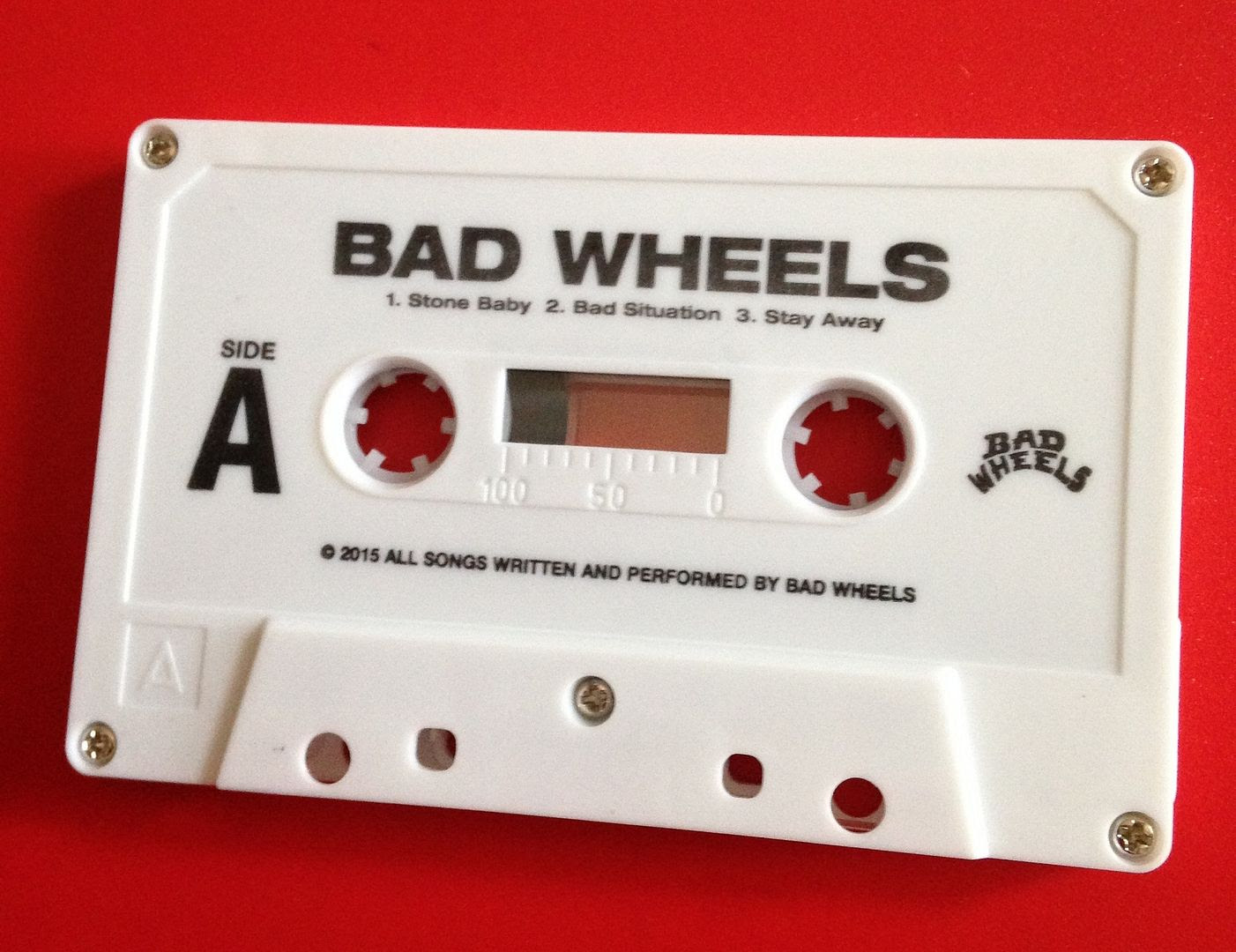 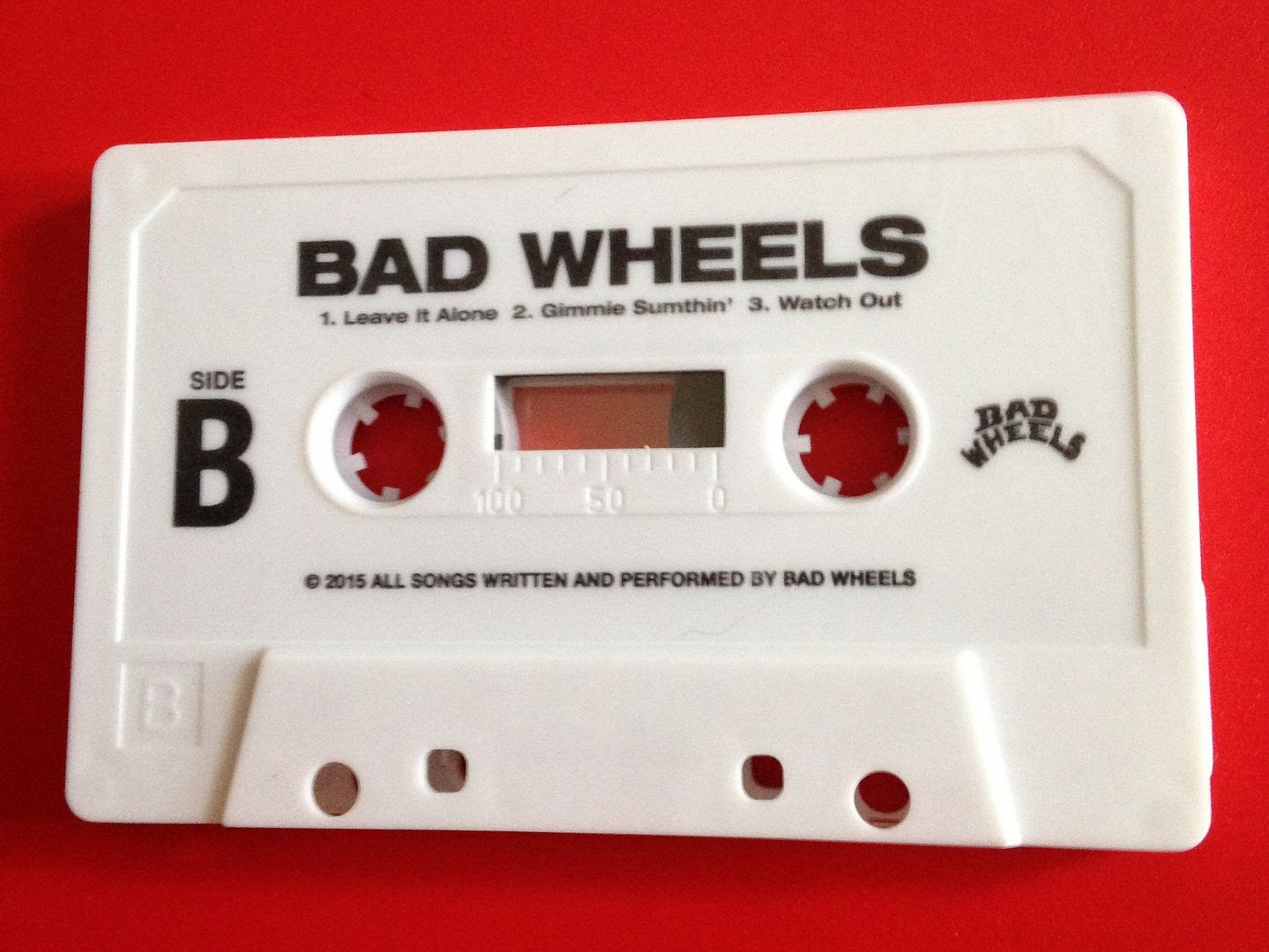 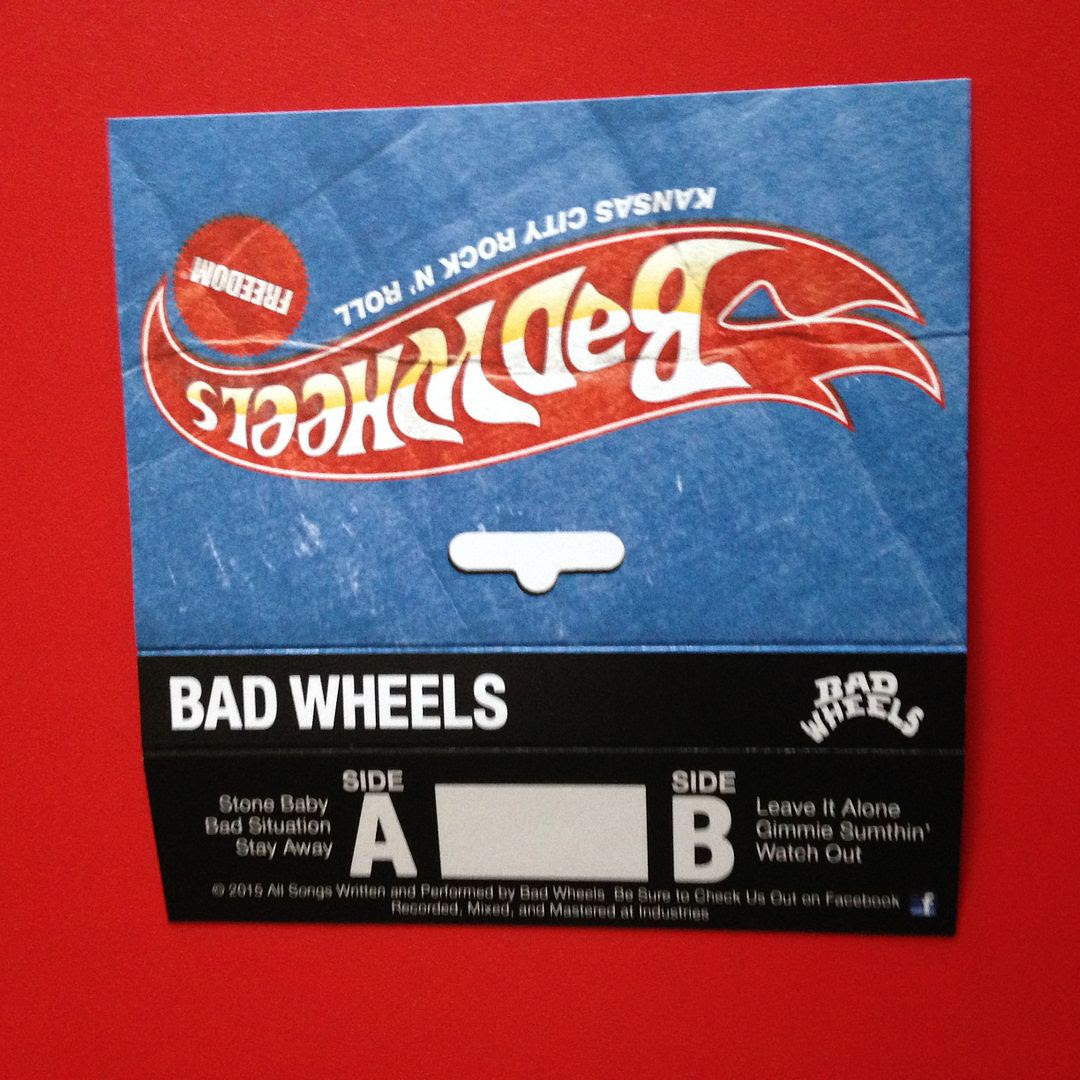 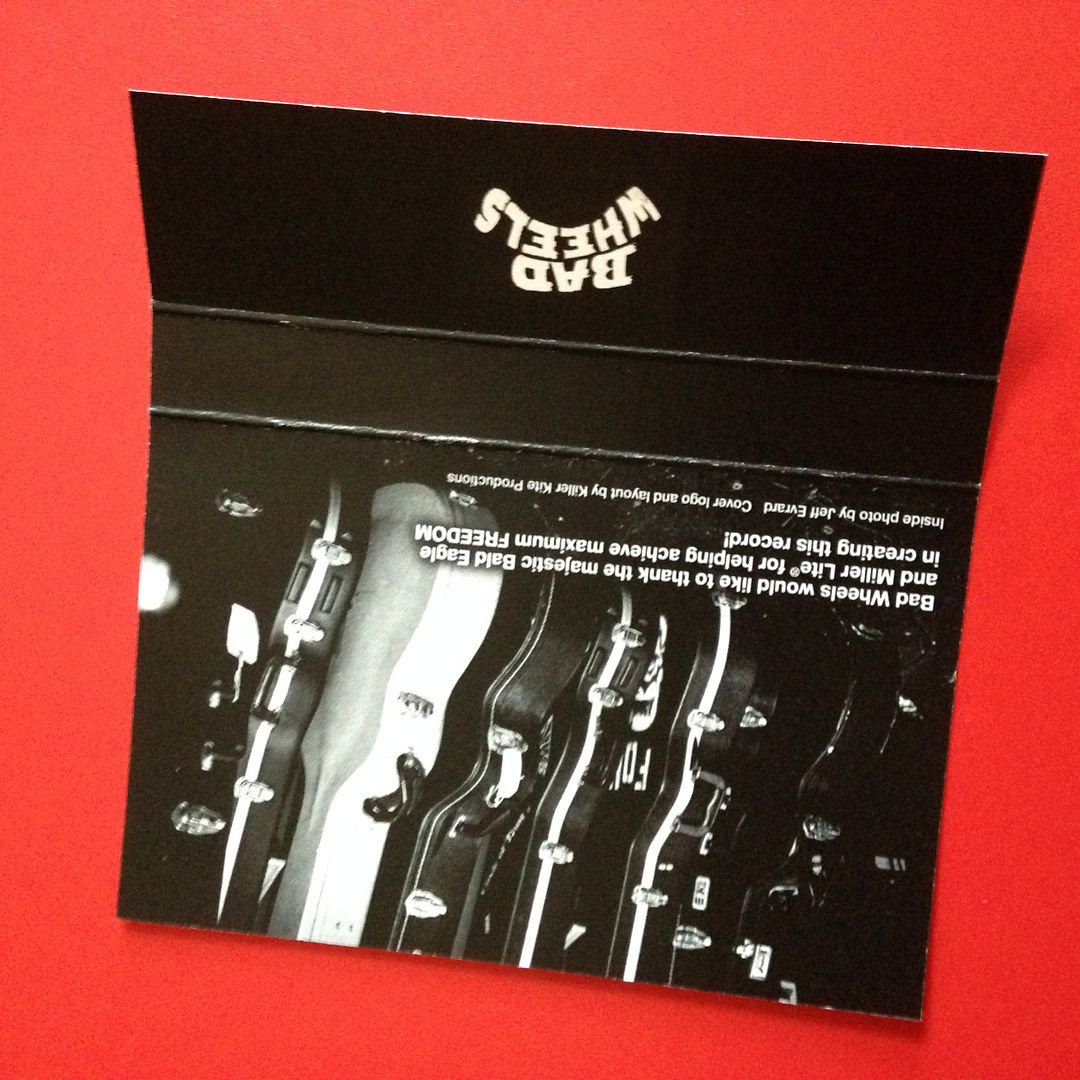 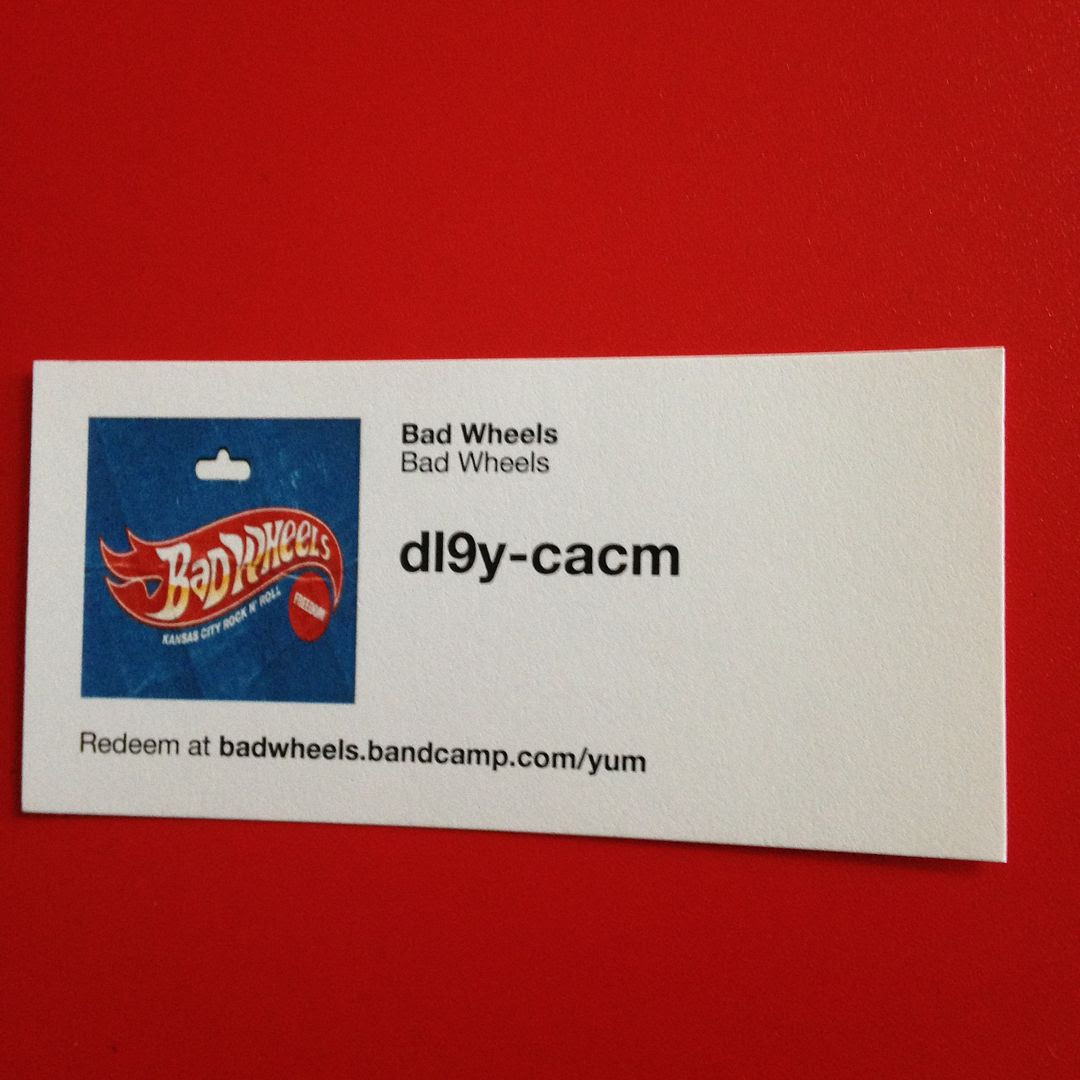 Posted by Joshua Macala at 8:39 AM