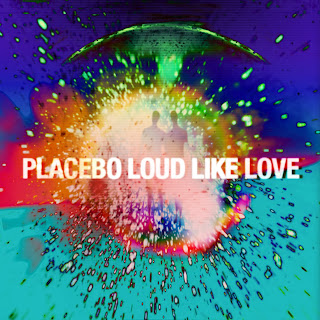 When I was eighteen years old, I worked in a record store.  Not a good record store, but rather a chain.   It was mostly good because different labels sent out promo CDs which we were allowed to have a go at, and other than one guy in a ska band no one shared my tastes in music so I was introduced to things like Vagrant Records for the first time.

There was this one rather weird guy that I worked with though, who loved Nick Nolte for some reason, and said to me that Placebo was the best band ever.  I knew them only for their most popular song, “Pure Morning”, at the time because most people recognized the chorus about a friend with weed being better.   This was an open window that seemed to last less than a year before it closed.

Now Placebo is back in this year of music and while they have some modern influences coming at, such as Green Day and The Shins, it should also be noted that Placebo themselves have become quite an influence on other bands that have come along since that time I worked for that company that is not out of business.  (I’ve worked for many companies that no longer exist, which is weird to me)

The best way for me to describe the hidden brilliance in this album is to point out one song to you, and that song is called “Too Many Friends”.   Based on the title alone, you’d think maybe this was a way of him bragging or if it was more like me saying “I have three friends, I need to get rid of one or two”.

When the song opens, the line that you first hear is “My computer thinks I’m gay / I threw that piece of junk away”.   Before you get a little offended, you start to realize that it might be true because I’ve been suggested far too many times things based upon I’m not sure what data that is not true of me.

Needless to say, emails asking me to join dating sites for singles, anything to do with retirement or finding a more comfortable bra go straight to my junk folder.  (Well, maybe that last one does apply to me a little)
The idea behind the song is how there are so many people that we are seemingly “connected” with on our computers and social media, yet will probably never meet in real life.  Having recently gone through a massive “friend” purge on Facebook, I can attest to the validity of this.

And there it is:  Something you might be offended about initially, but once you think it over you realize that it is true.   That really does make this album quite exceptional.
Posted by Joshua Macala at 3:55 PM