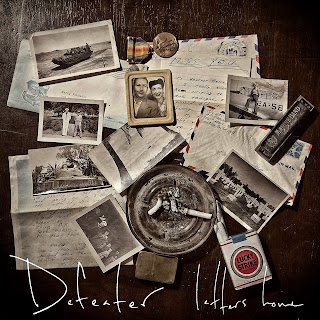 Though this album would have been better ten years ago, I am interested still in the Thrice/Grade/Reach the Sky/From Autumn to Ashes quality of Defeater’s sound.

I also really like the last song, “Bled Out”, if only because it has the line “I am no one and I am nothing” which leads into “I beg but death don’t come / that fucking coward”.

Also, from the first to last track we revisit the idea of the bastard in me, which also reminds me of As Cities Burn and gives me this overall feeling of ACB, which is nice because I do like them as well so, yeah, this is one of those screamo bands that I actually do like in… 2013… oddly enough.
Posted by Joshua Macala at 8:33 AM