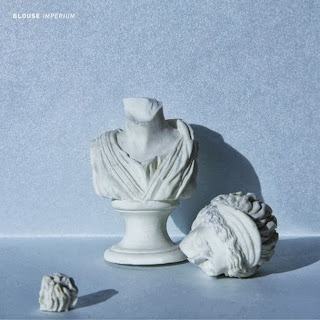 I read that this band released a new album and I immediately thought that I wasn’t going to like it.   I thought I had heard them before but then when I put it on I thought, “No, I must have been thinking of some other band”.   Then I remembered the band called Bleached and thought maybe they were the ones I didn’t like and Blouse was something I hadn’t heard or reviewed before.

And then I went to the archives.   I found out that I did review Blouse’s s/t album and apparently decided that no matter how much good there was in it, the bad just outweighed it too much.

In my previous review, I compared Blouse to Blondie and I still the similarities between the two.  However, this time around I tend to find “Imperium” to be less boring than I wrote their self-titled album to be.

I may not consider myself a fan of Blouse yet, but I am slowly being won over I guess you’d say.

And yes, now I need to go sort out what the band Bleached is all about since I may or may not have written them off unjustly.
Posted by Joshua Macala at 5:03 AM