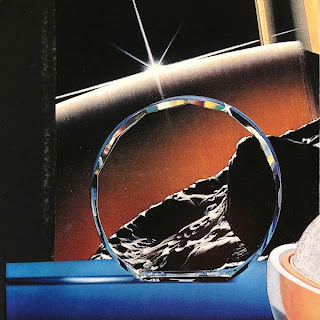 Much like label mates Panabrite, this release from Grapefruit embarks on a nine song journey of electronic instrumental goodness.   I used to think that record labels were just releasing music by bands that either a) They thought could make them money or b) They liked/were friends with/were a member of/etc.   While the second of those two statements is probably truer for the labels that I frequent and the first can be more for the labels I am trying to stay away from these days, I feel like “Stolen Highway” is a reflection of Constellation Tatsu as much as it is the band Grapefruit.

While I am not certain of any direct correlation between Panabrite and Grapefruit, I will research it independently from this review, I must say that the two albums are very nice accompaniment pieces to each other.

Grapefruit has more of an upbeat feel to the music at times, as well as a certain long whirring synth sound, so the two bands are not identical but rather more like siblings or cousins.

After hearing this tape from Grapefruit and the one from Panabrite, I would be hard pressed to want to own one and not the other.   It’s like a new pair of shoes: what good is one without the other?
Posted by Joshua Macala at 6:15 AM