MP3 REVIEW: Echoes of Silence “With the Sky Below Us and the Ground Above”

The first song on this might confuse you into thinking it’s an audio clip, but I do believe it’s just one of the band members speaking over some brief music.  It sets the same tone nonetheless, as the rest of the songs can come out somewhere between FNL and ambient music. 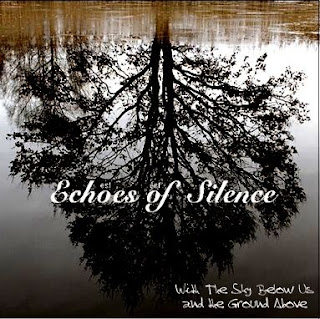 Can I just call this Ambient Night Lights?

Amongst other things, these songs could be a symphony.  They resemble The Beatles, but who doesn’t?  They also might favor Coldplay a little bit, but I prefer not to think about that.   The overall mood on these tracks is peaceful and relaxing, even when a song like “Ebb and Flow” comes on, which can kick in heavy like post rock or even post metal.

The more that I listen to bands that seem ambient or FNL (or ANL even), the more I appreciate bands such as Echoes of Silence for truly excelling at what they do in every aspect of it.
Posted by Joshua Macala at 6:02 AM