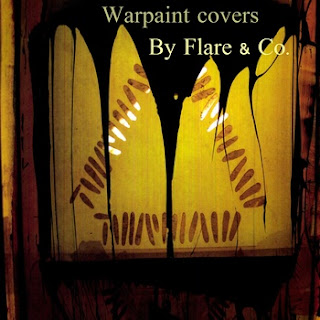 Two covers, of “Undertow” and “Krimson”.   They have a more folk/acoustic sound to them, but I’m enjoying them and if you are a fan of Warpaint already you’ll probably like them as well.  My only fear with this is that they just nail the vocals so well that this band might reflect too much of Warpaint in their other music and just be known as a lesser version of Warpaint, but we’ll see.   It’s also something that could be easily remedied by them covering two Nirvana songs.  (I suggest “Pennyroyal Tea” and “Something in the Way”)

(Editor's Note: Upon further research into the Band Camp page, this is apparently just a solo project of someone who has a band.   I'd still like to hear those Nirvana songs though)
Posted by Joshua Macala at 4:28 PM